There is a izakaya near Funabashi station that I had wanted to go.
The name is “Jane” and the izakaya serves southeast Asia foods .

We ventured to go to there and we found it was full with reservation, but the waiter said that we could stay until 8 p.m. It’s about one hour.
Because it was Sunday, many good restaurants don’t open, so we decided to have light meal there.

To cut a long story short, The shopkeeper wants to say, “Once you are into my house, spend lots of your money.”

Actually he says he want have small profits and quick returns on his homepage.

I took a interest in such a aggressive shop 😛 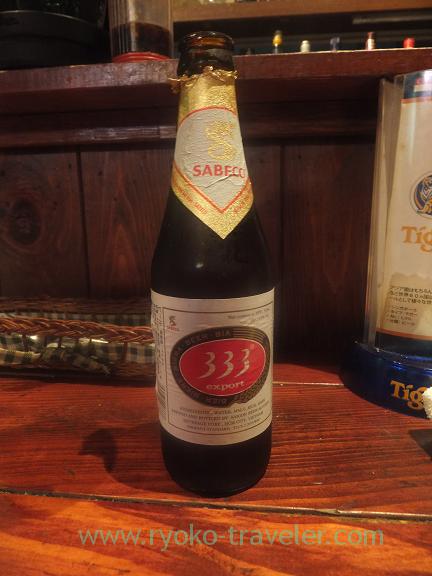 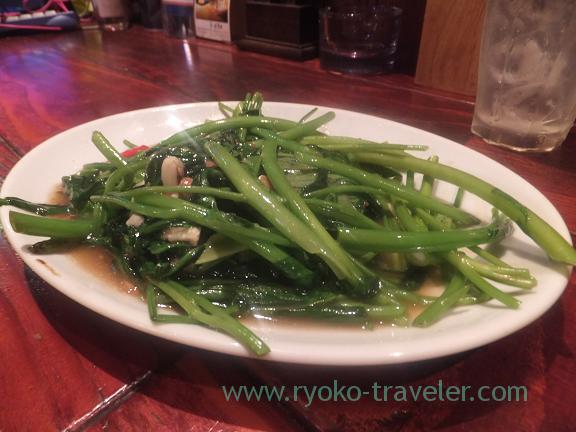 The dish was simple. Only water spinach. But it was nice. 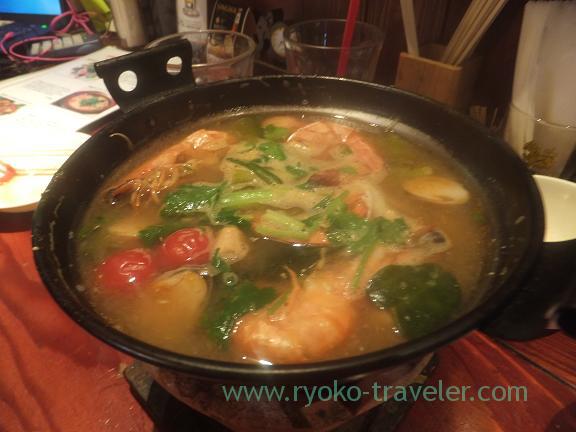 It is a standard of Thai food 🙂
I don’t like sweet tom yum goong. But it wasn’t. I think it is universally acceptable. Not too sweet, and not too hot. 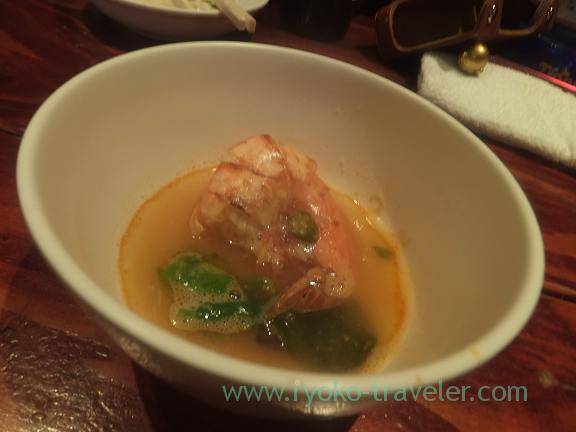 I don’t remember its name, but it was really good. Its skin was springy and jelly-like. If I remember right, it is vietnamese dumplings. 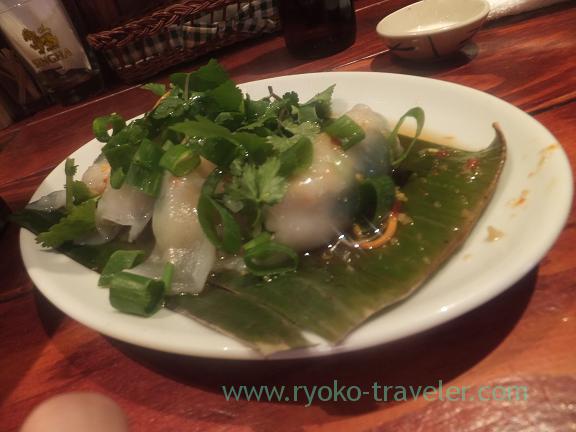 And, time was up there.

Those dish had common taste against the shopkeeper’s saying. And the prices are so-so.
I felt comfortable at the shop.

The shopkeeper says the shop serves over 130 kinds of dishes…
Does he say true ? I want to try…

There is a curry restaurant that is named "Rhino" within 15 minutes walk from Monzen-nakacho station. The restaurant s...

Bolt's made a part of history of spicy curry in Japan I tried a restaurant that is close to my house and I had wanted t...

After eating Funabashi sauce ramen, we went to Kinshicho to eat kakigori and anmitsu. The shop's name is Hokusai Sabo,...

I had been invited to Yamadaya again, so I went to there. :D I can remember the day when I went to there by this pictur...
(Closed) Ginza : Italian Dinner at Yamagishi Shokudou (山岸食堂)
(Closed) Tokyo Skytree sta. : Bristly crab and turban shell curry party at Kareinaru curry