May 5, Children’s day.
I went with my friends, a total of 8 people, to a cozy little restaurant.

It took about 20 minutes by bus from JR Ichikawa Station bus stop. The restaurant name is

It is a private house itself ! 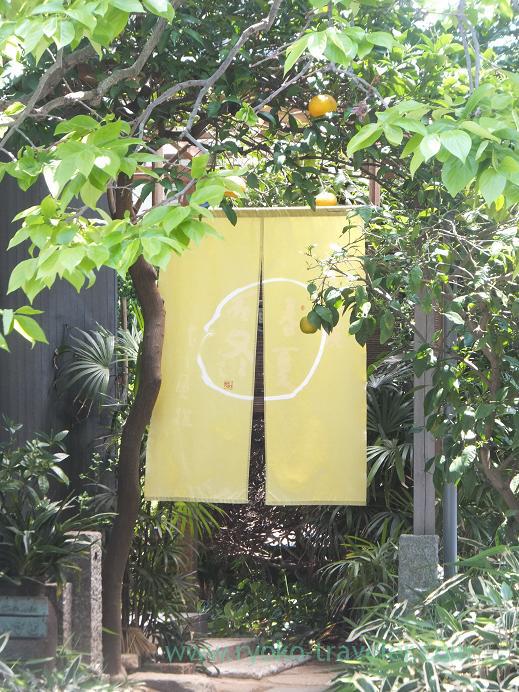 This day’s soba came from Togakushi of Nagano. 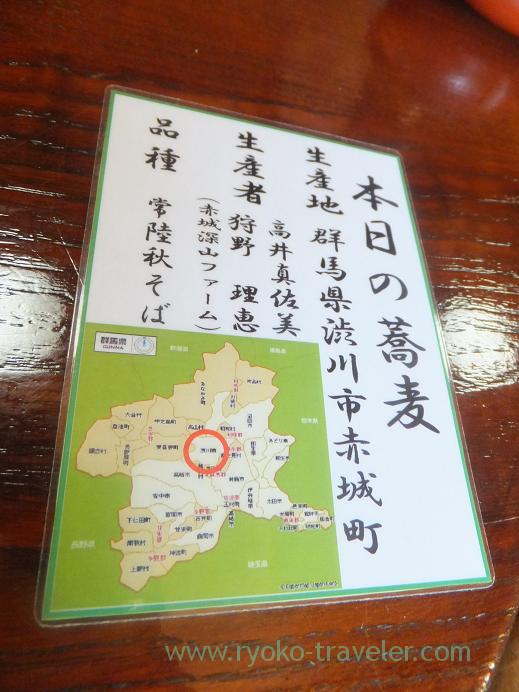 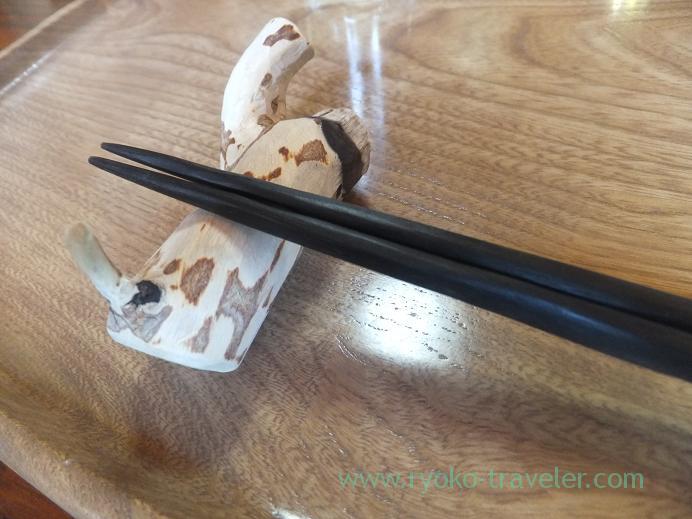 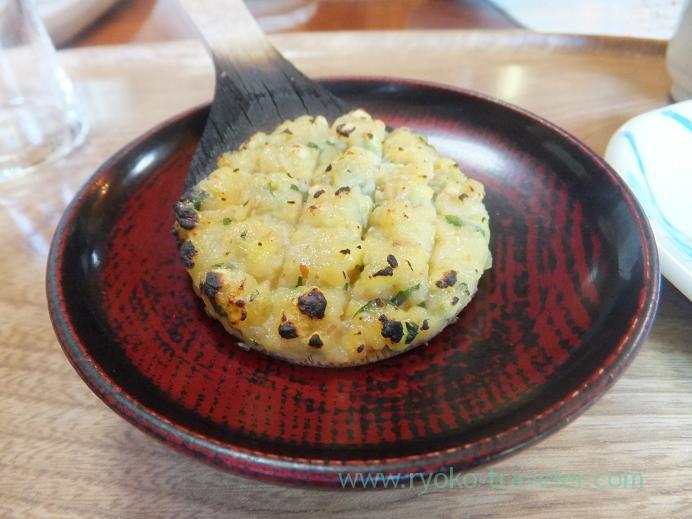 I like such a miso 😀
It seasoned with plenty of ginger. 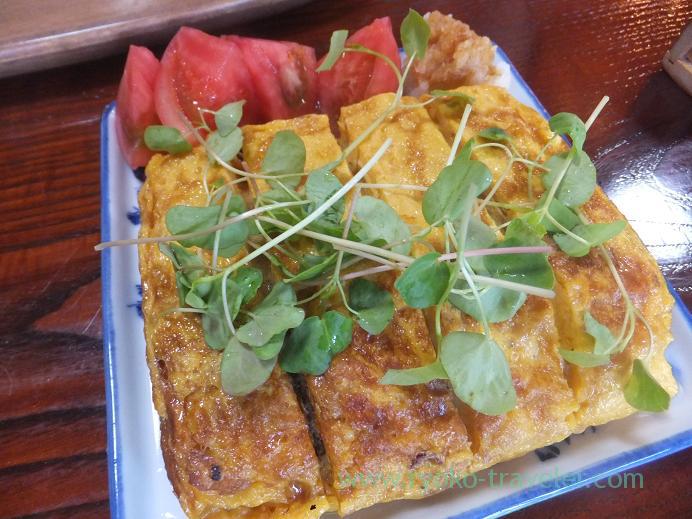 There was a moist feeling and it tasted good. It had some pieces of duck meat in it. 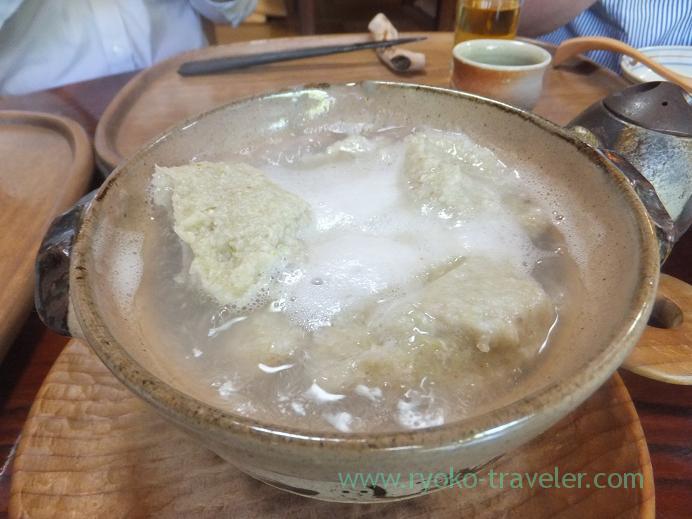 It was springy and tasty, so I thought it contained grated yam. But the chef said “No. 100% buckwheat powder !”. Wow !!! I can’t believe !
Only buckwheat powder made such a springy texture. Amazing. 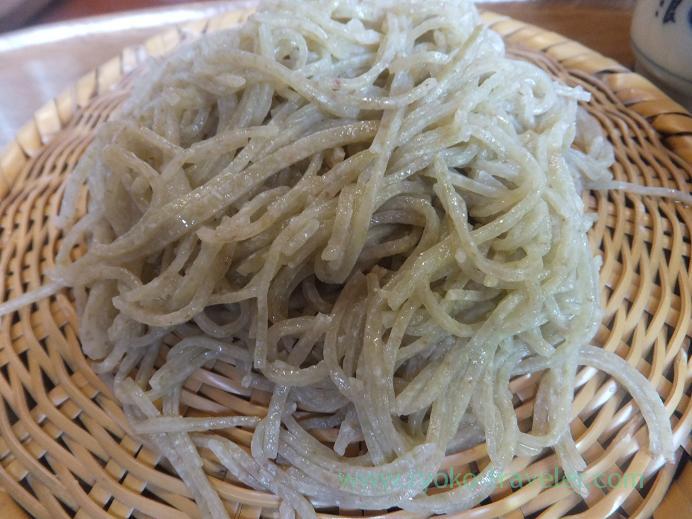 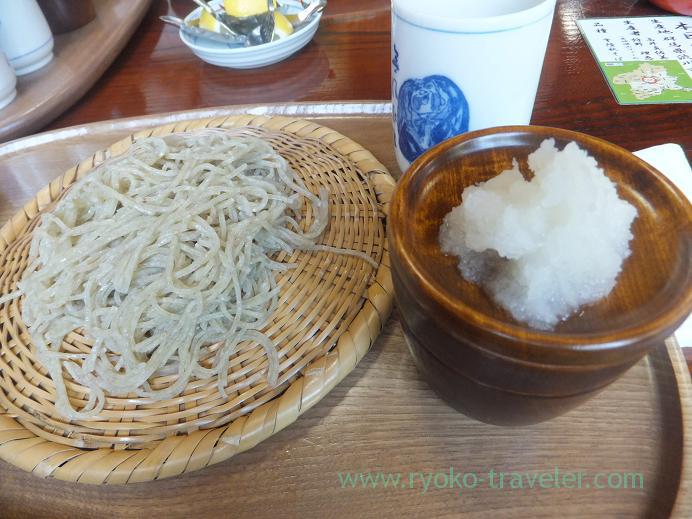 Putting squeezed juice of a lemon into soup. So novel way of eating soba!
And I hadn’t eaten such a fine soba ever.
I couldn’t find the smell of soba at all because of hay fever. How disappointing ! 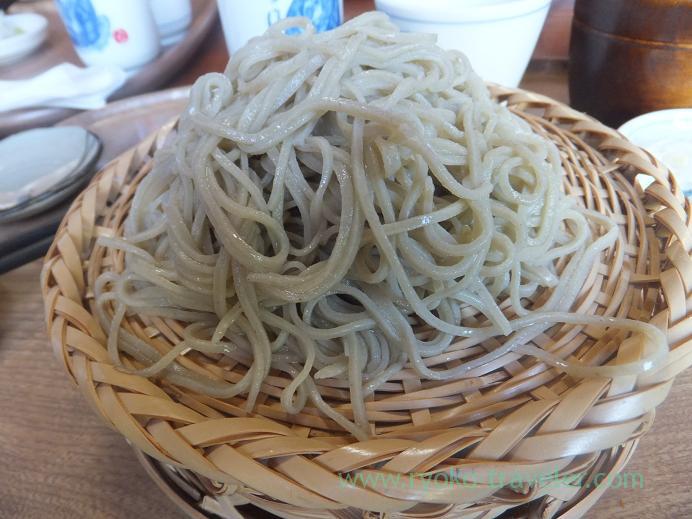 It felt smooth, and sure went down well. It tasted good, too.
Well, I wanted to eat it with hot soup 😛

I can’t tell which was better for me,,,,both were good. But, if I could have second helping of soba, I may have had nihachi-soba. 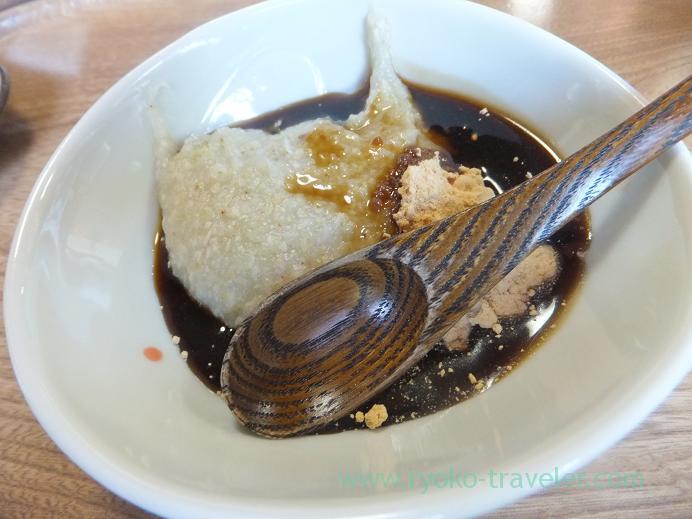 The soba restaurant is near Junsai(water shield) pond. 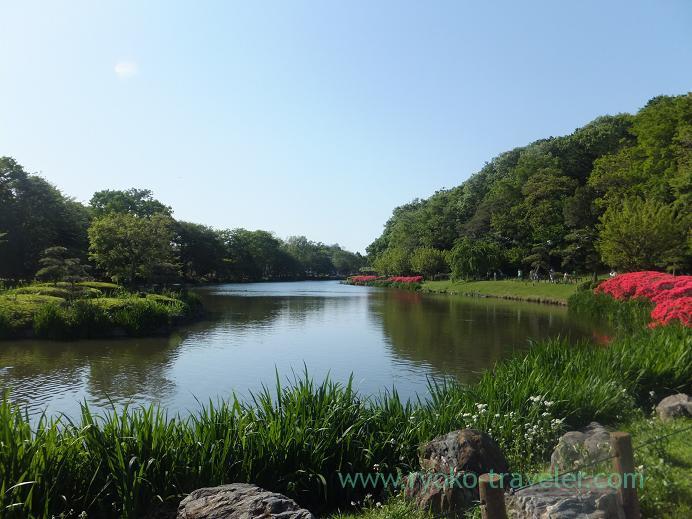 Tortoises basked in the sun. Were they fun ? 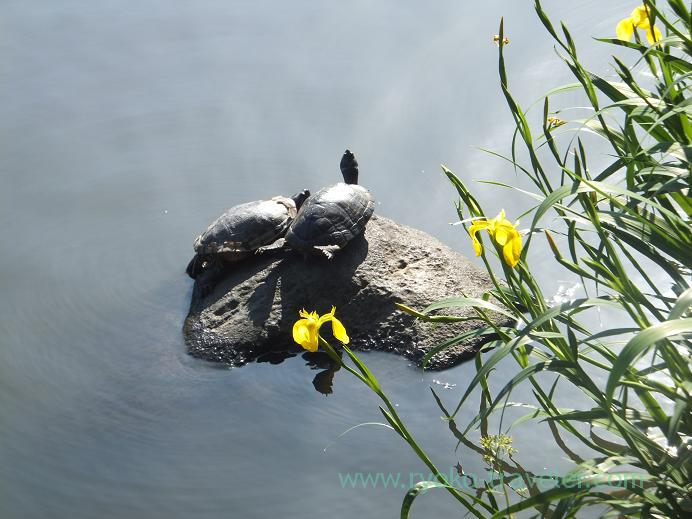 Basking in the sun. 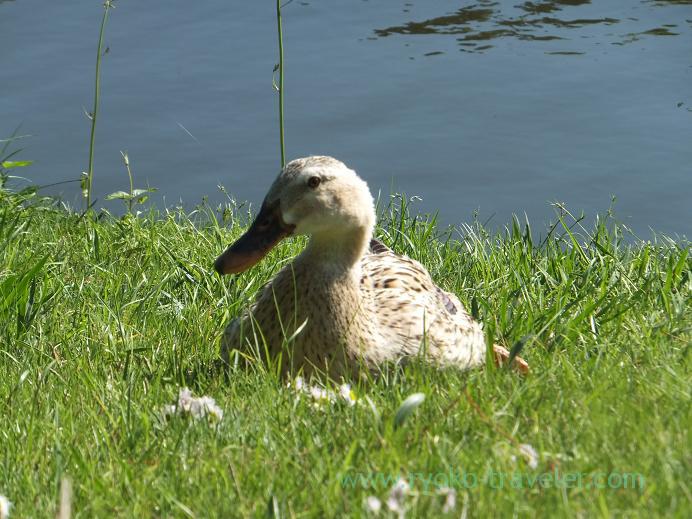 Then we moved to Kameido.

It was a final day of the wisteria festival at Kameidoten-jinja Shrine.
But only this wisteria trellis and another one were in bloom.
Most of wisteria wasn’t in bloom yet. 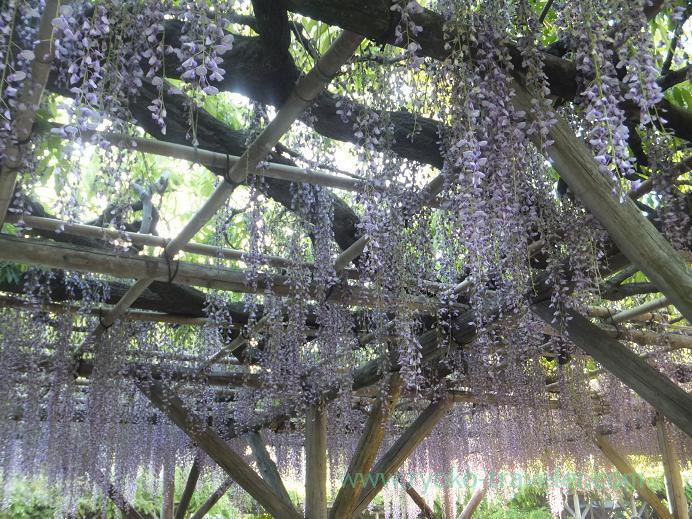 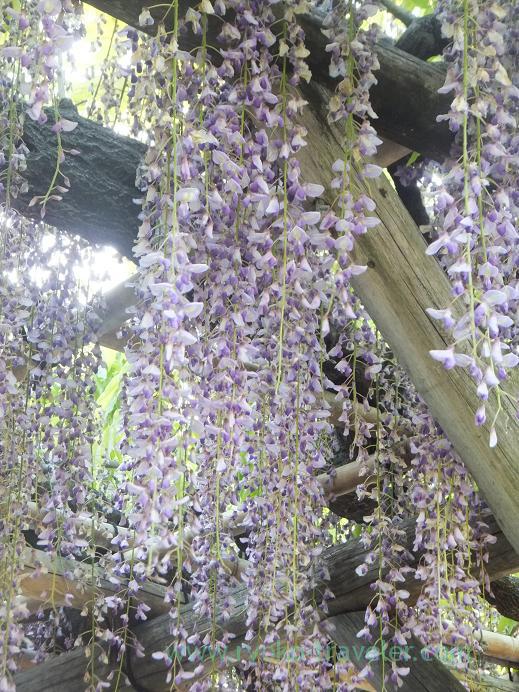 And I came here again 🙂 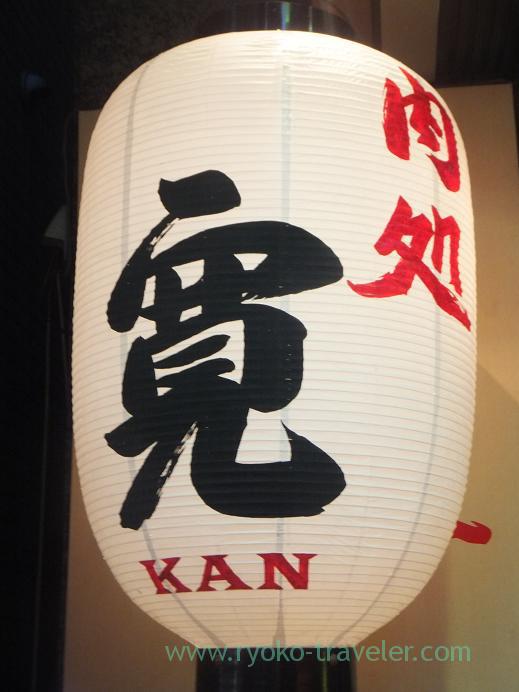 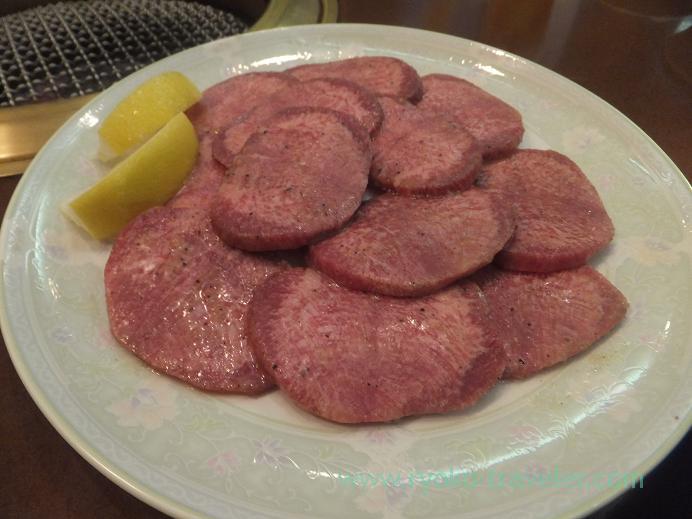 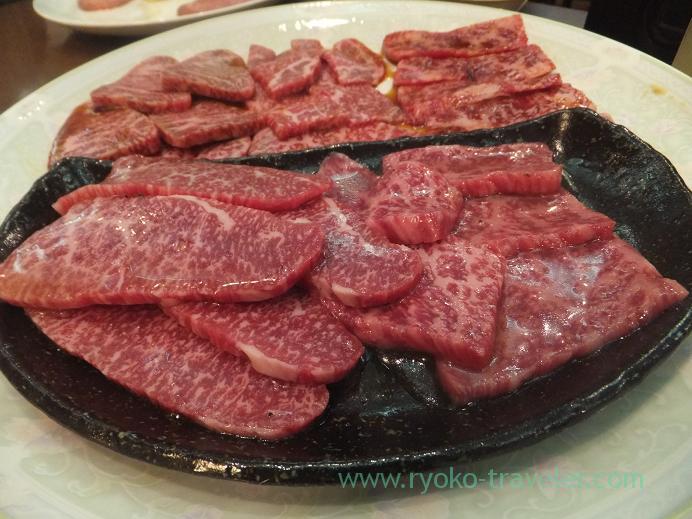 Oh, my !!! I don’t remember those parts of name at all. Nevertheless I remember once, I fogot all.

There used to be a dark and gloomy alley in front of Funabashi Station. There also used to be a old izakaya along the al...

Because I wasn't satisfied with shrimp ramen at Ebikin before (Of course, it was good as shoyu ramen), I went to shrimp ...

We need cold sweets in such a muggy summer (Funabashi)

The hot and humid days continue. The temperature went up to almost 40 degrees Celsius (104 F) around here a few days ...

I went to eat yakiniku at "Seiryuen"  the other day. I went to the restaurant for about the two times that day. Namul a...