I’ve been to cheap izakaya near Funabashi station. 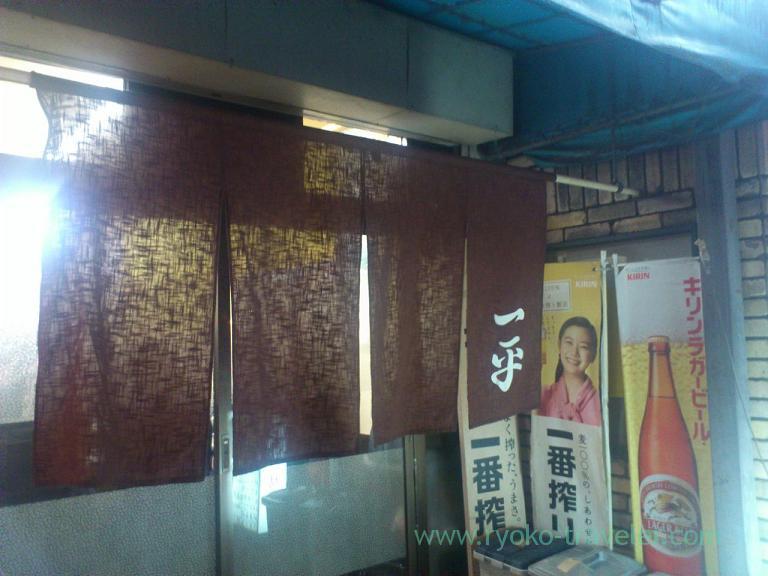 Speaking of cheap izakaya, it is inexpensive, yummy, unclean, narrow, being full with middle-aged men. No woman can go into there by herself.
But that day, my friend (man) took me to there.
I could count on him entirely.

At first, he ordered this shop’s well-known food. 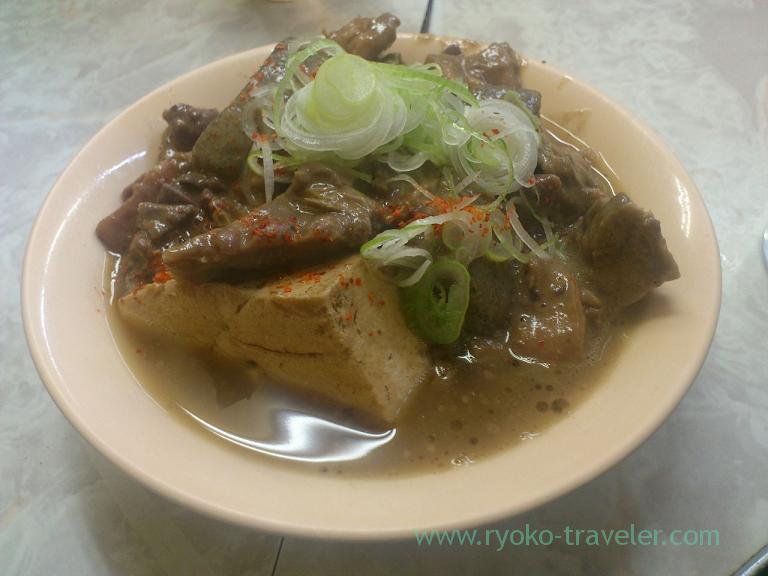 It was boiled to a pulp.It lives up to all the rave reviews it got.
I felt like drinking up the soup!
By the way, my sour was watery. The sour was only 300 yen. It’s inexpensive, so it couldn’t be helped … ? 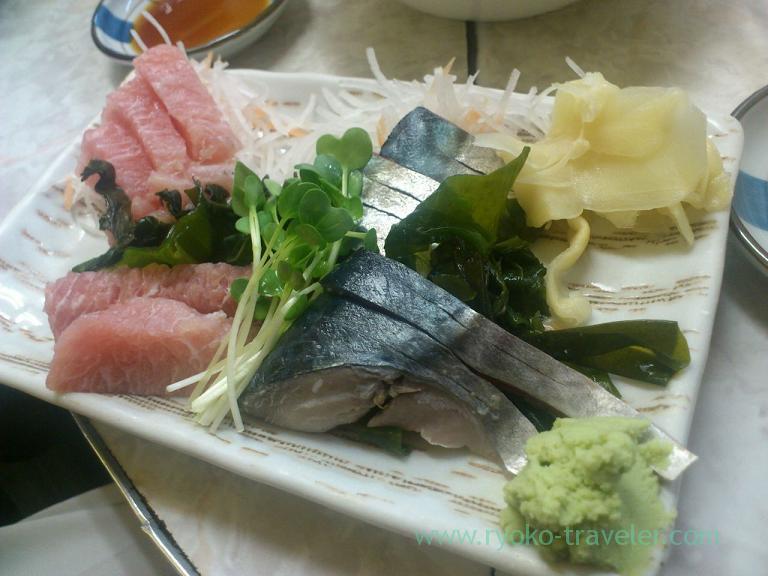 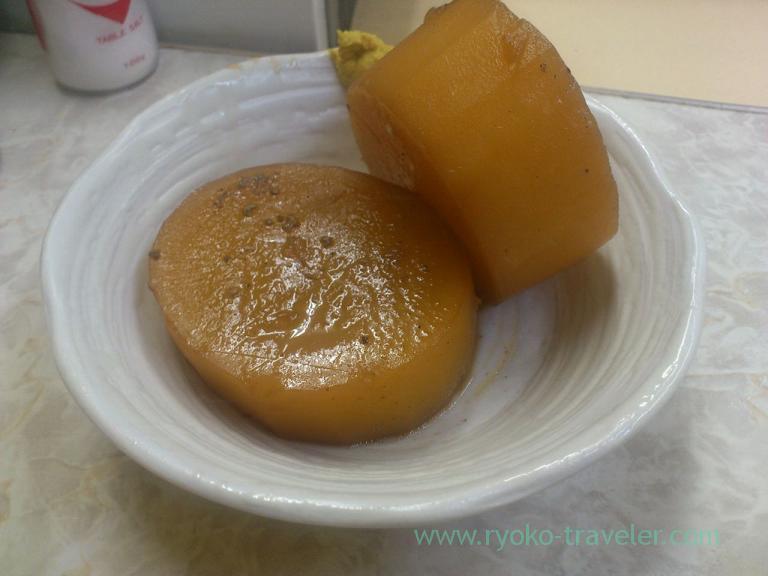 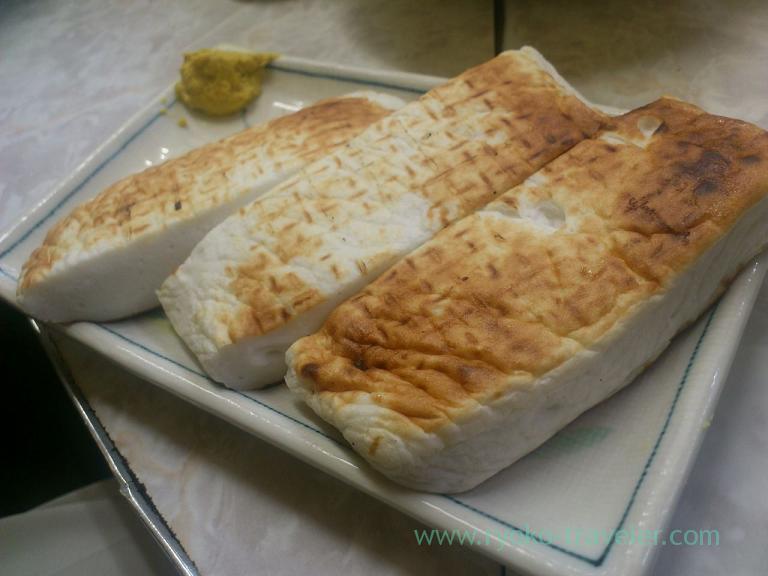 It is pounded fish cake.Like sponge. 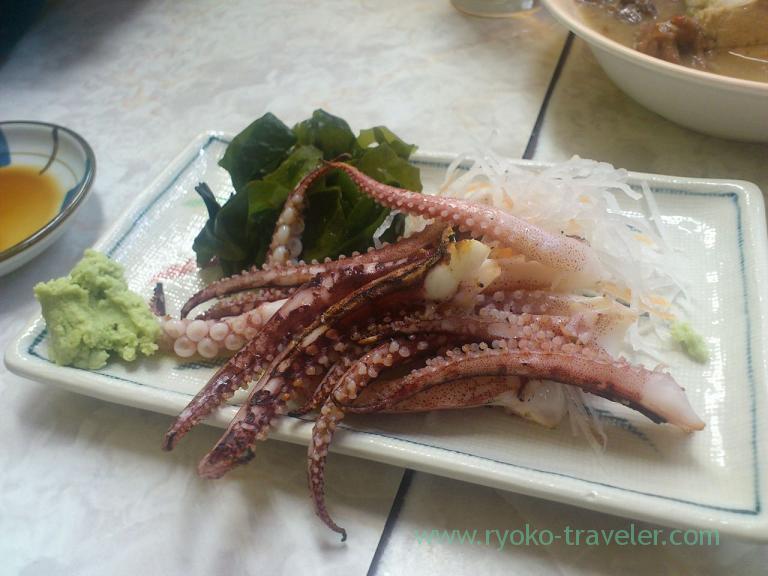 Ippei serves so many foods.
Almost all foods are cooked simply,cut, boiled or grilled.
But those foods are tasty. 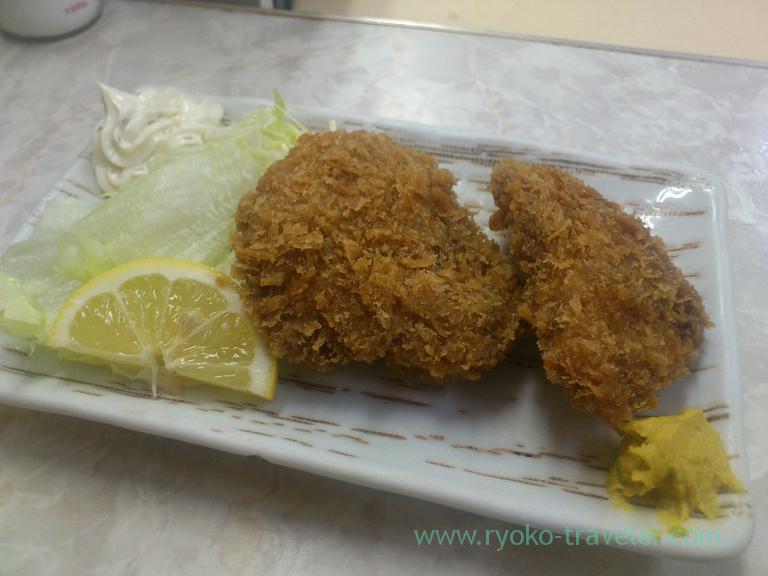 Such red lantern is a sign of cheap izakaya 🙂 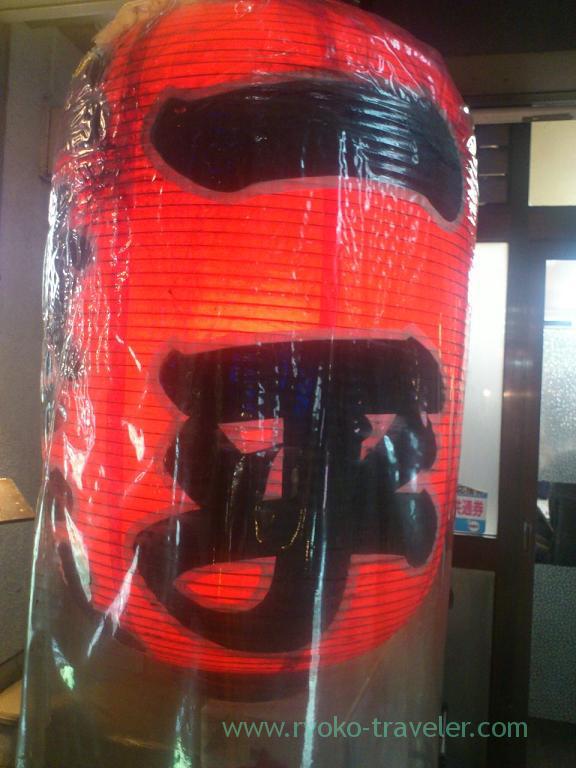 I want to go there again soon.

But Won’t be able to enter the house by myself all the same.
It’s a heaven for middle-aged men X-<

One day cold night, I had dinner at Ningyocyo for getting warm with eating warm foods. Historic architecture :D Appeti...

My friend got valuable coupon ticket at coupon site and she invited me to the restaurant with her tickets. The restauran...

I heard that there is a tasty avocado dining bar restaurant close to Funabashi station. Nevertheless I love avocado and...
Takaraya (宝家) in Monzen-Nakacho
Sapna (サプナ) in Motoyawata