We went to il tram in Kiyosumi Shirakawa area again to have November dinner course.

il tram is a little far from the closest station, but it is always fully packed with people who reserve in advance. 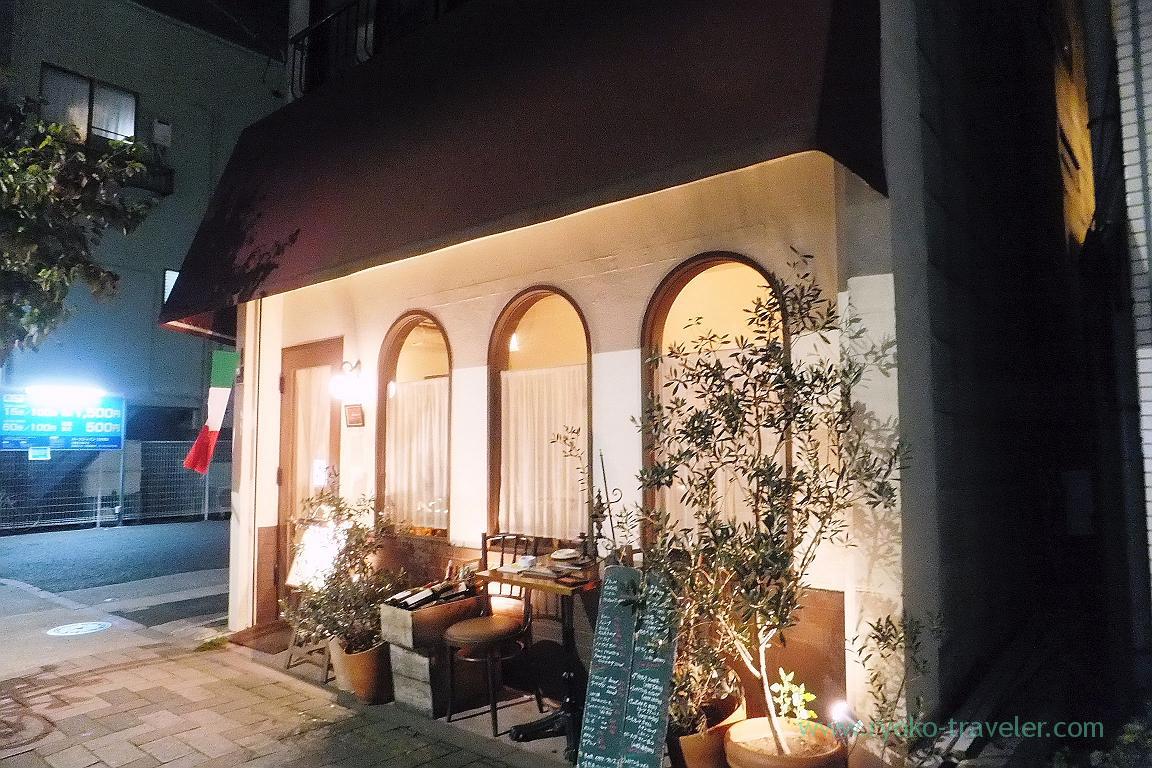 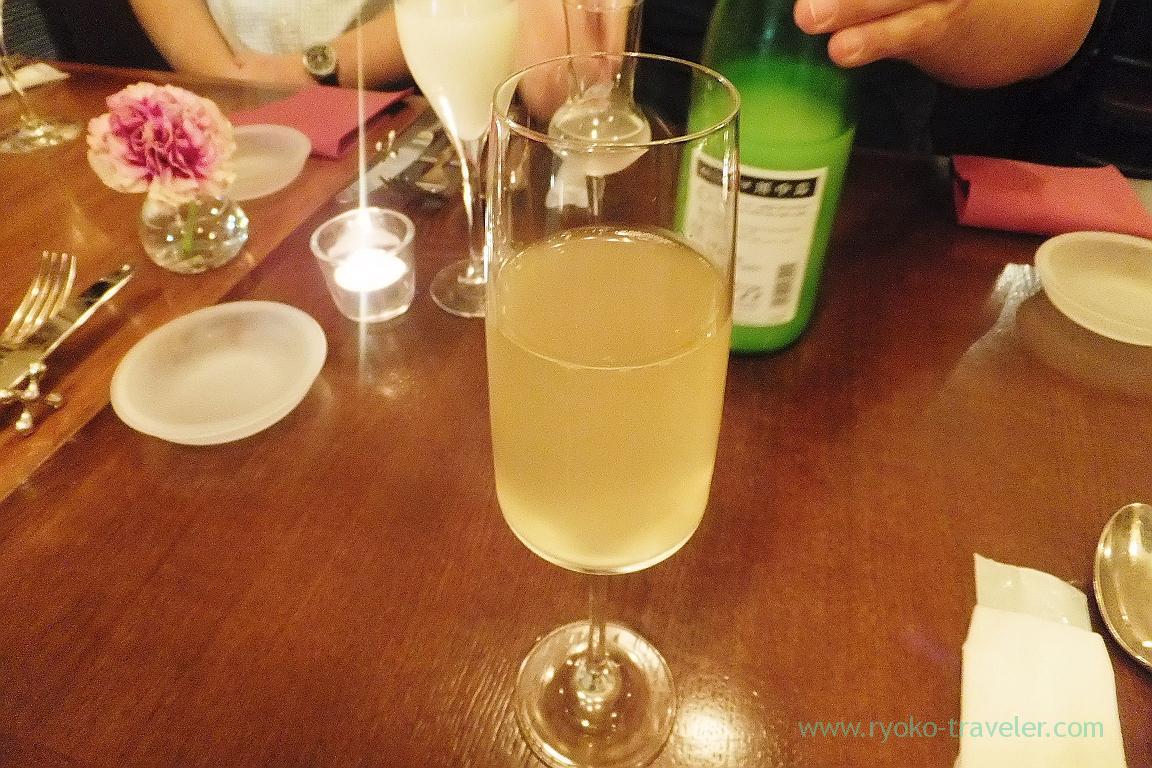 Some foods were as same as last time, but each of them were different from last time’s a bit. 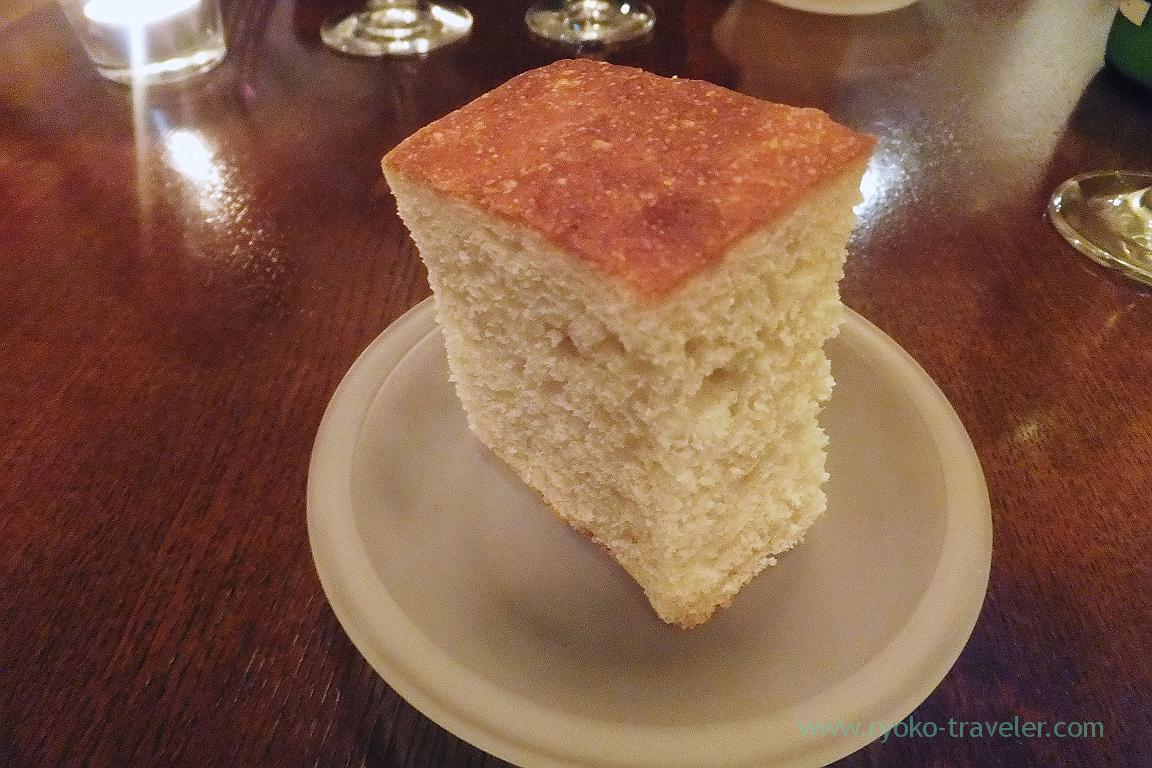 Some kinds of mushrooms brodo with sudachi (いろいろな茸のブロード すだち)
We ate it last time,too.
It was more flavory than last time, and I understood after the chef’s description.

The number of species of mushrooms was one more than last time. 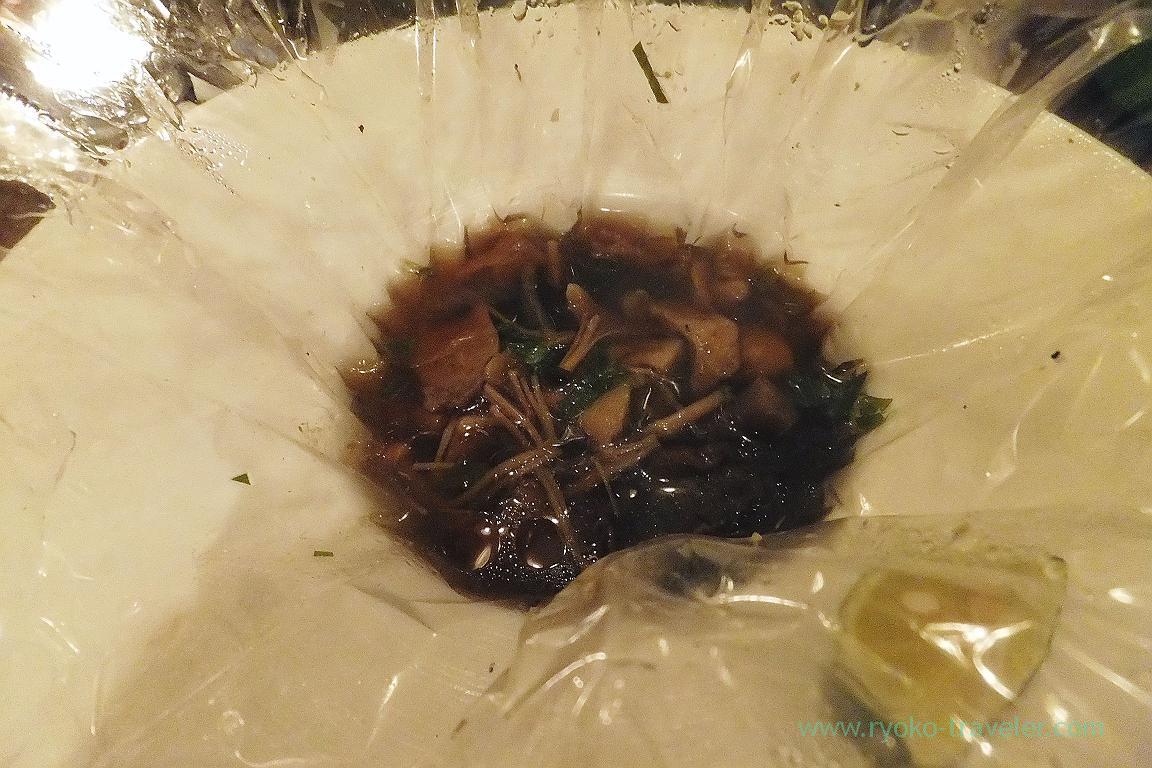 Oyster was in the course as I expected ! Men ate it in one bite, but I ate it in two bites. It’s very happy that I have small mouth 😛
They ate it up in one bite quickly, but I could enjoy it twice ! It was slightly baked and marinated with cubed cucumber and herb.
Oyster precot with cucumber and herb (牡蠣のプレコット 胡瓜と香草) 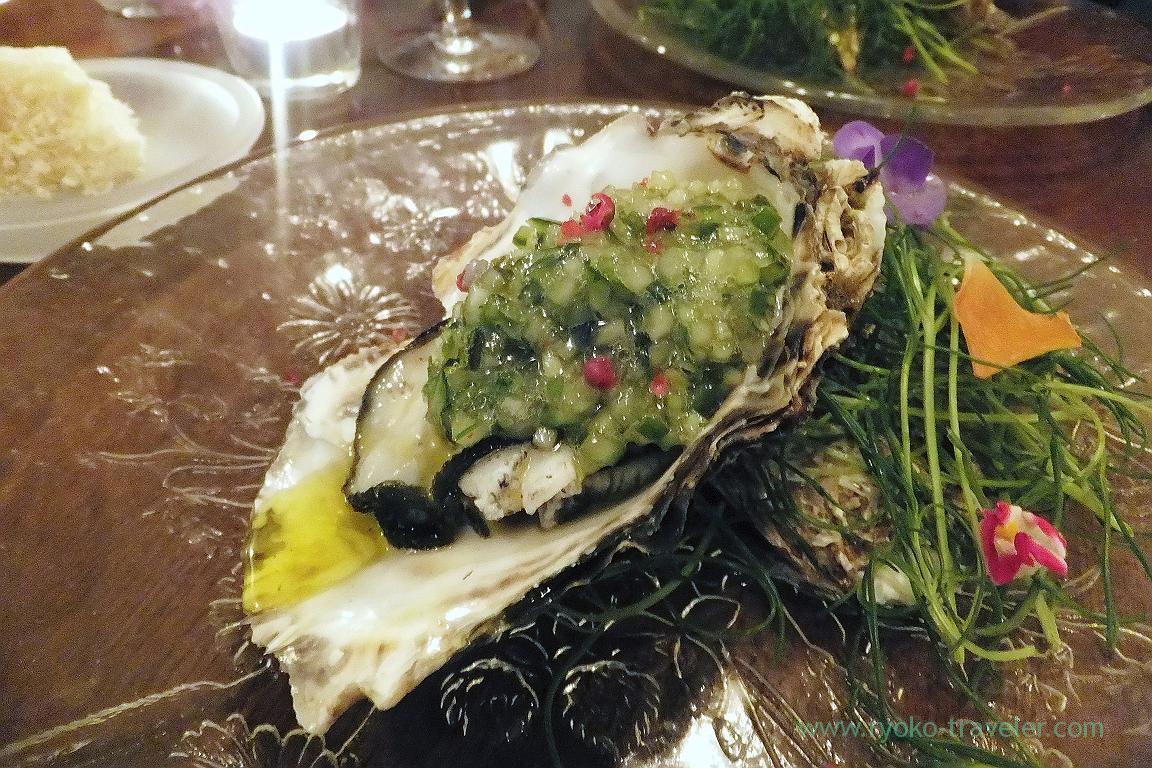 Wild enoki mushrooms with half-boiled egg and maitake mushroom and Italian rice sauce (野生エノキの温製 半熟卵 舞茸とイタリア米のソース)
we ate it last time, too.
But it was far better than last time! (of course, last time’s was splendid,too) 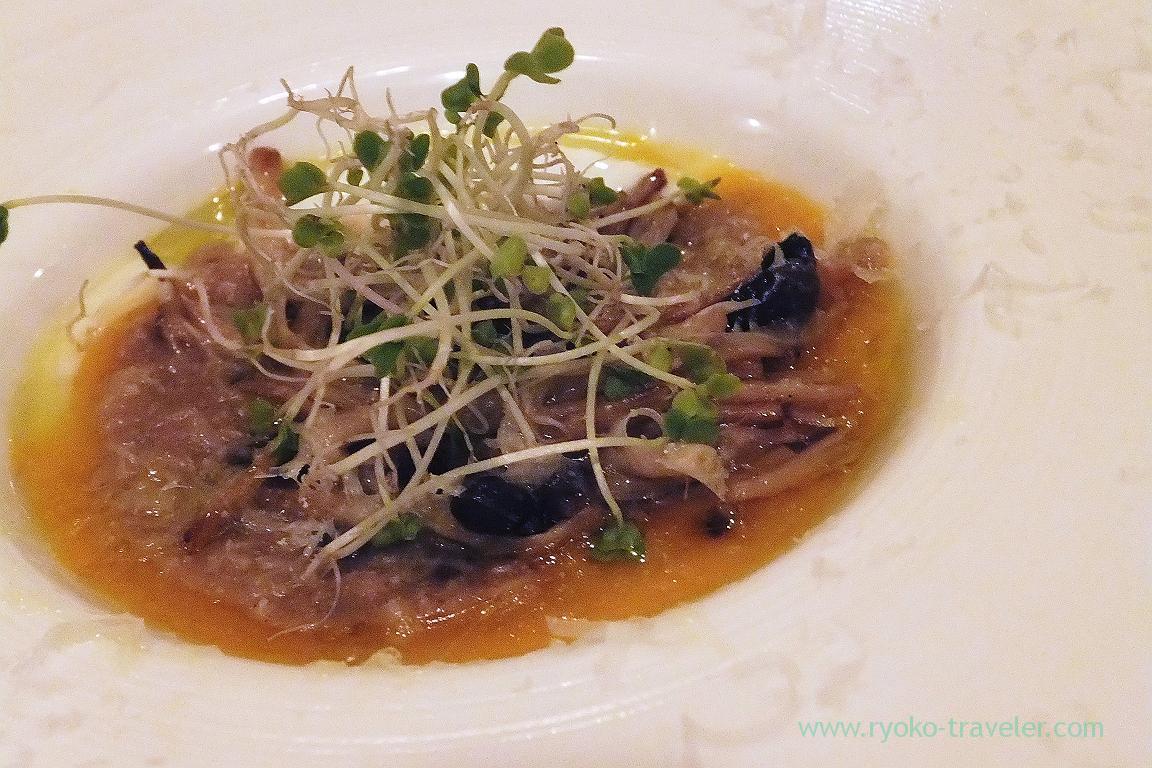 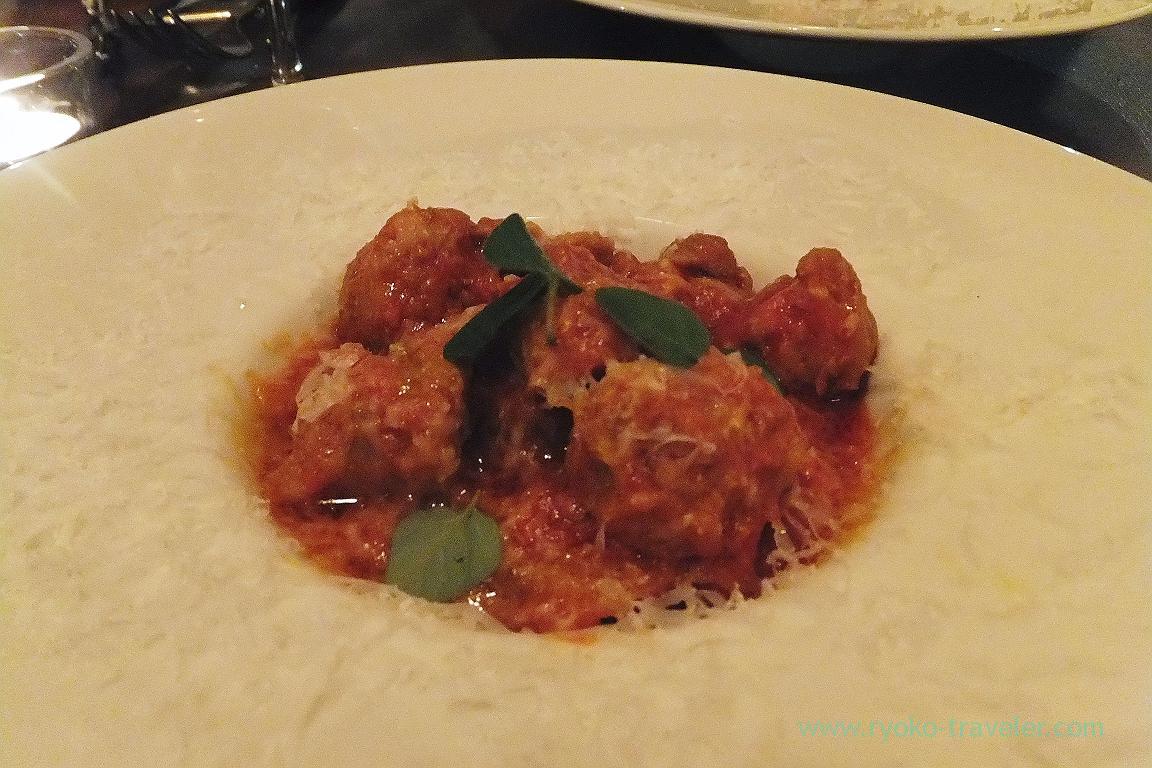 Roasted ducks brisket from France with polenta having green pepper flavor (フランス産鴨胸肉のロースト グリーンペッパー風味のポレンタ)
Sliced corn was under the meat.The duck meat was chewy but tasty. 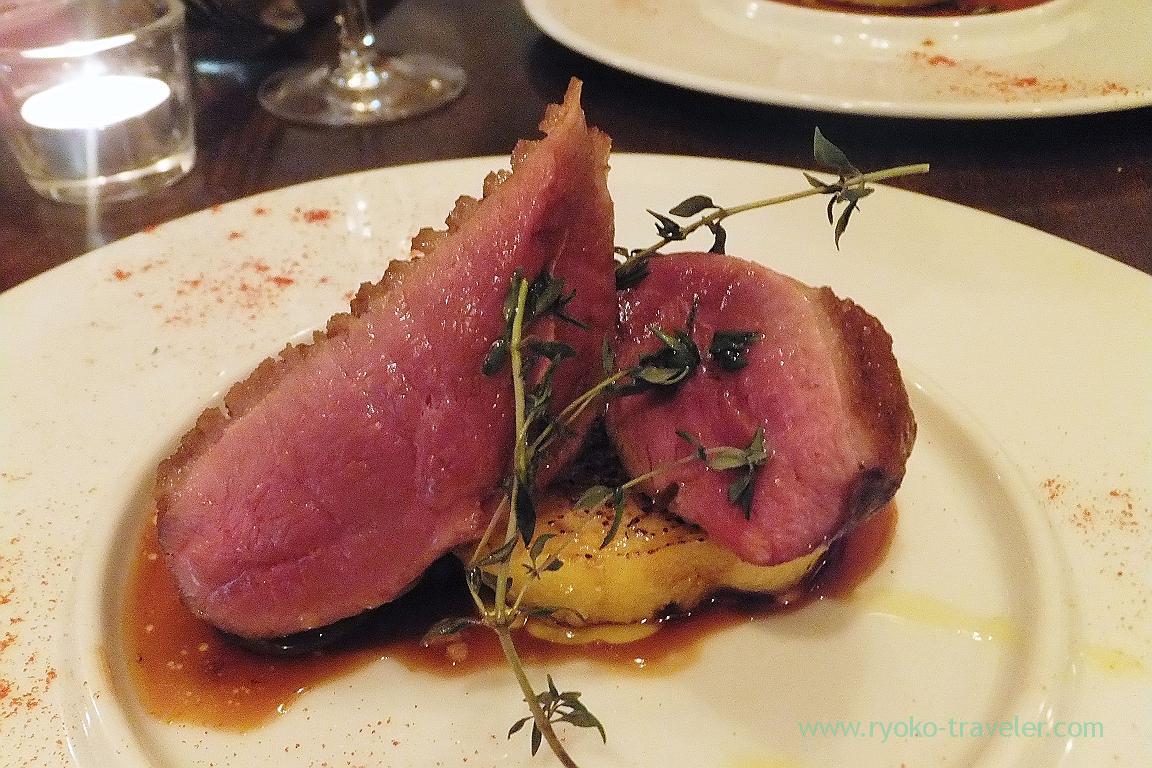 Last, dessert wine was served.
Mirin …. oh my ! But it was like sweet wine !