My friend asked me to join dinner at il tram the other day. Of course, I went to there in the heavy rainfall. 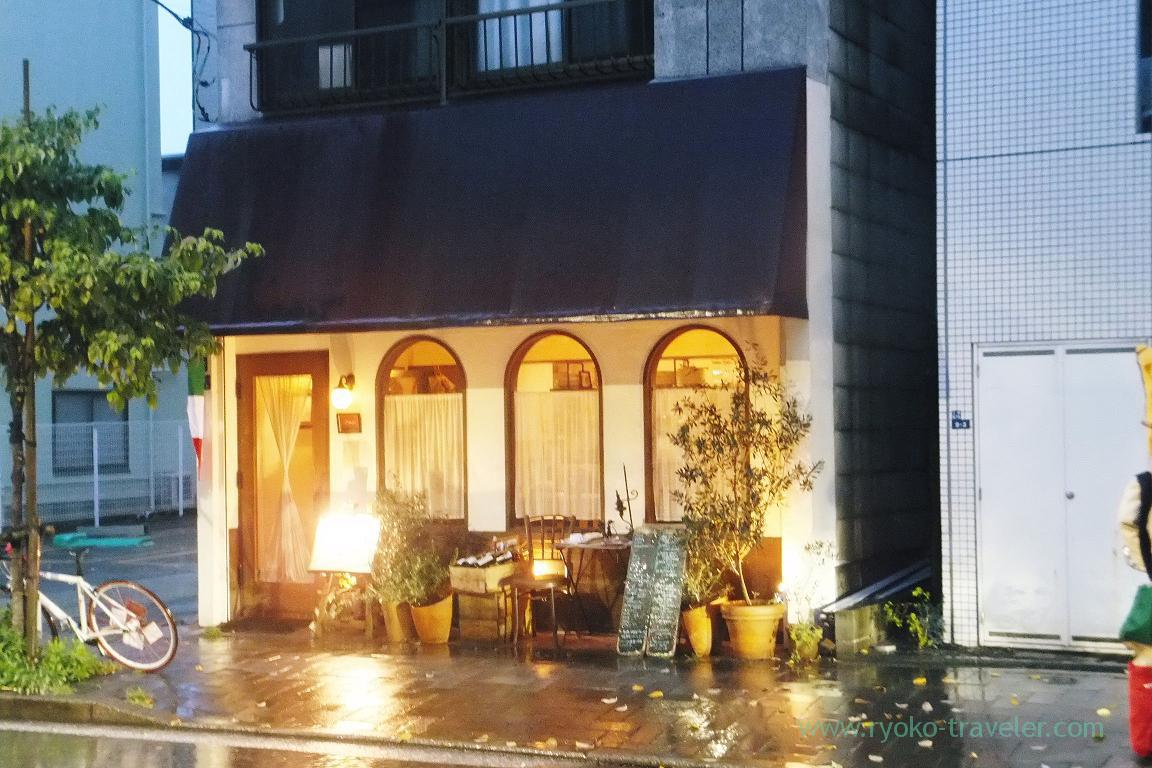 I really wanted to go there. Because, another friend posted about the dinner at il tram on facebook a few days ago.
il tram basically serve same menus as course in a certain period and then change it.
That is to say, “I can eat as same foods as he ate the other day !”

As soon as we were seated, the cook apologized us.
He had to change the one of food in the course.

He got huge salmon and had to use it.
So, bonito in a course was changed to salmon.

But no problem. My saury and mangalitsa was in safe 🙂
And also salmon that I ate at il tram last time was delicious and I wanted to eat it again. That’s great.

My drink was Sans soufre from Takeda winery.
Sparkling wine. 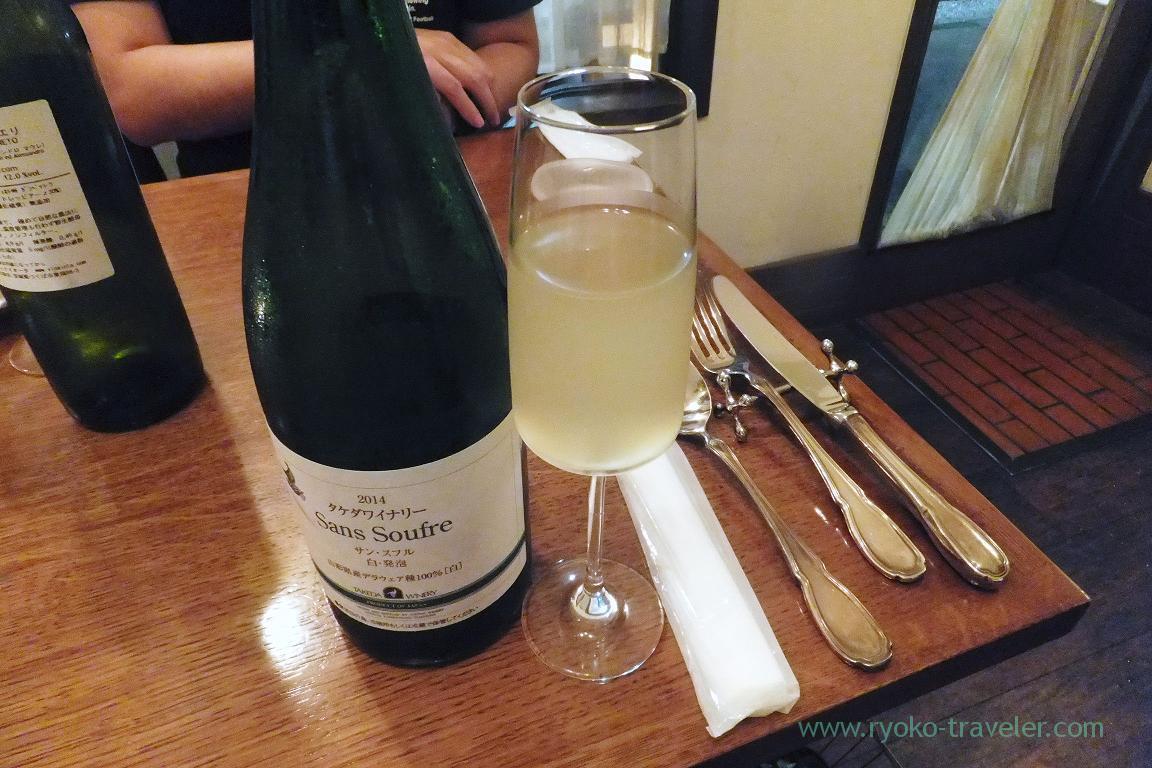 Butter nuts zuppa with cumin (バターナッツのズッパ クミン風味)
The yellow powder is grated dried mullet roe. It was lukewarm and thanks to the temperature, I felt the sweetness of butter nuts more. 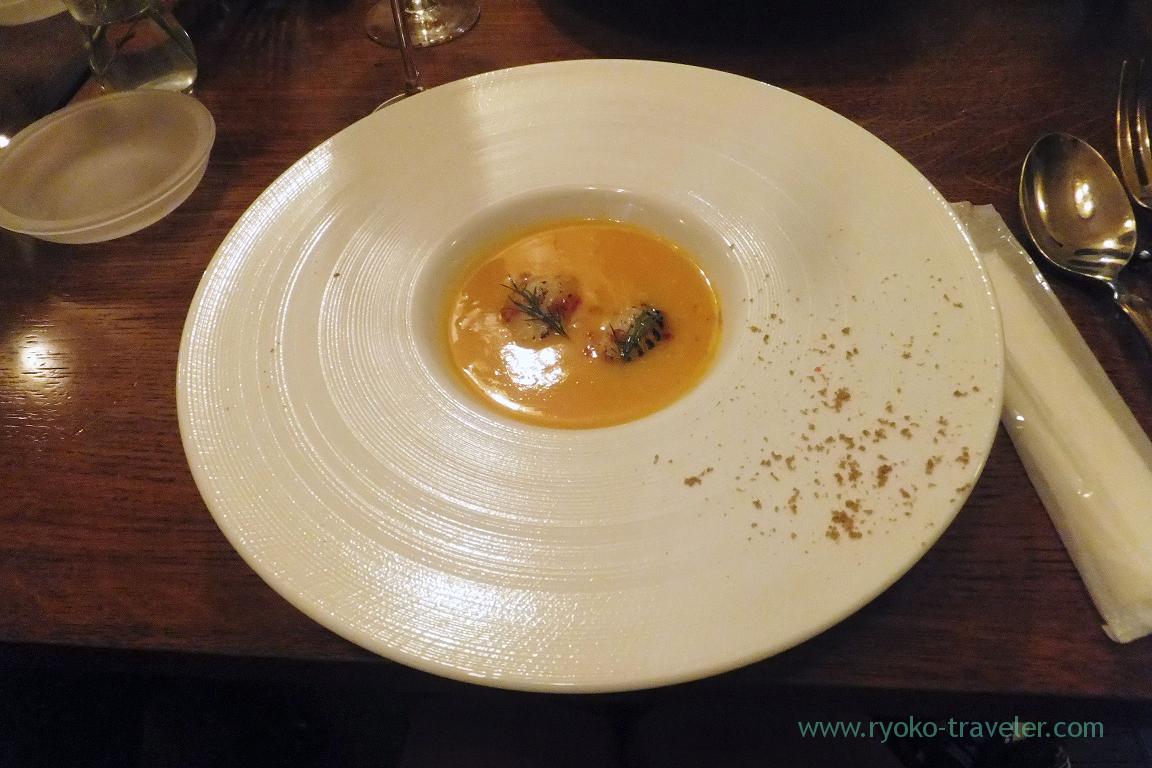 Burrata from Puglia with bassil and lemon oil (ブーリア産ブッラータチーズ バジルとレモンのオイル)
I didn’t know the cheese. It was similar to mozzarella in its taste and texture 🙂 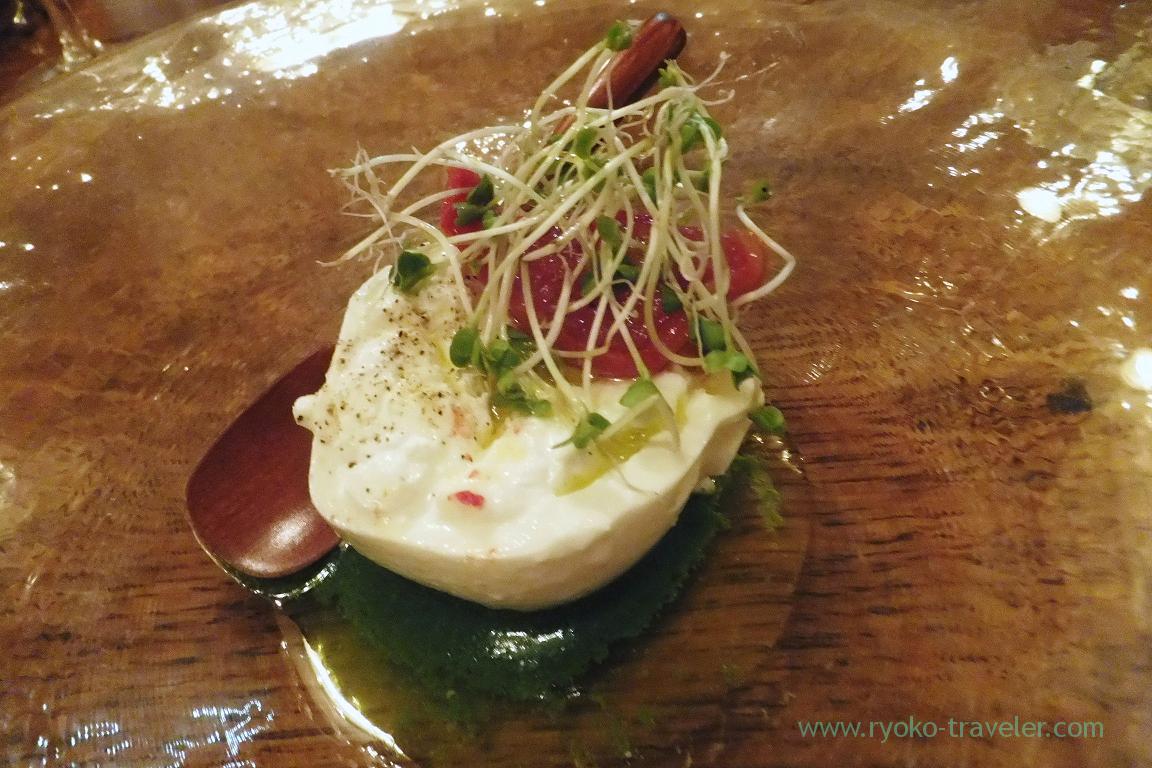 Cold raw salmon with Hatcho miso and wasabi (サーモンの冷製 八丁味噌)
Miso and wasabi is Japanese foods. But it went with olive oil well. The cook said sometimes he thinks why does he buy Japanese foods like miso, wasabi, shiokoji and so on nevertheless he is running French foods restaurant 😛 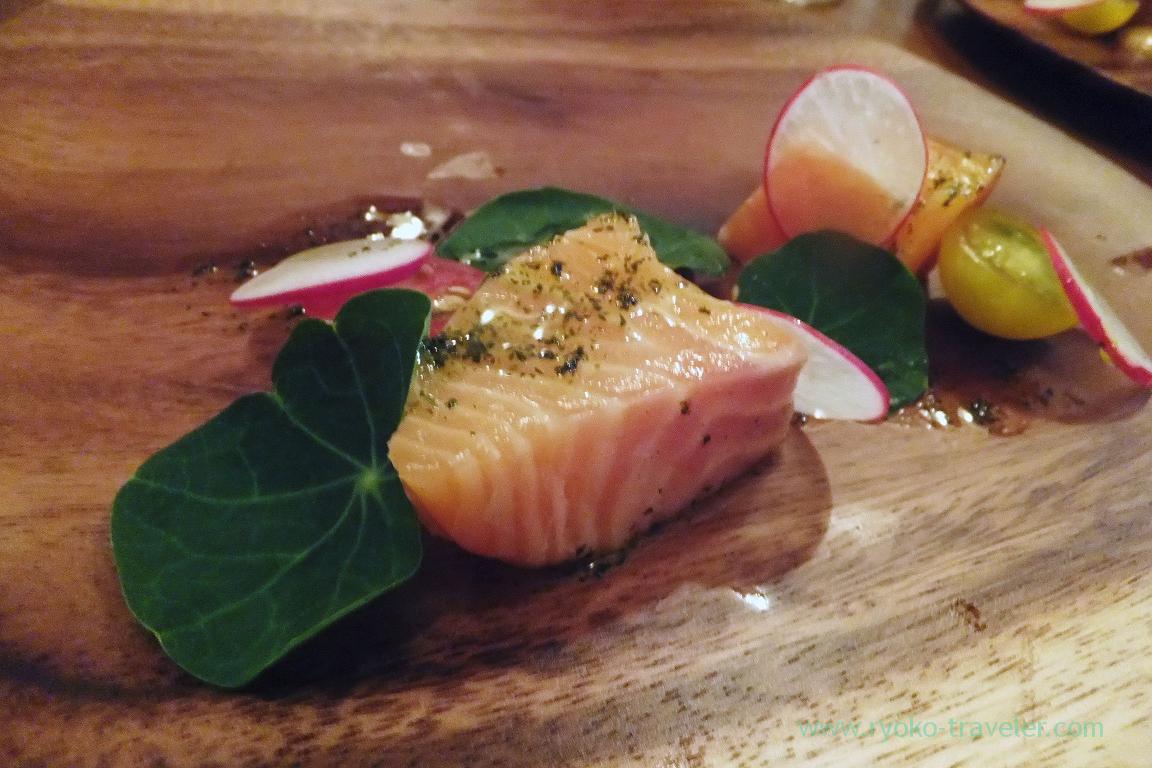 Involtini of fresh saury and purre of paprika and oregano (新秋刀魚のインボルティーニ パプリカのピュレ オレガノ)
My first target came ! So fatty saury was rolled 🙂
Both its crisp skin and the meat was delicious ! 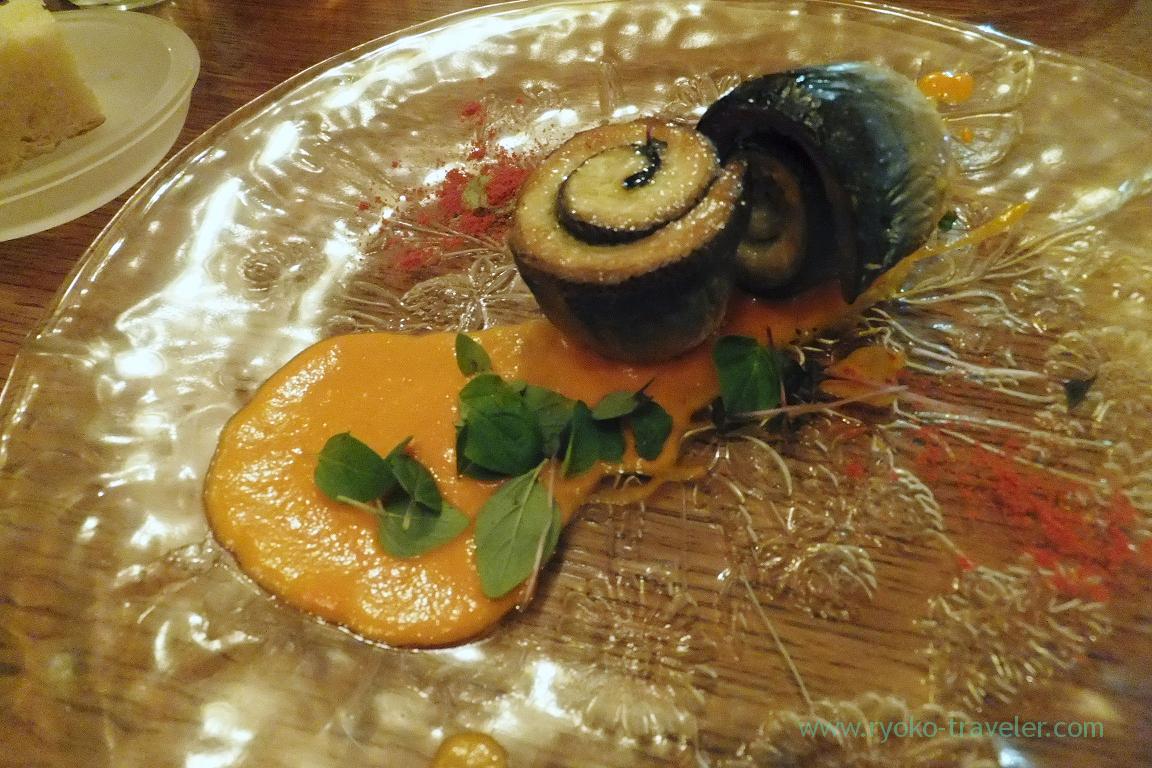 We had to prepare next drink for gorgeous one. Red wine from Yemen.
iXSiR Altitudes 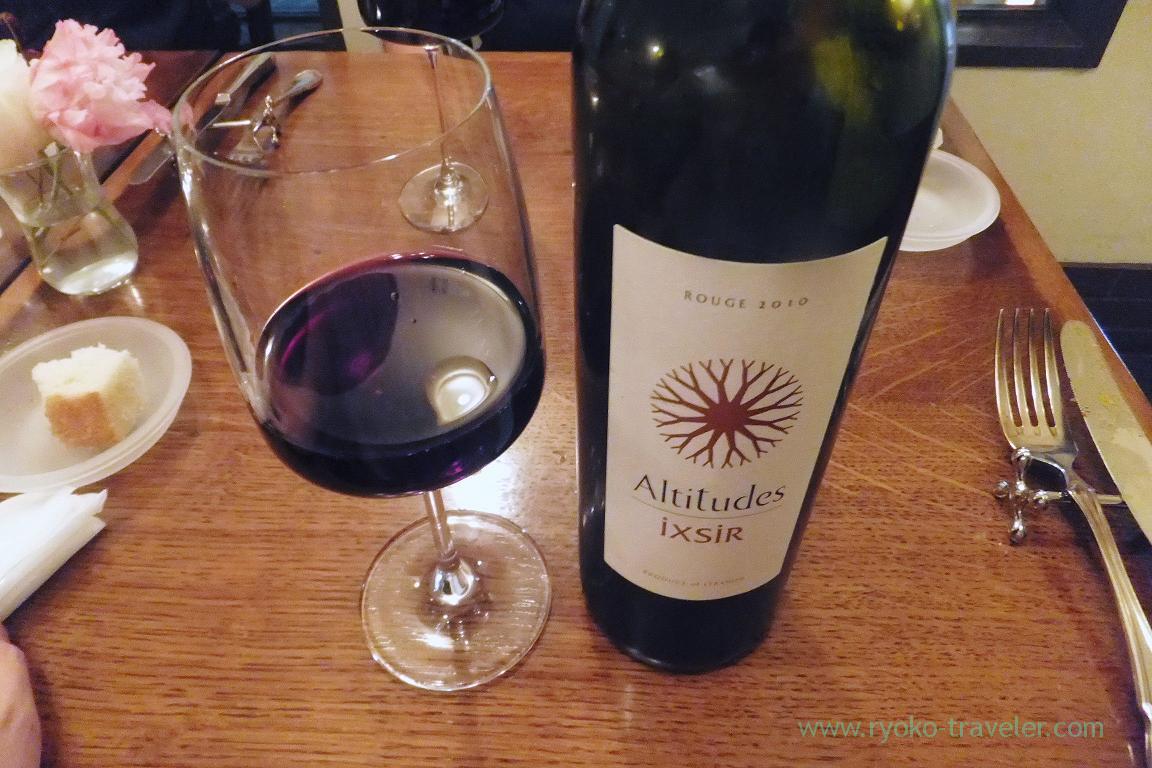 Roasted chicory with gorgonzora picante (チコリの１時間ロースト ゴルゴンゾーラ・ピカンテを添えて)
Ah, I really wanted to eat it again. So happy to eat it again ! Why is it so delicious nevertheless its plain looking !? 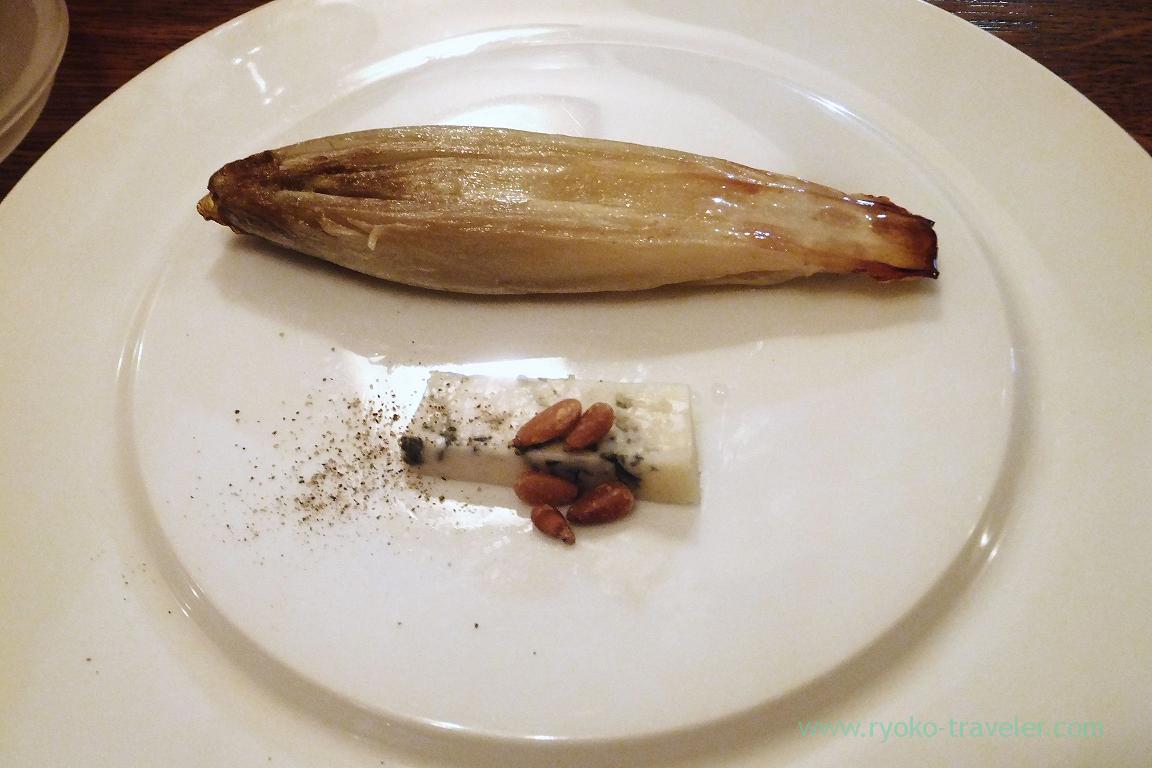 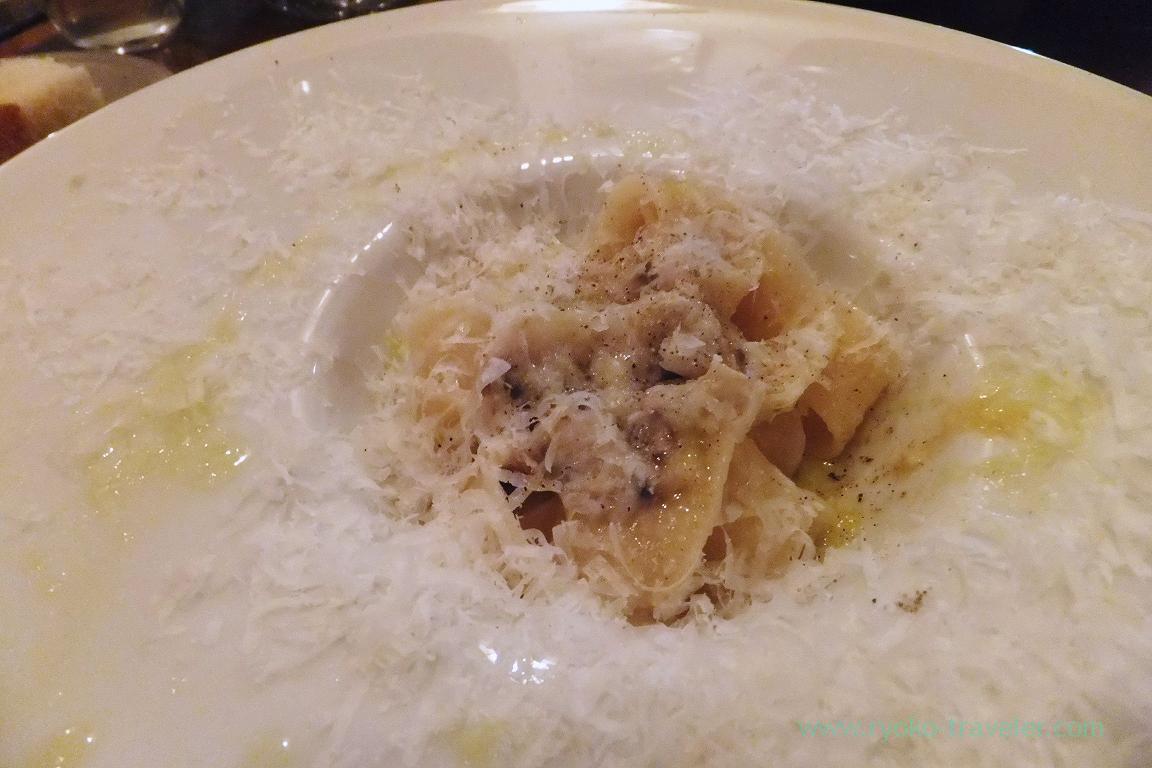 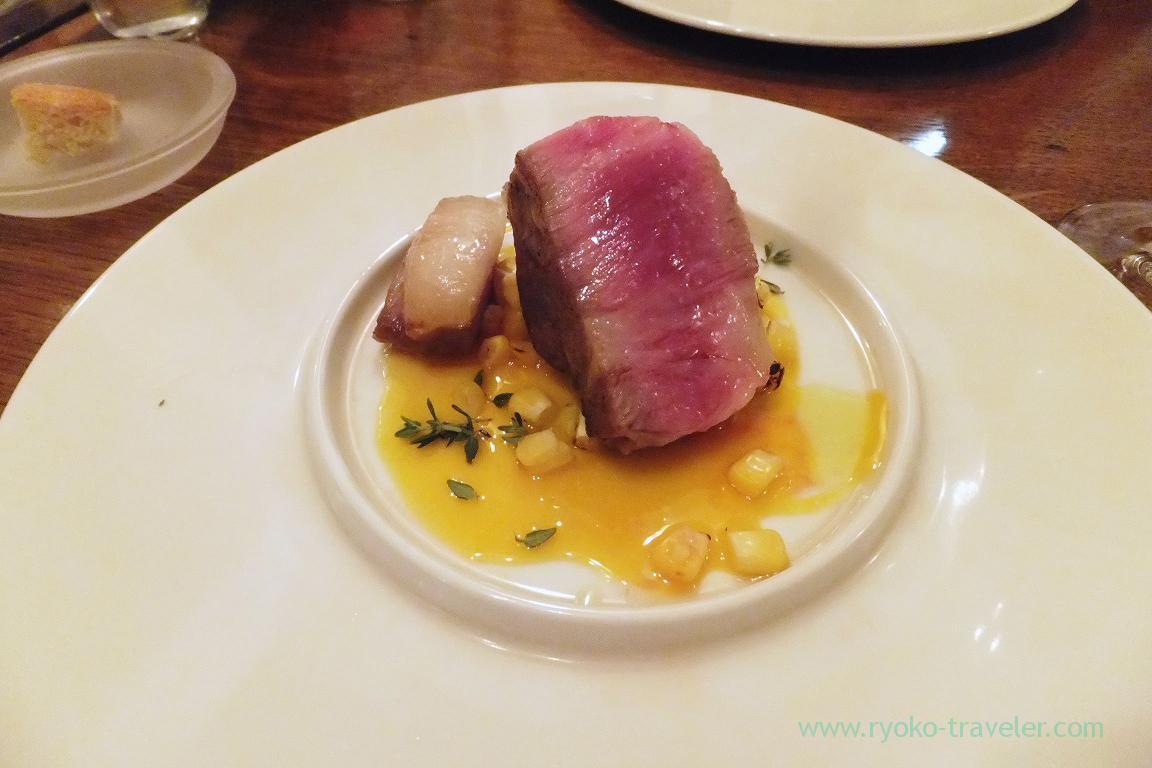 The cook gave us it in special 😉
Of course, it is Mangalitsa pork ! 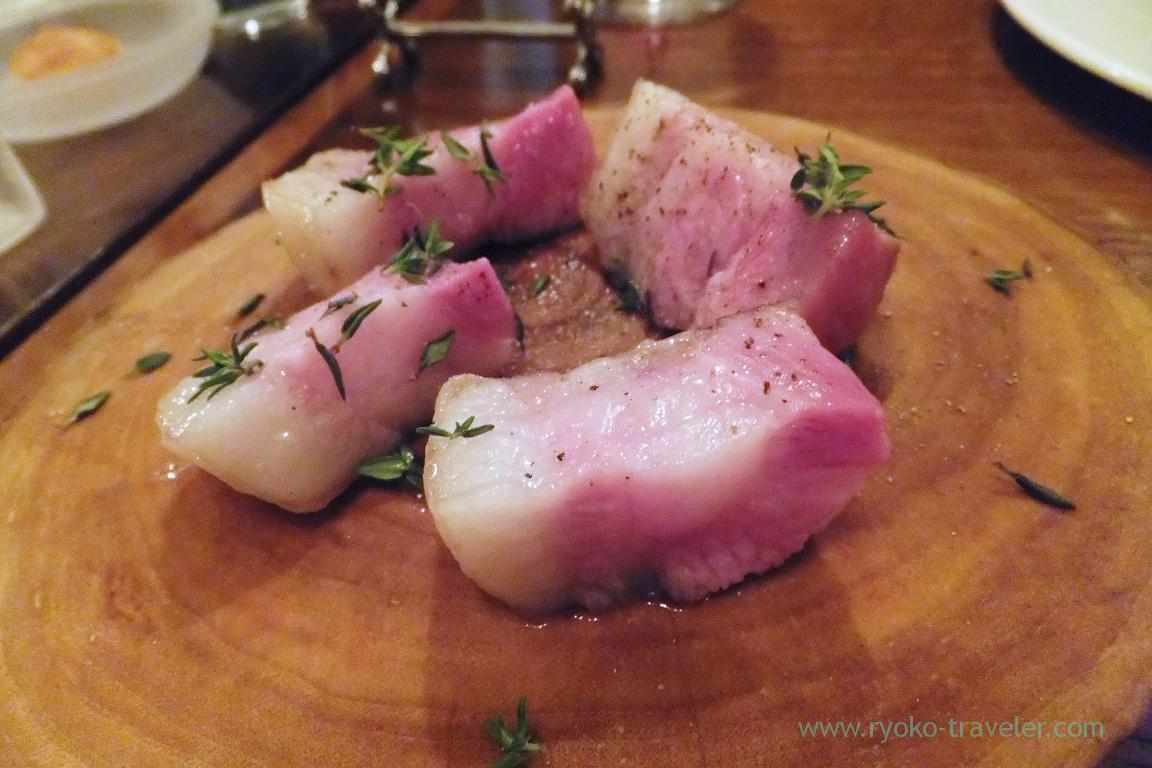 Unbelievably delicious meat ! This was the second time to eat Mangaritsa pork !
Last time I ate it at Merveille !

www.ryoko-traveler.com
They also served awesome Mangaritsa pork.
But this restaurant has already quit their business.

As same as last time, I was really satisfied with the dinner.
http://www.ryoko-traveler.com/il-tram1/

I want to visit there soon (when new course appear) !

I took a day off and went to Uotake (魚竹) in Tsukiji at lunchtime. Though Uotake is far from the center of Tsukiji, they...

Because I felt like eating so much sashimi, I visited Edo fuji (江戸富士) in Ochanomizu. They are sushi restaurant and they...

Mushroom, oyster, duck's meat... November is delicious ! We went to il tram in Kiyosumi Shirakawa area again to have N...