To my great regret, one of my coworker quit the company this month.
So, I won’t be able to go to Tsukiji and Kachidoki at lunchtime earlier because I’ll have to stay in the office around 11:30 pm.
Mototane, Hajime Sengyo-ten, Ikenoya and so on….. Their foods always sell out earlier.
If I want to go there, I have to go there before noon. Ummmm….. 🙁

That’s why I want to go there as much as possible this month.

Ikenoya is one of my favorite lunch spot ! It is not farther than Tsukiji, so I often go there. Especially, oyster fry is so good ! I frequently went to there during every winter.
Sometimes I gave up going to Tsukiji on my way and I changed my direction and went to Ikenoya:P 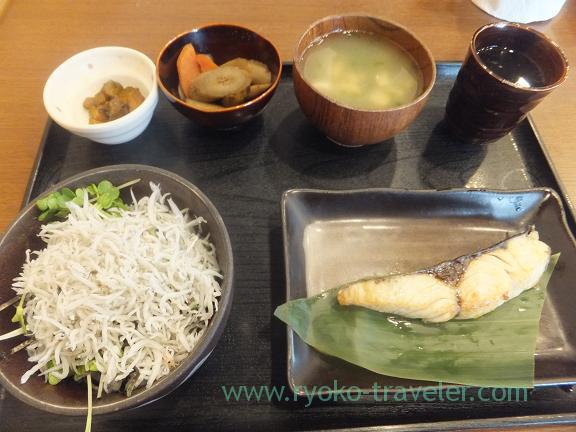 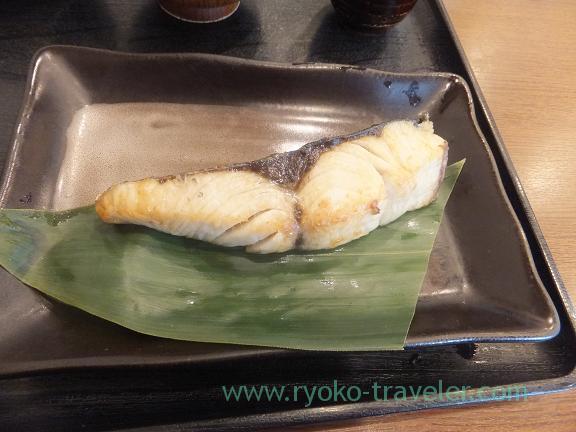 If you order grilled fish or boiled fish at Ikenoya, you can choice one from some side dish (mainly deep fried foods).
That day, I could choice from minced cutlet, ham cutlet, stuffed cabbage and dried sardine bowl.

No, no. Only one portions of rice 🙂 It meaned they change from the cup of rice to dried sardine bowl 🙂

Many dried sardines were on the rice ! 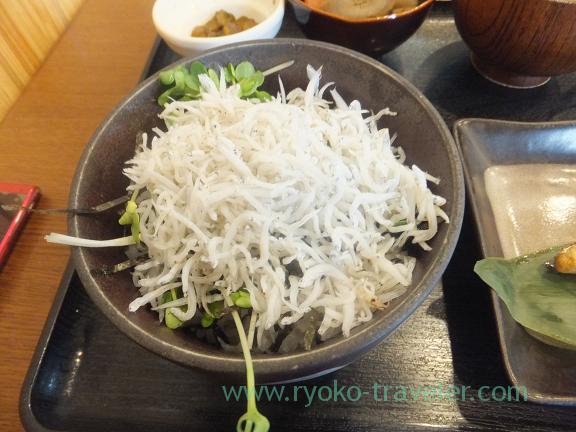 About my weekend. I went to Ueno last Sunday, three-day weekend. I walked in Ueno Onshi park. I thought this arc...

Delicious eel restaurant a little far from the station. I ate much eels this summer, I think. Because, I dreamed eve...

About four months have passed since I visited Yonehana last time. Because it's hard for me to wake up early in the mor...

An unusual way of spending Saturdays’ time at Tsukiji After we got out of Kashigashira, we had coffee at Turret Coffee....

Because I felt like eating so much sashimi, I visited Edo fuji (江戸富士) in Ochanomizu. They are sushi restaurant and they...
Funabashi : Break at Kopie with pancake (コピエ)
Yotsuya sanchome : Summer parfaits at Fukunaga