The center of Government in Hawaii

Well, anyway, I went back to Downtown with my full stomach.
http://www.ryoko-traveler.com/honolulu2014-5/

The statue of King Kamehameha ! 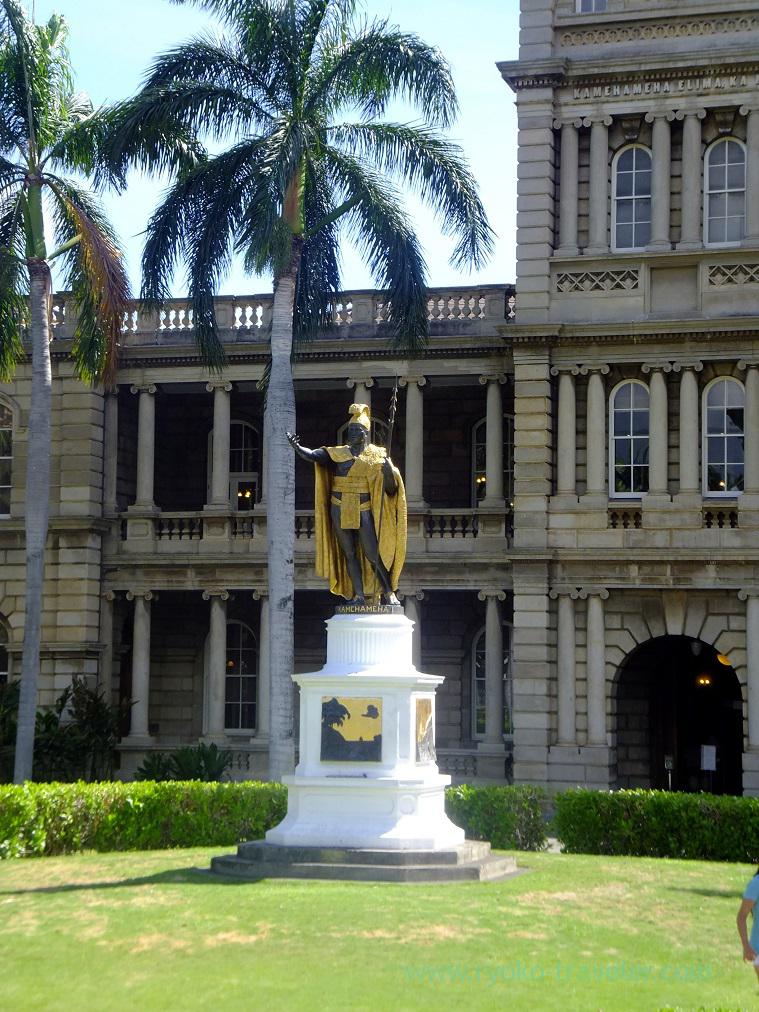 I saw this mark so frequently on articles about Hawaii ! 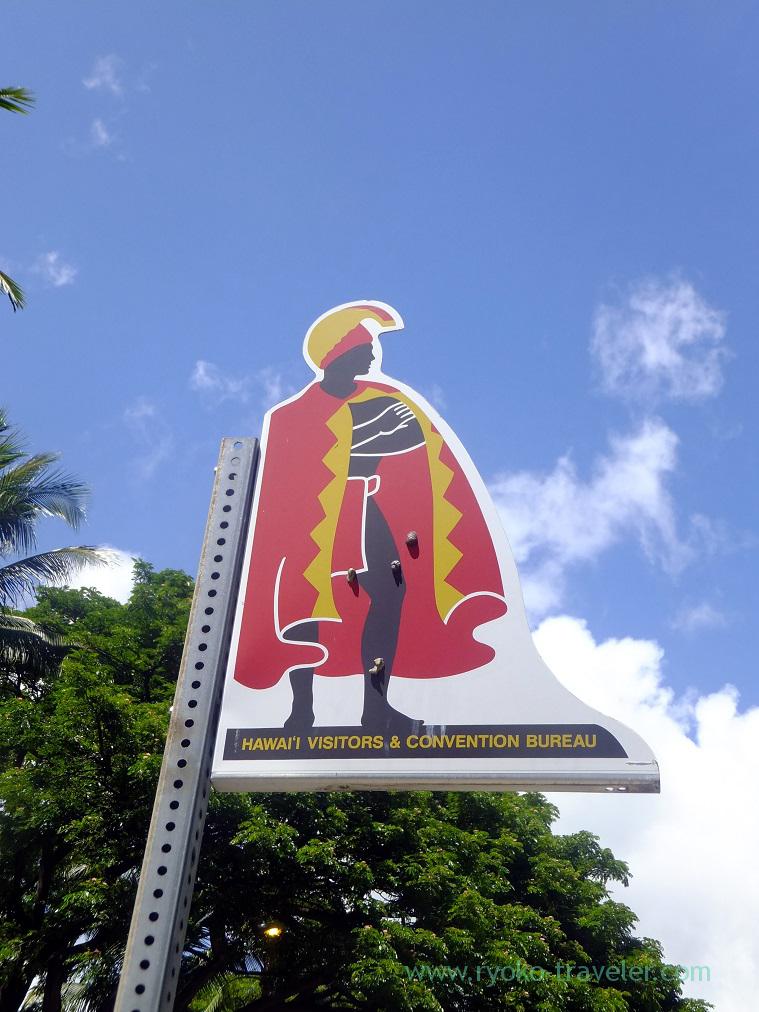 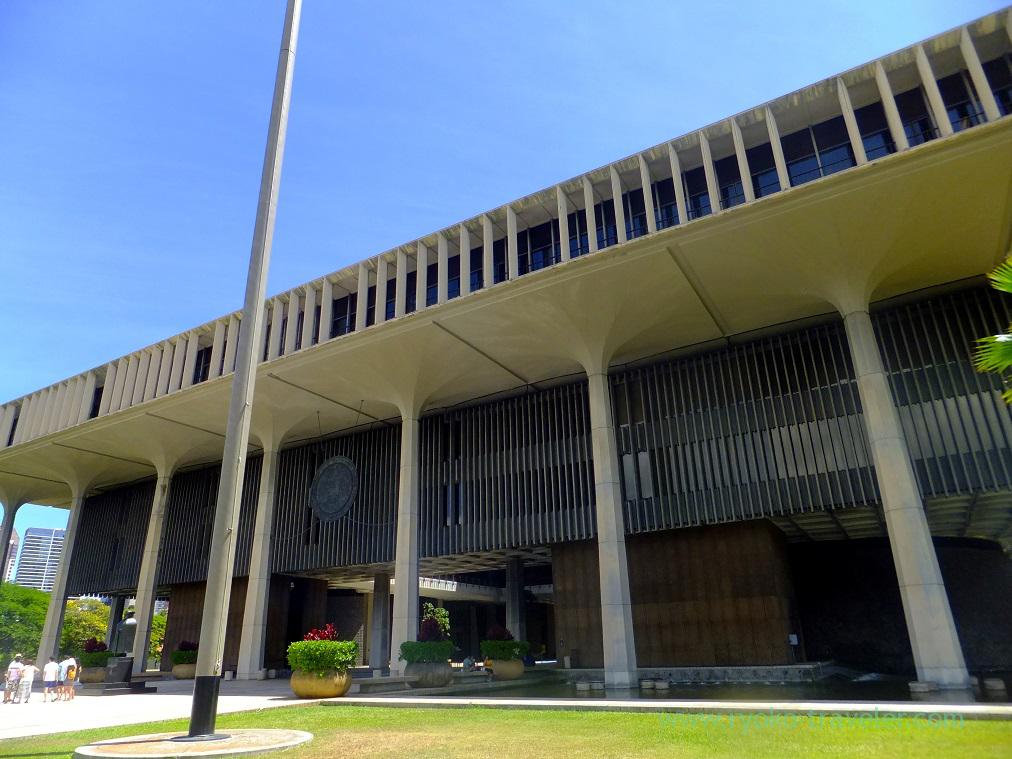 I heard that visitors can enter the building, but it looked empty and I couldn’t know where’s the entrance.
Lots of cars were running outside buildings, but, there were only a few groups of tourists around the building.
Every workers work tidily inside buildings 😛

By the way, this building have volcano motifs. Umm. I can’t see so…

The statue of Father Damien. 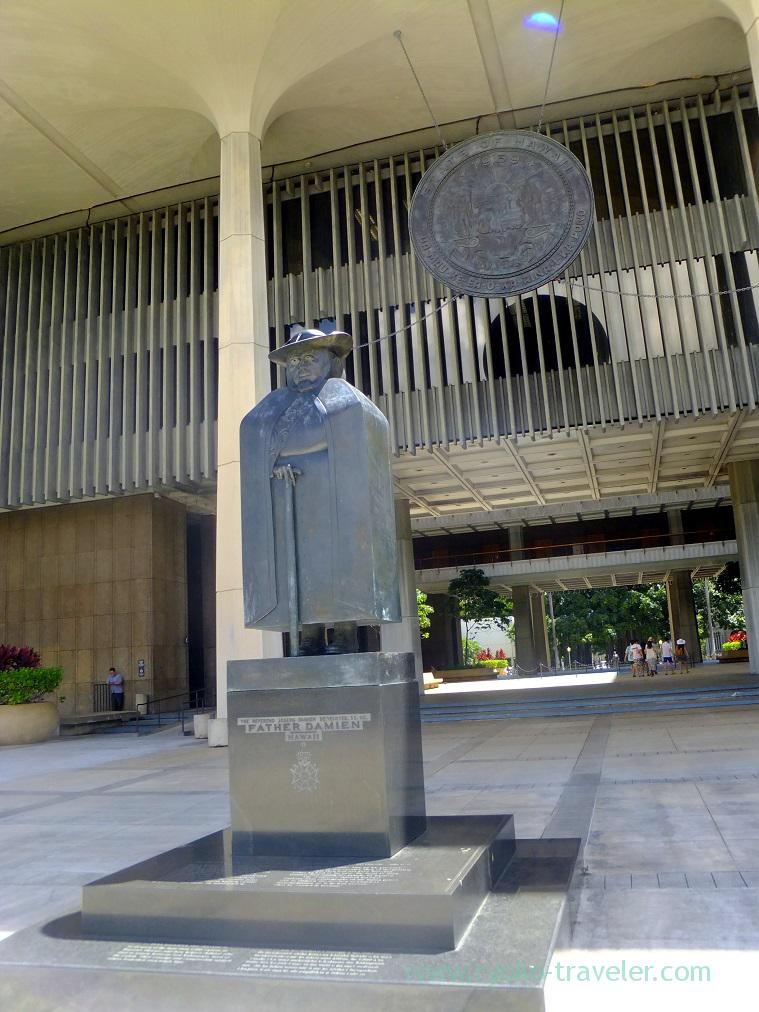 He is a Belgian priest and acted for saving leprosy patients isolated in Molokaʻi.
Also he died of leprosy. 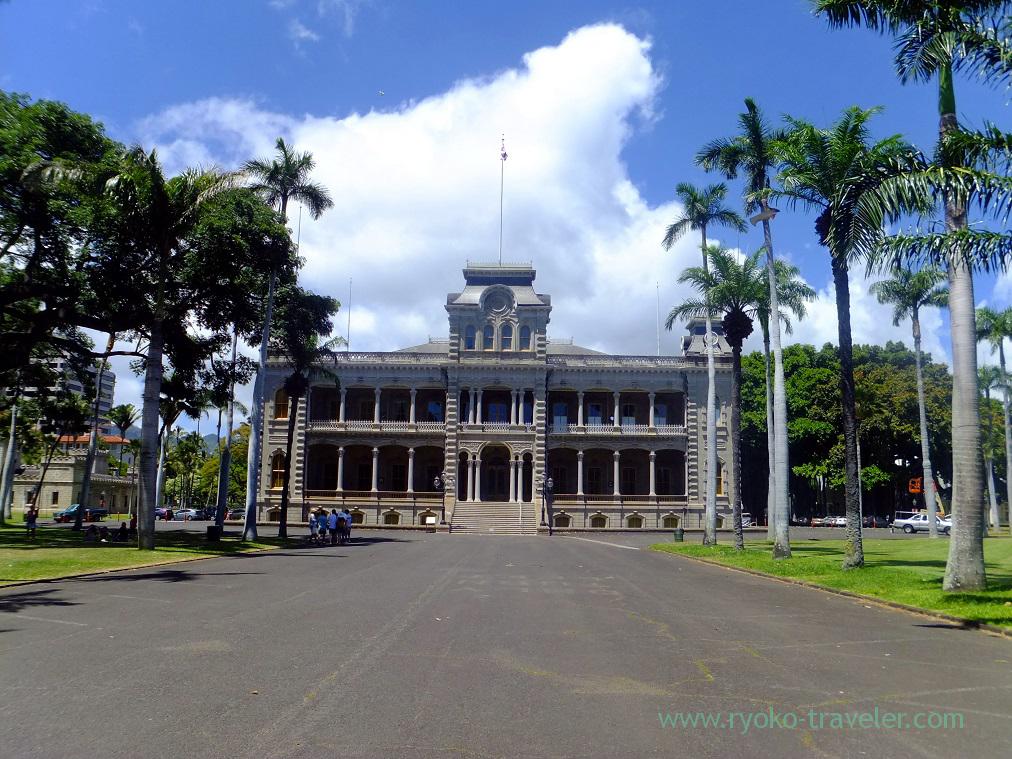 That’s remains of Kingdom of Hawaii.
I mistook the information about that. That day was Monday and I thought it was closed day. But later I understood Monday is business days !
In adittion to that I had a wrong information, there was no one around the palace !!!
Well, OK. I’ll go there next time, too !

After that I went back to Waikiki 🙂
The last night of my Waikiki stay, so, I walked around the main street and did shopping till past 11 p.m 🙂
Umm ? I can’t remember what I ate at the night. There’s no picture about my meals of the night. I might not eat something….

Busy market early in the Saturday's morning The second day, I got up early in the morning, and I got trolley to KCC Fa...

Souvenir and night meal altogether at Don Quijote This was the first day at Hawaii, but I wanted to buy something for m...

When I walked along Kalakaua avenue under the brazing sun, I found yummy soft serve at Lawson. So, I entered the shop t...

I visited for brunch to Pioneer Saloon along Monsarrat avenue when I awoke up late during my staying in Hawaii. When I ...
Honolulu 2014 (5/7) : Honolulu Harbor and Chinatown
Honolulu 2014 (7/7) : Last morning in Waikiki