Next morning, I went toward Downtown that I was looking forward the most at the trip by trolley.
And on the way to downtown, I found a fine harbor.
I felt like going near the harbor, but for the time being, I got off near Chinatown.

But I felt like going to the harbor all the same. After all I went to there by walk 😛 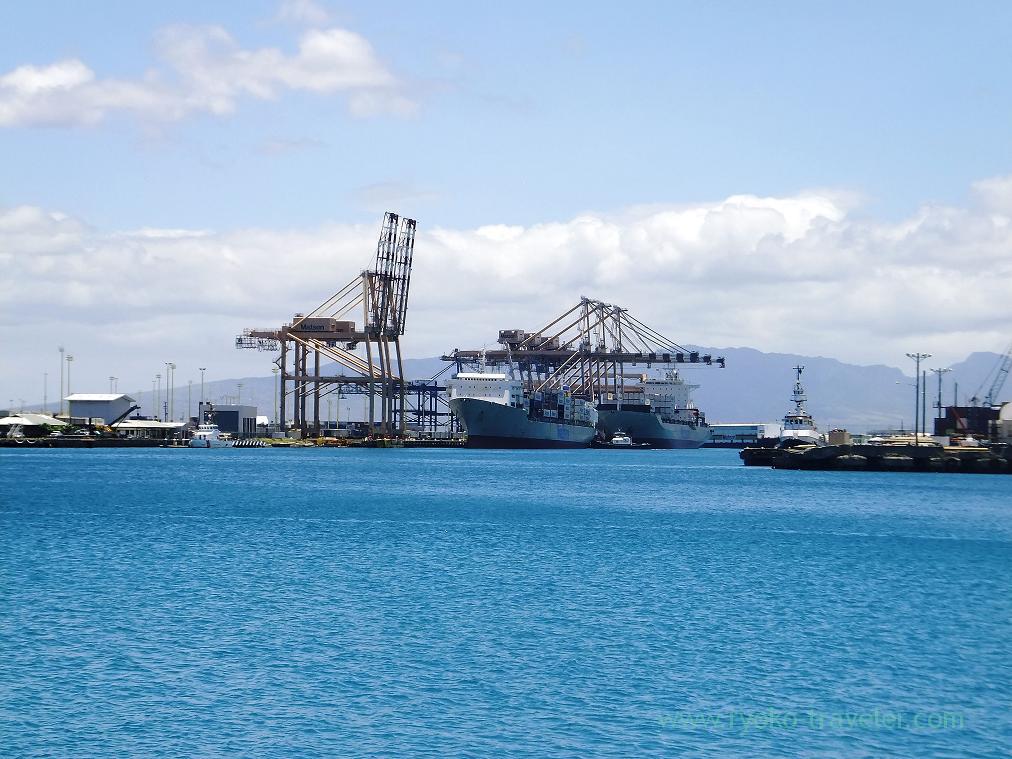 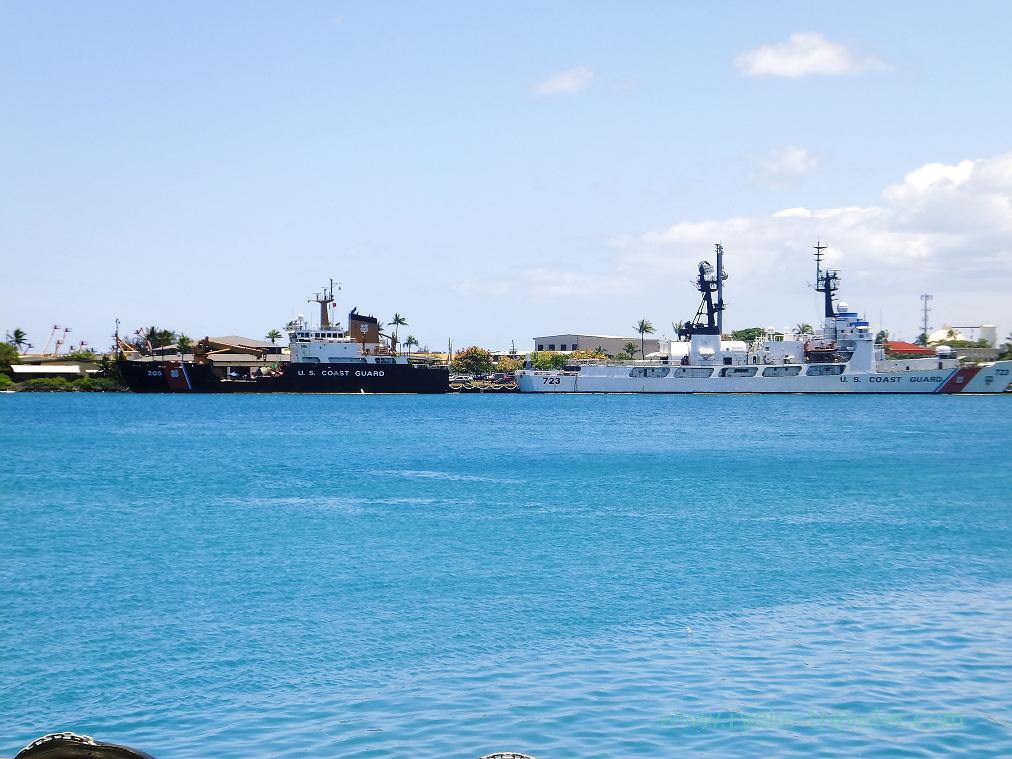 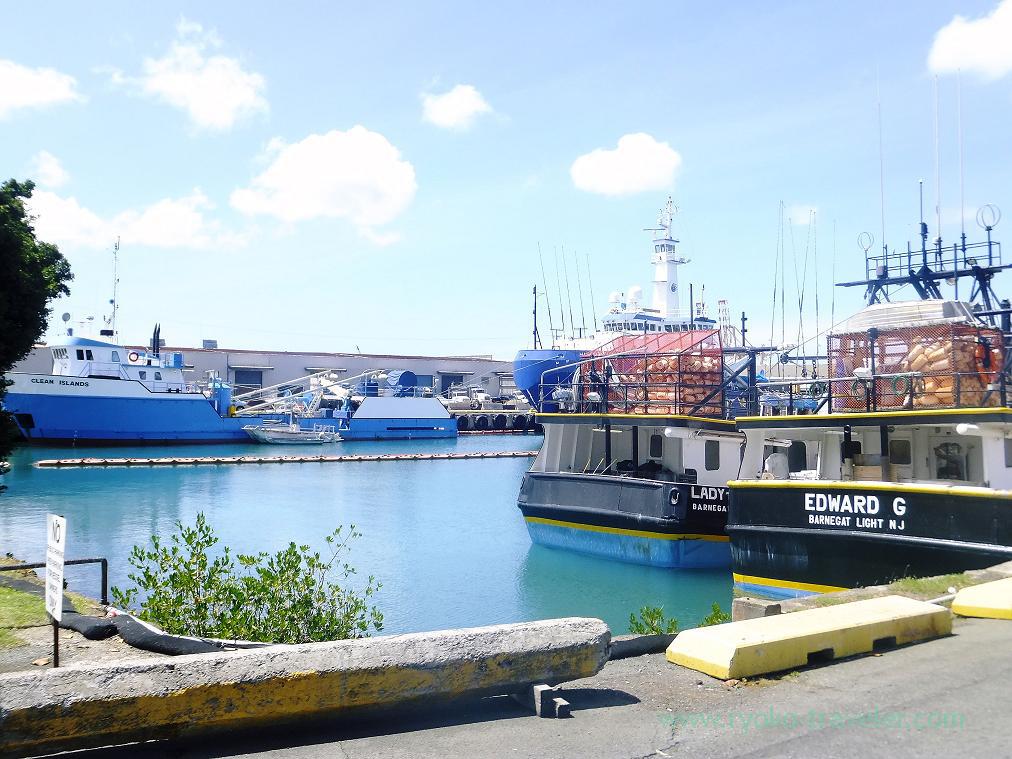 There’s Aloha tower near the harbor. Few people were there, so it like ghost town. 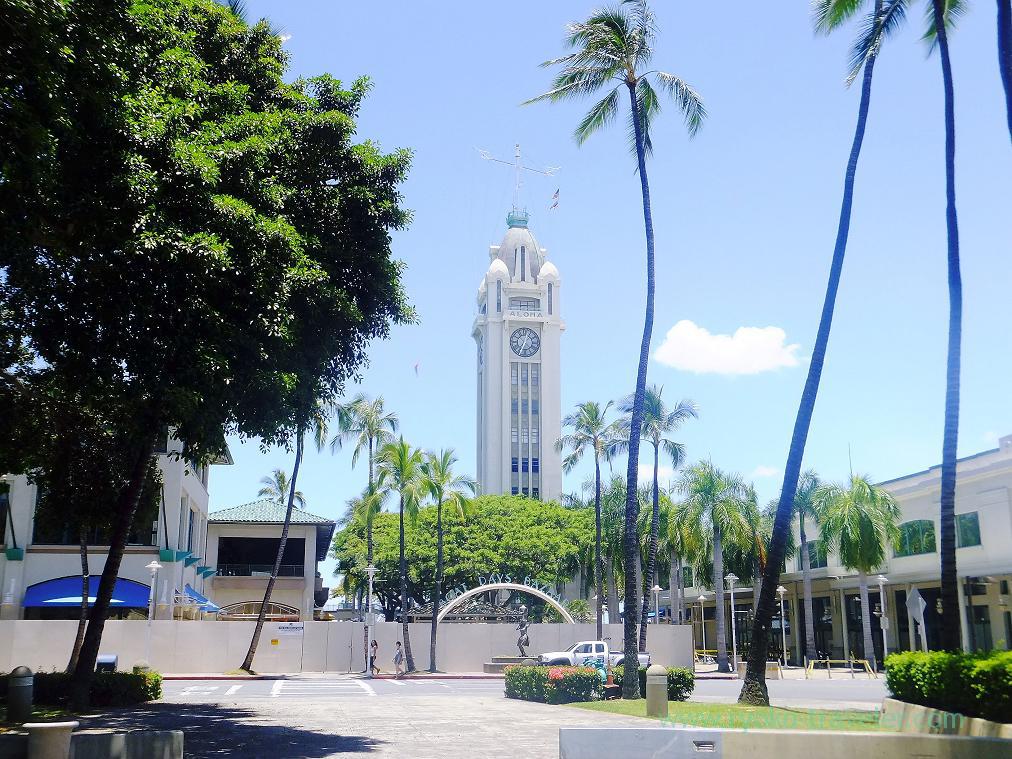 By the way, I had something trouble because of that.
Yes.

Near one hour passed while I lost my way and Somehow I found the Beach bum cafe that I intended to go later.
So, I took a rest at there. 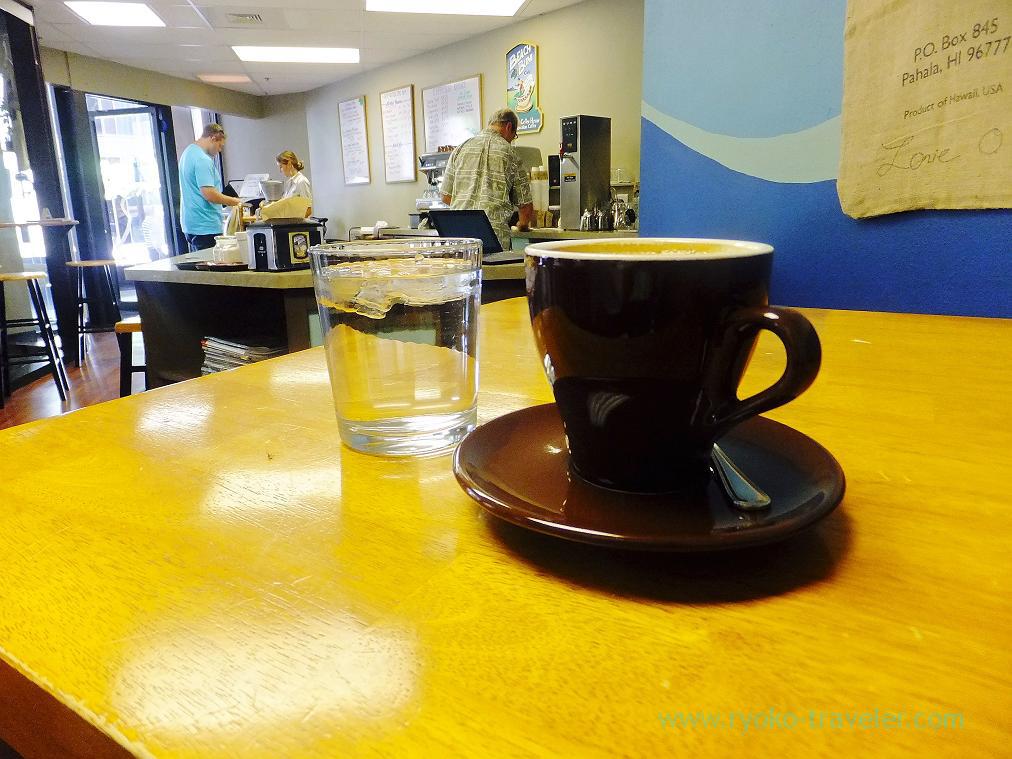 The coffee was tasty 🙂 “But why am I here ?”
I went in the wrong direction all the same.
I checked the place where I’m now with a map over the coffee.
And I went toward Chinatown again.
Before that I borrowed the rest room. Beach bum cafe itself don’t have rest room and we have to show our receipt to the front desk staff of the hotel near the cafe and borrow the hotel’s rest room.
The cafe’s staff brought me to the front desk.
This Downtown have few public rest room !!!! I didn’t examined about that at all, so I was very embarrassed with such rest rooms conditions at Downtown !!!!!
If I wanted to use rest room, I had to enter some cafes or restaurants. But I didn’t want to have liquids any other because there were scarcely rest rooms !

Ah, there is rest room in the park near Chinatown, but homeless live there and we can’t use it. That’s danger 🙁

I asked mi friend about that, and she also had trouble about rest room around downtown.

So,new Walmart will help all of visitors.

Well, after about 15 minutes walk with my map, finally, I could reach the Chinatown.
There are many shops and supermarkets.
The smells of meats, fishes, vegetables and fruits all together. I couldn’t stand the smell 🙁
Though those shops were attracted me, I left those shops soon 😛

The restaurant that I wanted to go was around the end of Chinatown.
I saw it on some blogs and it attracted me. 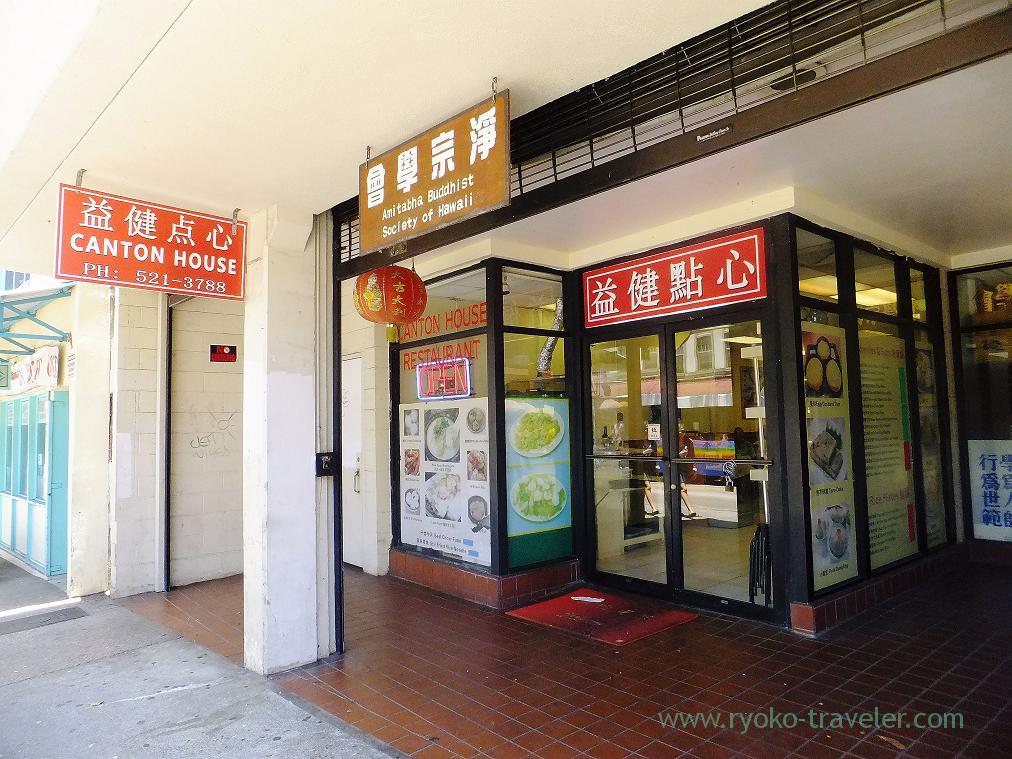 I was so hungry because I walked so much !!! 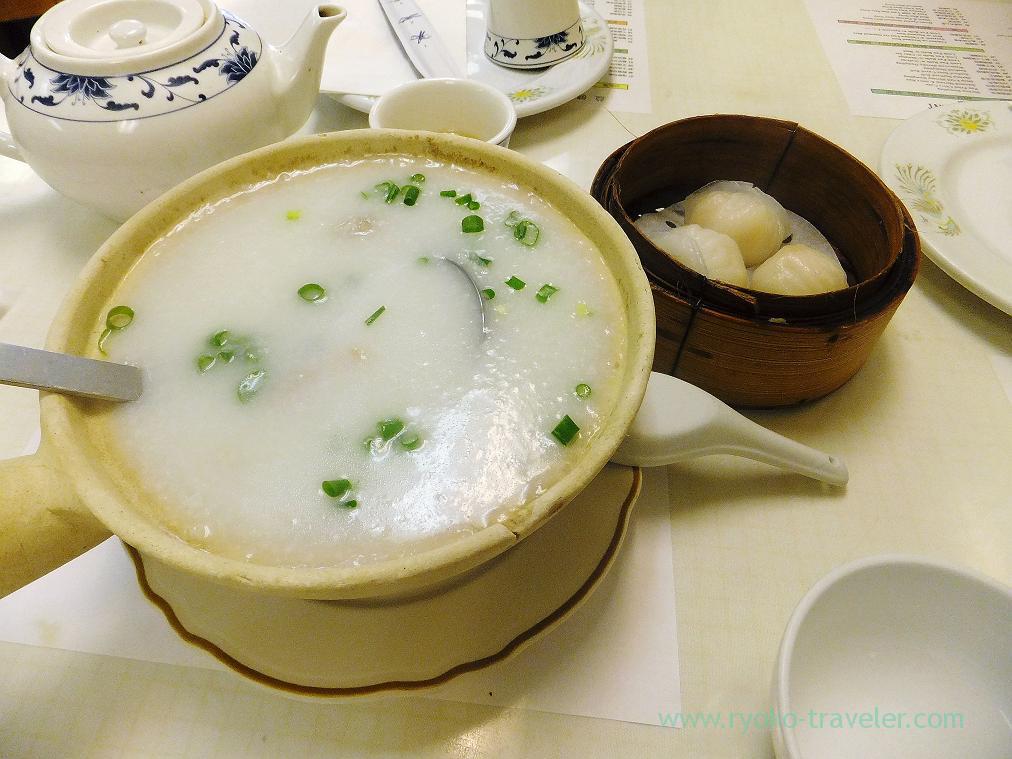 It was too much for me, but I managed to eat it up. It was tasty 😀 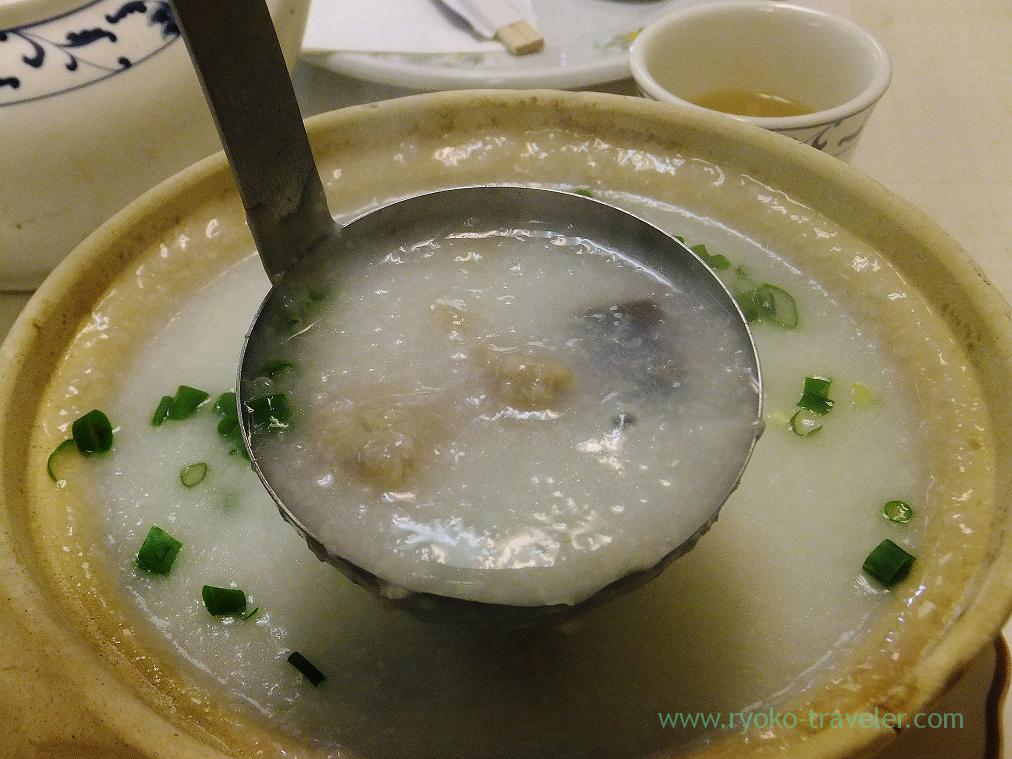 And the shrimps in the dumplings had springy and springy texture ! Great !
I wanted to have a second helping if I had enough space in my stomach :> 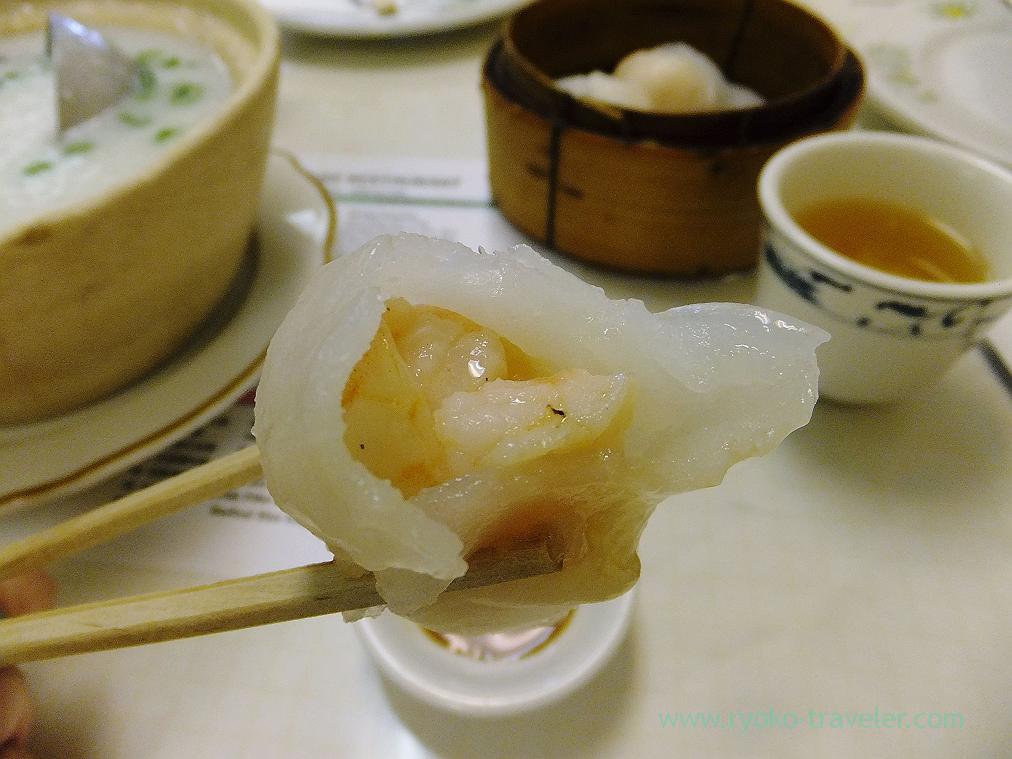 After that, I went back to downtown to meet Kamehameha.

Busy market early in the Saturday's morning The second day, I got up early in the morning, and I got trolley to KCC Fa...

I visited Hawaii after years absence. I was surprised at some changes of Waikiki. Especially, I saw much "JAPAN" at Wai...