The third day. The final day.
I got up early, and I was waiting for at lobby.
After a while, my car came. Then driver took me to Hanauma bay. 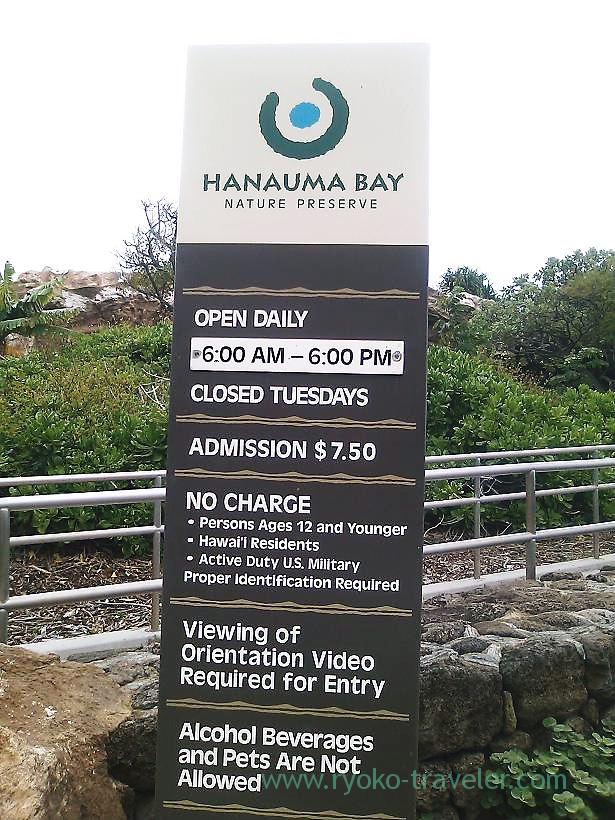 Cold. It was cold. The temperature was far from swimming 🙁
I decided to rend a wet suit,too. 🙁

When I arrived at beach, there were not many people. 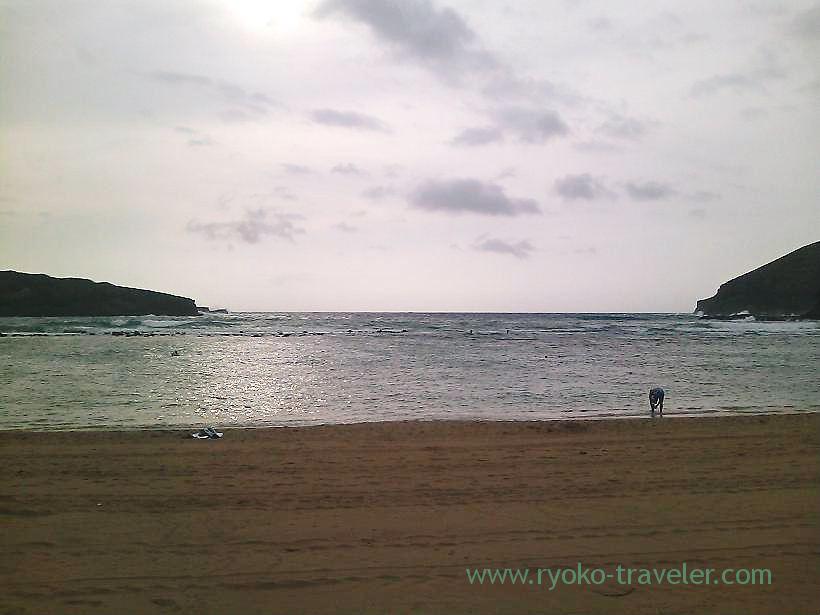 But there were a lot of people in front of the entrance, A short time later, many people came to the beach.

By the way, I misunderstood.

I thought this tour is for beginners. (Written so.)
I expected that instructor teach me how to snorkel.

But there wasn’t anyone 🙁

What the diving shop did for me was lending me life jacket, goggle for diving and so on.
And they took me to and from Hanauma Bay.

I can’t swim at all. I can’t float on the water :O

I didn’t know how to get on the instruments 🙁
So, I tried to get on by watching other people.
It took 40 minutes 🙁

I managed to wear everything (maybe…probably…), then I went into the sea.
It was toooooo cold !!

* I was wearing a wet suit.

I couldn’t believe that a lot of people wearing only swimsuit were in the sea.
They looked so cold 🙁
And why wre they at the beach such a cold day ?

Far from seeing fishes and turtles,

I could hardly to go ahead. 🙁

After a while, a blue fish came to me and it went around me twice, then it left. Such a shallow place 🙂

It was much beautiful 😀

The blue fish mede me cheer up, so I tried to dive again.
I wanted to see the blue fish again.

The sea were getting rough.:(

I had much time to my car came, so I got dressed, then I went toward a parking lot and I was seeing the sea. 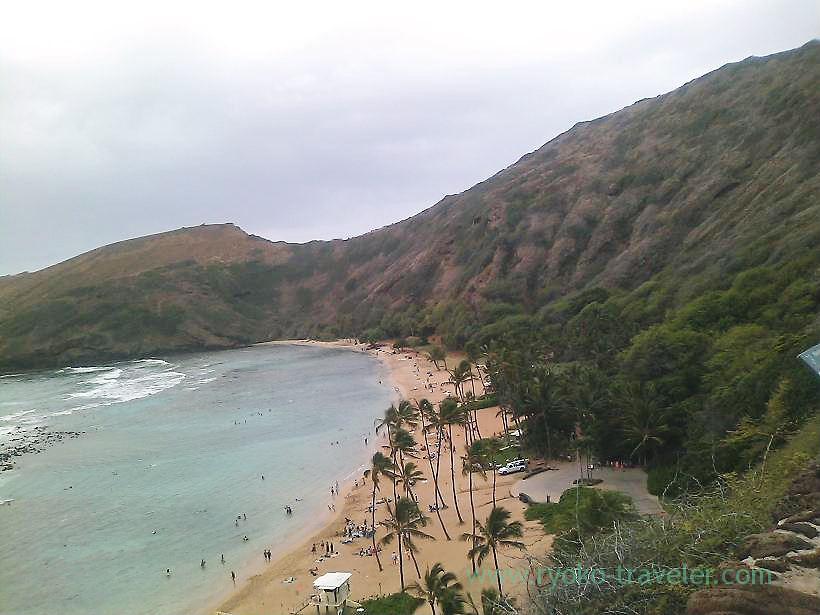 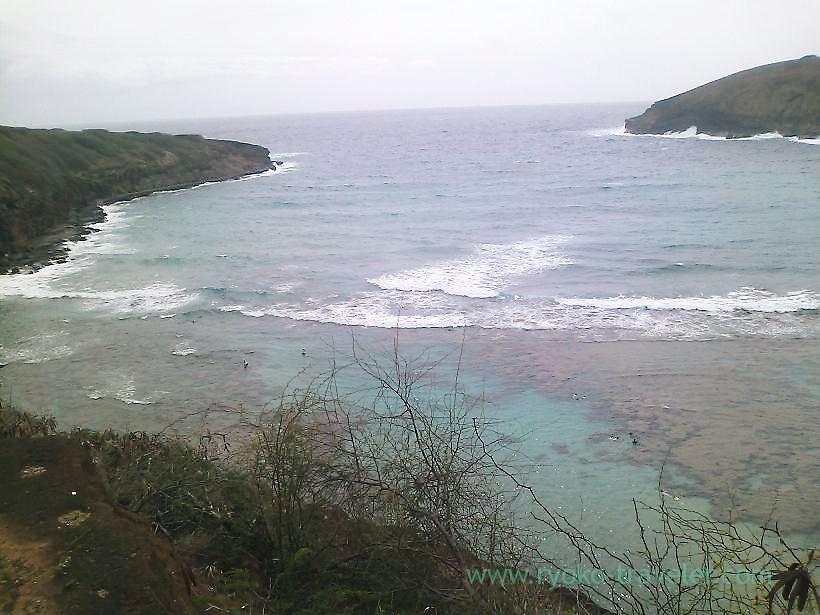 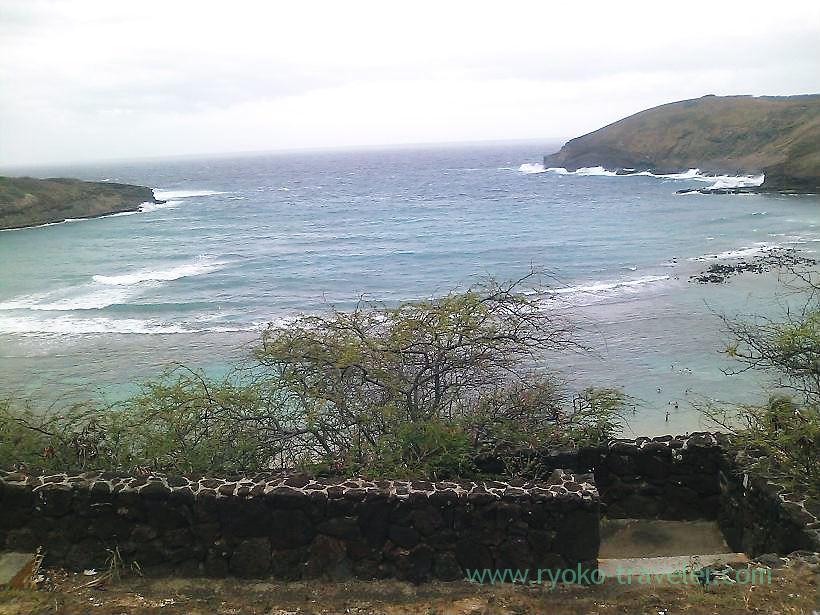 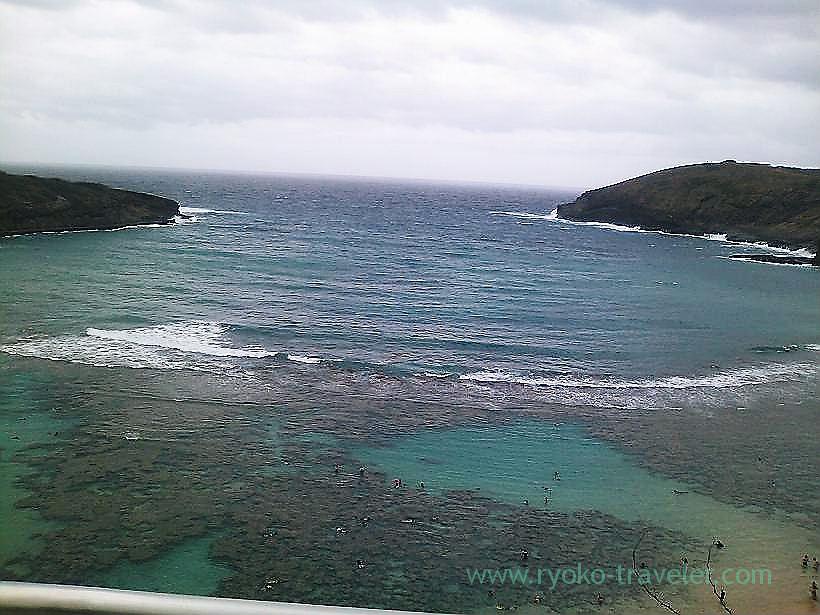 Just after coming back to japan,
I never snorkel again !
I thought.

But after a while, I get the urge to snorkel again 🙂
After all I’m fascinated by the blue fish 😛

At least, I have to learn to dive into the water 🙁

There were many colorful chickens 😉 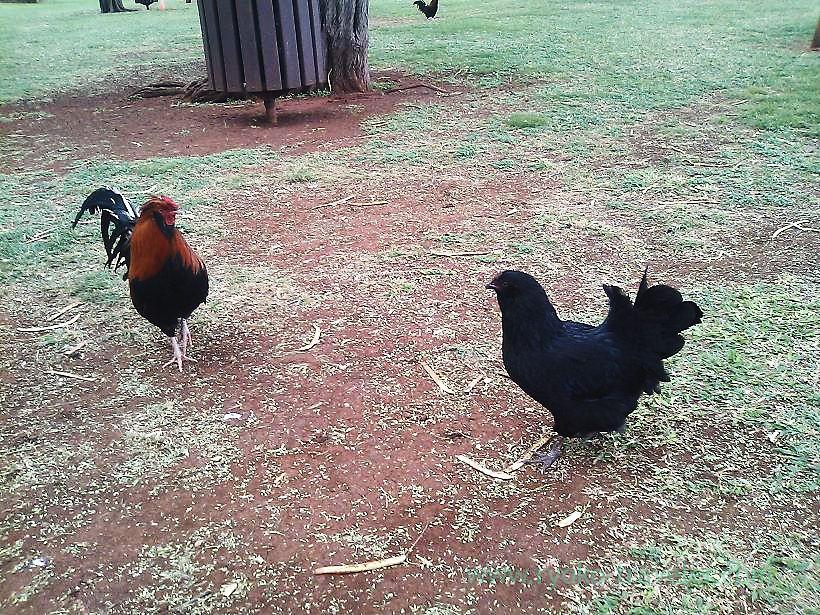 After I stopped searching, They left me.
And I began searching again, then they came again 😀

But what I took out was guidebook, not foods 😛
Because I wanted to know how to get on the bus.

I waited for a while, then

There was not much time to go to Pearl Harbor.


I went toward bus stop first.

I hadn’t small change at that moment 🙁
I had to 3 dollars bill for getting on the bus. I thought I never fail to get
transfer tickect 🙁

The fourth day. I woke up early in the morning, and I ate Calorie Mate. Then I went to lobby. Presently courtesy car ...

Is it meal ? or Dessert ? After seeing sea of Hawaii and military heritage, we felt hungry at last, so we went to "Eggs...