After went back from market, I left things that I bought at market and then I went out again.
http://www.ryoko-traveler.com/honolulu2012_7/ 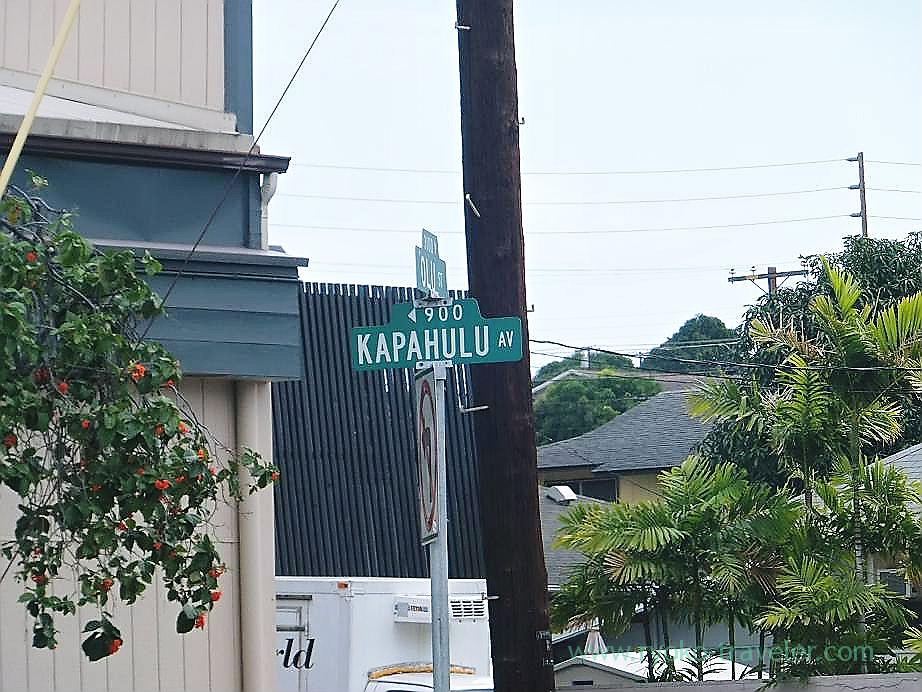 There are much delicious foods along this street. 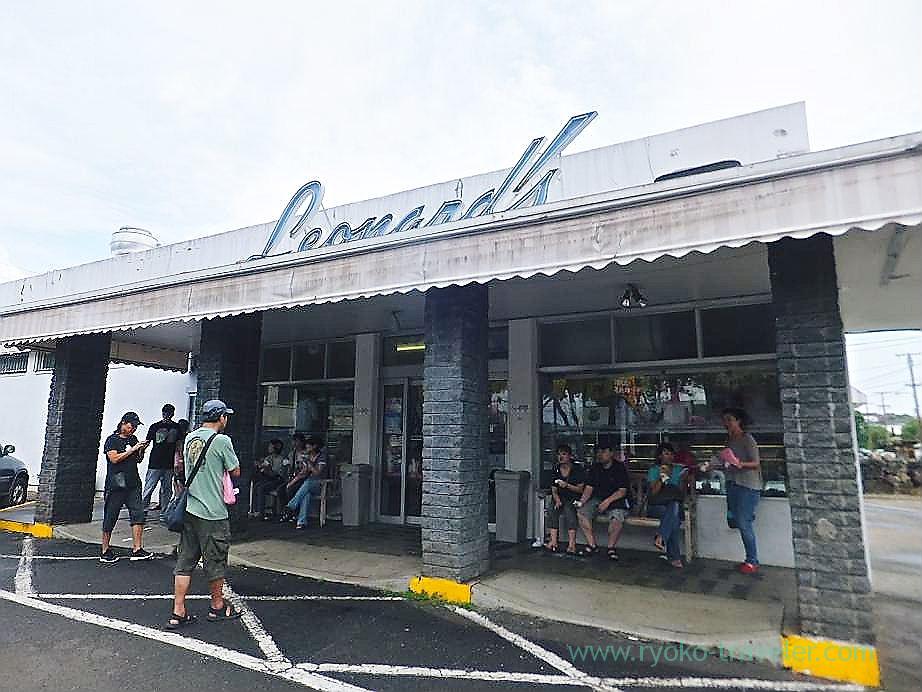 Painting off, groomy light made the shop’s atmosphere bad, I think 🙁
T-shirts (for sell) was cute 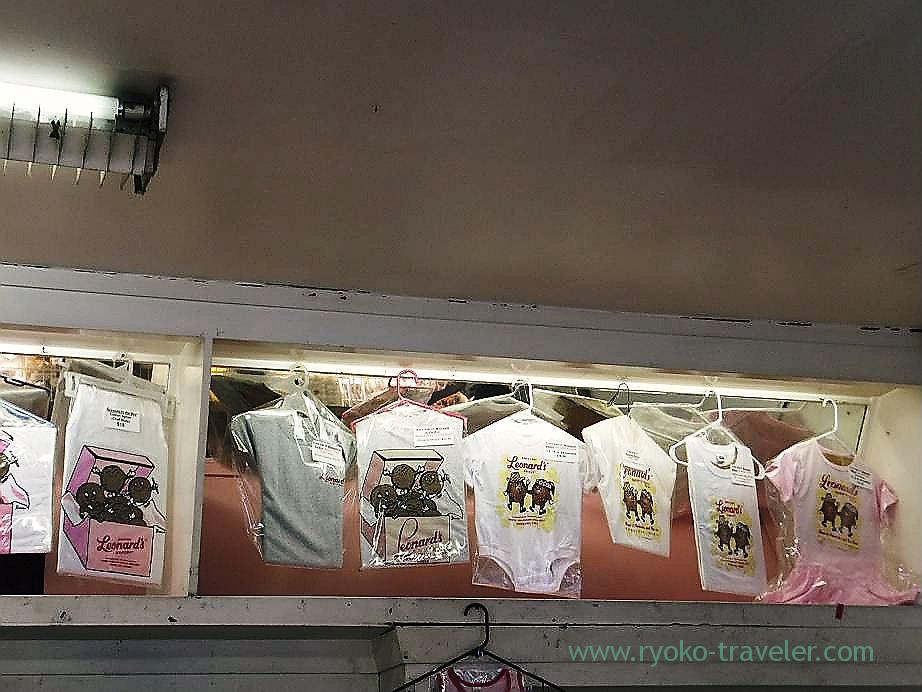 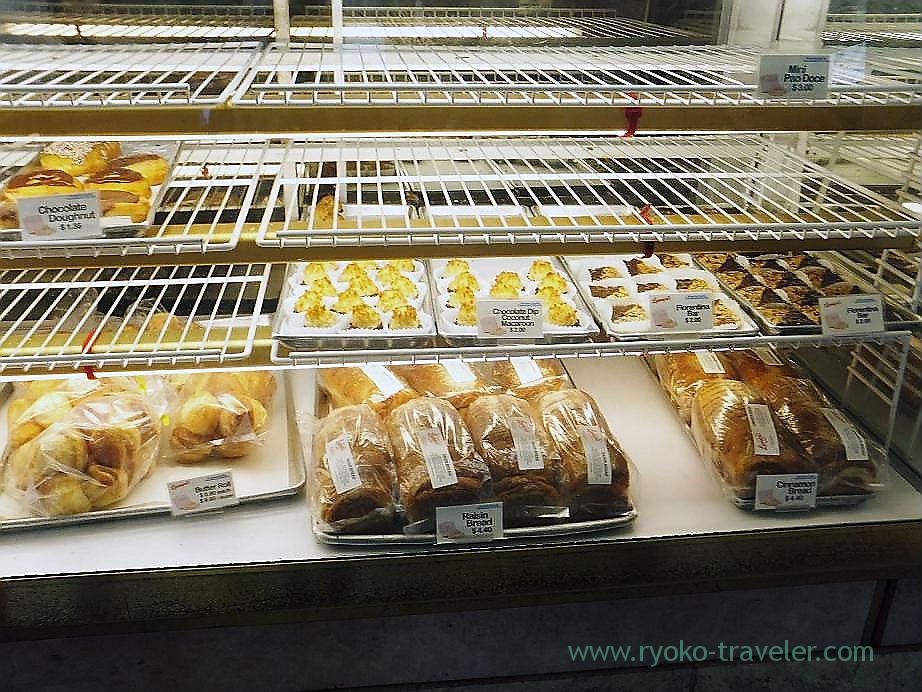 It was very soft and springy. It was very good.
You may better eat it soon just after buy it. 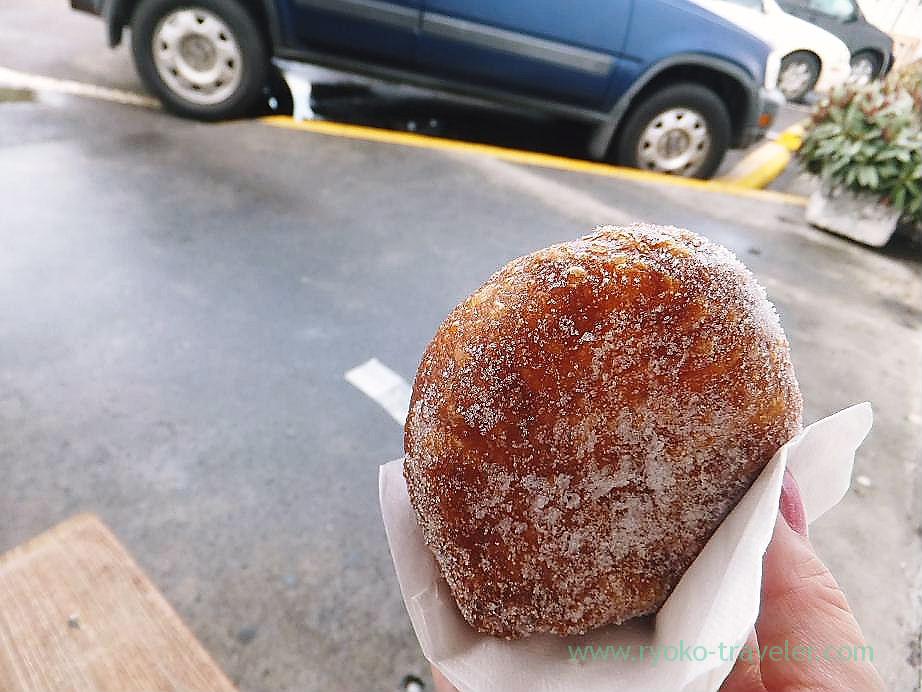 There were a lot of people, but it didn’t take so much time because most of people got deep fried breads only. 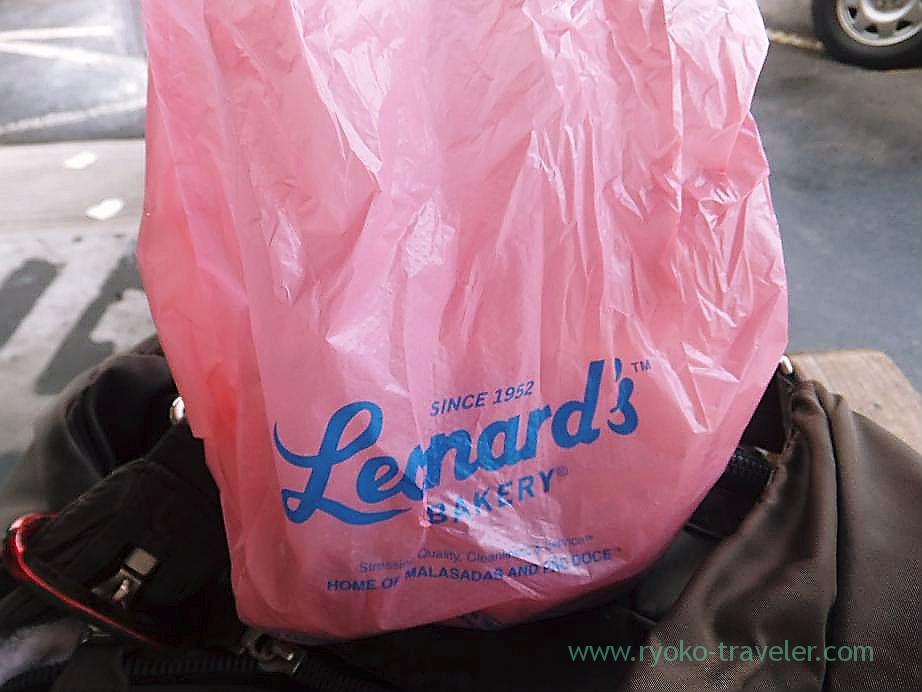 There were not many people at the Kapahulu avenue this day, but only this shop had a lot of people, as you see.
(There were many Japanese)

I bought something at SAFEWAY. But there were few my interestings. 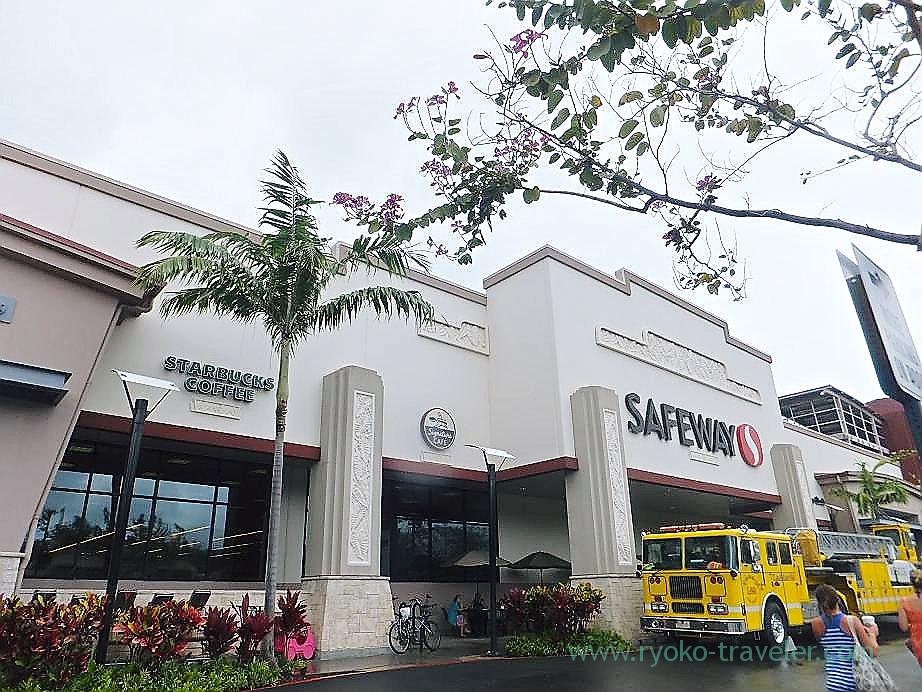 I had wanted to eat poke. It was western Mediterranean appearance.
I ordered tuna poke bowl. It was 7 dollars or 8 dollars with coke.
I can’t understand English, and I don’t listen to others well, so we were just not on the same wavelength 🙁
I had difficulty in order 😛 Sorry. 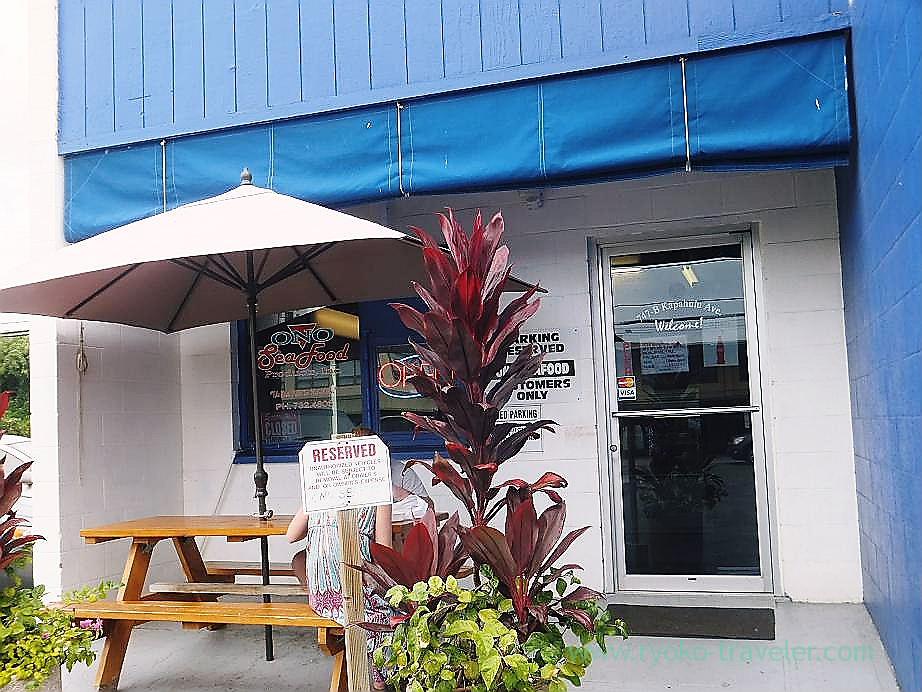 Shopper : You may take one drink from there !

I managed to buy the bento, then I took a trolley and went back to hotel. 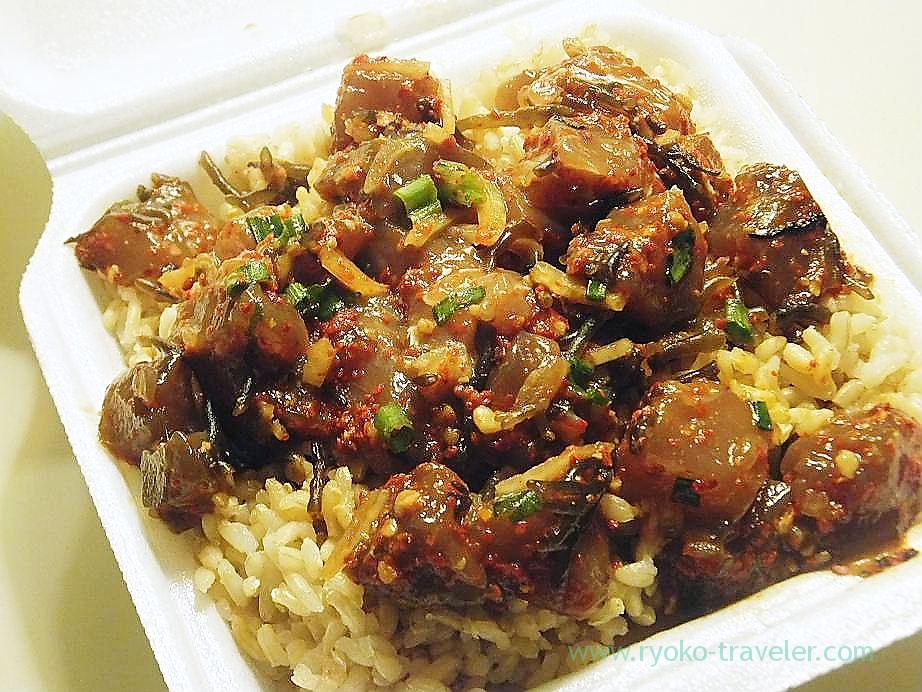 It seems bad color from this picture (Somehow, taking pictures of foods by my camera whithin doors, these are often yellowish ).
But it wasn’t bad flavor. Tuna was tasty. (But I expected the flavor is more hot.)

I hate the gritty texture of stalks of seaweed in it.

I tried to remove it, but there were a lot of stalks of seaweed, so
gritty…

As you see this picture brown rice wasn’t good. It was hard and dry,

I couldn’t take the picture with good, but this is a picture of night view from my room. 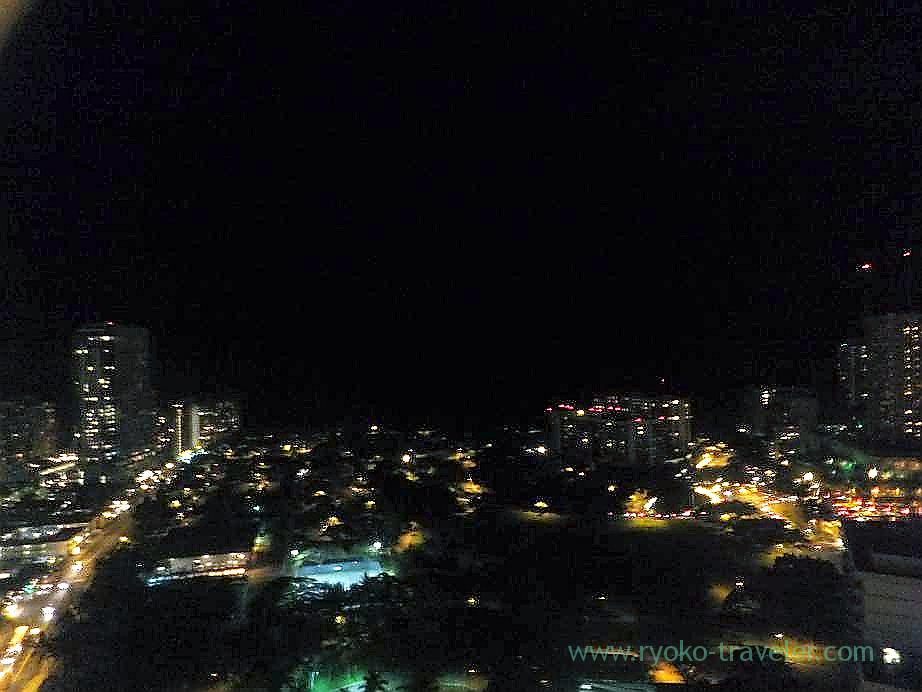 Like this I spended the whole day. with ease.

[Honolulu] Got ahi poke at Foodland for room dinner

I always get tired of eating out for dinner around the middle of trip. I don't care of my meal on such times. Of course...

Suddenly I felt like eating steak at Waikiki and went toward army museum to get steak at Steak Shack. Steak Shack serve...
Tsukiji Market : Last Kaki mix of this season for me (小田保)
Honolulu 2012 Winter (9/13) : Hanauma Bay