I canceled the travel to Cambodia.
And I tried to go to England, but I think there are very cold. so I gave up.
Jordan is expensive, Syria is in danger, I couldn’t decide my holidays.

But I found a friend who want to go to Hawaii.
I was not interested in Hawaii, but I wanted to spend my holidays in somewhere warm.
So I asked her to go with. 😀
Five days from 24 Feb. We stayed Hawaii for three nights.

Her purpose of trip was shopping.
I wanted to take it easy at warm place.
So, we took separate room. And we act separately 😛

We went to Don Quixote at first day together .
Where we went together is only it.
To tell the truth, we intended to go dinner together, but I couldn’t return hotel in time 😛
(I lost my way :O )

I traveled almost by myself 😛
I had intended to take it easy at resort, but after all I hanged around to and fro 😛

I used Delta Airline this time.

We have economy comfort seated.
It was as same as economy seated 🙁
It was not worth to pay 6000 yen 🙁

Peanuts and pretzels after boarding. 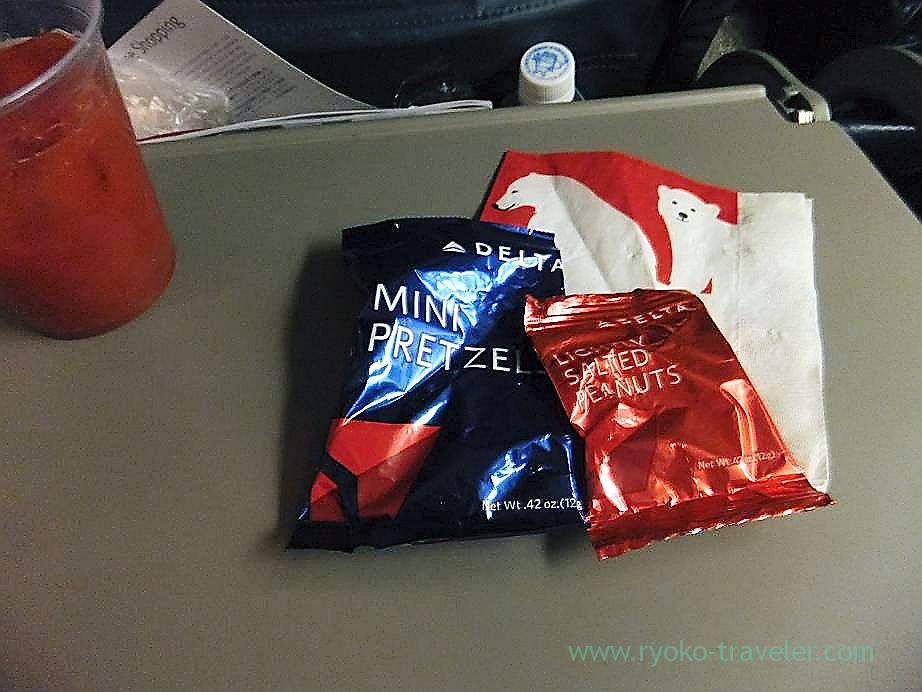 But why did I select tomato juice ?
I regreted a bit while eating.

Then meals. It was night meals 😀 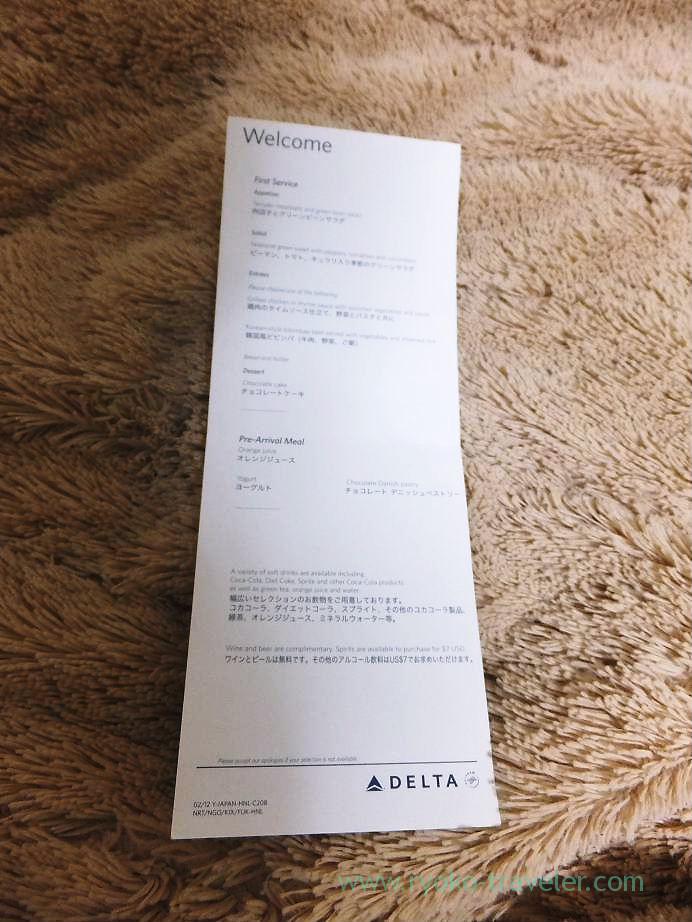 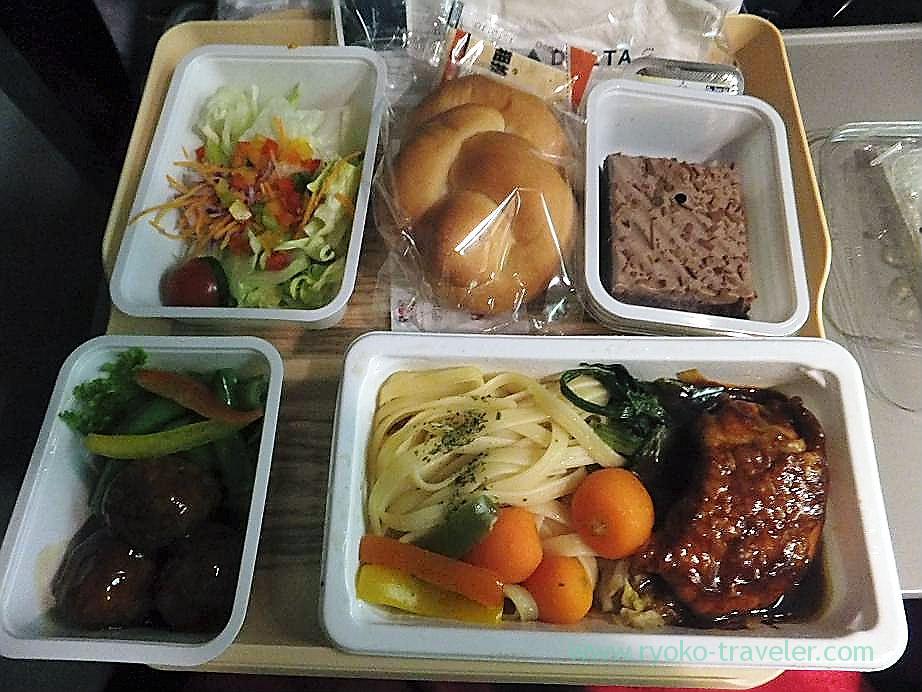 It was good. I couldn’t eat bread because I already felt full.

There were bibimbap,too . But its appearance was far from bibimbap. (I saw one
that the person next to me selected). 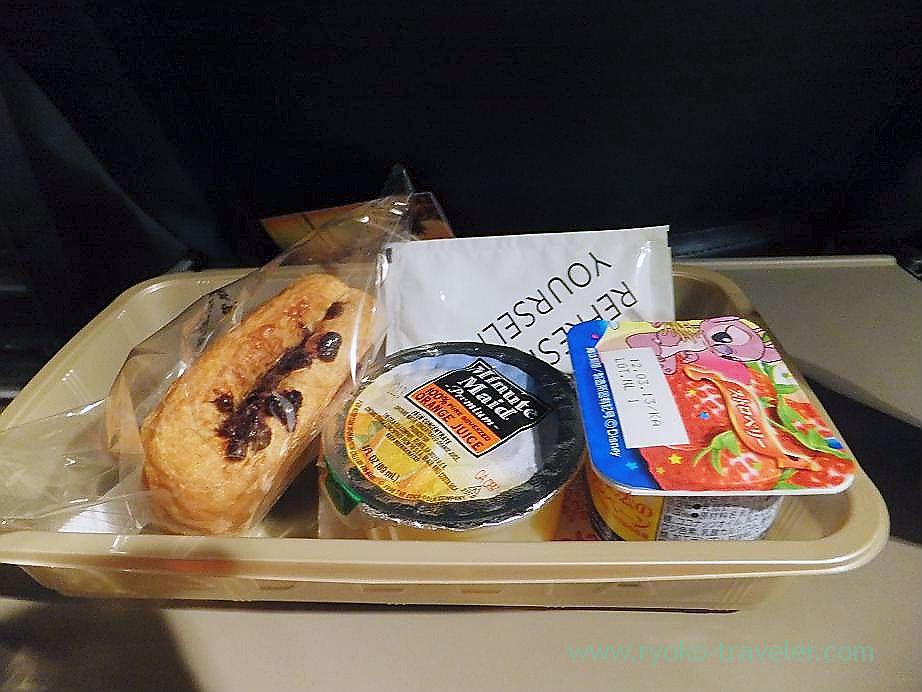 Danish was very good 😀
Chocolate and danish didn’t taste much sweet. I want to have eaten more 😛

We had a rough flight before the meals.
A cup of juice on the table was about to spill, so I took the cup with myself unsteady.
I reached Honolulu.
It is very warm. 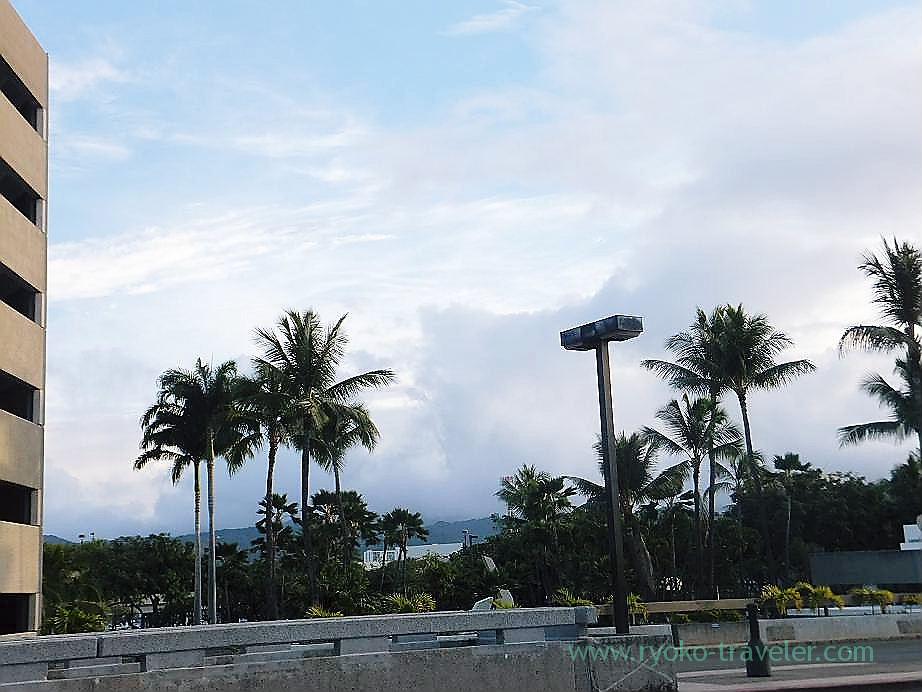 I felt Hawaii is really America by the strictness of immigration at airport.
But I think it is more and more strict at the mainland.

I think it is wonderful to cross the International date line :D.

The third day. The final day. I got up early, and I was waiting for at lobby. After a while, my car came. Then driver ...

I visited for brunch to Pioneer Saloon along Monsarrat avenue when I awoke up late during my staying in Hawaii. When I ...

After I passed passport check gate in Honolulu airport, I went straight to pinkberry ! pinkberry is frozen yoghourt sho...

[Honolulu] Got ahi poke at Foodland for room dinner

I always get tired of eating out for dinner around the middle of trip. I don't care of my meal on such times. Of course...
[Closed] Saryo Tsujiri (茶寮都路里) in Shiodome
Tsukiji Market : Sushidai