One of the few restaurant serving Goto-style udon in Tokyo.

I heard that there’s a shop that is a specialty shop of “Goto-style udon”, a little far from Kachidoki station. So, I tried the shop at lunchtime.
It’s not too far from the station, but there’s no restaurants and shops near the shop. It stand within residential area.
Hasegawa. 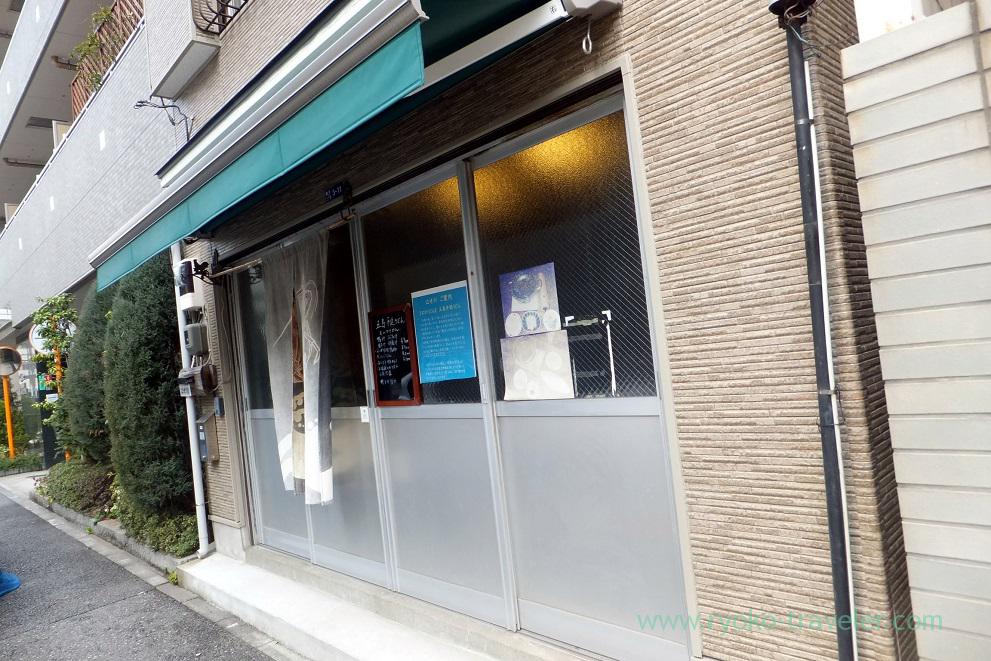 At first I passed through in front of this house. Its looking is far from restaurant. It’s like something working space in Tsukiji market :p There’s no shop name !

Only this blackboard menu says they are udon restaurant and they are open !
I found it is Goto-style udon shop indeed.

Soup can be chosen from duck meat, pork meat, meat ball and natto. 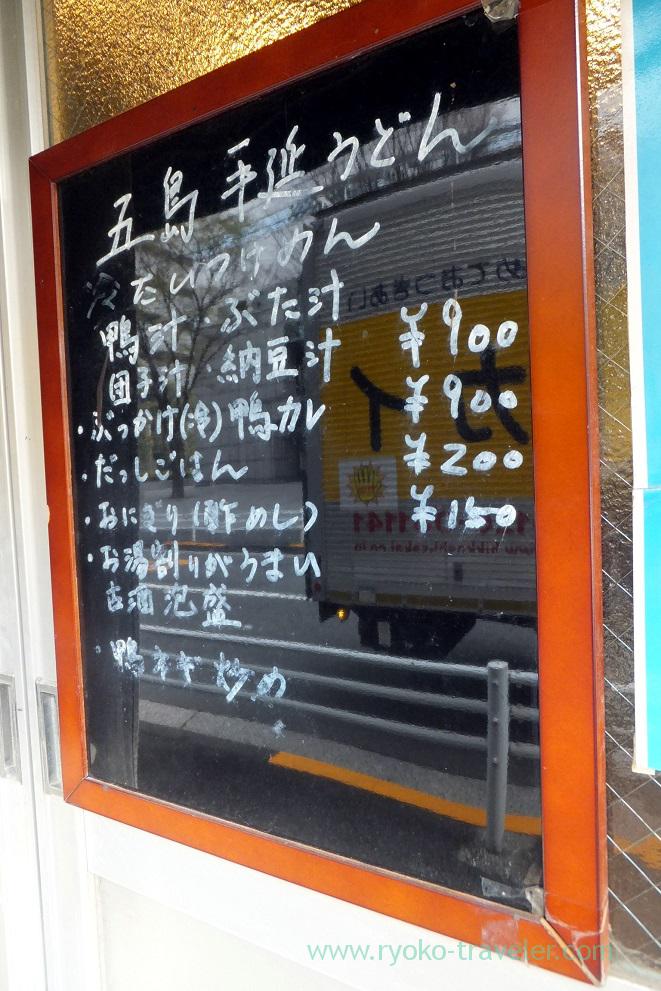 Though I hesitated to enter the shop, I opened the door. But no one was there. No sounds. I said “excuse me !” to the upstairs. And the elder man appeared and took my order. He seemed to be surprised at me lunch break near the offices was already end. 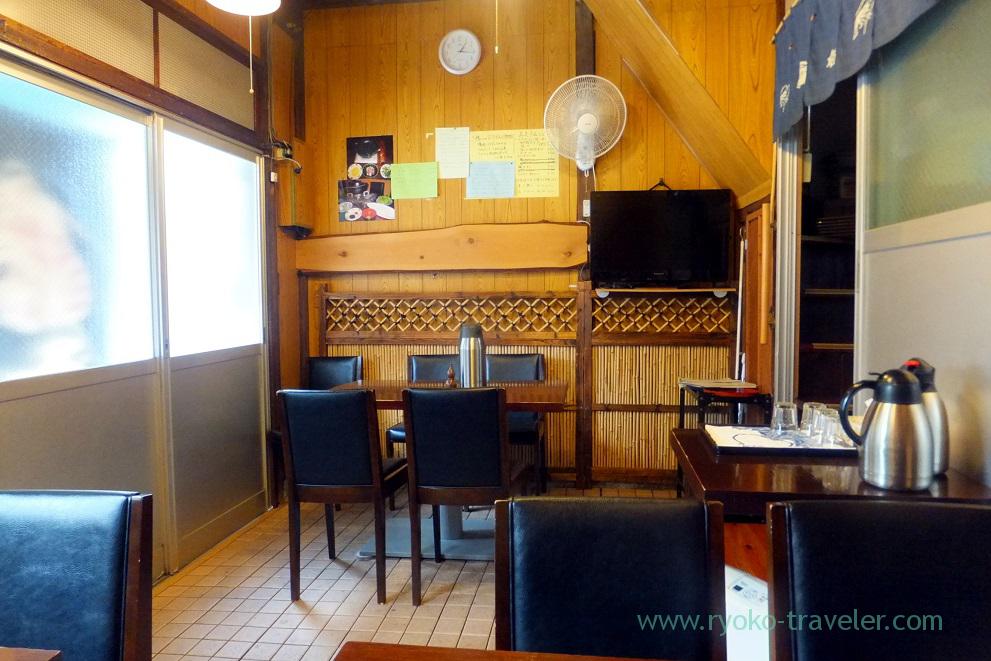 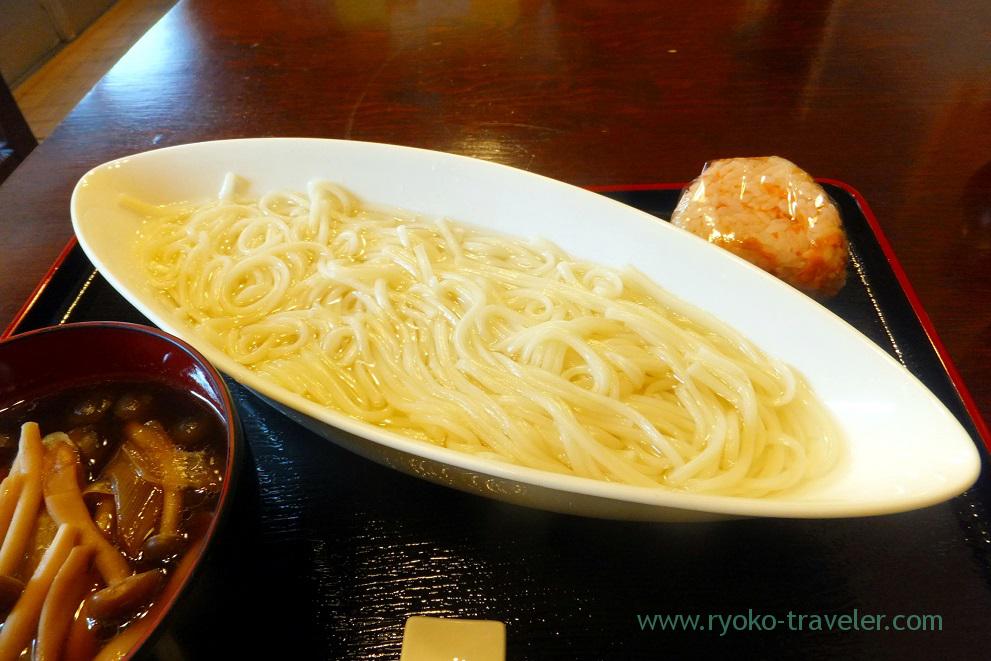 Originating in China, Goto-style udon is said to have been introduced to Japan in the Nara Period via an envoy dispatched to Tang Dynasty China.
So, it is said to be the origin of udon.

Goto-style udon is hand-streched thin and round-shaped noodles (Tenobe udon = 手延べうどん). It is produced in Goto island of Nagasaki prefecture.
It have soft and springy texture. 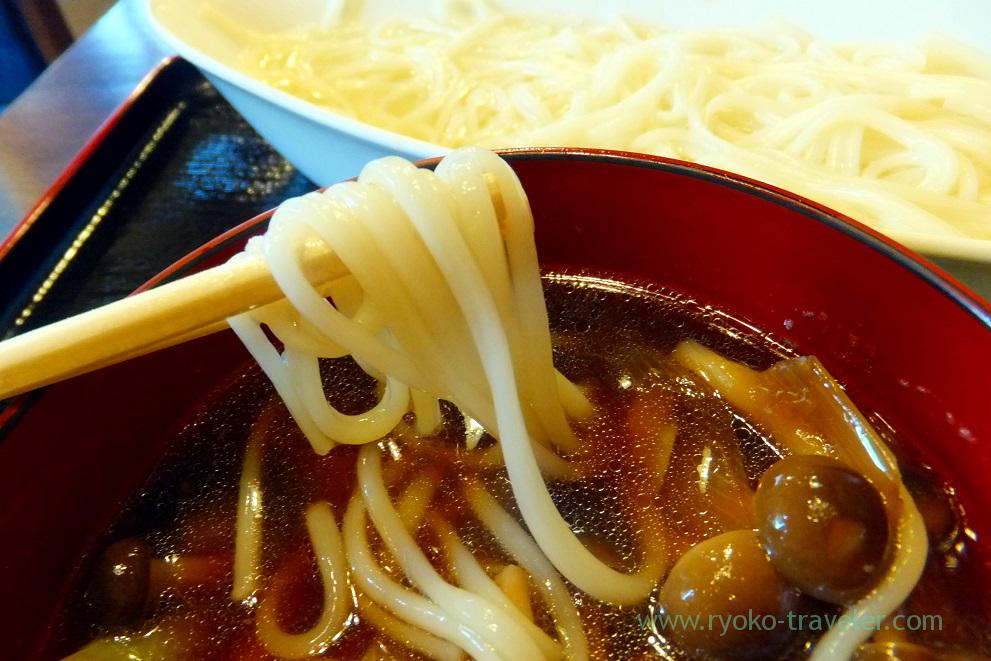 The meat ball soup had much mushrooms in the miso soup bowl !
The soup is made of Hidaka konbu seaweed, dried bonito and dried shiitake mushroom. 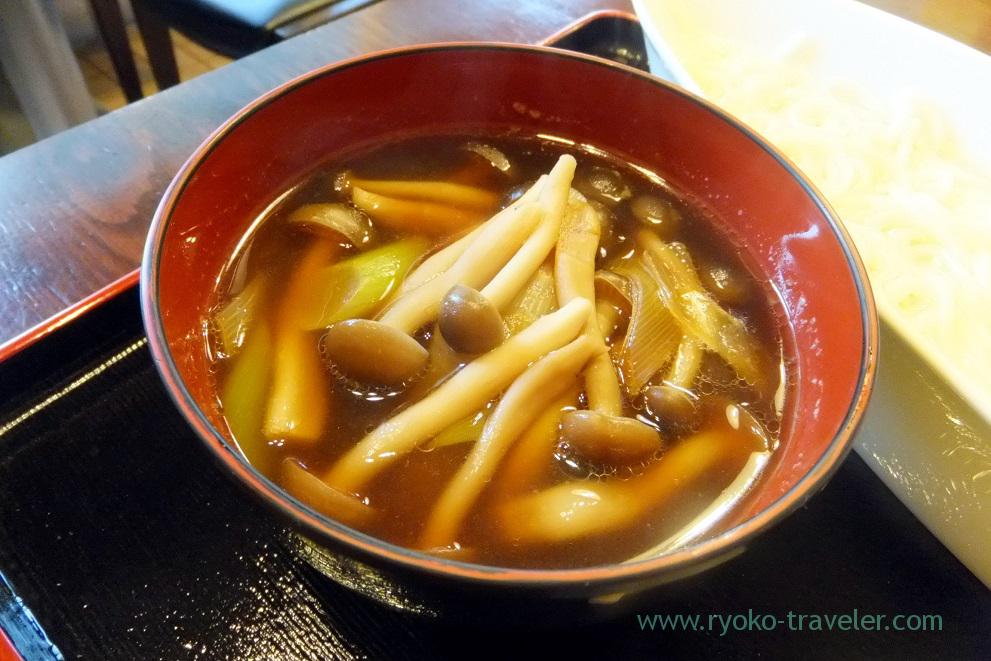 Of course, duck meat balls were in it ! 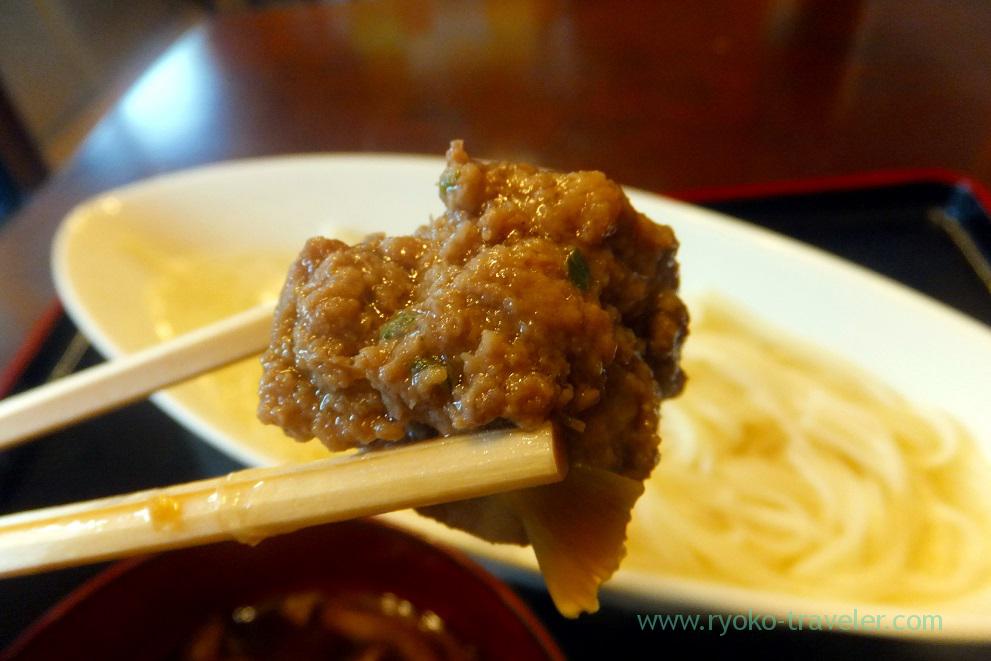 By the way, all udon have one onigiri from some flavors. I chose vinegared salmon. There were only two flavor left when I visited there. But they prepare much flavors at busy time. 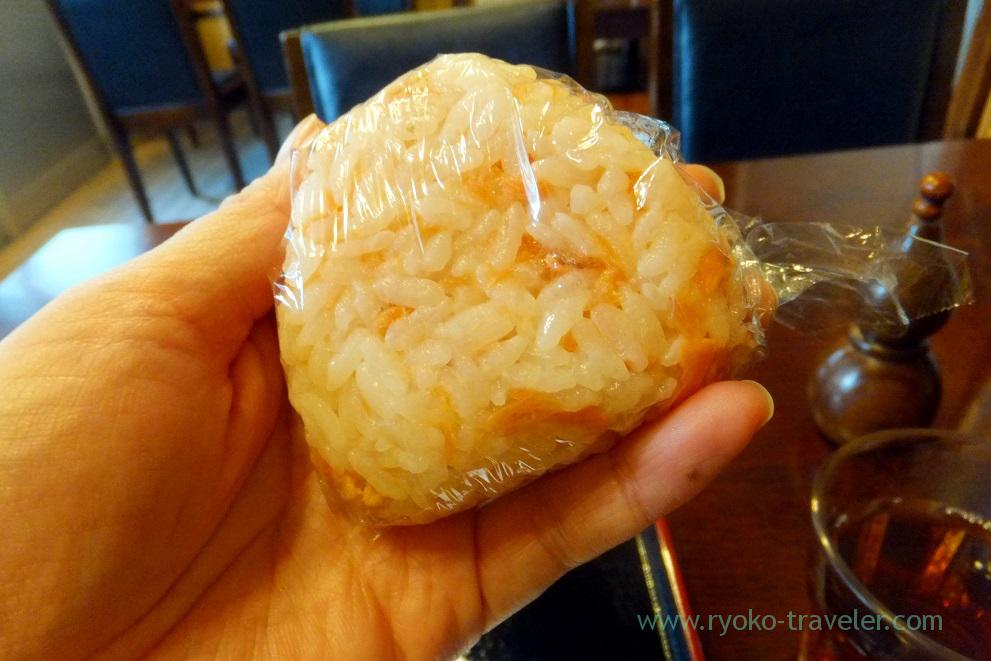 Goto-style udon was similar to somen (素麺) as its texture and feeling of the udon going down. Its refreshing taste is good for muggy summer just now !

Higashi-Jujo : From making to eating soba at Nojima

Watching soba chef making soba is fun ! I went to eat soba at Nojima the other day. Not far from station, but ...

When I was exploring good deep fried oysters on the internet, I found a deep fried foods restaurant that serve huge deep...

When I visited Asia Curry House (アジアカレーハウス) in Kinshicho for the first time, they had strong impact. Poorly lighted and...

Azuki Latte - Seasonal café latte now I had wanted to order "Seasonal latte" at Turret Coffee for a long time. But I d...

Kanda Plum blossom festival was one of the plum blossoms festival that I had wanted to been for a long time. Fortunatel...
Tsukiji : Tuna and sardine sashimi bowl at Hajime Sengyo-ten (はじめ鮮魚店)
Akihabara : Sweet naan and salted curry at Aarti (アールティ)