Lunch spot far from my office

The farthest lunch spot that I had visited was Motodane ever.
http://www.ryoko-traveler.com/motodane1/
But I broke the record this time. 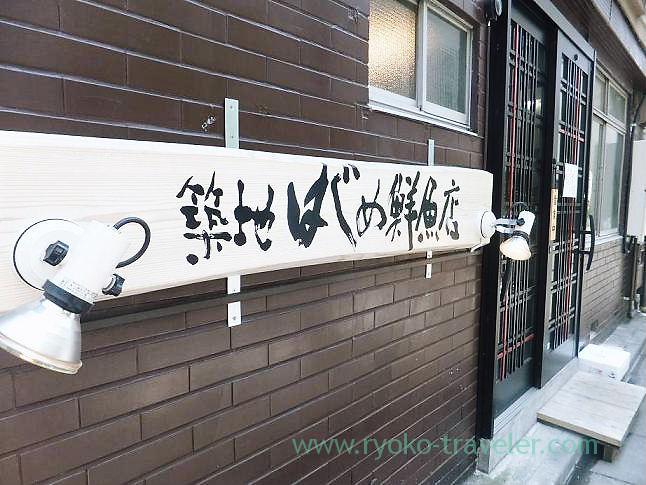 I watched the word “Raw natural tuna (天然生まぐろ)” and then I decided to order it. 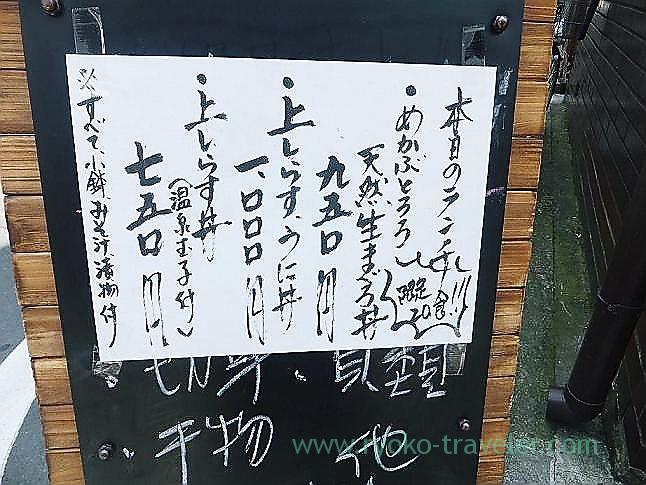 Both tuna and mekabu seaweeds were very fresh. Those blocks of tuna was lightly marinated with soy sauce. 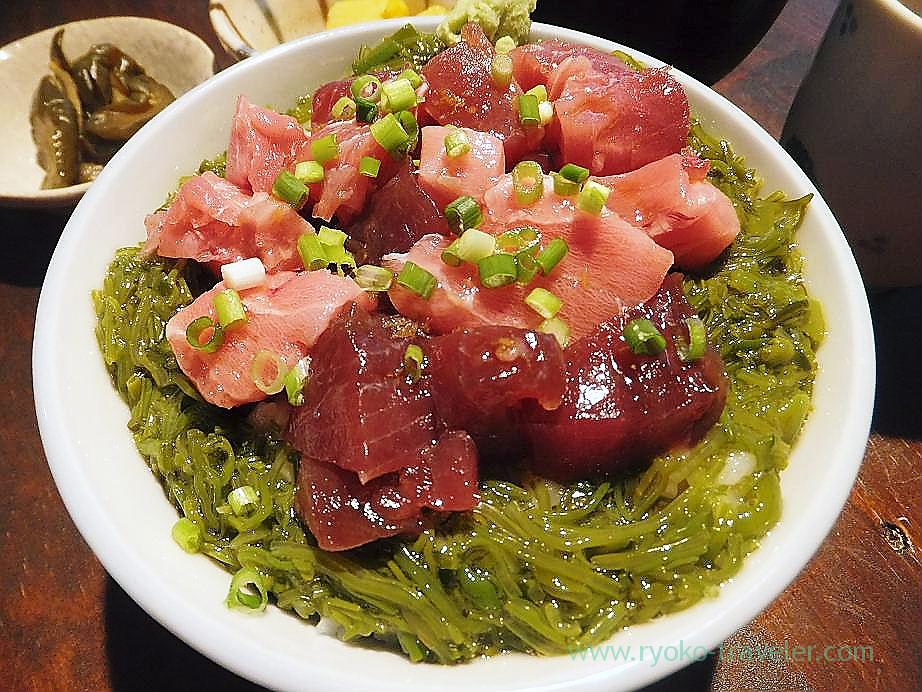 And I was impressed by the texture of those wakame seaweeds in the miso soup !
Smooth and springy ! 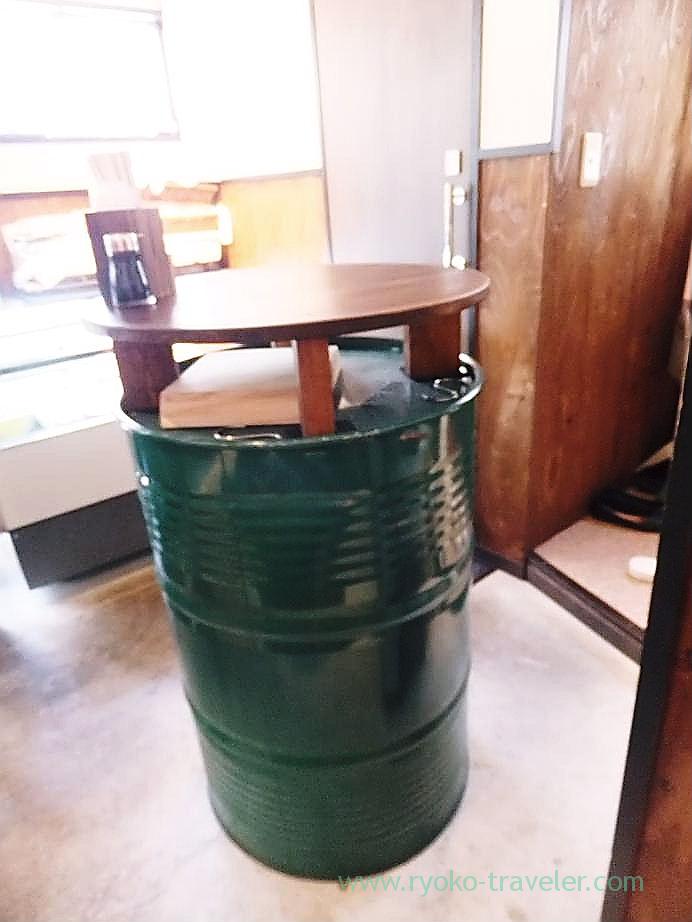 But this shop has no great difference compared with Mototane. Just several steps.

And the restaurant is farther from my office…
Sushitomi 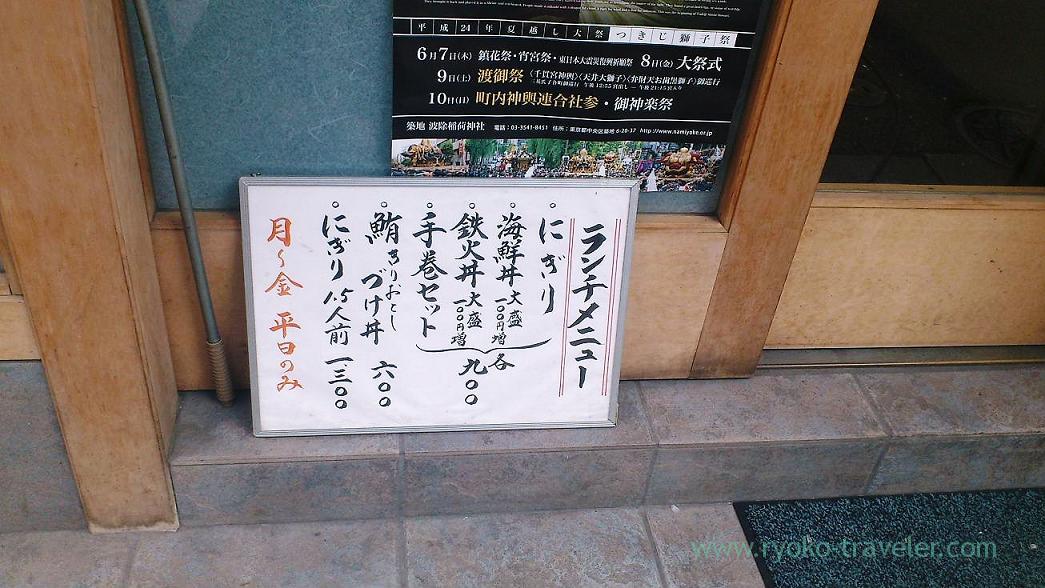 Though I was interested in sushi, I tried marinated tuna bowl that is served weekdays’ only.
Marinated leaftover meat of tuna bowl (鮪切り落としづけ丼, 600 yen)

How inexpensive ! So much slices of tuna ! But the rice was sweet and also the sauce was too sweet for me.
Though those tuna was fresh and tasty. 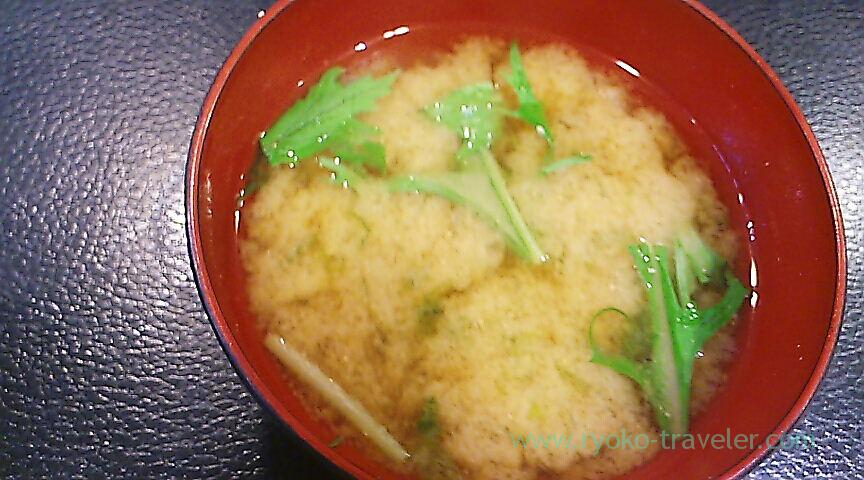 Truthfully speaking, at first, I wanted to go to Kashigashira.But I found that Kashigashira was crowded, so I gave up and came there.
It’s more escape than recess 😛

Leave a Reply to Cold as it is, going out for lunch (Tsukiji Outer Market, Kachidoki) | Viva Japanesque. Cancel reply