I have to go there again before saury season is end

Hajime Sengyo-ten has started to notice their lunch menus on their website. But recently, they don’t update the information before the lunchtime…
So, I couldn’t know the lunch menus of the day until I got to there that day, too 🙁

But they didn’t serve saury… 🙁 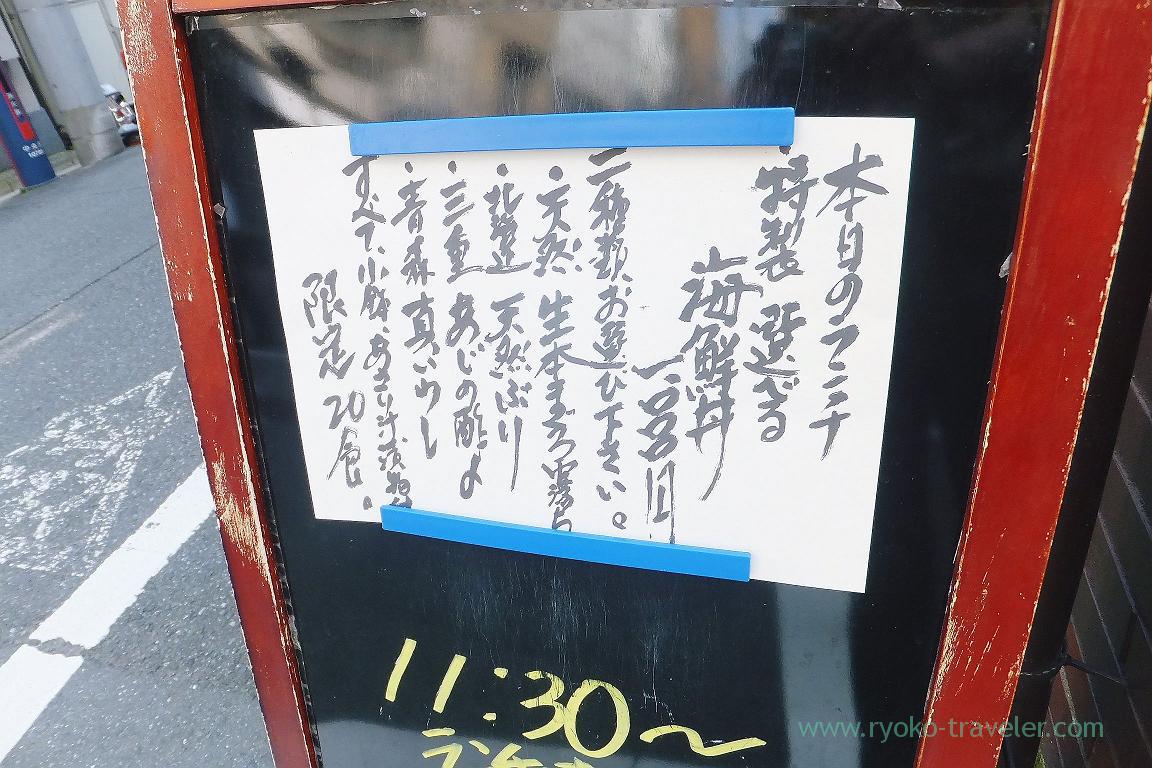 What I should eat is, all the same, silver-skinned fish instead of silver‐skinned fish.
I chose tuna nakaochi (nakaochi = left-over flesh on the spine) and sardine ! 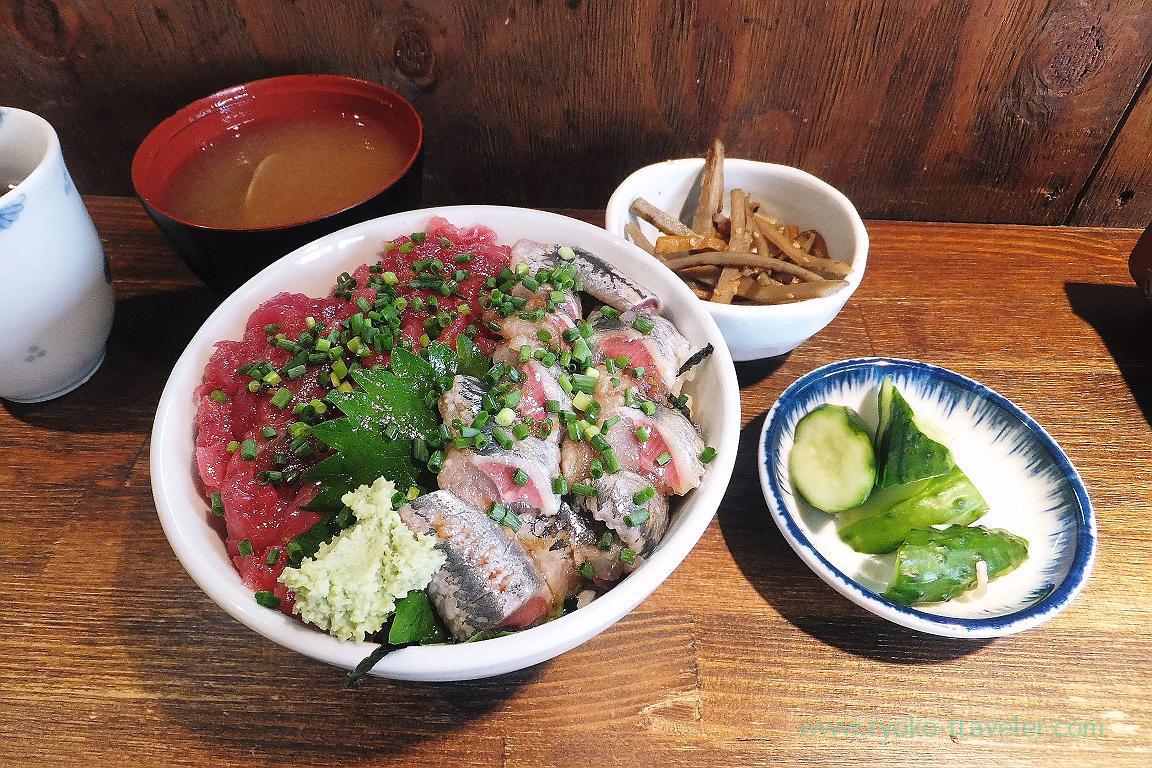 The best season of sardine is around June that is rainy month in this area.
So, the best season was already past. But recently most fishes are caught all year around regardless of season and area. 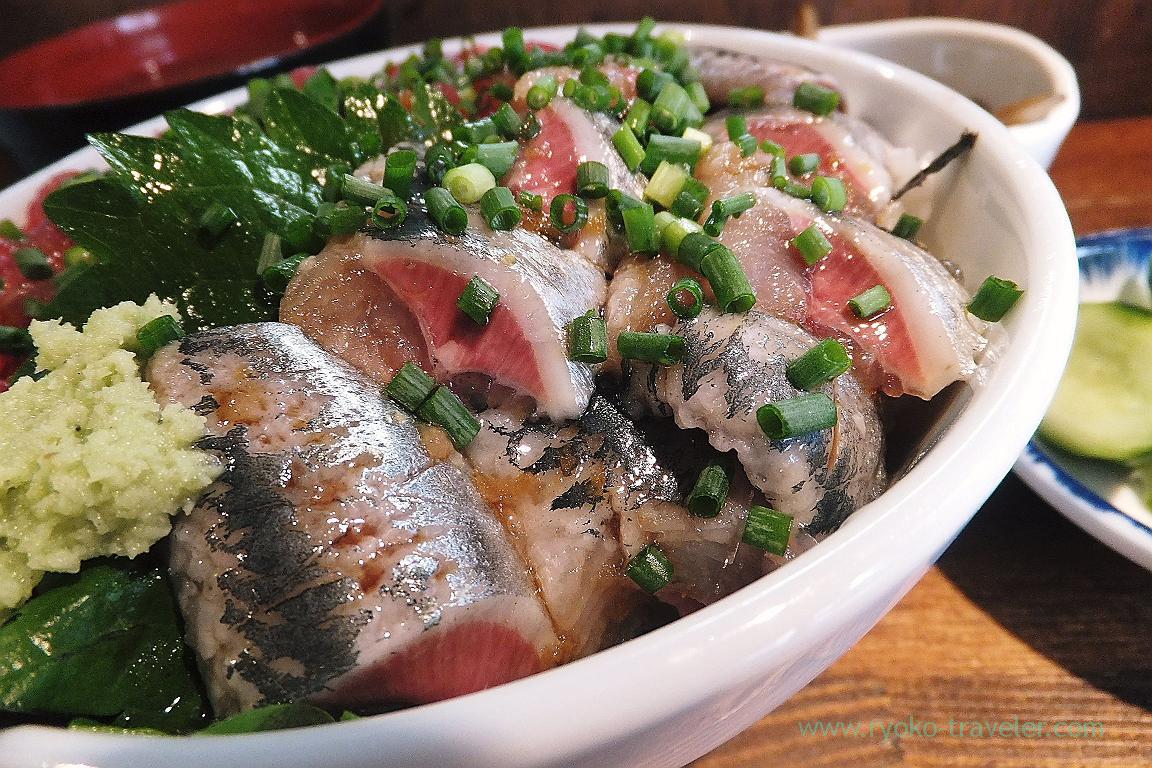 Those sardines were not so fatty, but it was fresh and tasty.

To tell the truth I was really impressed by the taste of sardines that I ate at Hajime Sengyo-ten before.
That sardines were incredibly fatty and the texture was so smooth. So, I couldn’t be satisfied with their sardines this time.
http://www.ryoko-traveler.com/hajime-sengyoten8/

What made me surprised this time was… this tuna.
Look at this pink-colored fresh meat ! To tell the truth, I love nakaochi around bones better than well-ordered part of tuna because I like this sticky but smooth texture dressed with its fat. It have both good point of lean meat and fatty meat (toro).
And also nakaochi is more inexpensive. So, most restaurant serves much meats than well-ordered part 🙂 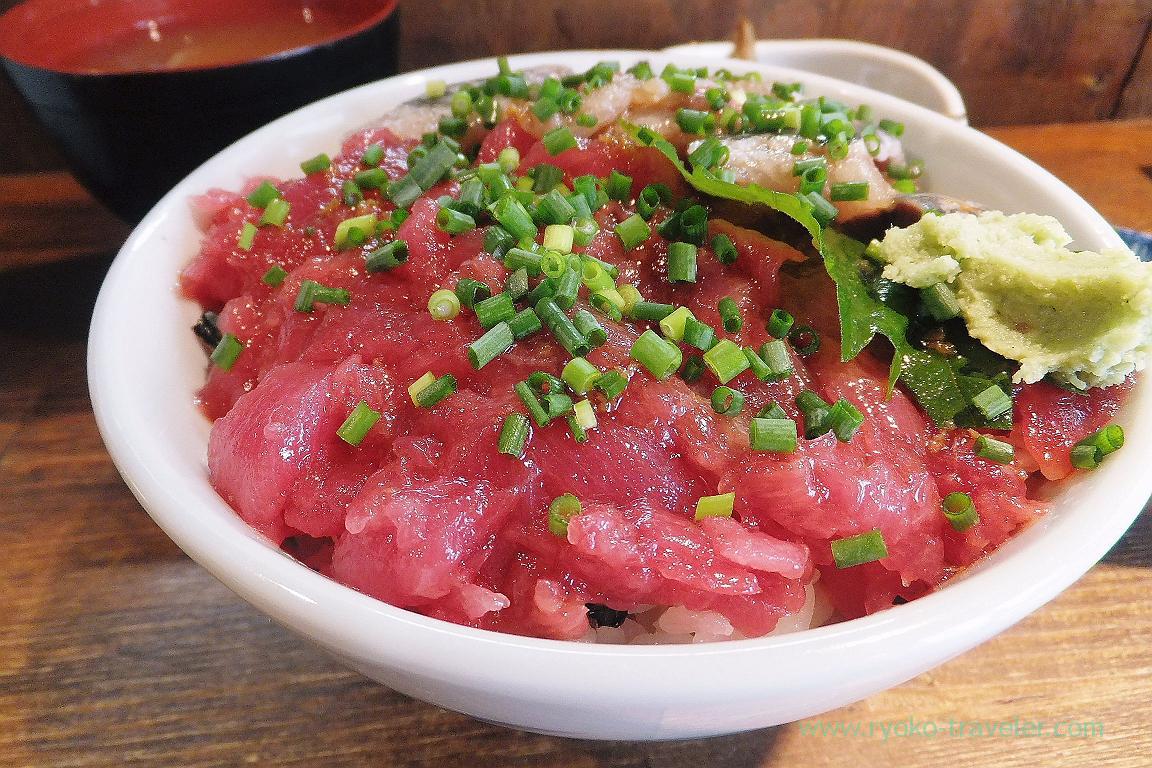 Odayasu is the most suitable place for breakfast for me Sorry for my blog being stopped for a while. I'm just back from...

Historic place of curry and kissaten Jinbocho is popular as a town all kinds of second-hand books gathering, but it is ...

"Choice two seafood from five !" Now it is already muggy all day, but I managed to Hajime Sengyo-ten for lunch. Well,...