We went to Hachijyuro Shoten that has some branches, for example, Tsukiji, Ayase branch and so on. 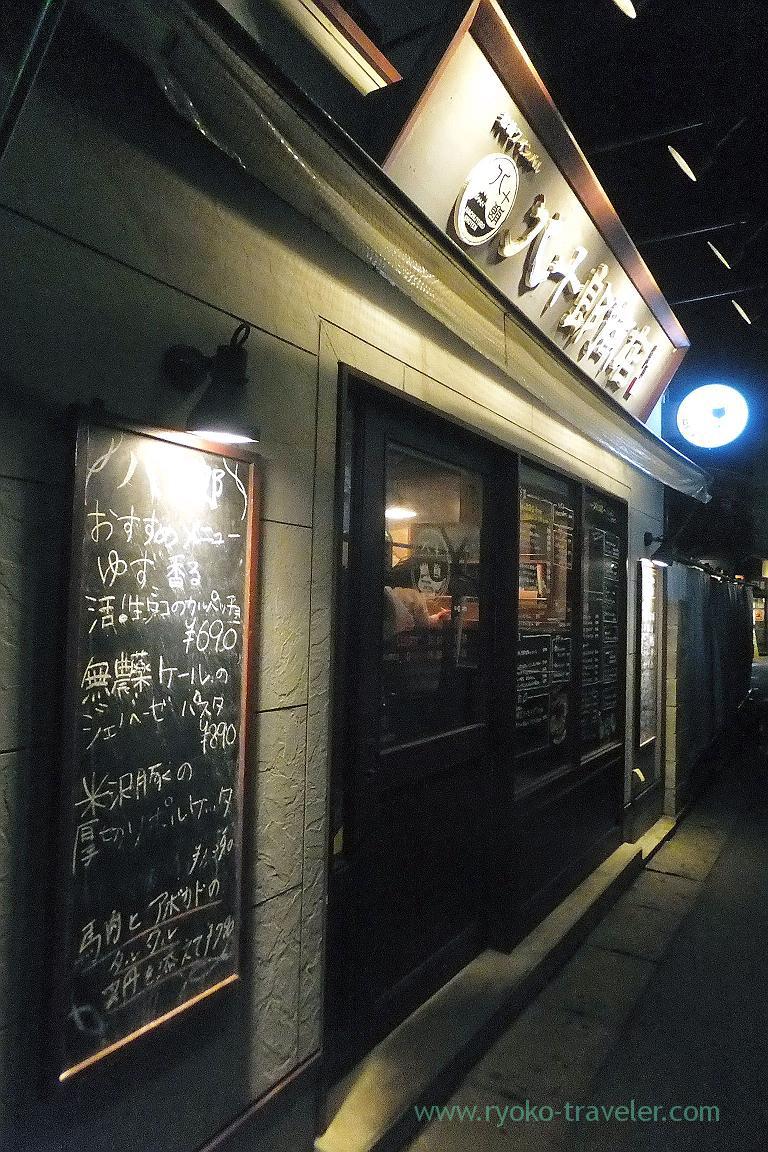 Mostly I go to there in a group that have four people including me, but that day, I went to there with my friend. We were seated along the counter table. This was the first time to be seated there. The table is narrow.

Umm. I examined now, we went to there last time as two people ! I forgot !

Funabashi : fresh seafood and meat at Hachijuro Syoten
Yummy Spanish bar along a narrow street I had dinner at Hachijuro Syoten after one year interval or so. It is very popular shop and it is hard to reserve. But there may be some vacant sea...
www.ryoko-traveler.com

At first, white wine that I ordered and otoshi was served.
Otoshi was marinated vegetables. 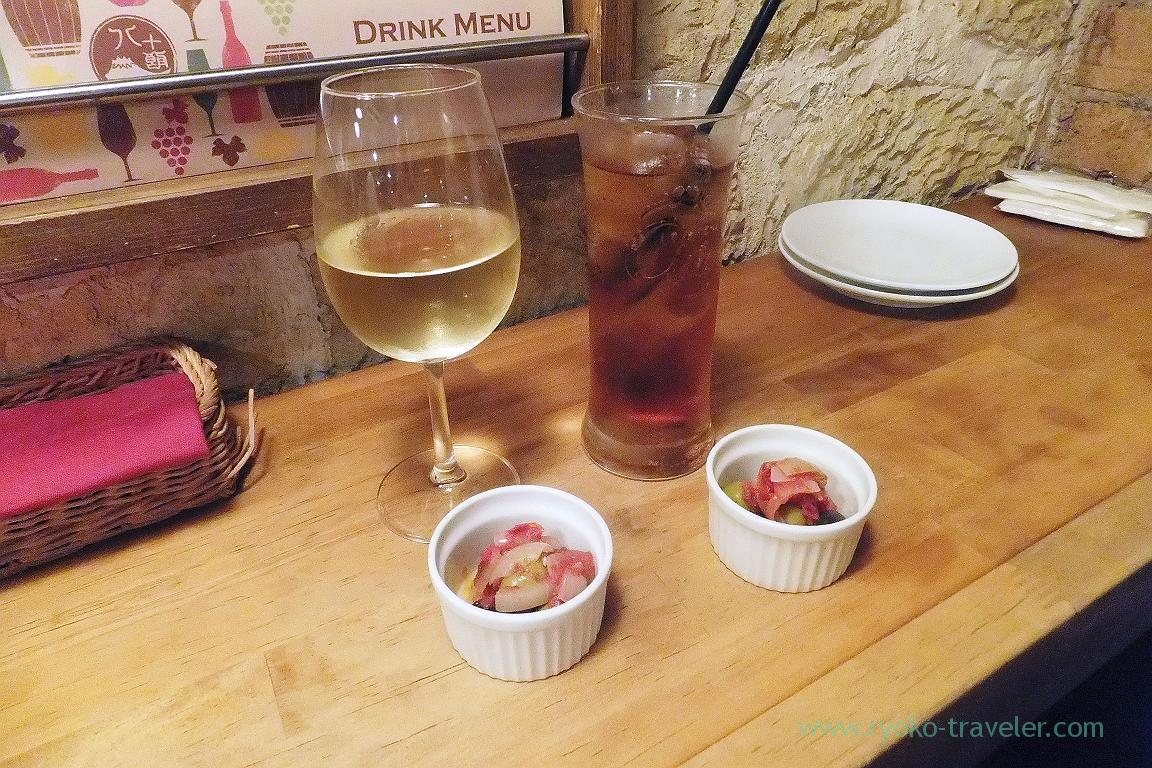 I intended to drink one glass of wine only, so I ordered the wine in a glass.
They always prepare four or five kinds of wines for serving in a glass. What I ordered was it. It had refreshing taste.
Vionta Albarino 2013 (ビオンタ・アルバリーニョ, 580 yen) 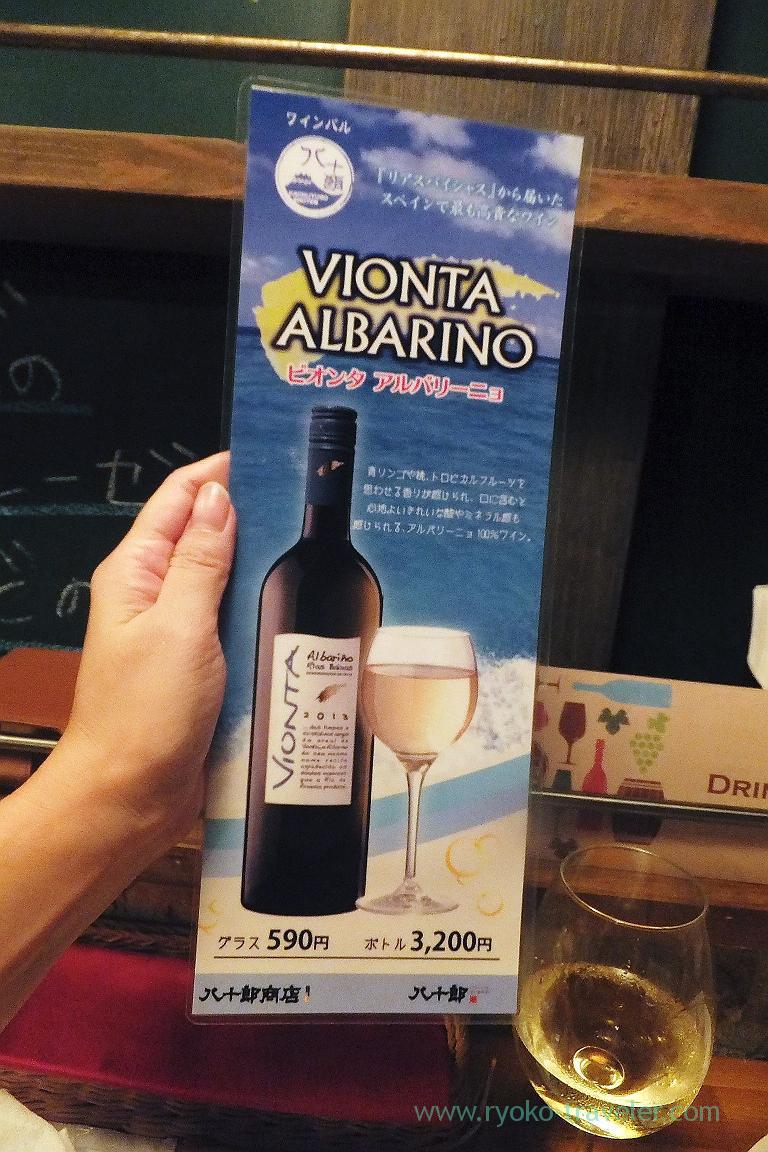 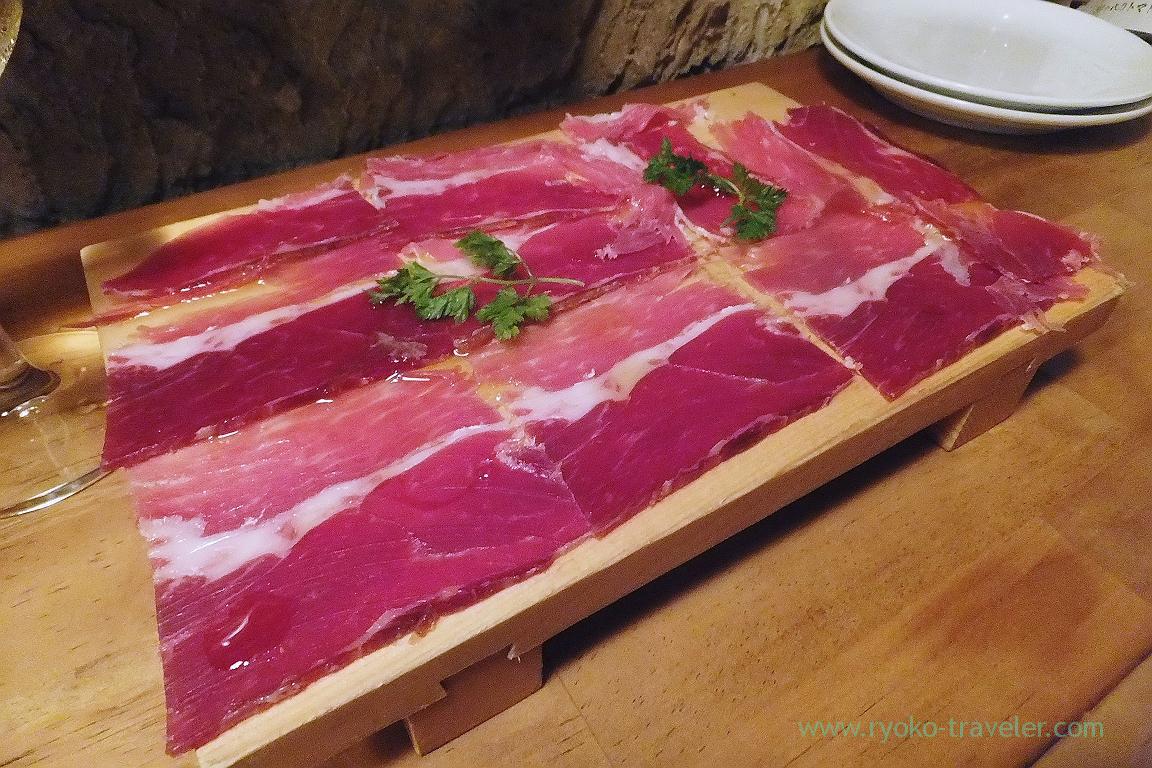 Assorted uncured ham including Iberico de cebo has more beneficial feeling because that cost us near 1500 yen.
http://www.ryoko-traveler.com/hachijuro-syoten1/
It was tasty, but I couldn’t agree with them to put olive oil on it.

Potato salads with gorgonzora (ゴルゴンゾーラのポテサラ, 390 yen)
When we ordered assoted appetizer including this food, it had few gorgonzora, but this had lots of gorgonzora. It was delicious. 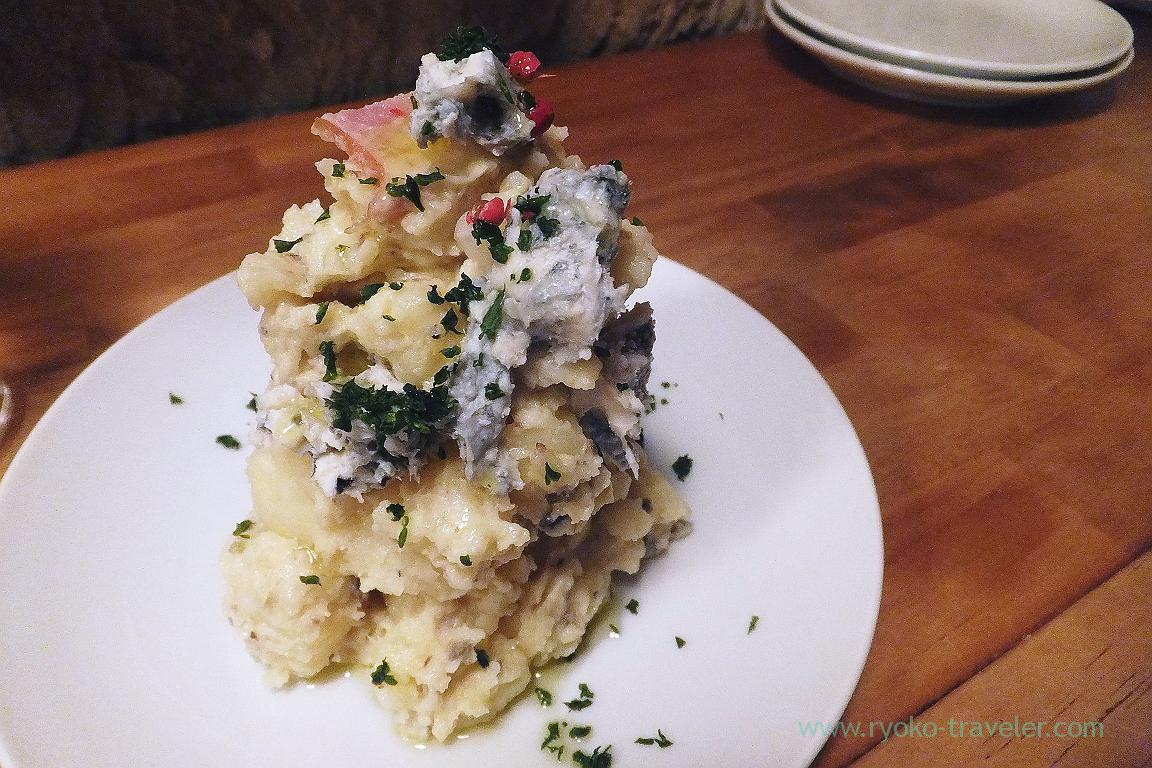 Risotto with lobster and Americaine sauce (オマールエビのリゾット ソースアメリケーヌ, 1090yen）
The lobster gave us big impression, but this lobster didn’t have any tastes. Maybe it was soup stock refuses 😛
Thanks to it, this rice was so flavory by the lobster.

What attracts us most was this foire gras. Though it is expensive foods, Hachijuro Shoten serve it at comparatively inexpensive price.
And also the corn was sweet !
Saited foire gras with Madeira sauce (フォアグラのソテー マデラソース, 1190 yen) 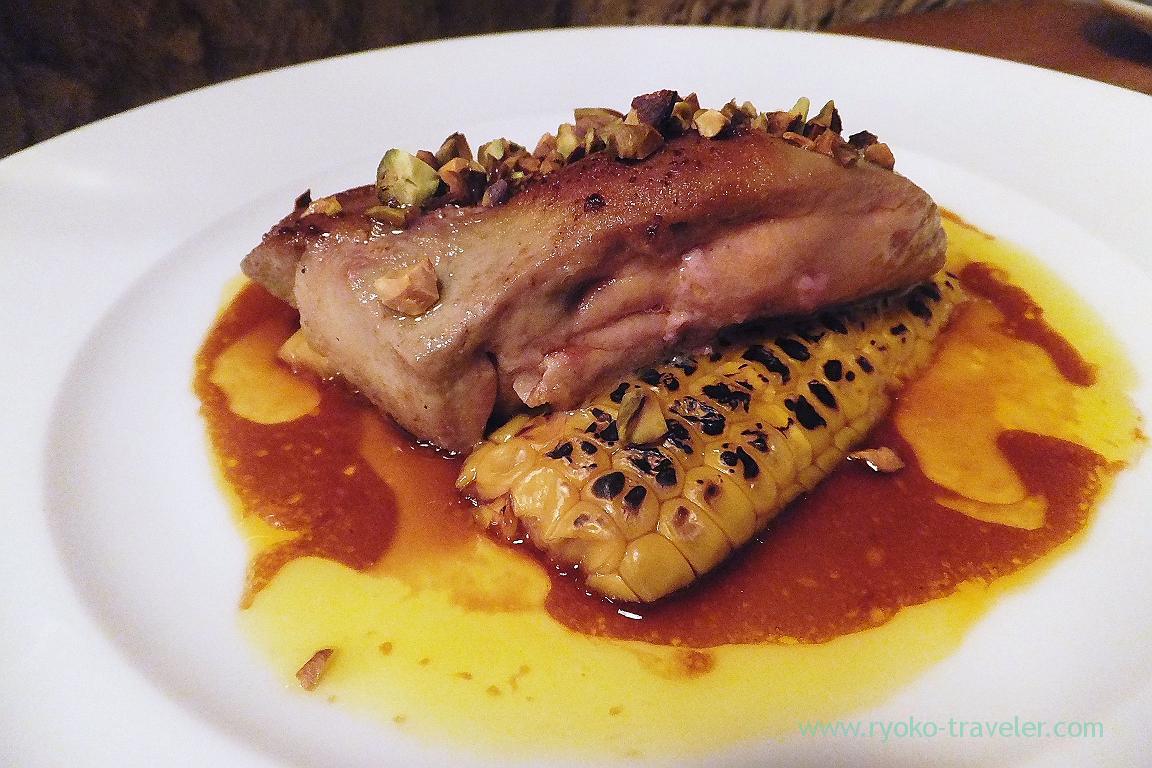