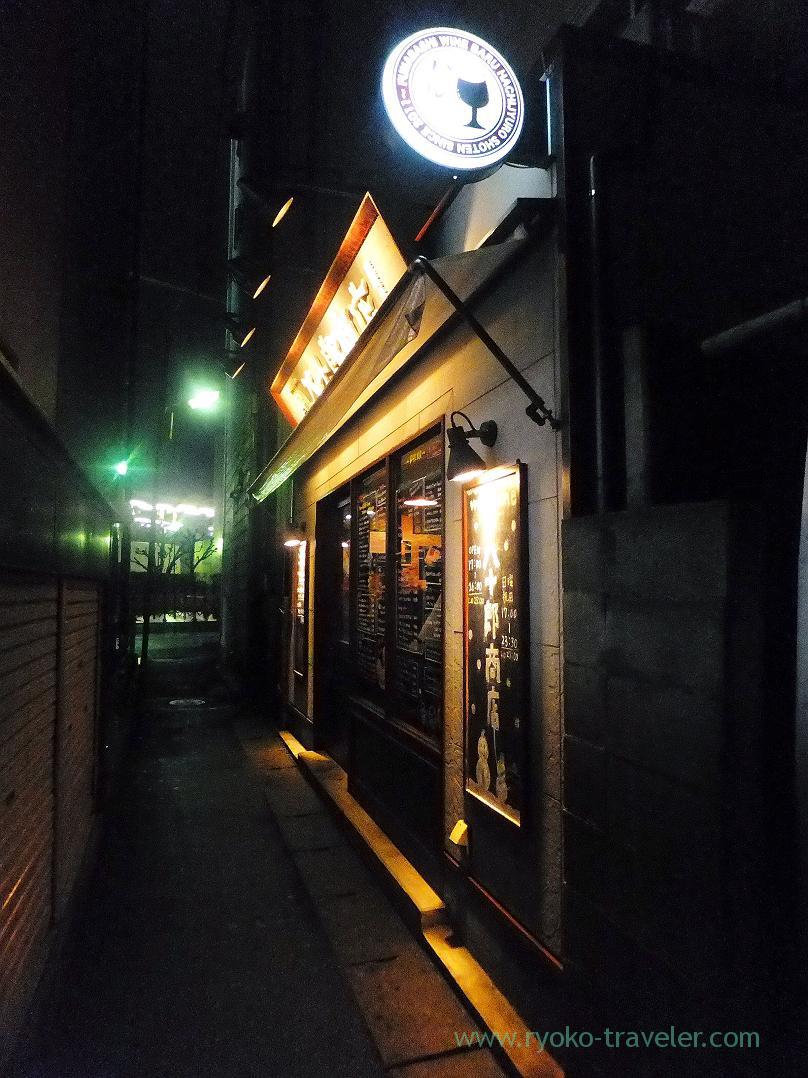 It is very popular shop and it is hard to reserve.
But there may be some vacant seats if you go there except from 7 to 8 p.m. (But you’d better confirm before you go to the shop all the same)

That day we were two, the waitress led us to the counter table against wall. 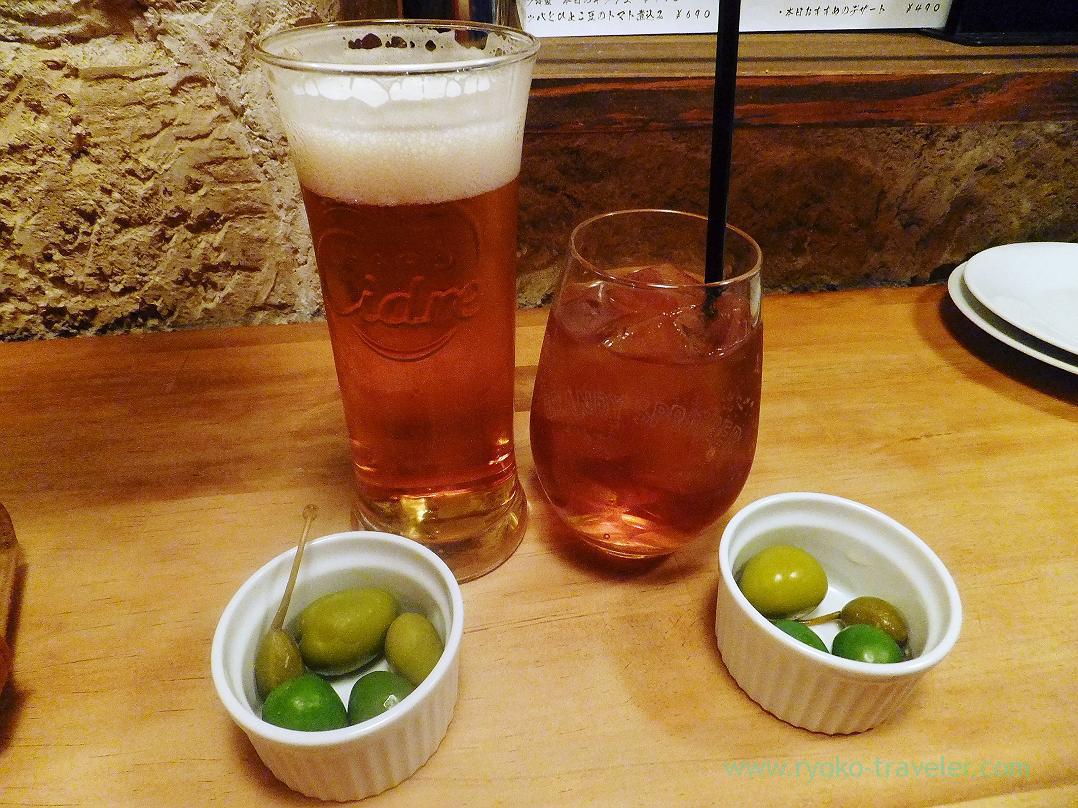 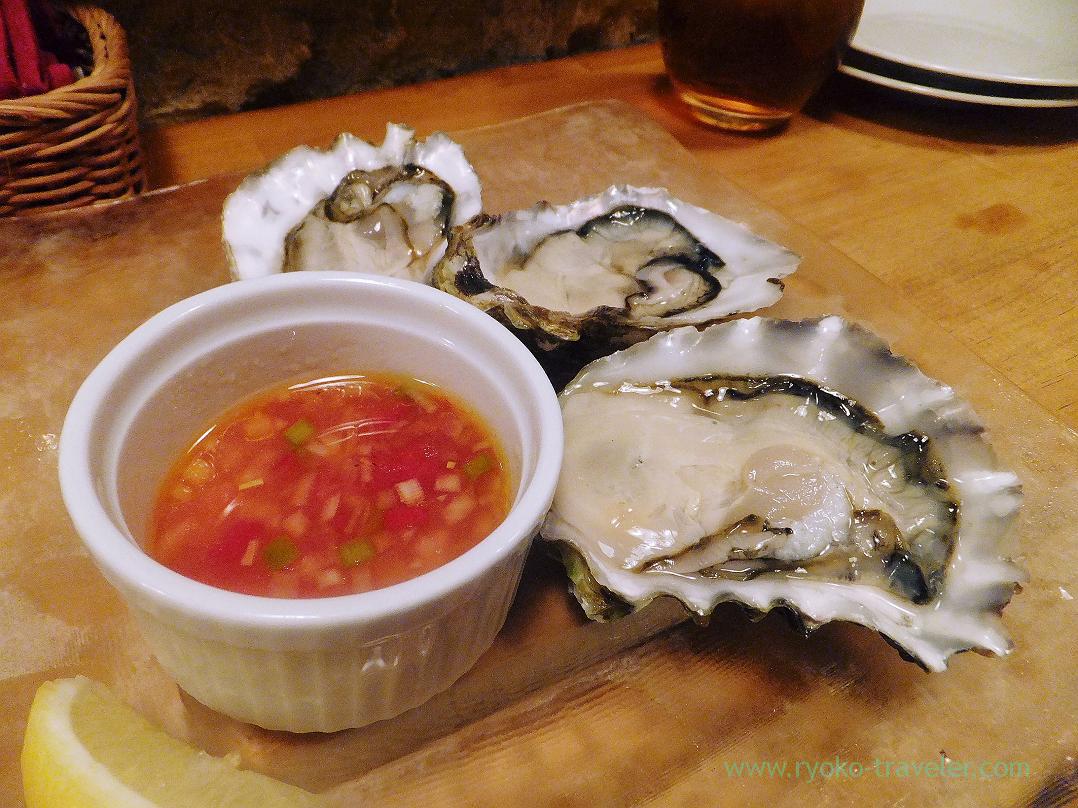 Those oysters itself were good. But this sour sauce (similar to ratatouille) wasn’t good.
It tasted strong and I couldn’t taste those oysters well.

Then I ordered white wine that is imported by this shop directly from Spain. 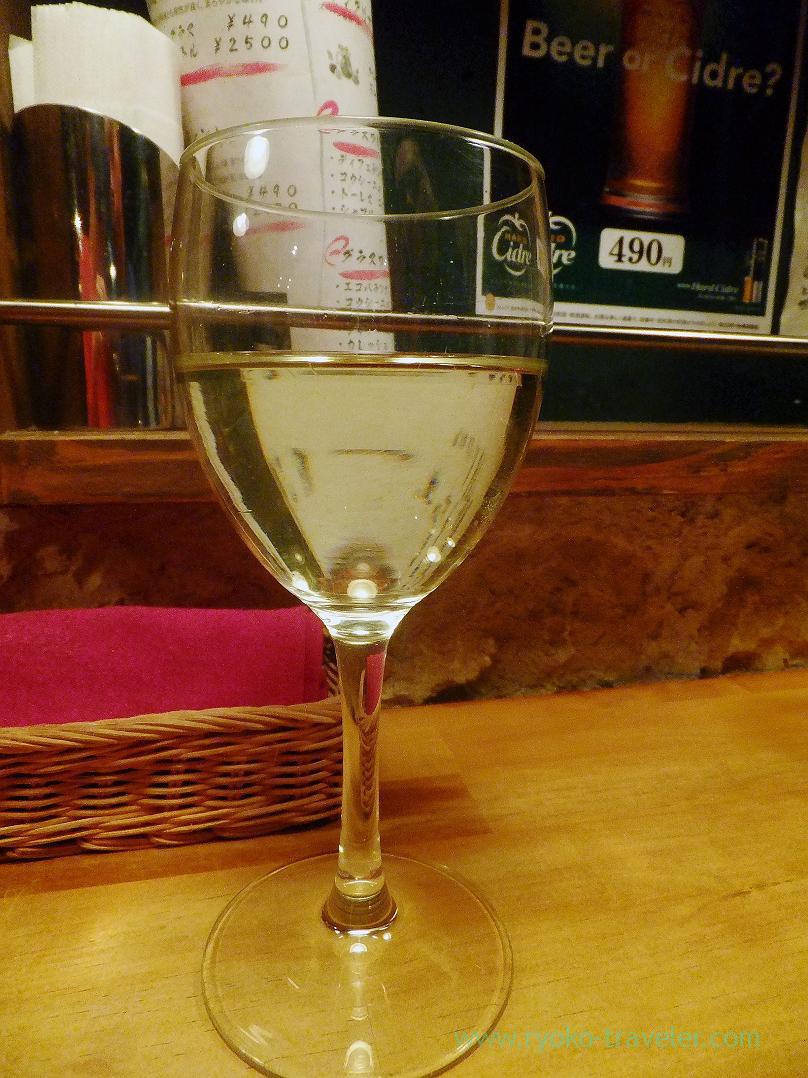 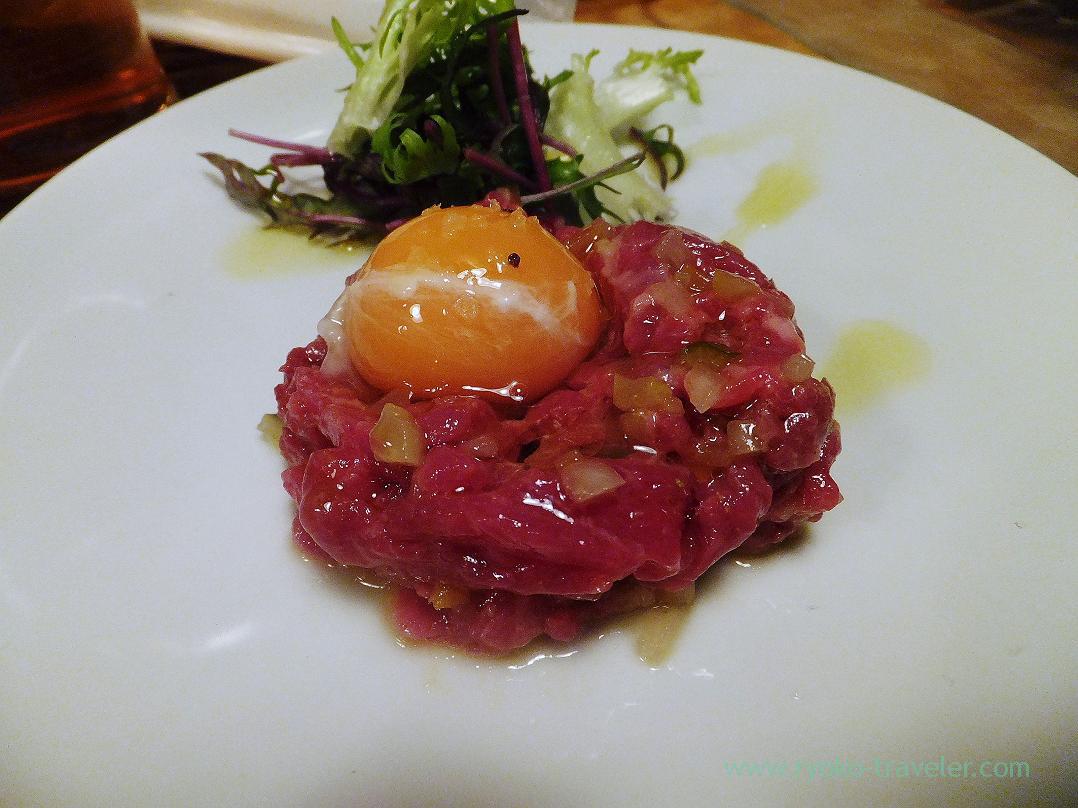 It’s like yukhoe. Mixing the meat and raw yolk altogether and ate it. This meat wasn’t fatty and tasted light. I like it.

Well, eating horse meat as raw is not still restricted by law, and won’t for the time being. 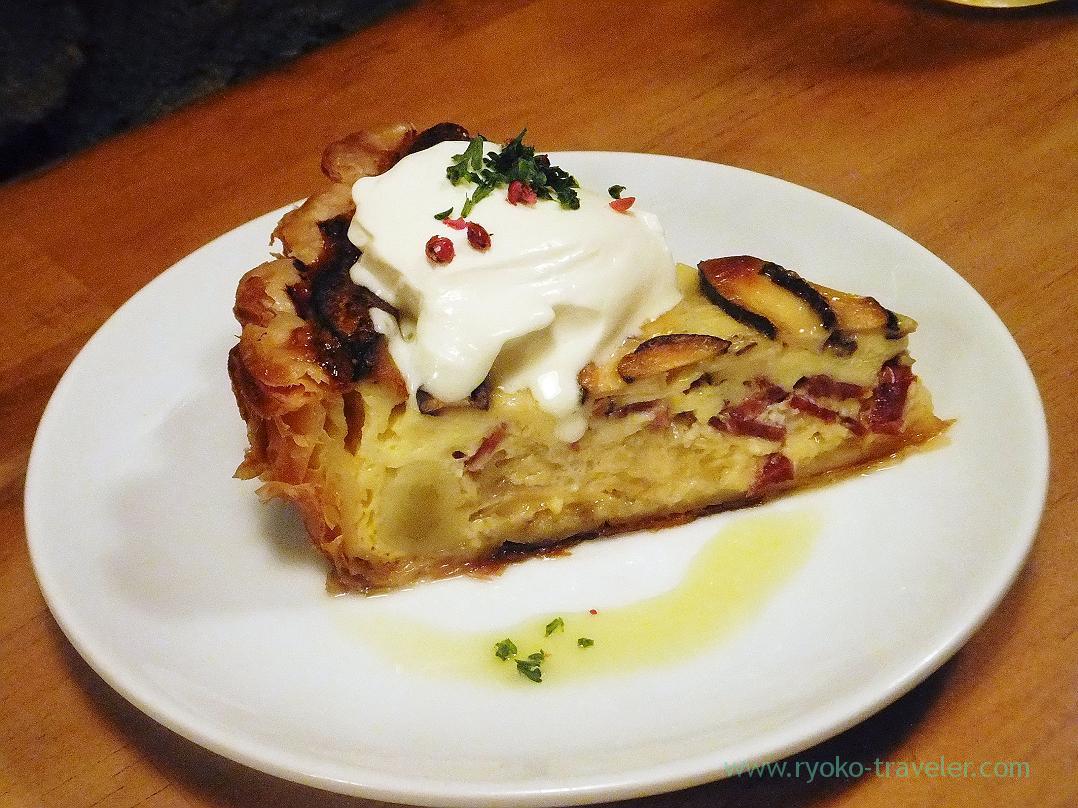 It was like cake without sweetness. Plenty of the cheese sauce on it was tasty, too 😉 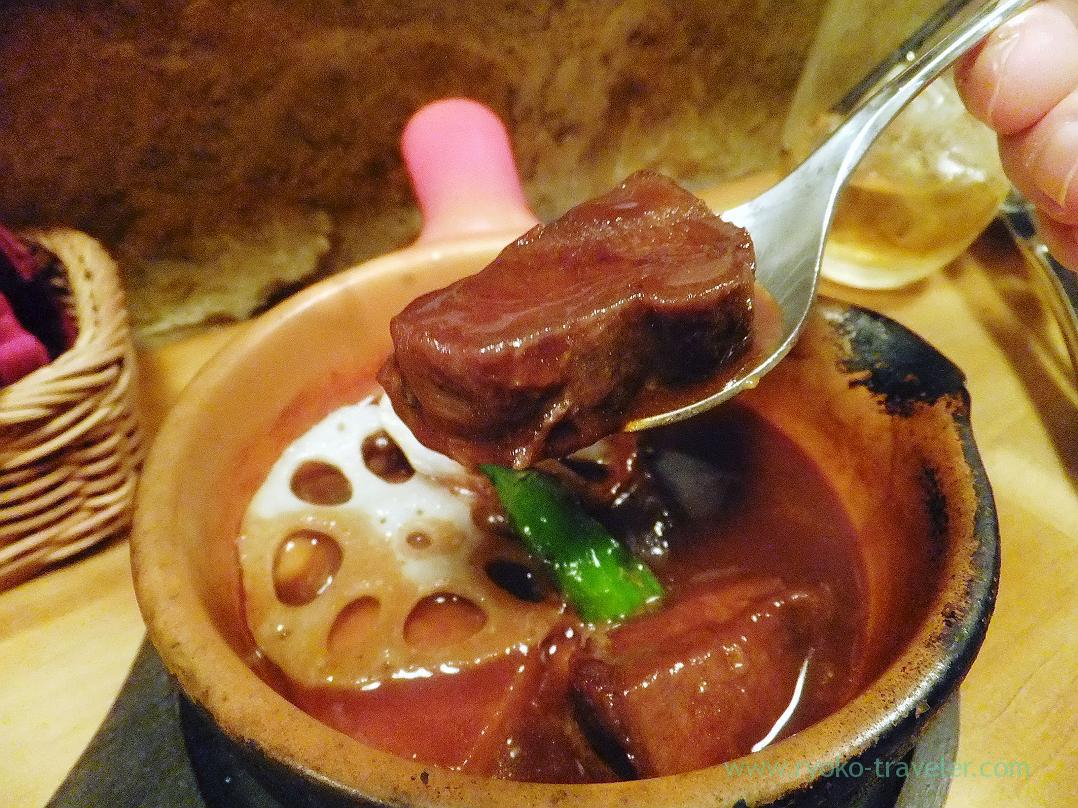 Though small pieces of beef tongue, it tasted good and was soft 🙂
The sauce wasn’t thicker than expected. It was good for me. 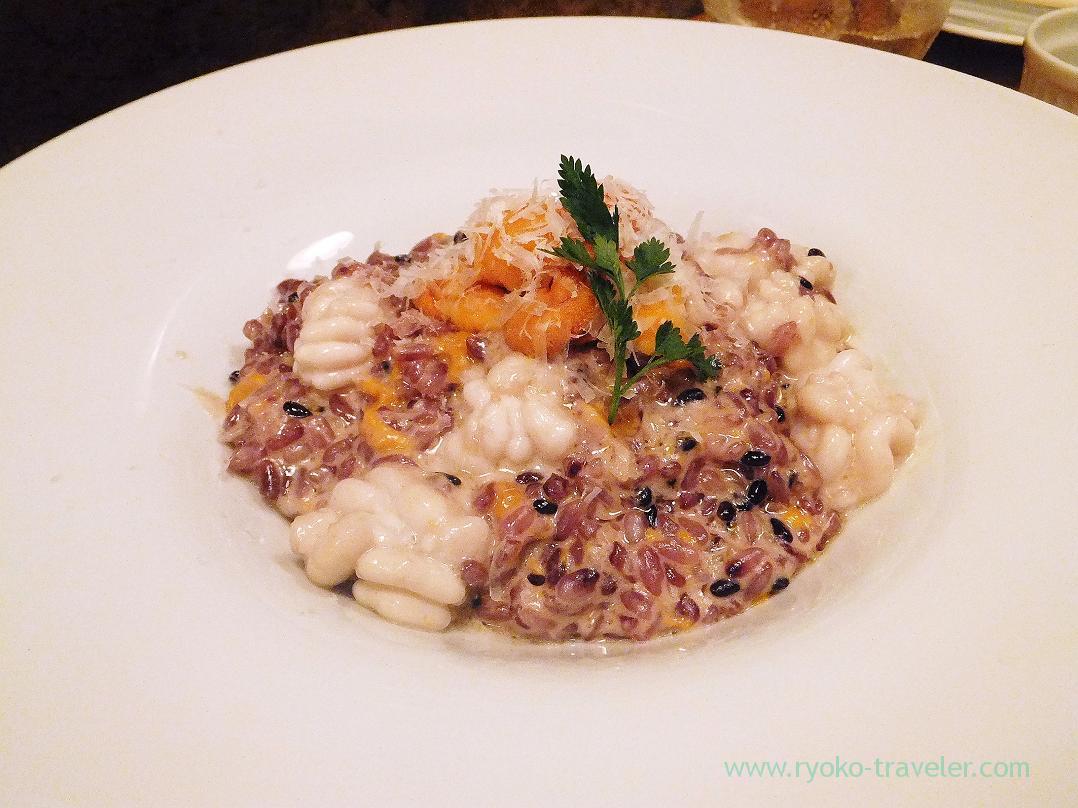 This risotto was splendid !
The rice is purple rice.
Creamy sauce, and soft roe and sea urchin on it.

Speaking of Hachijuro Shoten, I had known that Tsukiji have the branch.
Ayase branch and Okachimachi branch was open before I know.

Awesome ramen shop came back ! Finally, Tomo-no-moto near Higashi-Nakayama station is reopen :) The manager (chef) re...

Cold winter has passed ! Now is middle of March. It is getting warmer day by day. Especially today is unusually warm...

Ikinari steak is open in Aeon Tsudanuma branch not so far from my home. So, I went to there ! We order the amou...

Kid friendly cafe serve cute latte art ! I hadn't seen a complex, and difficult latte art ever. Though I sometimes get...
Italy 2015 (6/14) : To Venice by ship !
Monzen-nakacho : Amaou strawberry parfait at Frutas