We gathered there again.

We were satisfied with the quality of dishes at  Hachijuro Shoten before, so we went to there with another friend again 😀 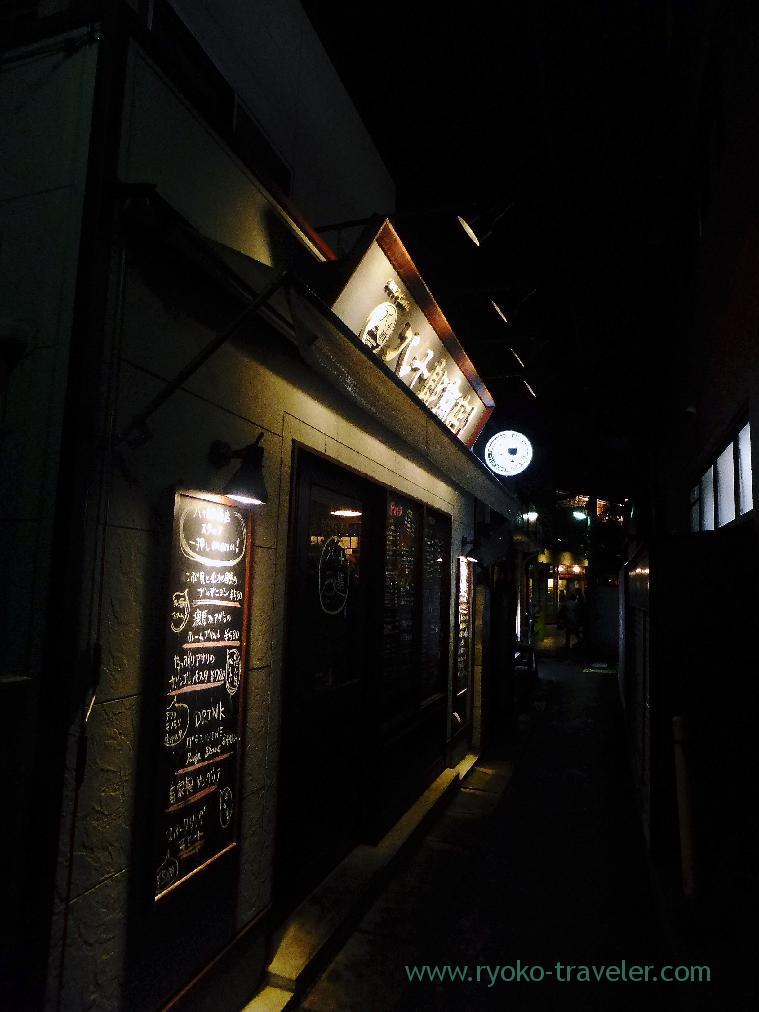 New Spanish bar (Funabashi)
There used to be a dark and gloomy alley in front of Funabashi Station. There also used to be a old izakaya along the al...

Hachijuro shoten standed in the darkness that day, too. 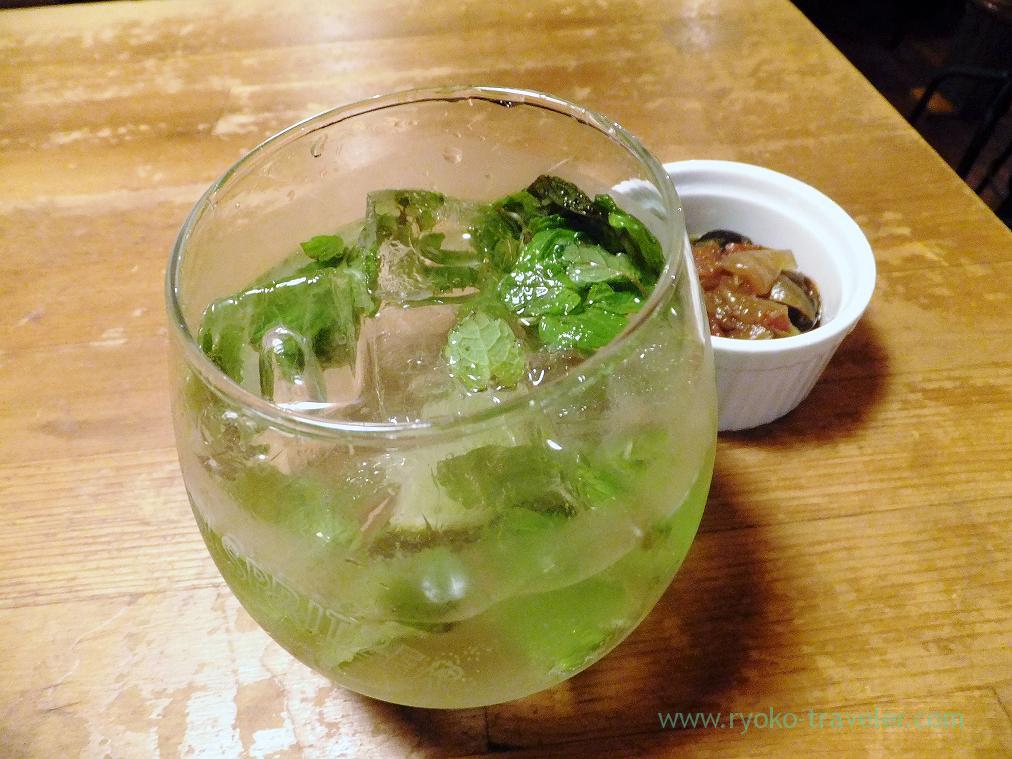 It looked good, but it was difficult to drink because those leaves disturbed me 😛

We were four, so we ordered assorted five kinds of antipasto (前菜５種盛り合わせ, 1480 yen). The pork putty was good. 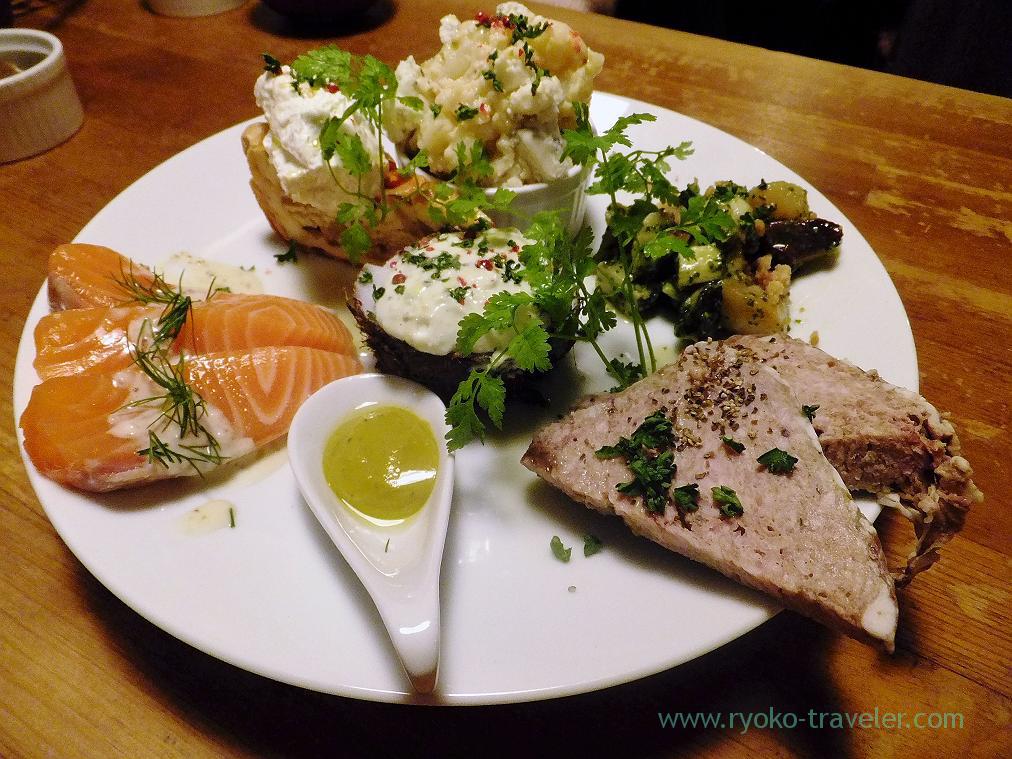 Salmon had lemongrass on it.  Those were cut thickly 🙂 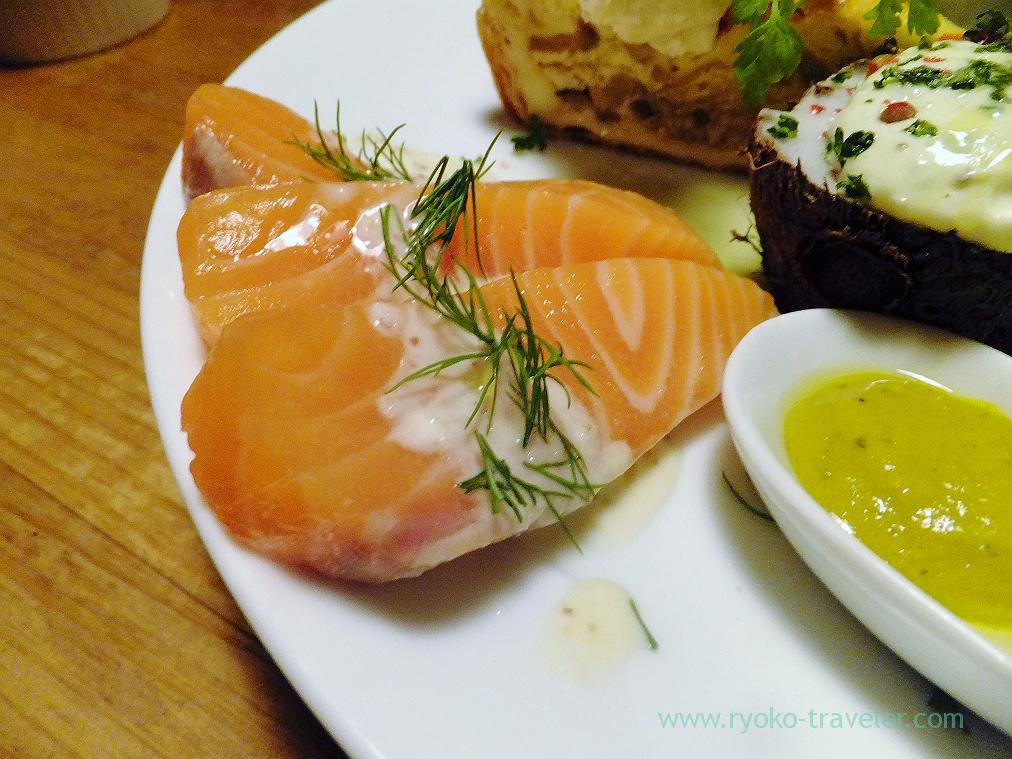 That day’s quiche was with mushrooms and salmon ! Creme cheese on it was good. Potato salads was at the back. I think it is 6th antipasto.
Right is taro with aioli. 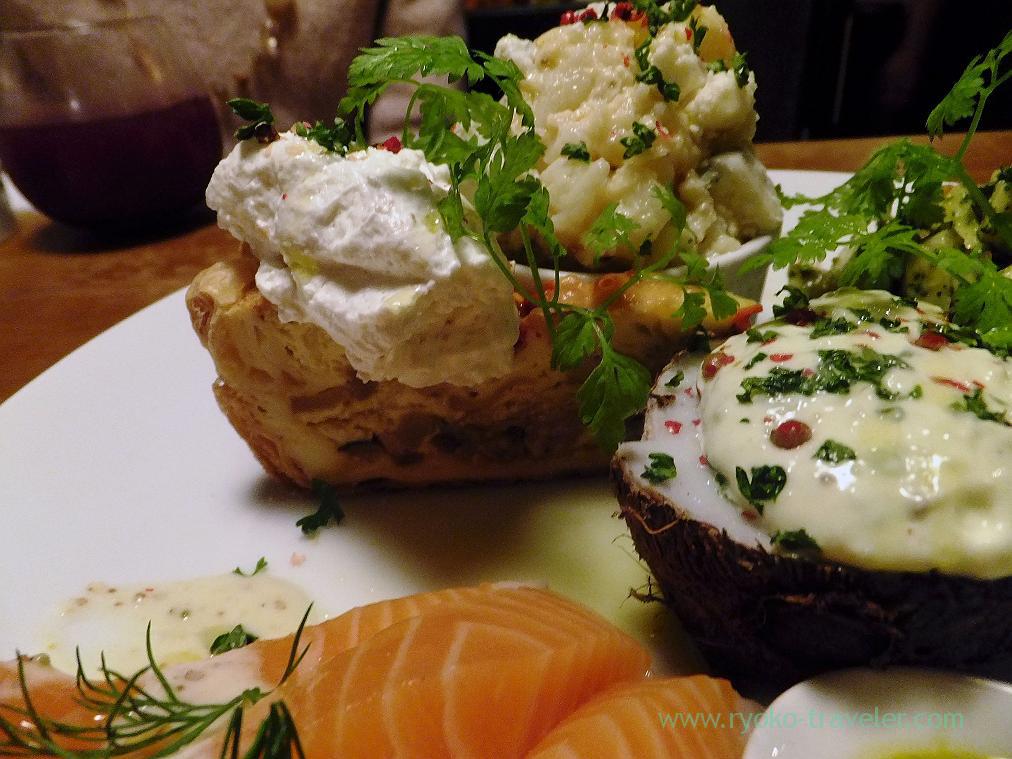 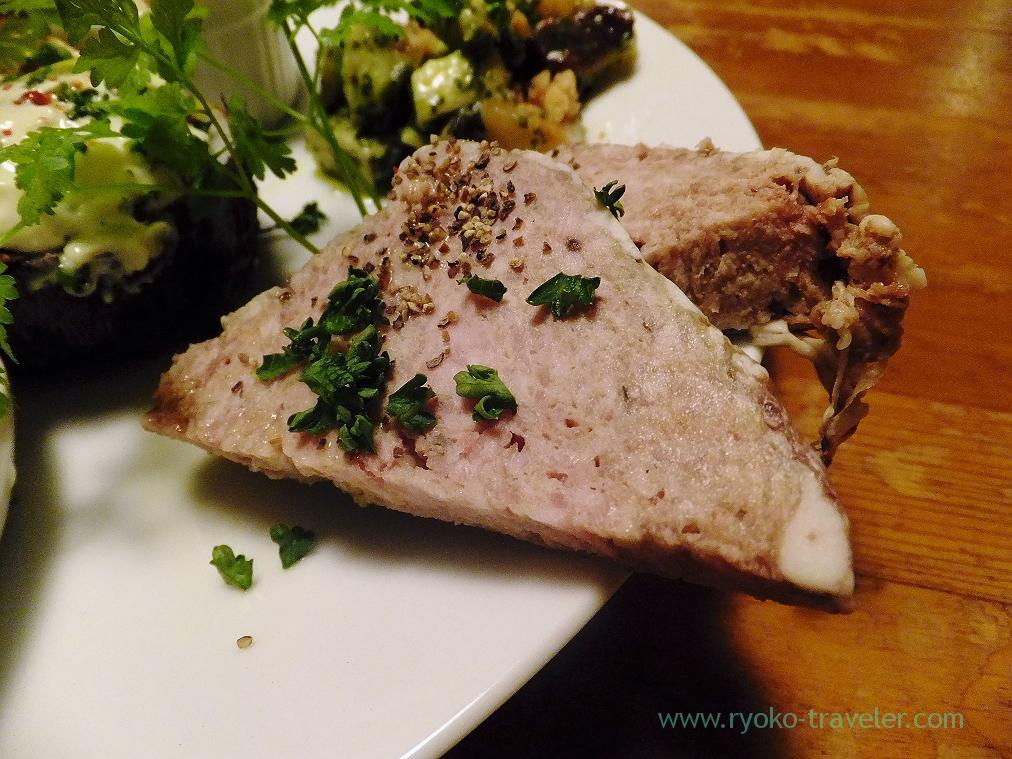 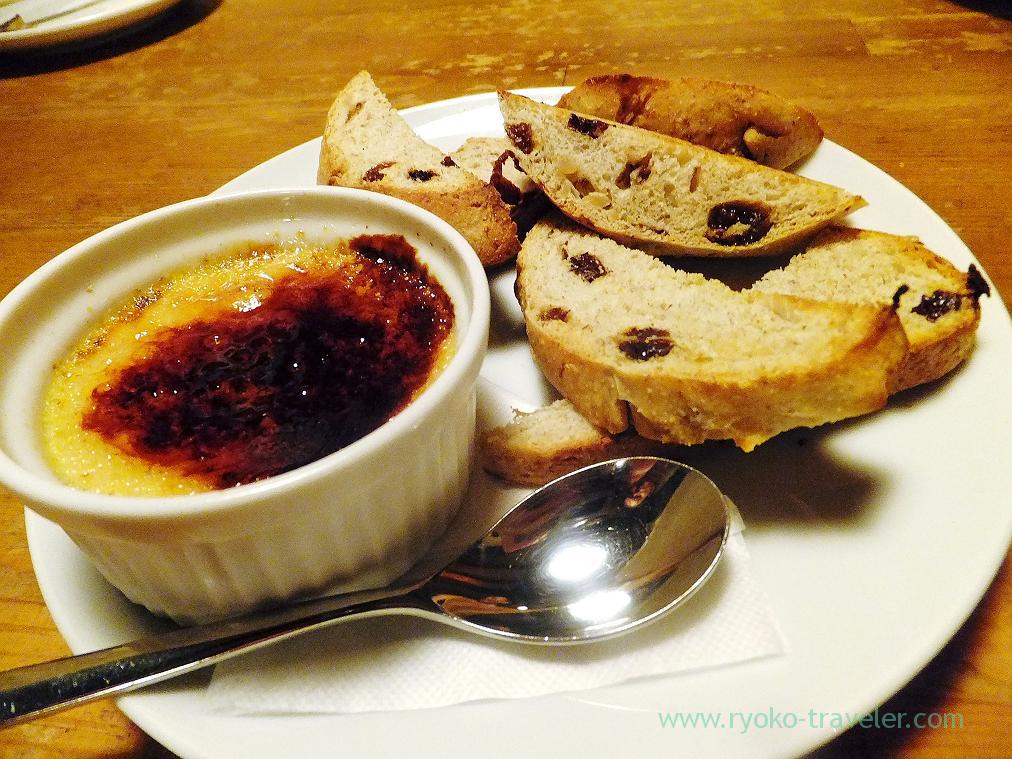 As its name, it tasted like sweets ! The bread had much grape. 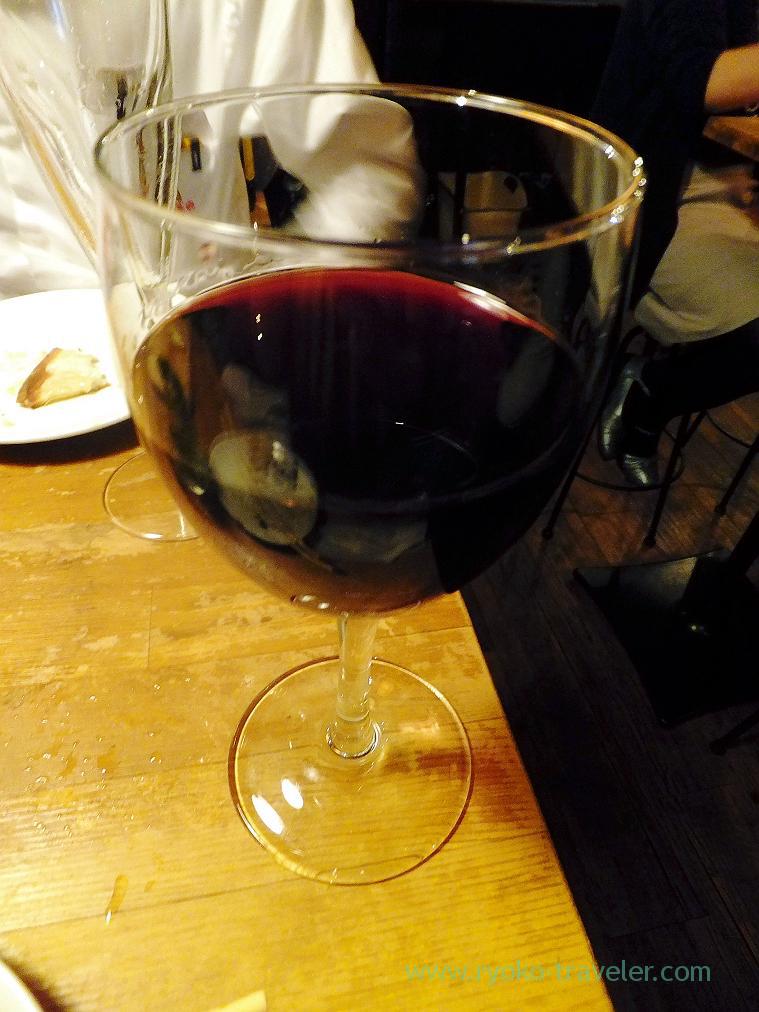 Wine from Chile is my favorite now. 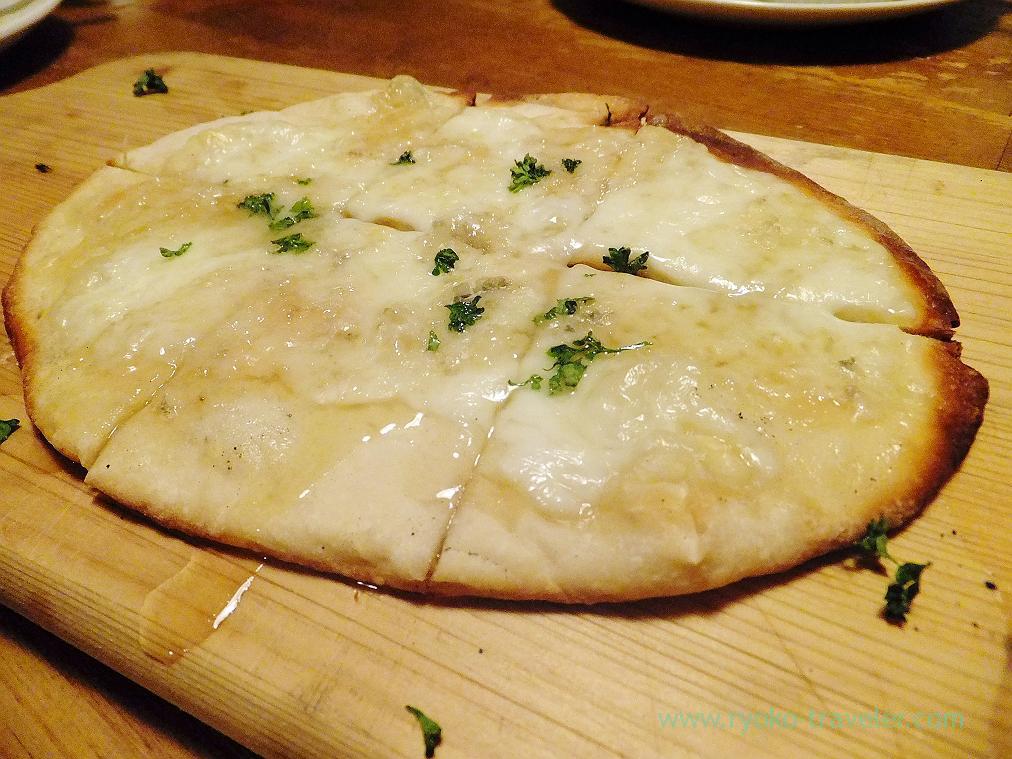 Plenty of honeys made it very weet 🙂 I heard it is similar to pizza. But I felt it was quite differ from pizza. 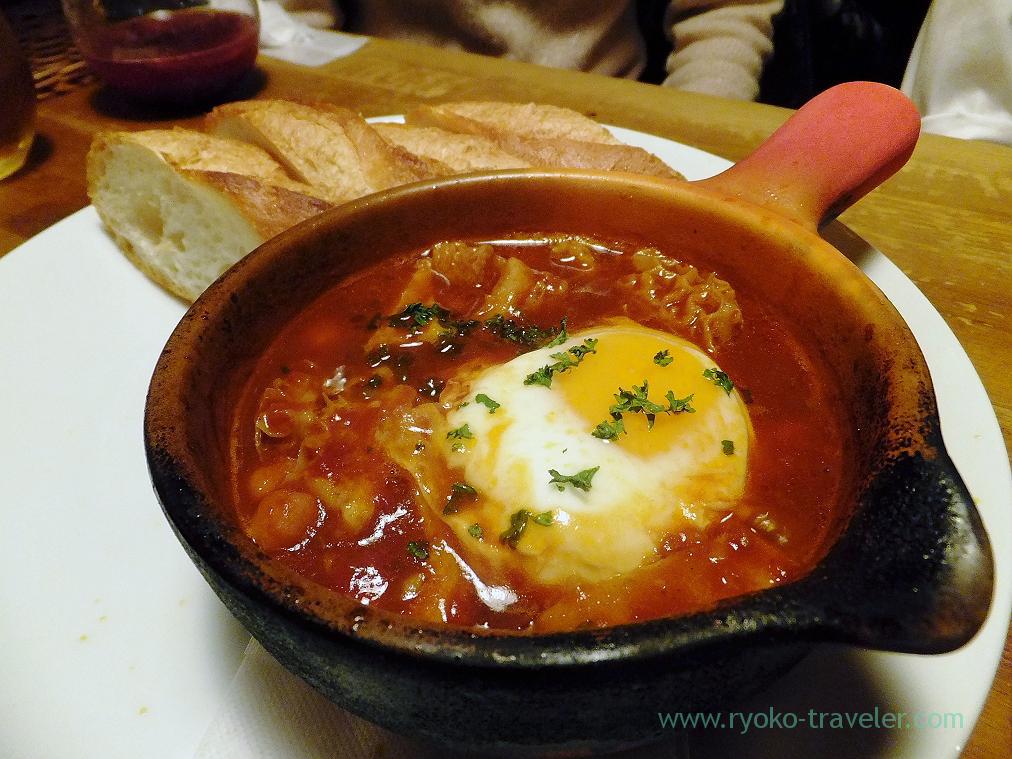 The beef reticulum was simmered in the pot until it becomes soft . 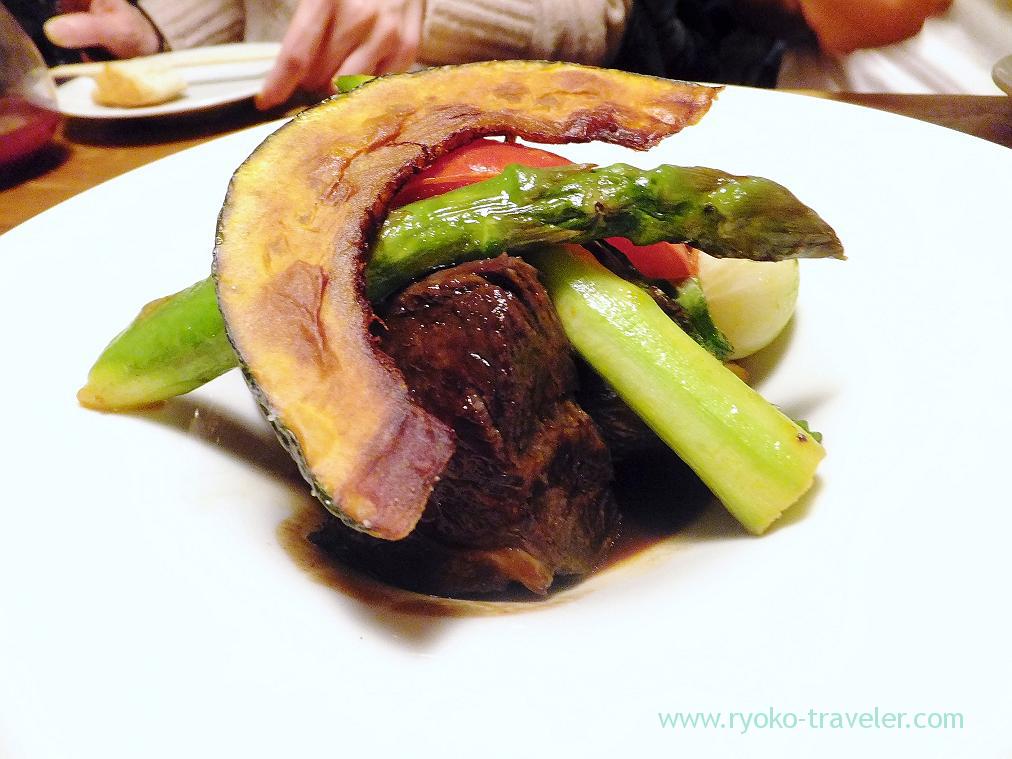 Soooo soft !!! I could cut it by chopsticks easily 😀 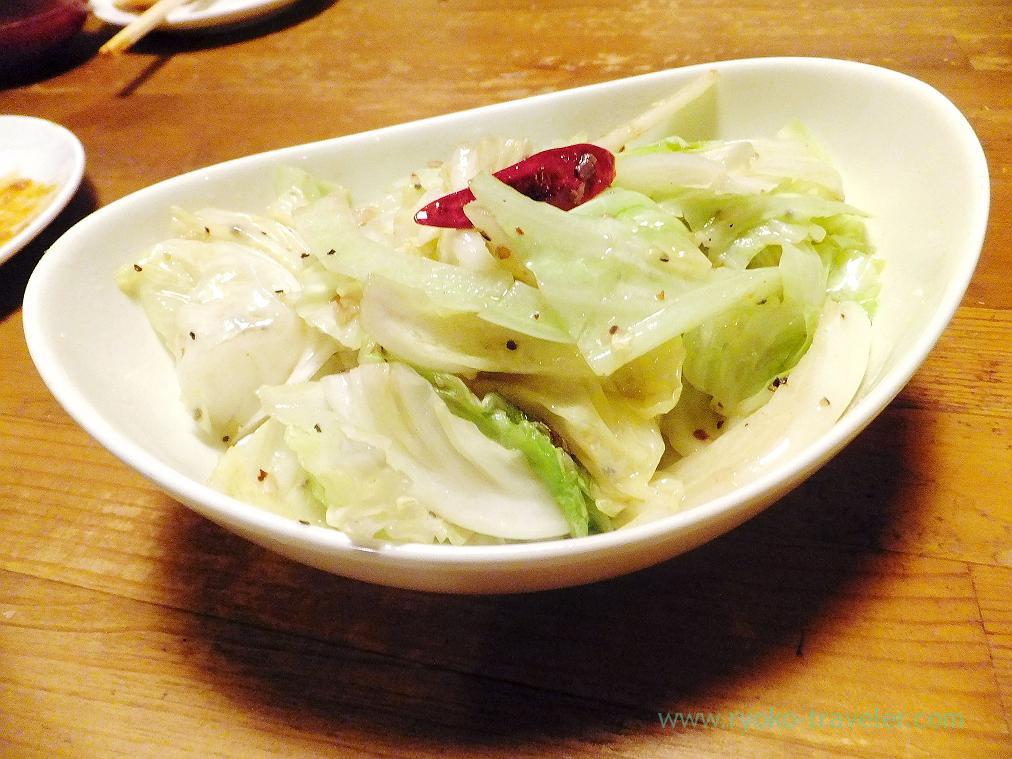 It was plain looking, but I liked it very much. Those cabbage was dressed with anchovy and garlic sauce well. 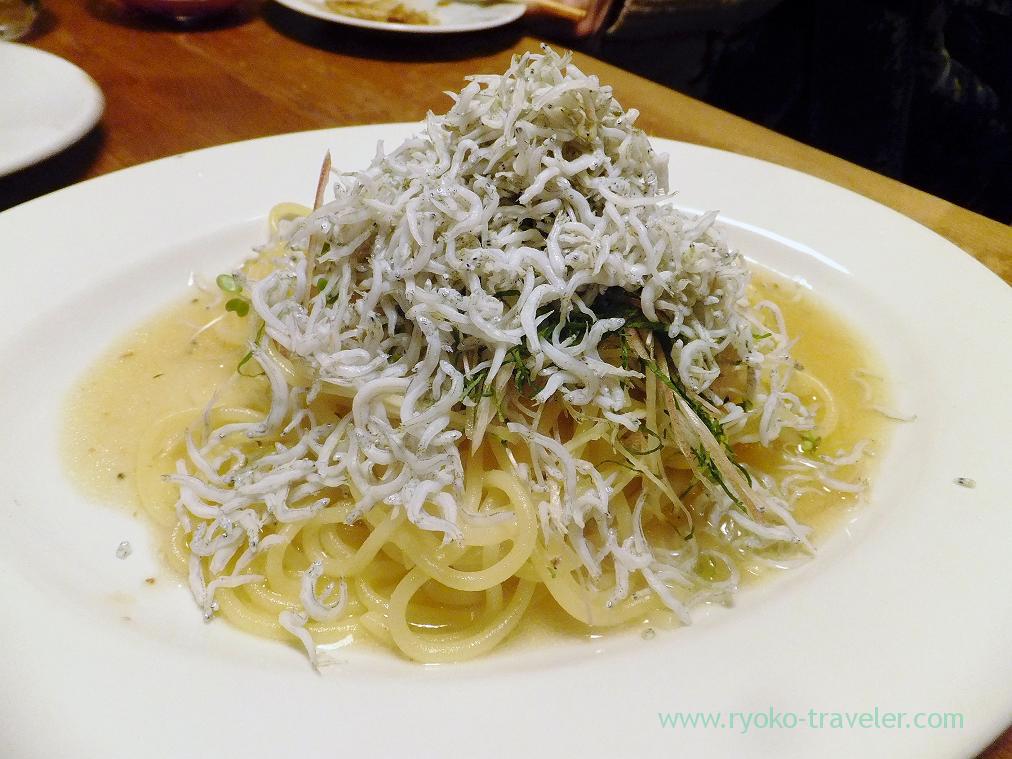 It's late a bit. Still beautiful. I went to Narashino Bairinen near my house this year, too. It took about 15 minut...

I visited Akasaka Ajiichi (赤坂味一) after long absence. They are long-established ramen shop in Funabashi and so popular. ...

Funabashi : Teatime in the air (コピエ)

Comfortably warm weekend. Now we have still warm climate in the daytime. So we can still have tea in the air :) ...

I found there's a nice cafe close to Eisyo ramen. My friend took me there :) The cafe's name is BROWN SOUND COFFEE. It...
Mentaiko bowl (Kachidoki)
Yotsuya-Sanchome : Noodles dressed with oyster sauce at Kahin