We enjoyed a lot at Uchida

And then, we took a rest at Wagashi cafe that is named “ Funawa
It is famous as tasty imoyokan. Imoyokan is sweet-potate paste. 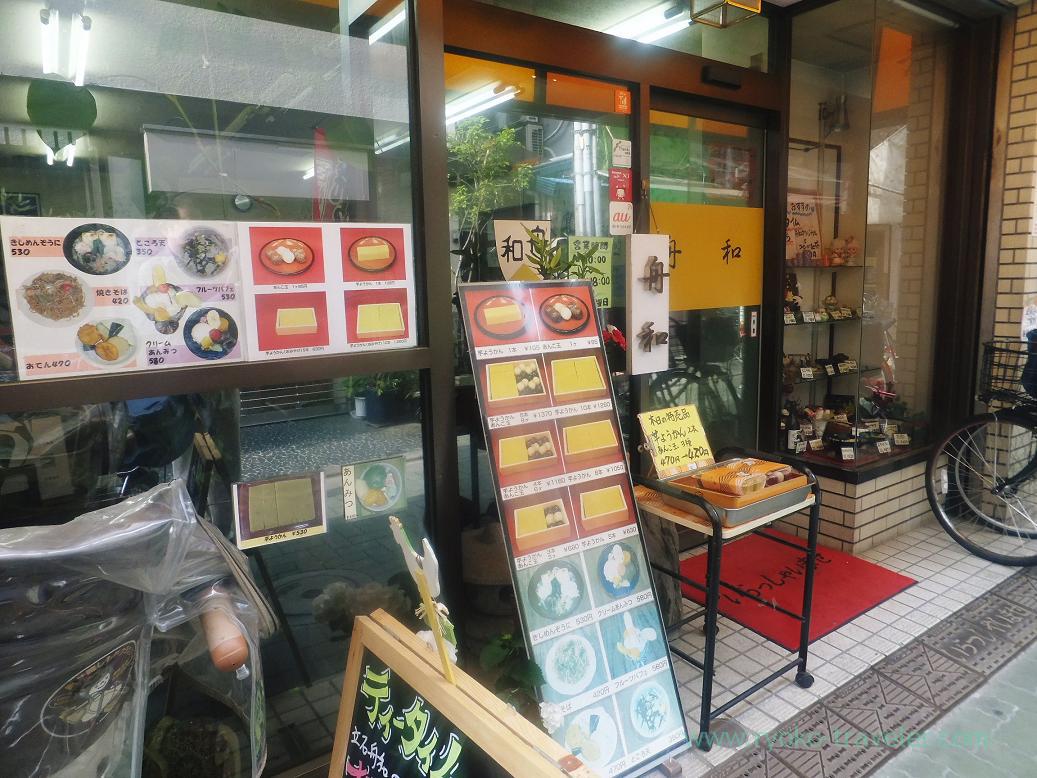 It is a branch of Funawa, Asakusa.

As I wrote, it is wagashi cafe… but the cafe serve anything else.
Curry and rice, oden, zoni, spaghetti and … beer.

My friend ordered beer there, too! And the bottle was bigger ! Nevertheless he drunk much at Uchida ! Wow! 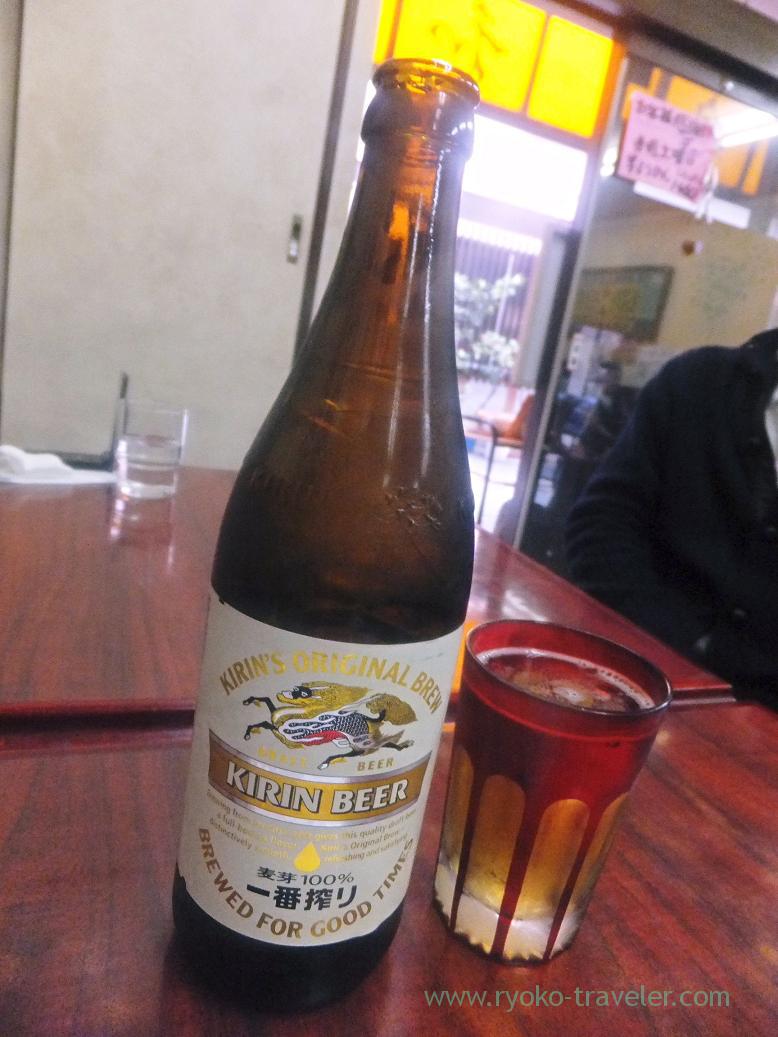 Of course I ordered a imoyokan (105 yen). It served warm. 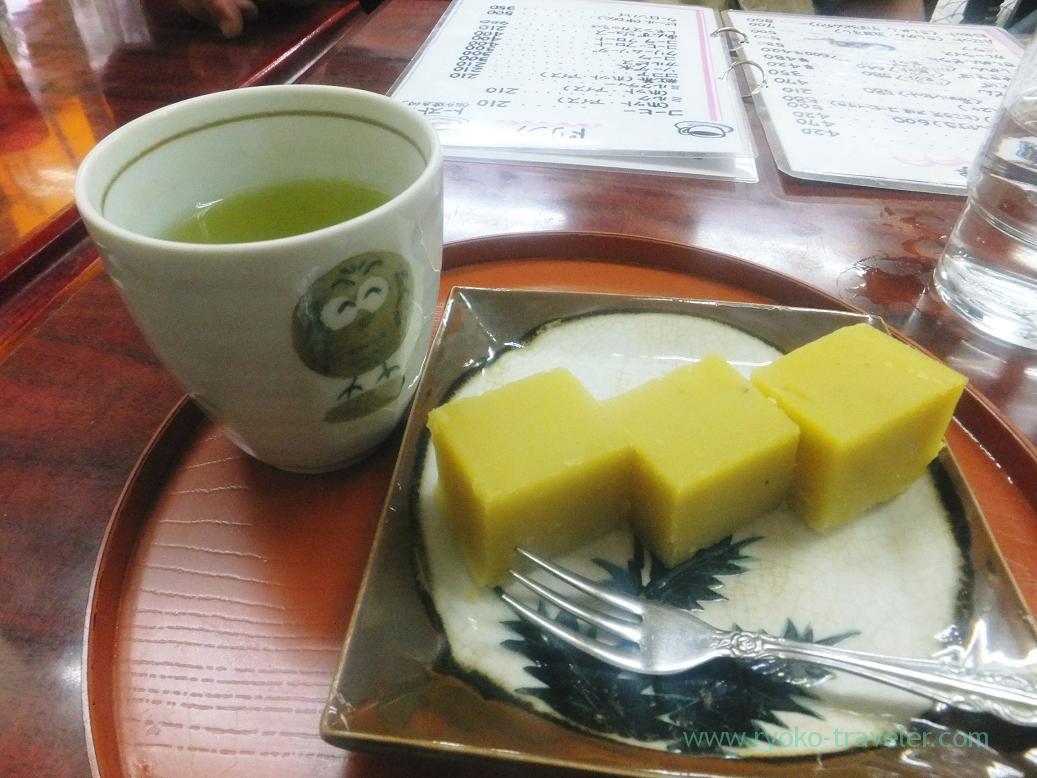 After taking a rest (Uh..there was someone who didn’t take a rest…:P)
We went to Ransyu that is Chinese ramen shop. The shop is popular as boiled dumplings.

I had been wanting to eat the shop’s boiled dumplings …I was excited ! 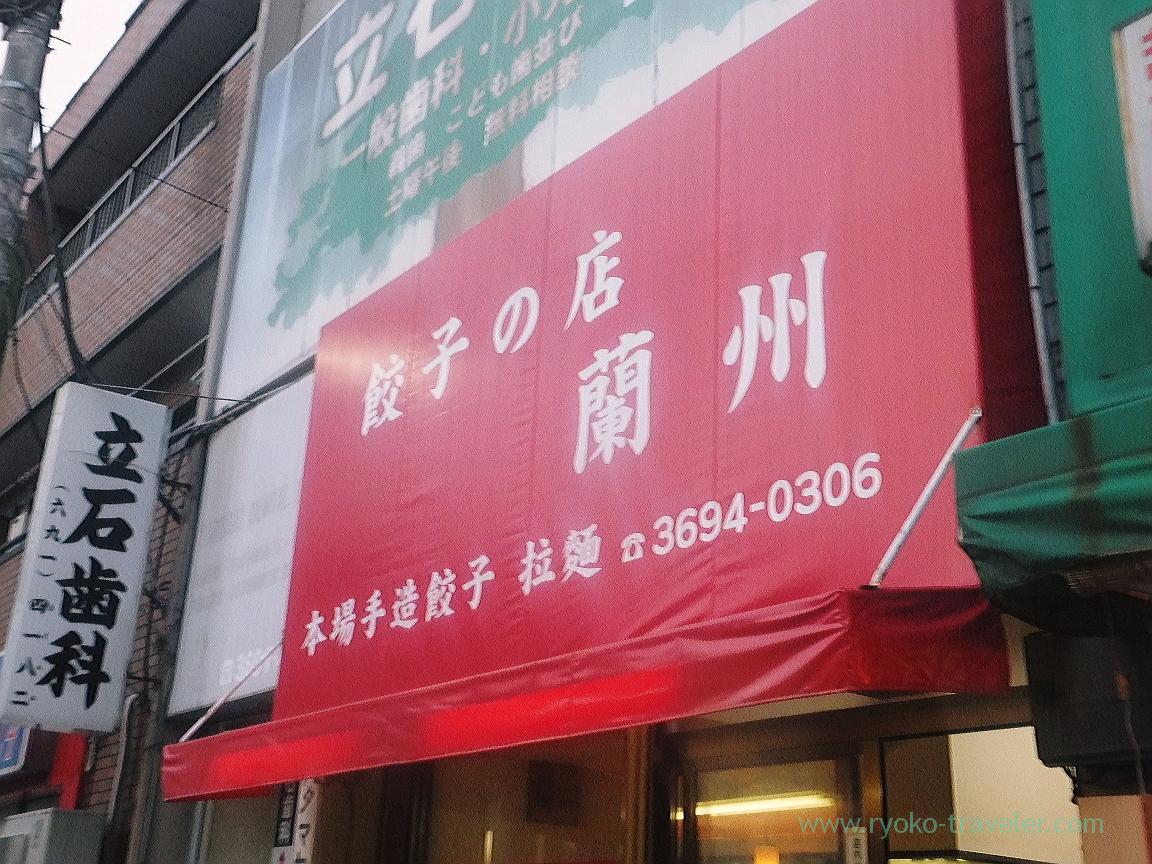 Menus on the wall. That’s all. 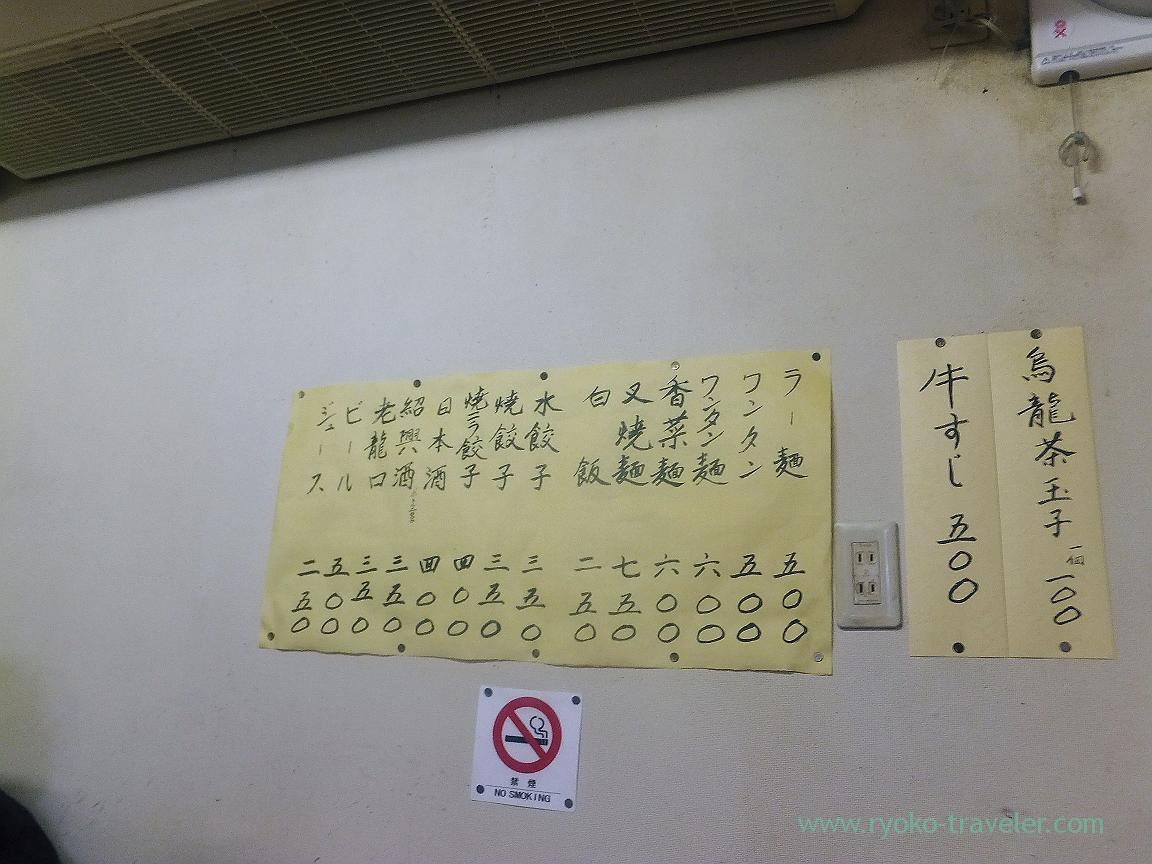 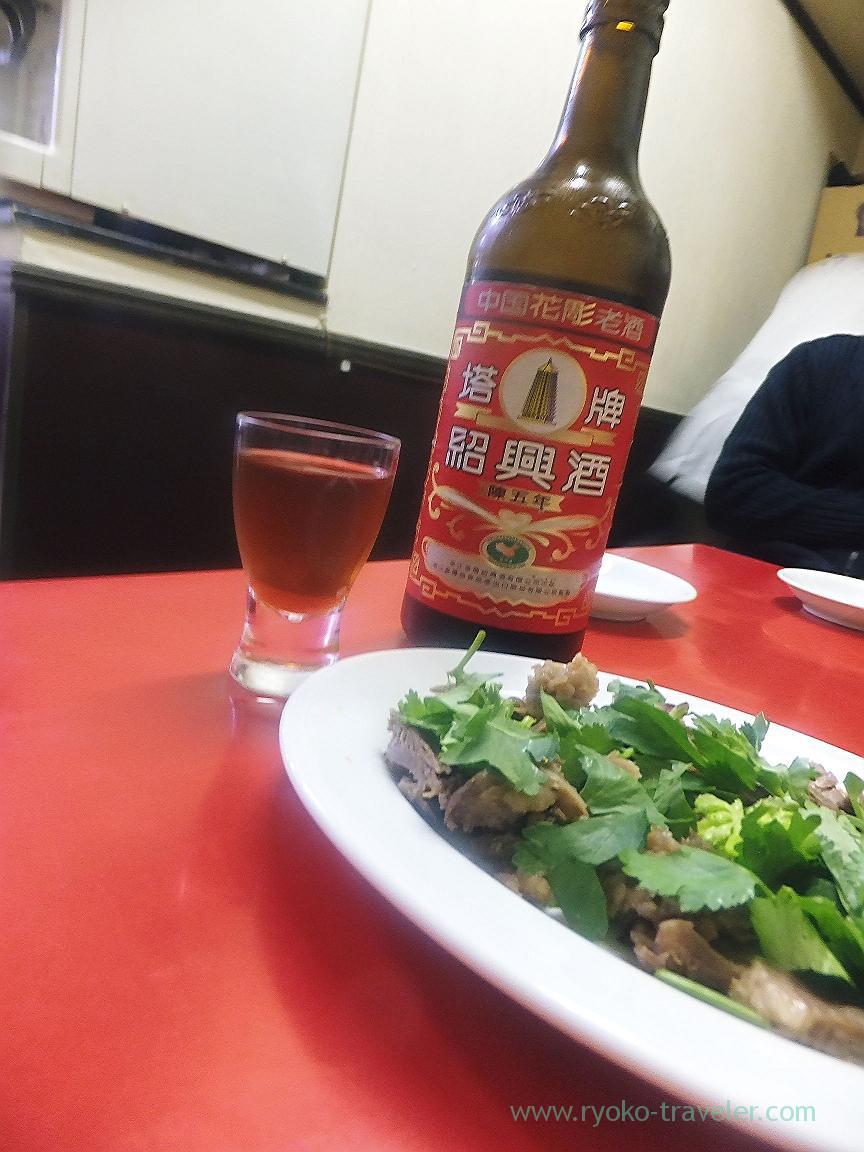 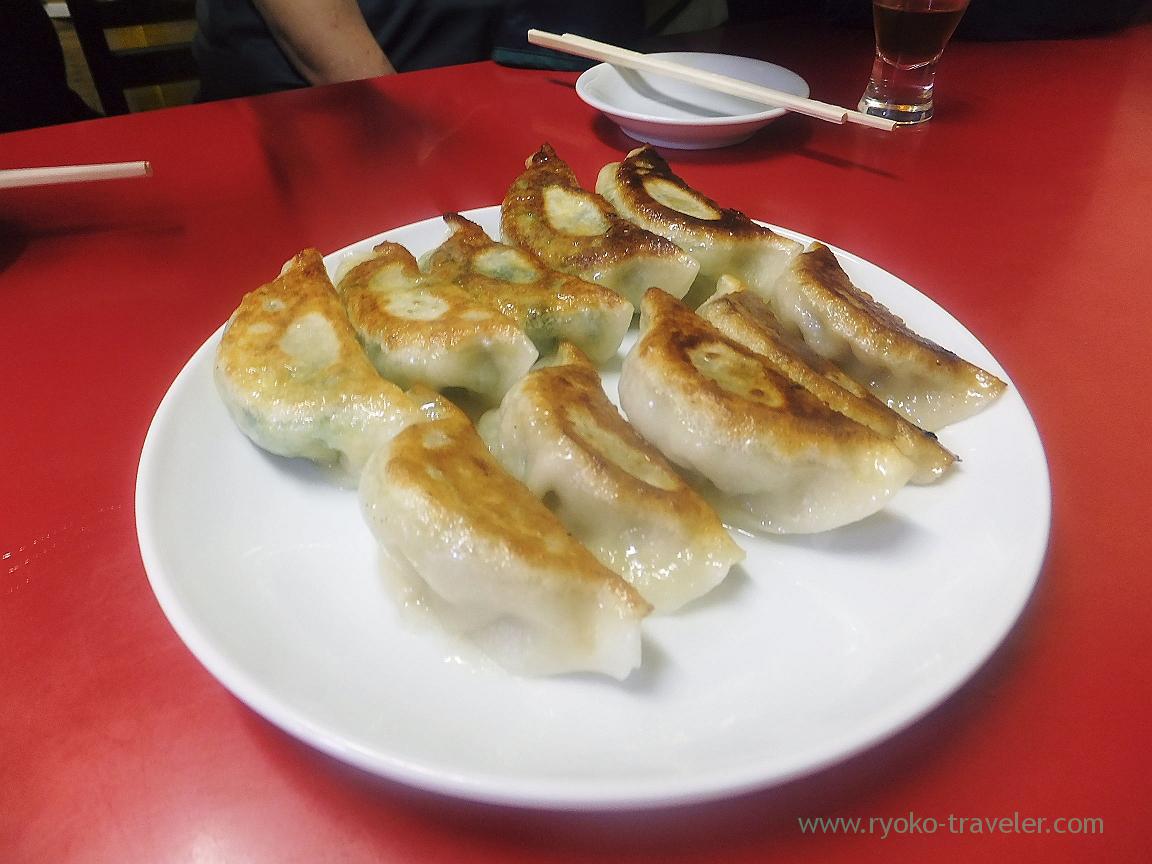 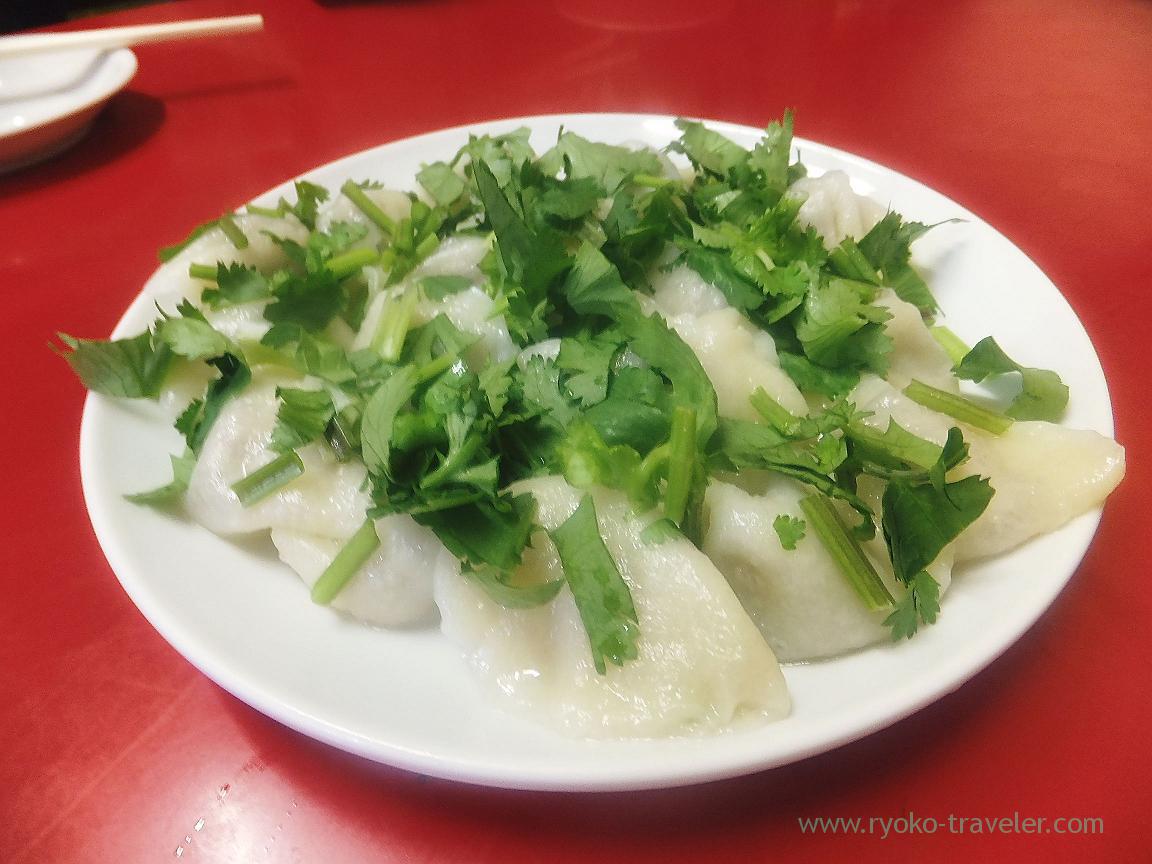 Its skin was springy. It was so tasty as I had expected ! It was awesome !
By the way, I didn’t know those coriander was extra at first. My friend ordered the extra coriander only for good picture :O 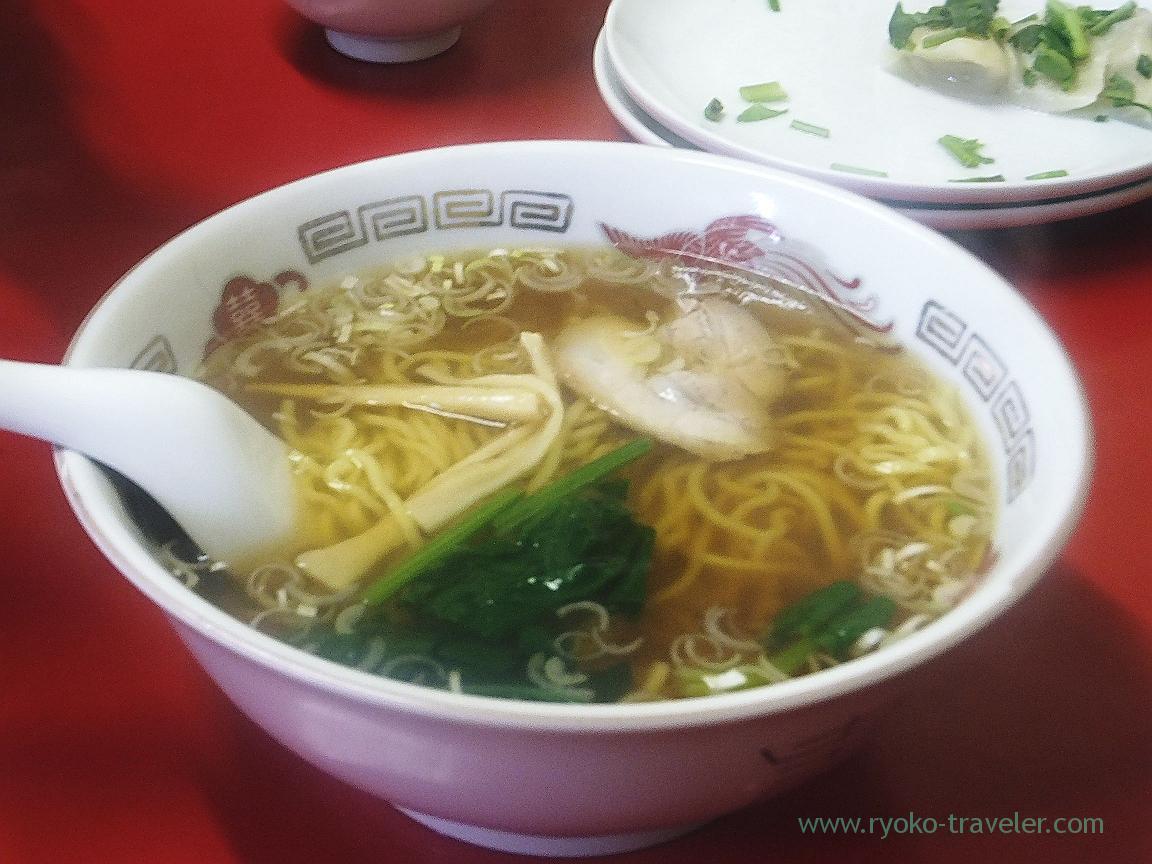 I do want to eat boiled dumplings again soon !

After that, we spent time at karaoke shop until next shop open.