After enjoying cold lemon ramen, we went back to our hometown, Chiba.
http://www.ryoko-traveler.com/rinsuzu-shokudou2/
But we didn’t get off at our station.
He said he want to eat sardine at Funakko !

So, we went to Funakko nevertheless we visited there quite recently !
http://www.ryoko-traveler.com/funakko2/

We were already nearly full, so we ate some sardine foods only 🙂

It was around 8 p.m., there were many vacant seats though it is very popular izakaya.
I know it is nearly packed just after the opening time. Perhaps this is good time to visit Funakko because around Higashi-Funabashi station is nothing except Funakko 😛 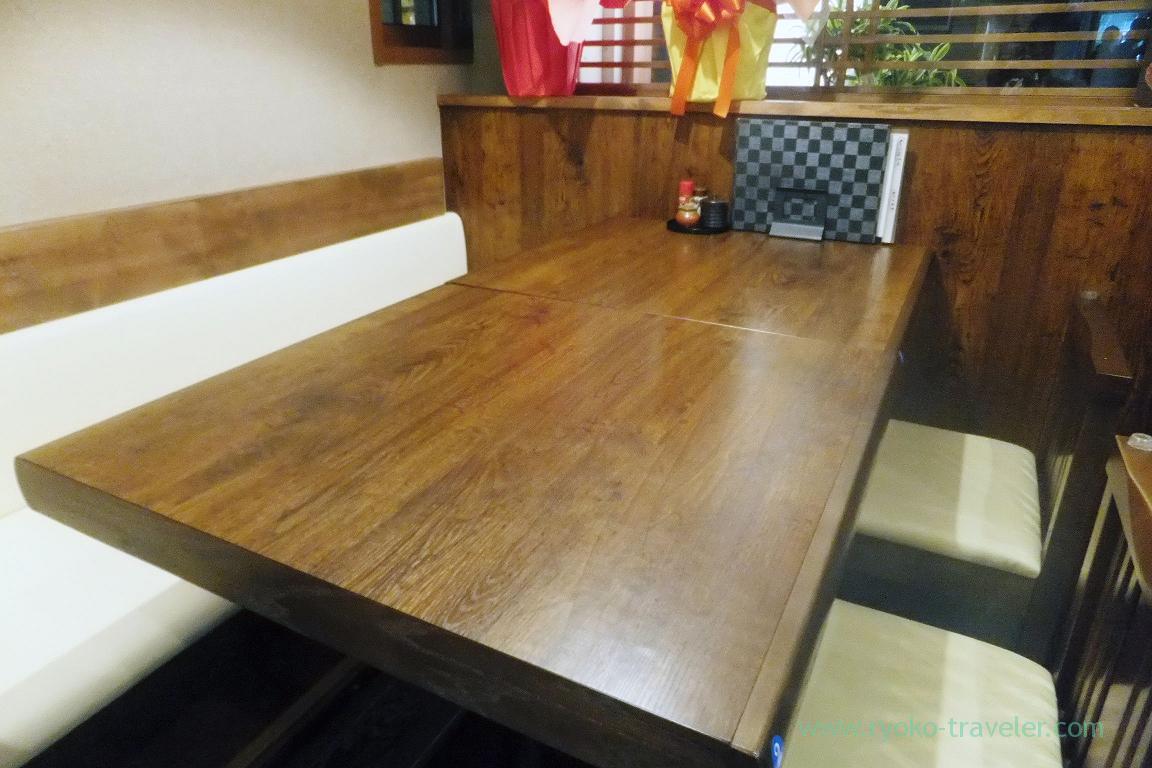 Otoshi and my plum liquor with hot water(梅酒お湯割り).
I felt chill just a little in the train, so I ordered my drink hot, but she asked me again. Maybe she never thought there was someone who order something hot drink just after entering the shop such a muggy night 😛
Otoshi was boiled vegetables and had a big asari clam ! 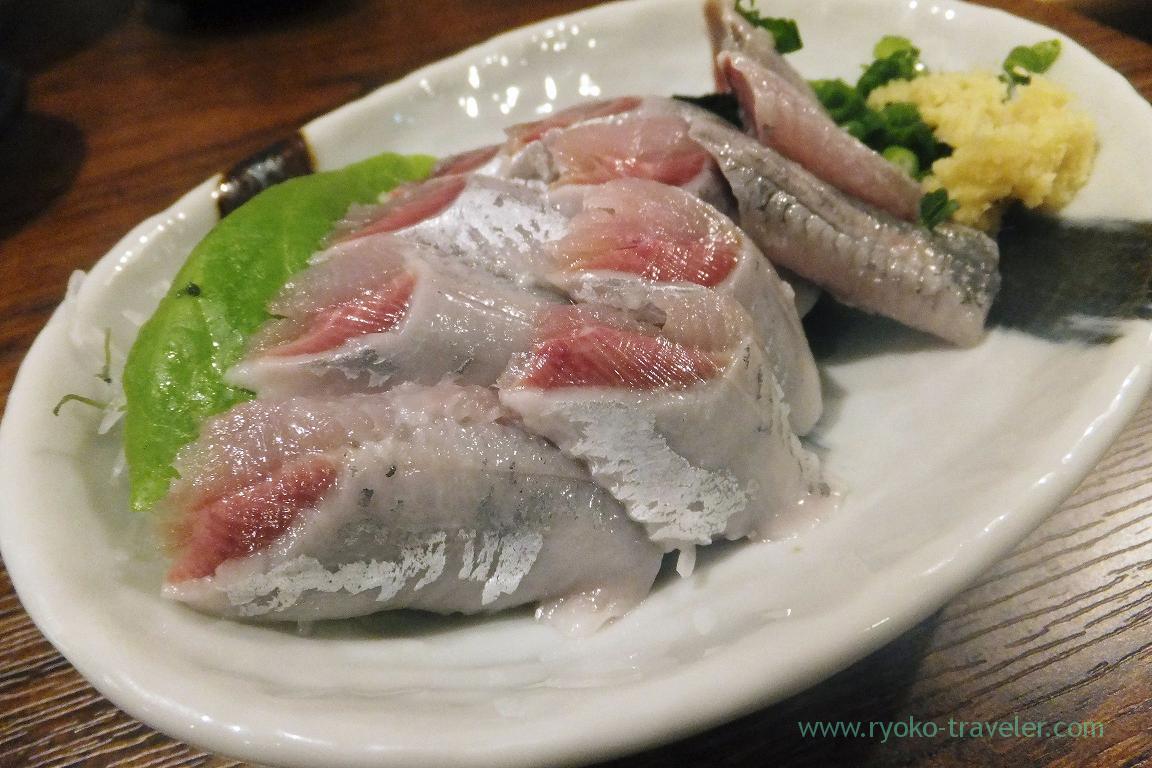 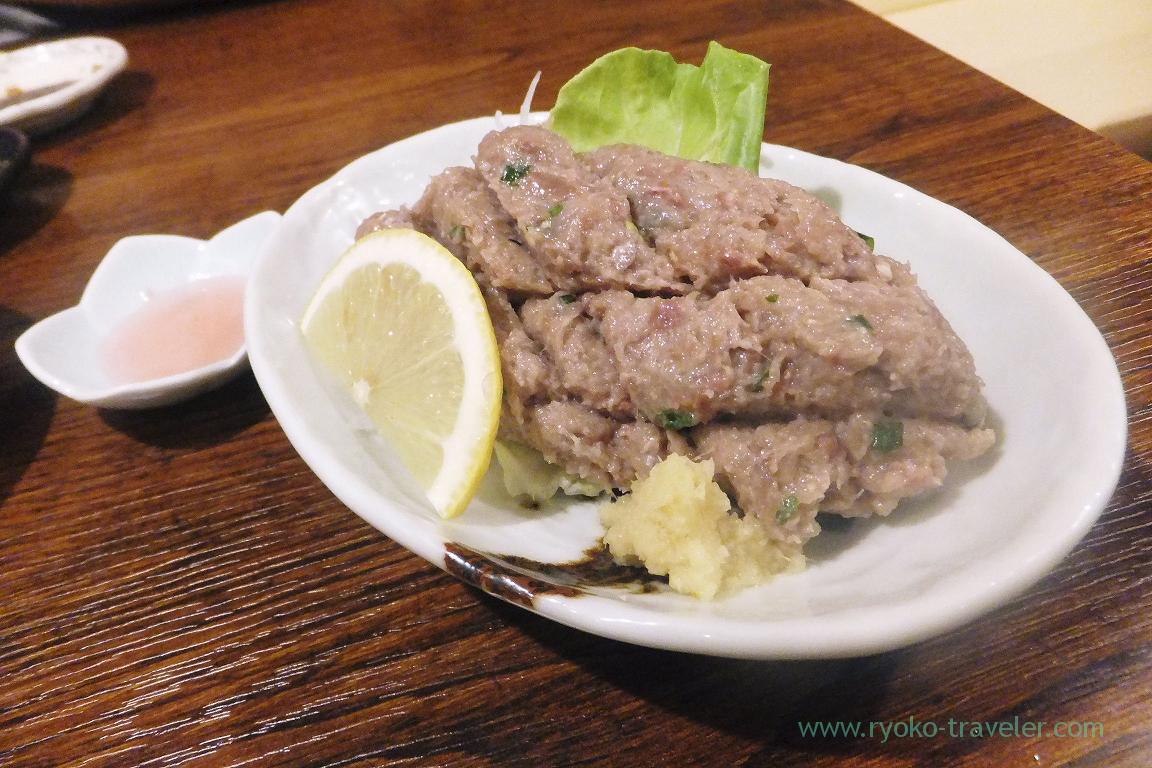 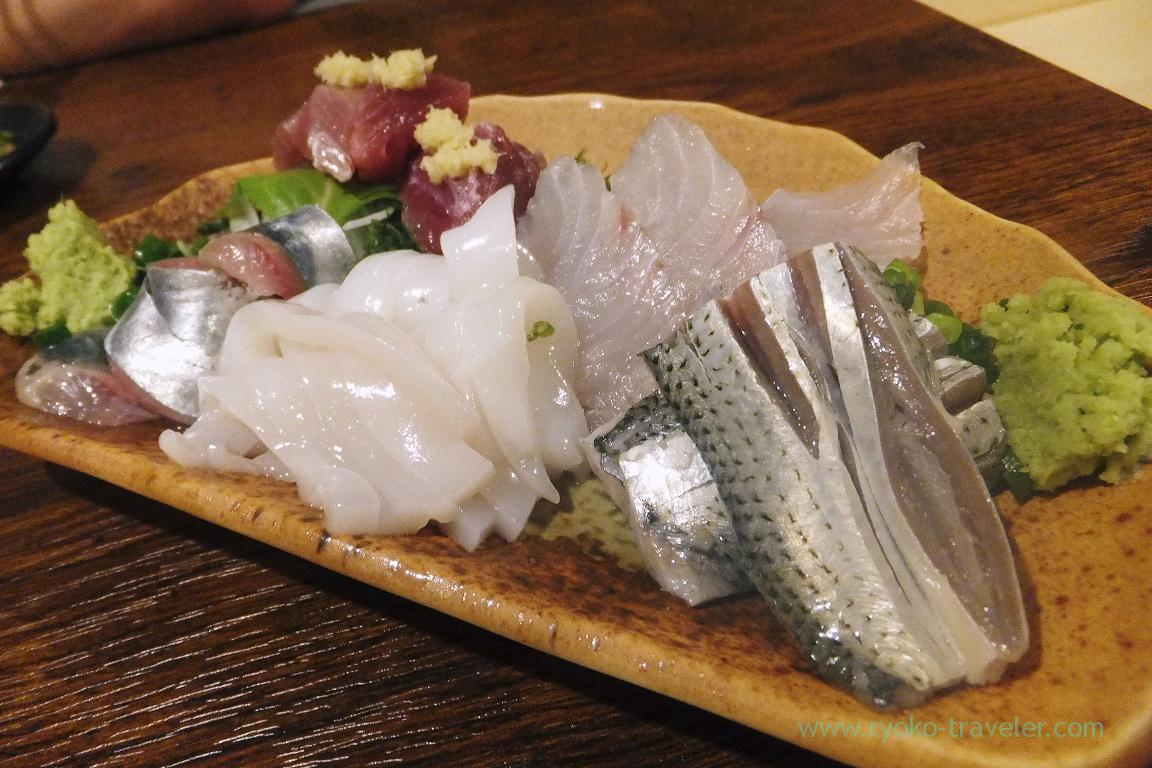 Young punctatus, bonito, greater amberjack and saury ! Saury ! Now is yet muggy summer, but Autumn fishes already come ! Yes ! Autumn is coming !
Everything was tasty though their specialty is sardine.

A look of their fishing around Funabashi harbor long long time ago. Their predecessors were fisher many decades ago.
They are professionals of judging good fishes ! So, they can serve good seafood like this ! 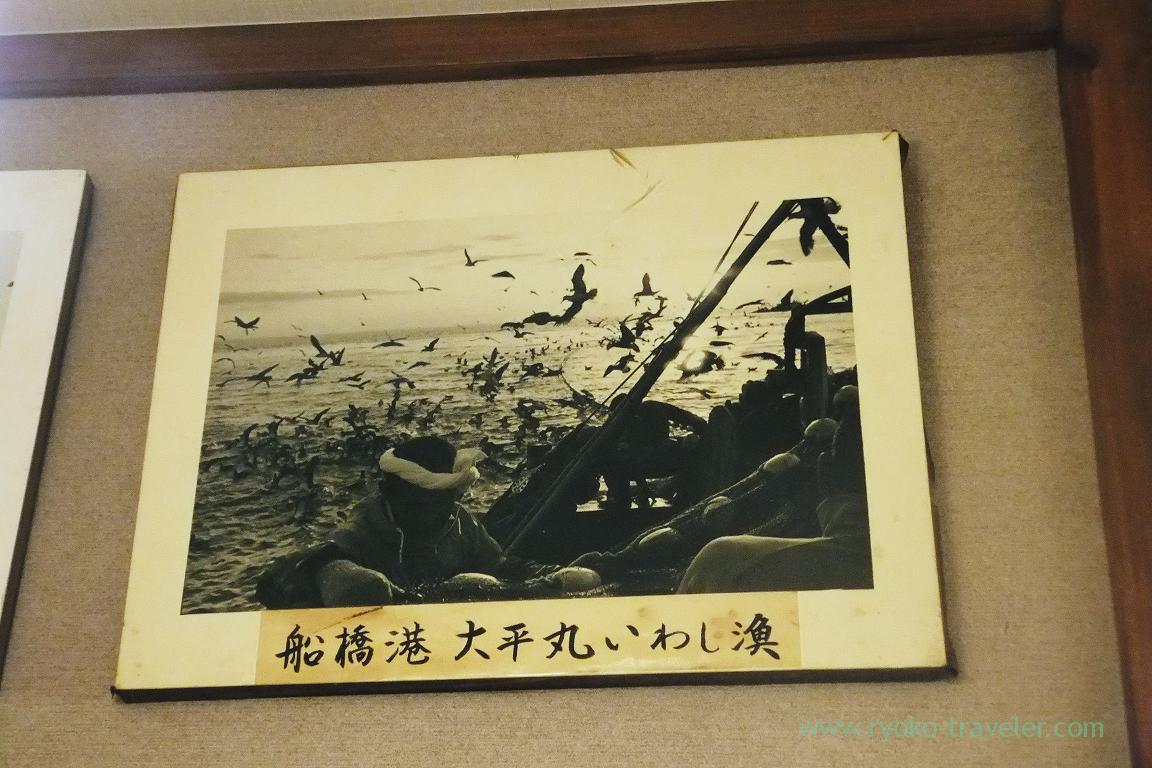 I was already nearly full before visiting Funakko, but I could eat it up. Somehow fresh sardines came into my mouth so smoothly :P.

Eating hamburger in Hawaii ! I could take a day off, so I went to Aloha Diner Duke's have lunch at weekdays lunchtim...

Now Komeda's Coffee (コメダ珈琲店) is expanding. They are cafe chain store mainly in Nagoya. And finally their new branch was...
Rinsuzu Shokudo (りんすず食堂) in Ojima
Yotsuya-Sanchome : Peach and Plum parfait at Fukunaga