All sort of pike conger foods !

My acquaintance who is regular customer of Fujimura invited me to pike conger (HAMO in Japanese) party at Fujimura. He said he ordered special pike conger course.

I hadn’t known the existence of pike conger until I learned to go to Tsukiji.
I heard that at Kansai region, even valuable supermarkets sells sea eel, but there are scarsly any supermarkets and restaurants that serve pike congerin our Kanto region, especially my hometown.

I ate pike conger at Yachiyo of Tsukiji Market for the first time.
This was the first time to eat see eel that day.
http://www.ryoko-traveler.com/yachiyo5/

Ah,now I feel like eating pike conger at Yachiyo again !!!
Well, today’s post is about Pike conger party at Fujimura.

I was very exciting with thinking about much pike conger !!!

Also I had good impression about pike conger that I had eaten at Ginza Shimada the other day.

Anyway, i had much time until the promised time, so I killed time by myself at Tsukiji 82 Ale House that is British-style bar.
That’s Mango beer (マンゴビア). 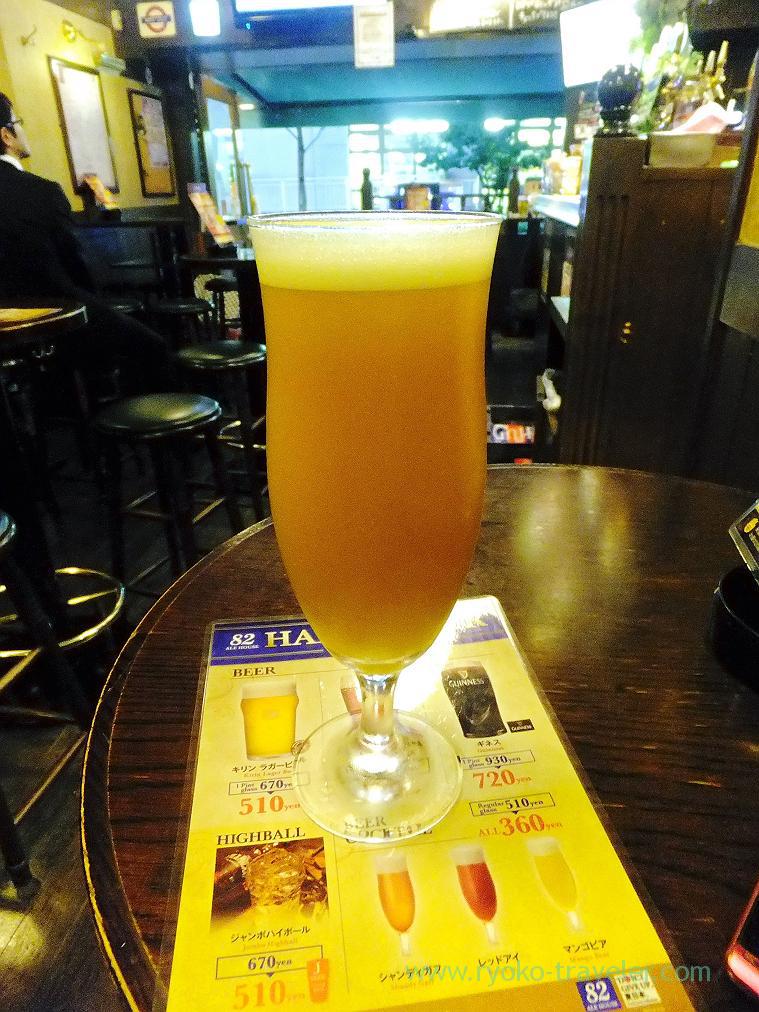 It wasn’t mixed well, so upper was mango flavored beer, and the bottom was completely mango juice 😛
But it’s ok. I could drink it about only 360 yen because it was happy hour until 7 p.m.

After a while, it got good time to move (15 minutes before our promised time).
So I moved to Fujimura. 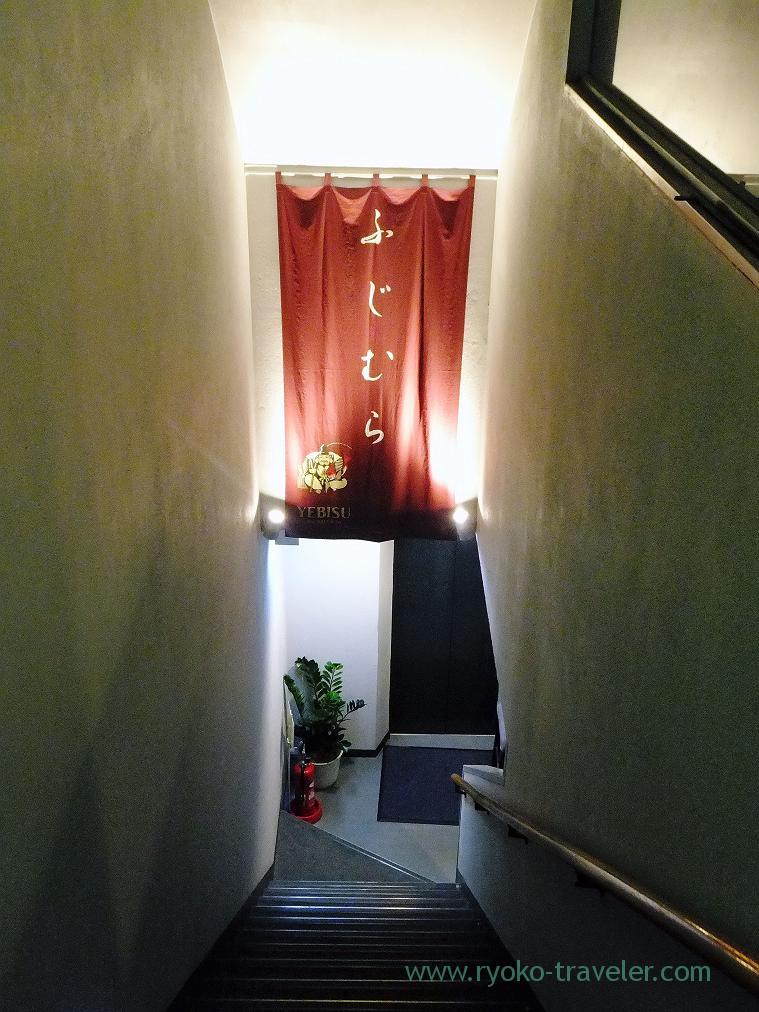 When I entered the restaurant, everyone was embarrassing at me… 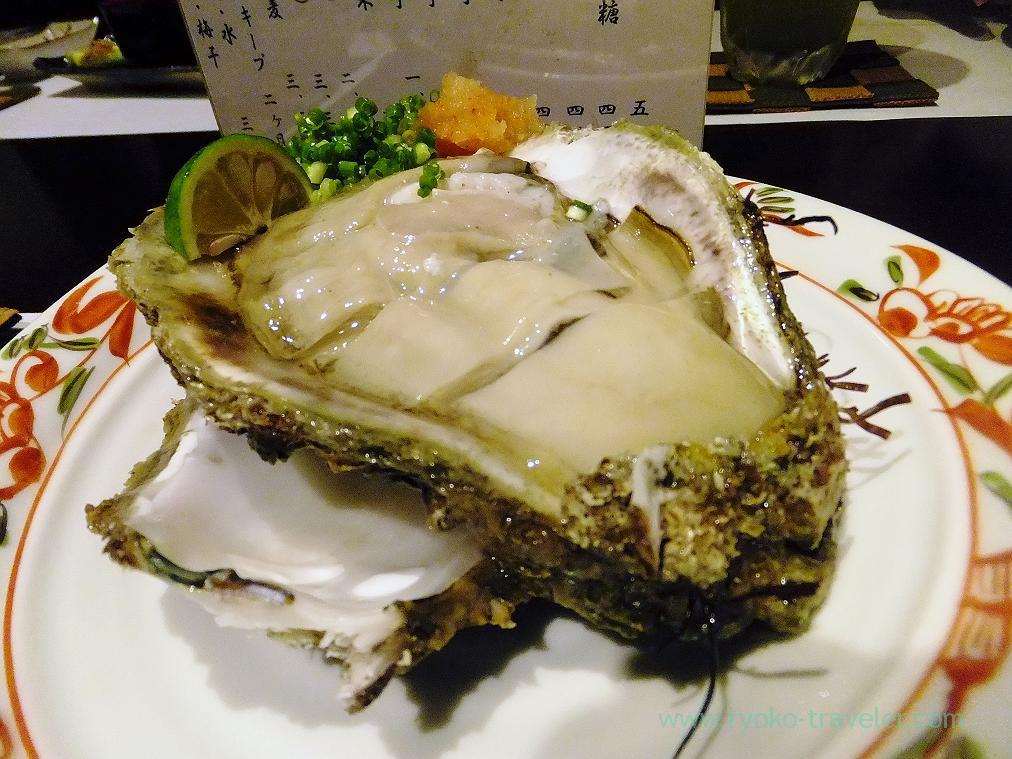 They were trying to eat it in secret before remains coming.

So…. My friend gave half of his oyster 😛

Well, while taking the picture, another 3 people appeared after all and they found that we was eating oysters 😛
Ah,,,, this oyster was sooooooo tasty.

After everyone arrived, our otoshi (お通し) and drinks came. 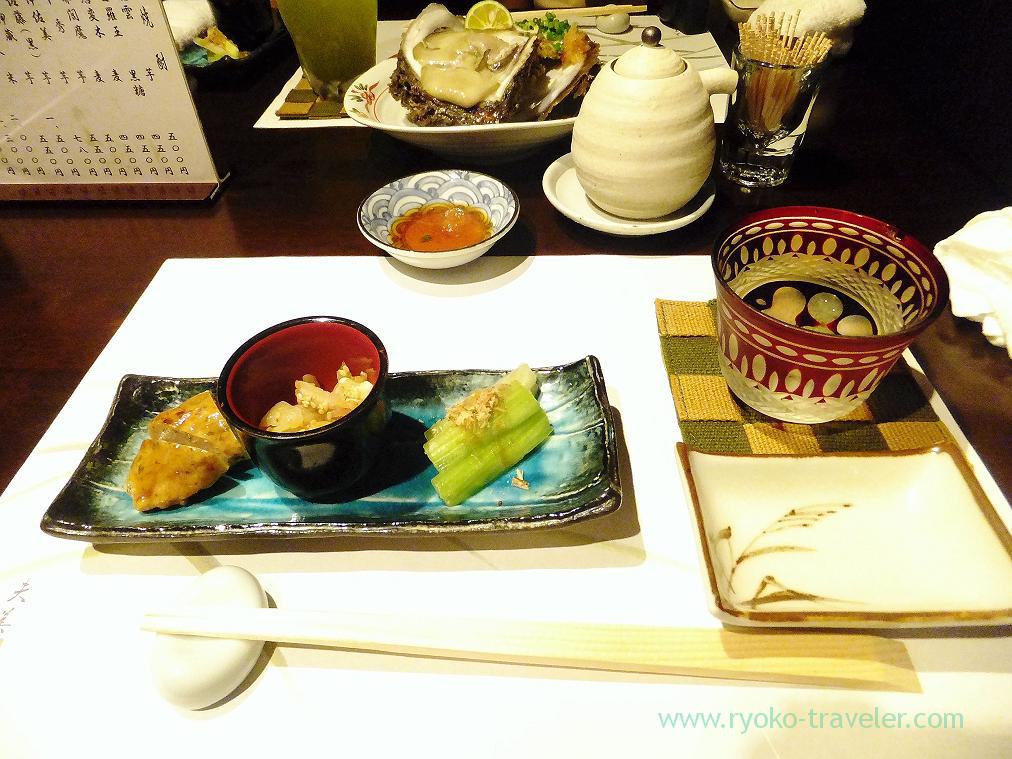 When I’m in such a Japanese foods restaurant, I feel like having Japanese sake 🙂
Hakkaisan (八海山)
Hakkaisan is Japanese sake produced in Niigata and have tremendous popularity.
But this was the first time to drink. Also its glass named “Kiriko” was beautiful.
It have a strong fruity flavor. I recognized why this sake is loved among people. 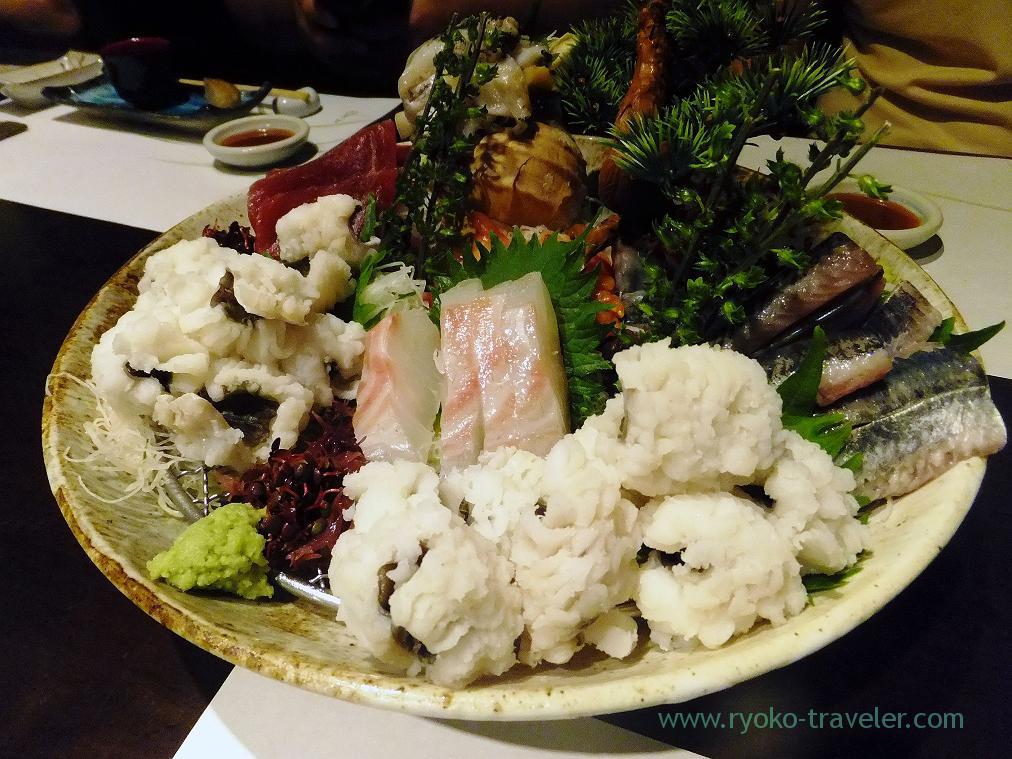 Sea bream, sardines, tuna , ark shell, whelk and Pike conger.
Pike conger is rarely eaten as raw because raw pike conger have poison that is named ichthyotoxin, so those were parboiled.

Next. Ah ? Burning tool came. And also pike conger marinated with Yuan miso (ハモの幽庵焼き) was served on our table. 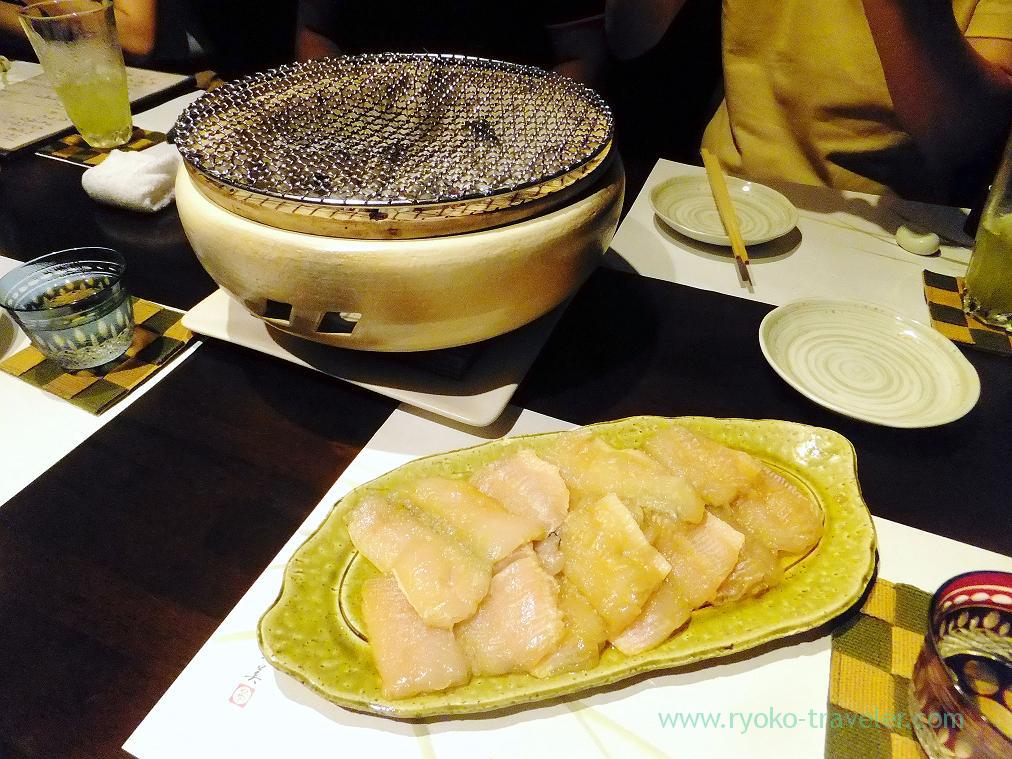 We cooked it on the burning tool by ourselves. 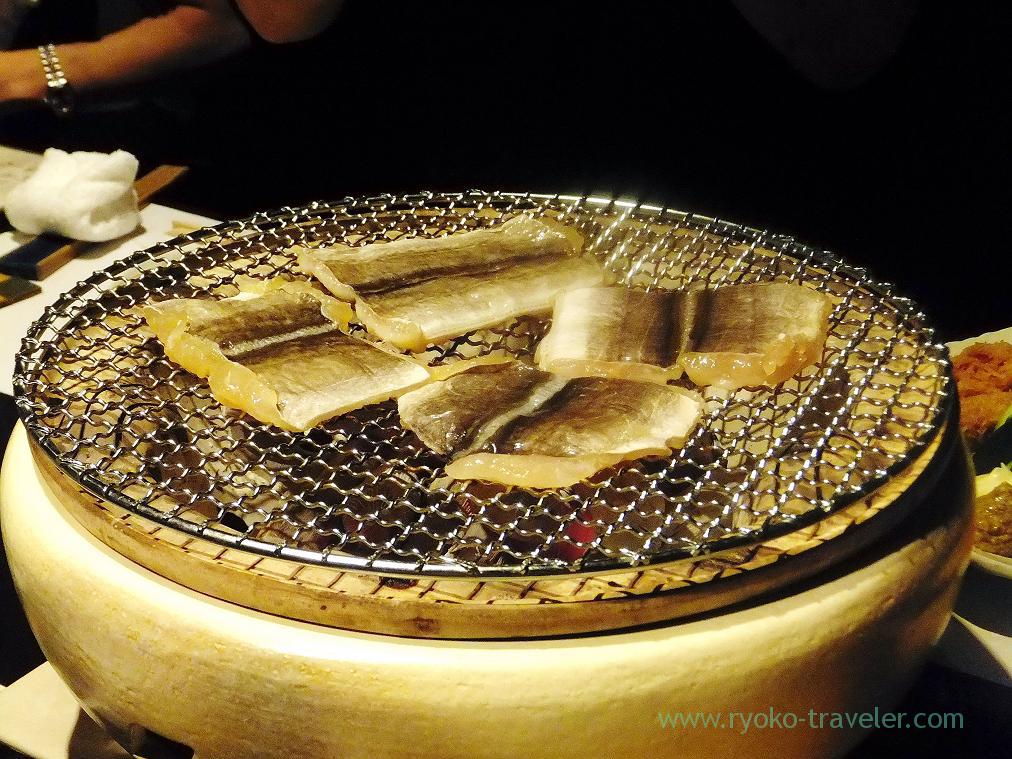 The smells of yuan miso was awesome !!!
Though this strong miso flavor seemed to deprive the pike congerof its flavor. 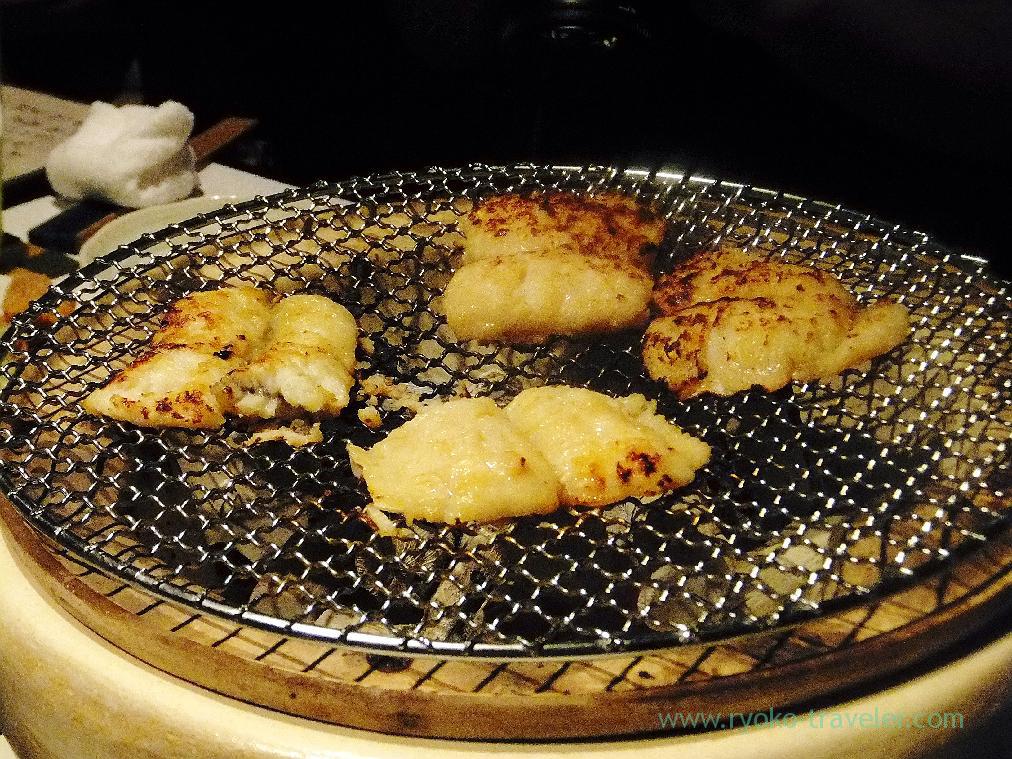 And deep fried sausage (ウインナーフライ). This is not on the menu.
He said he order it everytime. That’s special dish for him. 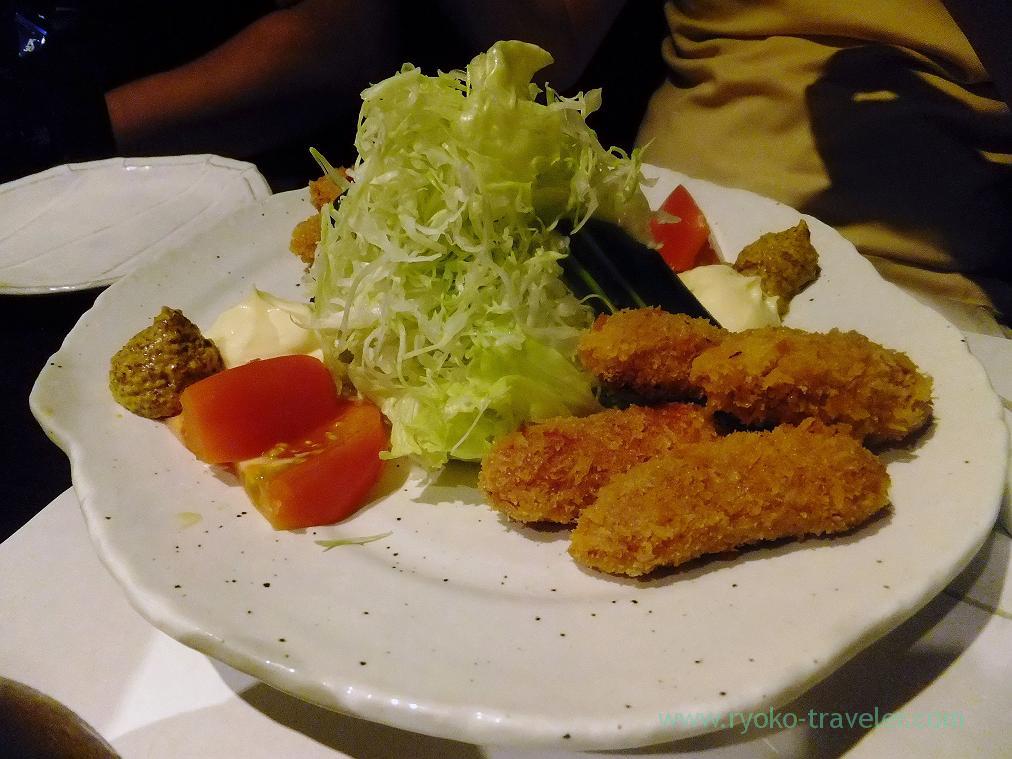 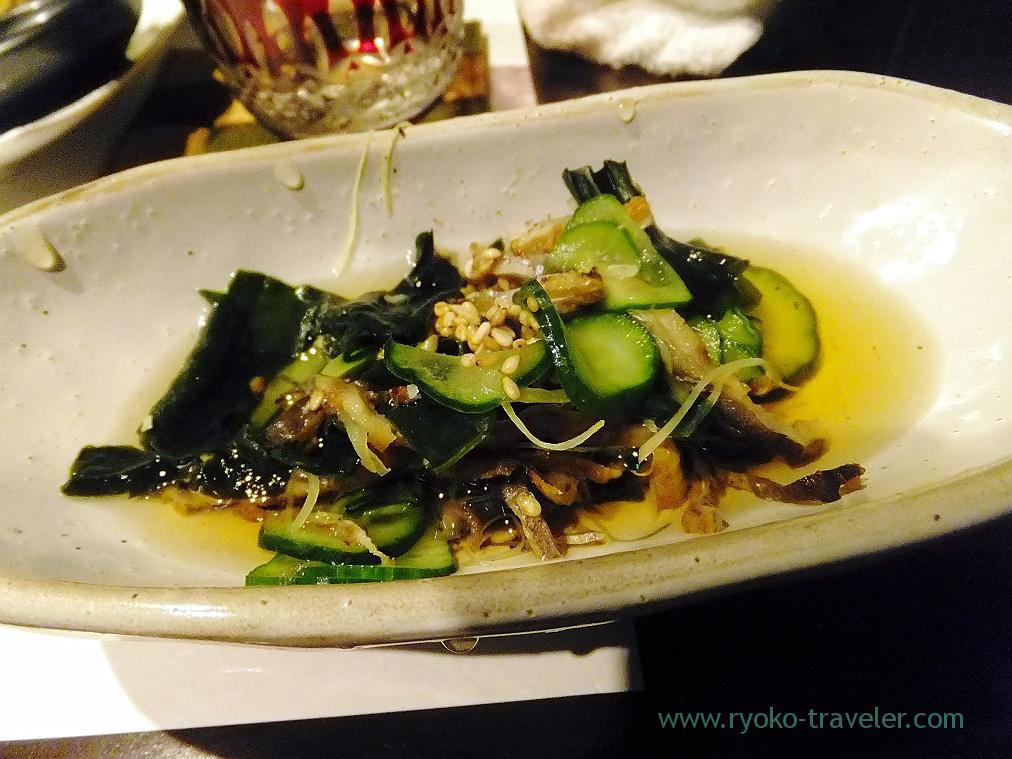 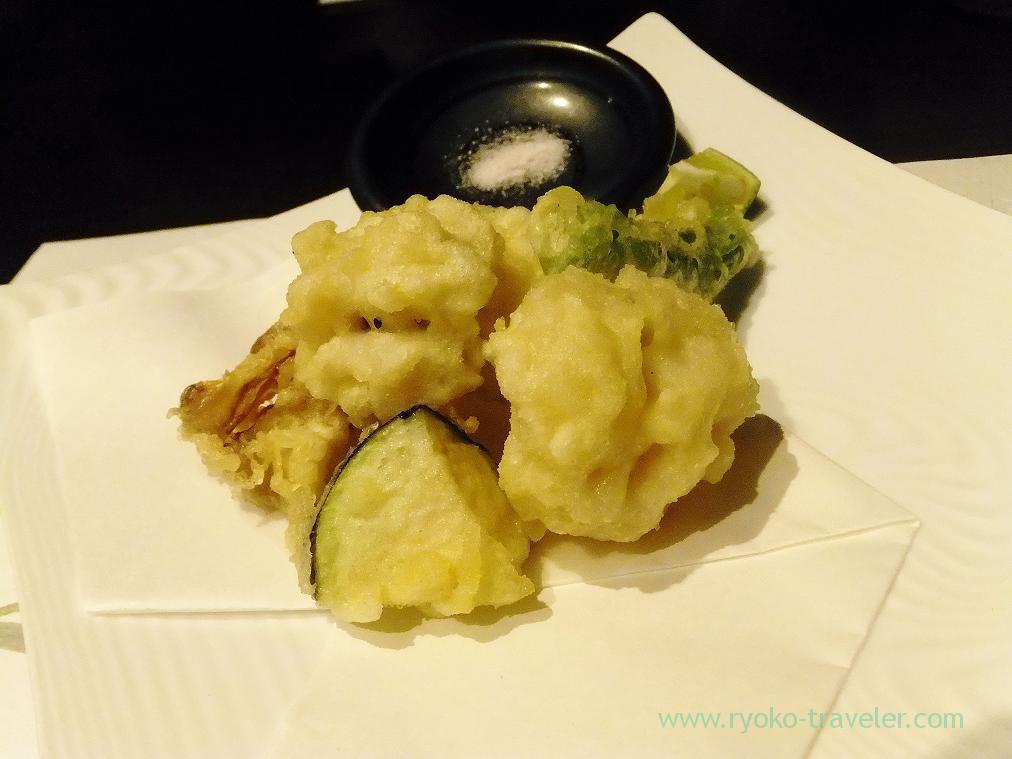 Those were so crisp 🙂 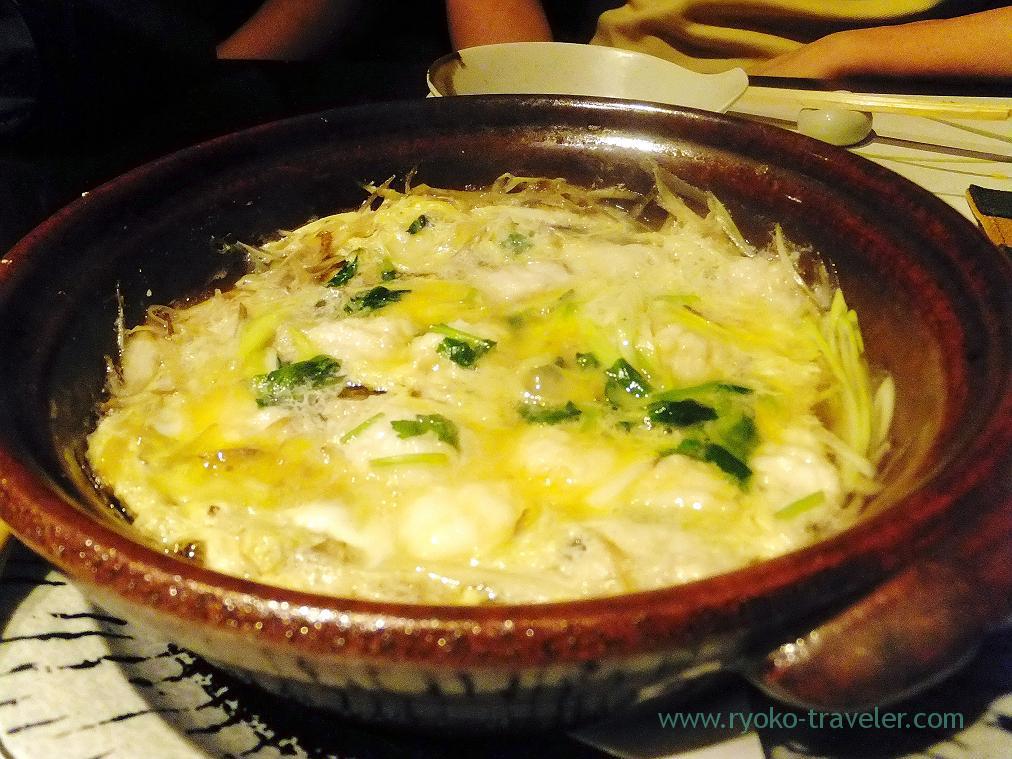 A pot of pike congers boiled in soy sauce with eggs and burdock. 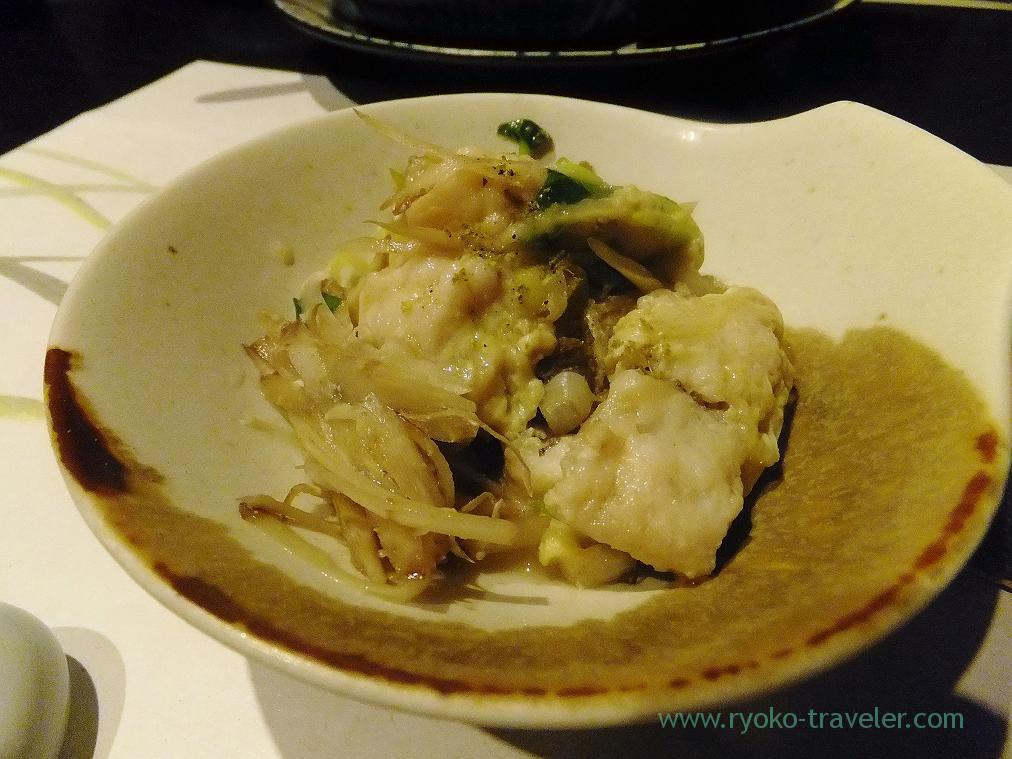 green tea soba (茶そば) came.
This soba is made from green tea(maccha?) and buckwheat. 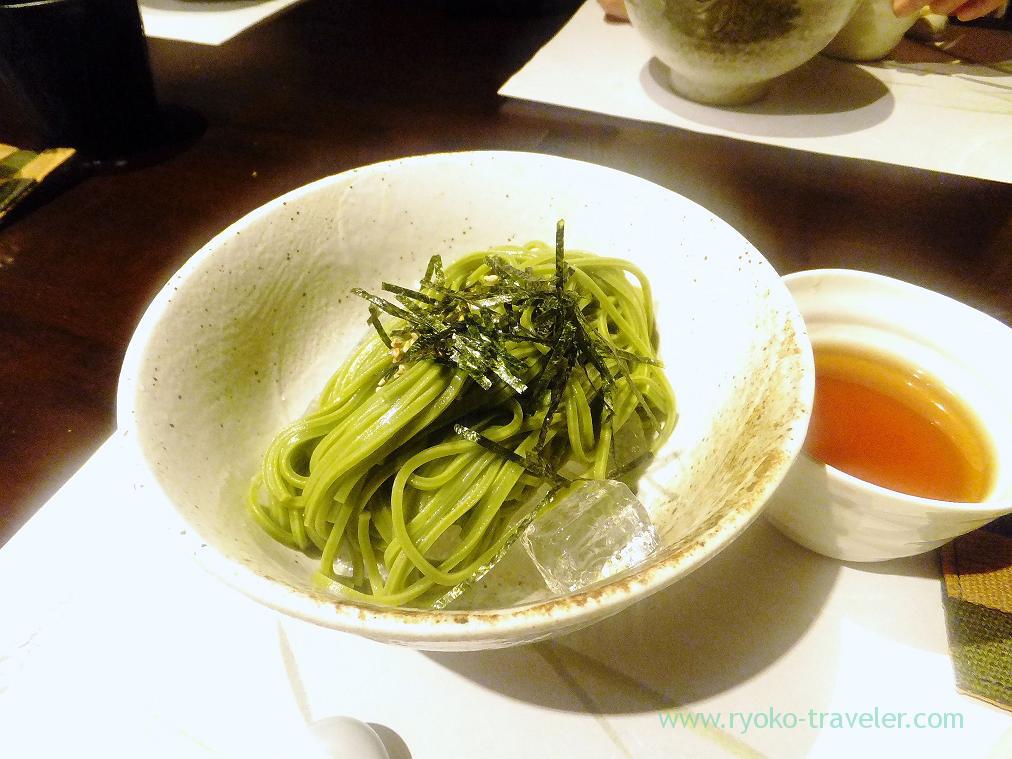 This soba was great. Nevertheless it was soba, it was so springy like udon.
Though it didn’t have much green tea flavor.

Thanks to the regular customer, we enjoyed great pike conger party.
I came to like pike congermore and more 😀

Fujimura open at weekdays lunchtime, too. And I heard karaage is delicious.
Certainly, when I came to Fujimura for the first time and ate karaage, I was really impressed by the taste.

My longing muskmelon parfait finally in front of me ! It getting hotter, and the season eating parfait make us cooler h...

Though now entering Toyosu Market is restricted to tourists because of covid-19 (The restriction is cancelled from 2021...

Delicious sashimi bowl for weekday lunch. I wanted to eat raw tuna at lunch, I went to Hajime Sengyo-ten near Tsuki...