Tasty Chinese foods are in front of a local station

I had a dinner at Chinese foods restaurant that stands in the front of Keisei-Nakayama station.
I take Keisei train from Motoyawata to Keisei-Okubo on workdays and I see the restaurant from the window in the train everytime.
I wanted to go there someday. Finally I could go to there. 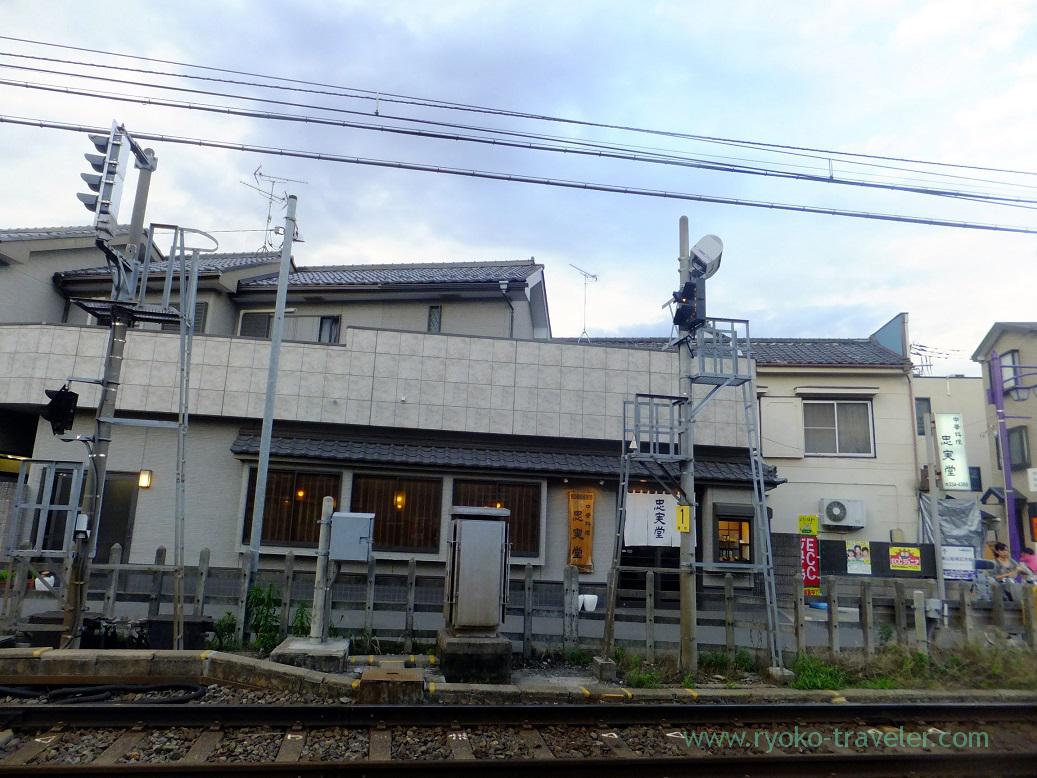 There is also Hokekyoji Temple that is famous for its cherry blossoms near Keisei-Nakayama station. I got off at the station several times to see cherry blossoms.

“忠実” means “faithfulness”.
The restaurant is just in front of the station as you see ! 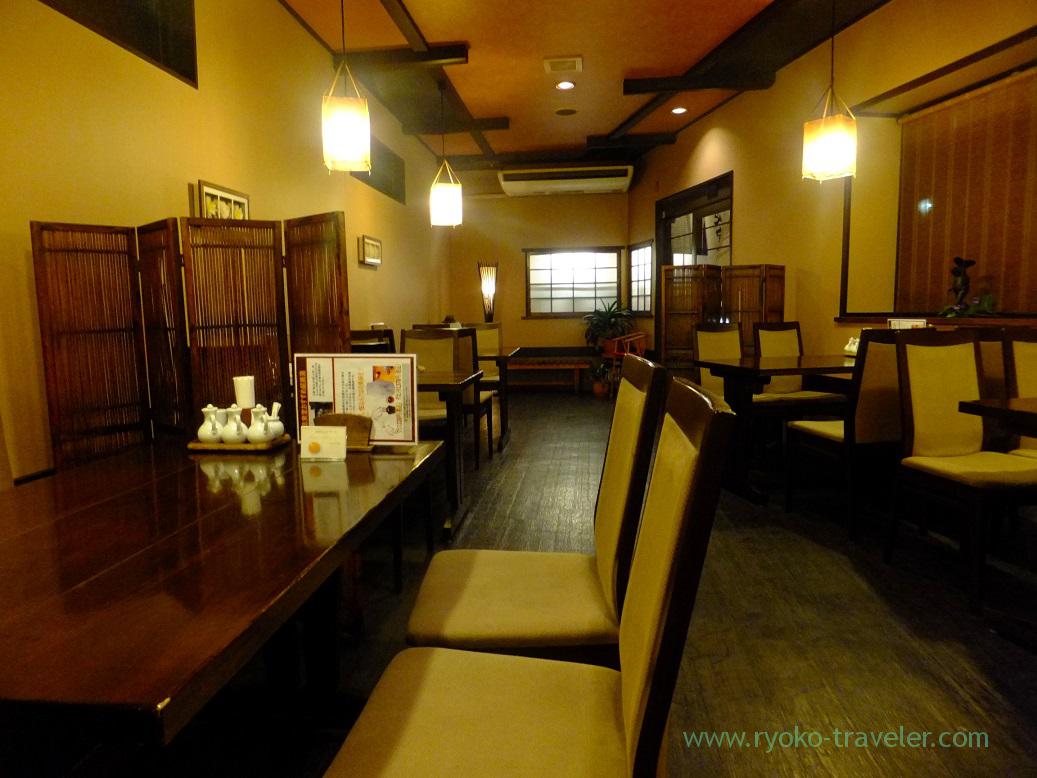 The waitress are all elderly women. It had slowly, and relaxing atmosphere in the restaurant. 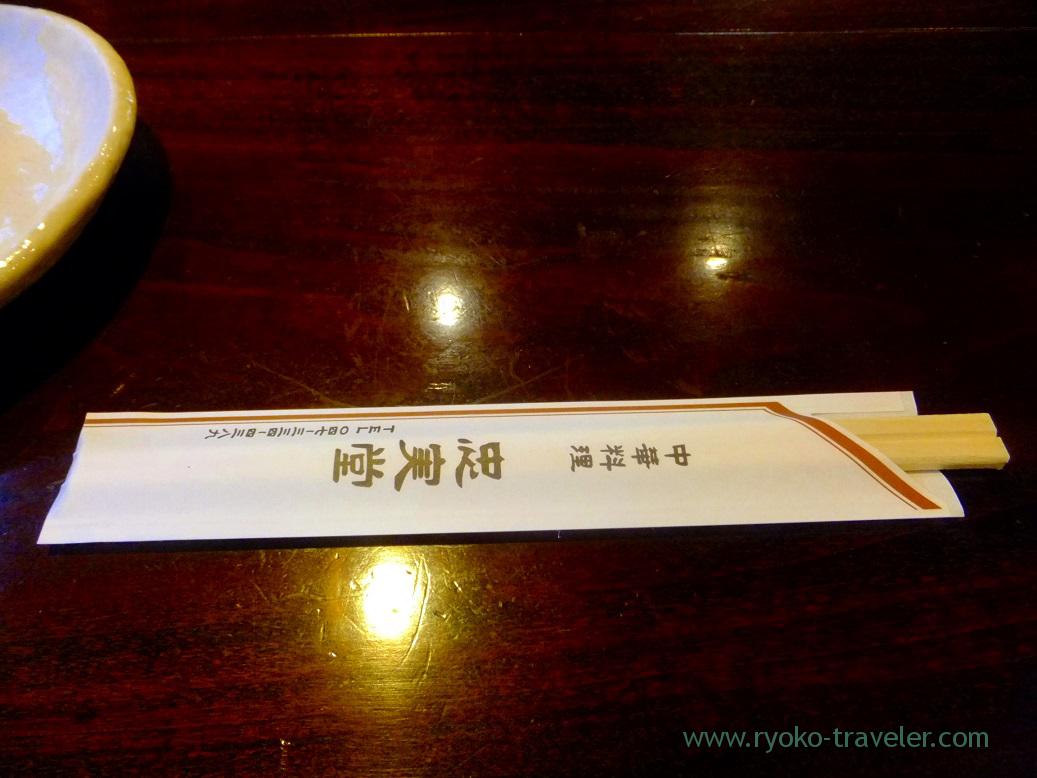 I say in advance, whatever dishes we ordered, we were impressed ! 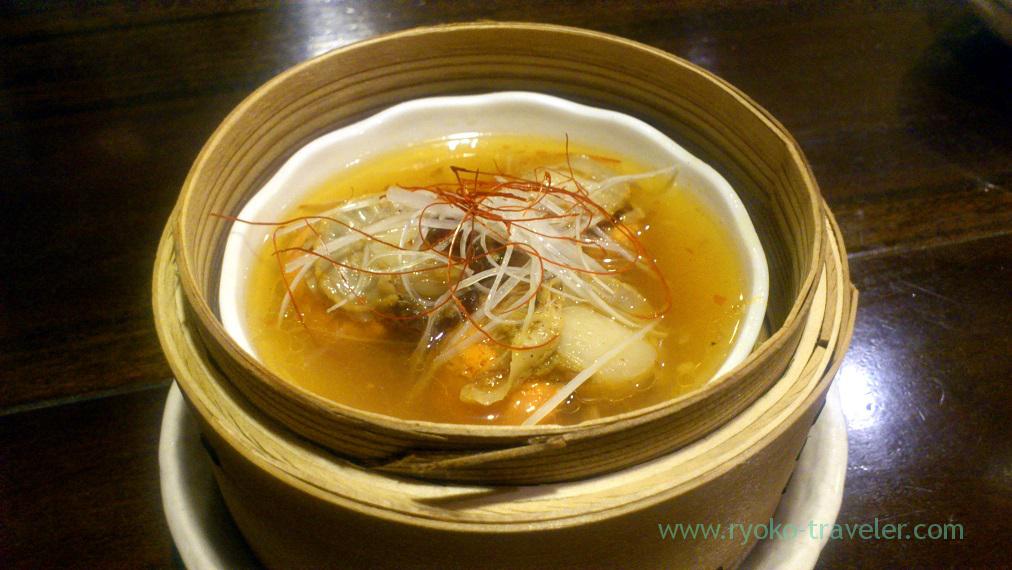 This sauce was rich ! 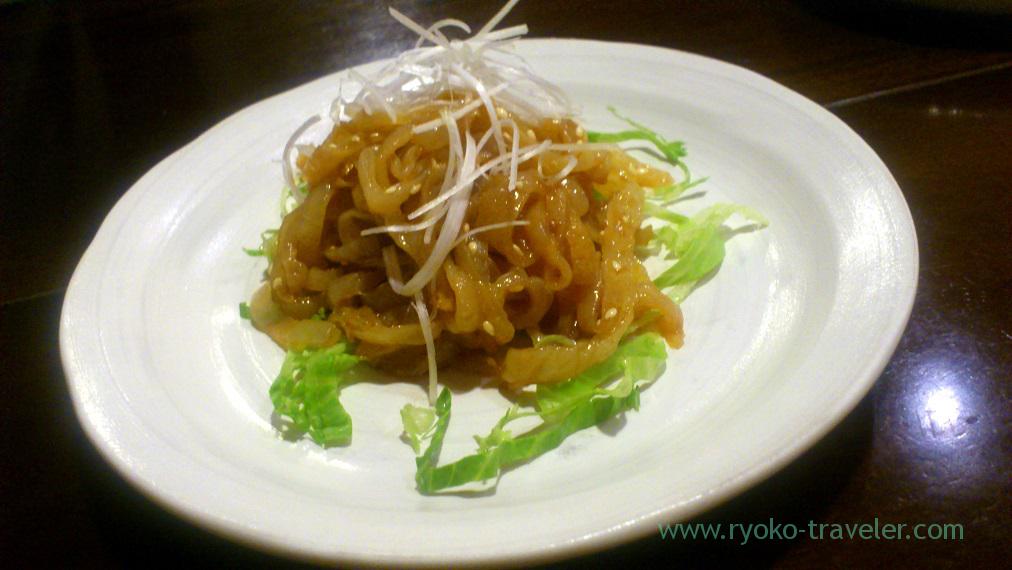 Crunchy texture and taste of sesami oil was good 🙂 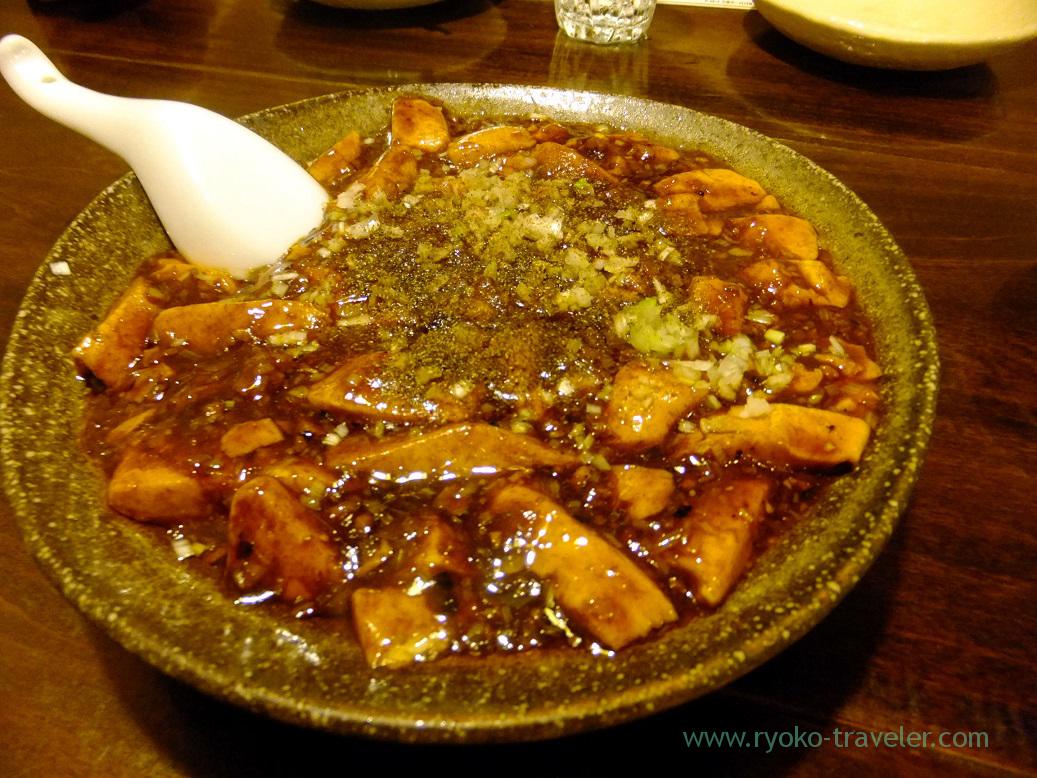 The mapo tofu is excellent ! It was enough hot for me. It had Sichuan pepper and it was spicy, but it had also sweetness of minced meat. It was awesome.
I like the degree of hotness. 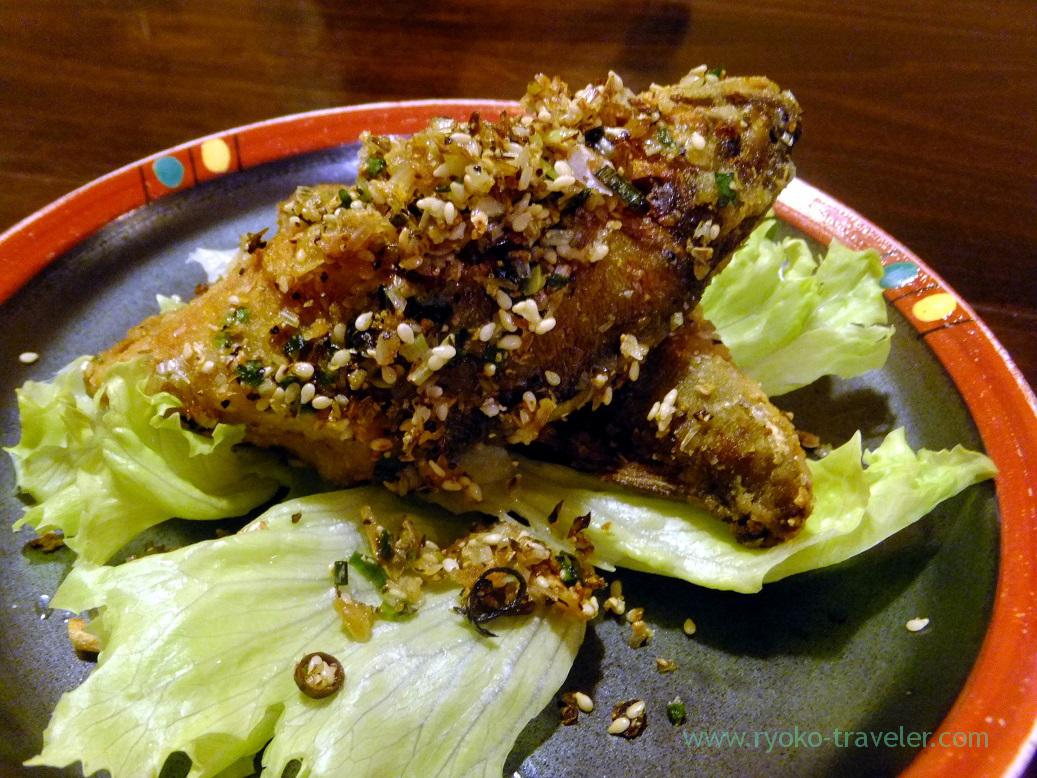 Those spices on the ayu was very good. I felt like eating with rice 😛 Sooo tasty.
We also eat “Fried chickens with spice” (I couldn’t take the picture well), and those two dishes had same seasonings 😛
This ayu one is limited to this summer season. 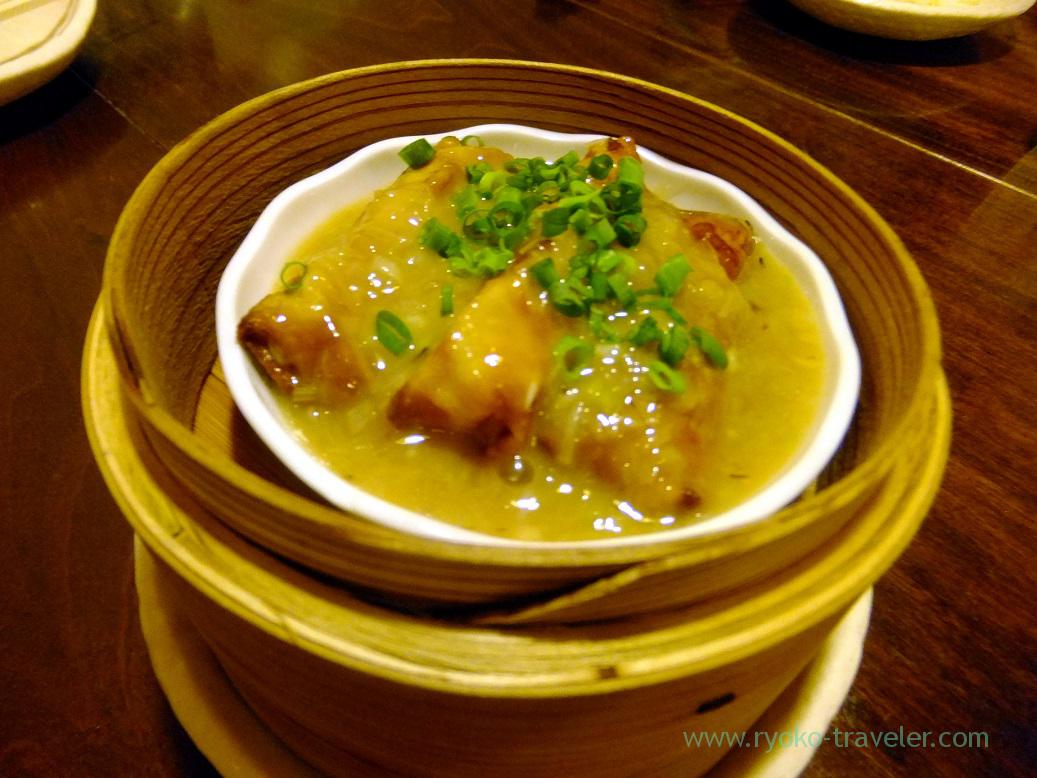 The sauce was creamy, and it was pipping hot !

And we ordered two noodles dishes. Both of that had asari crams. One had soup, and another didn’t have. 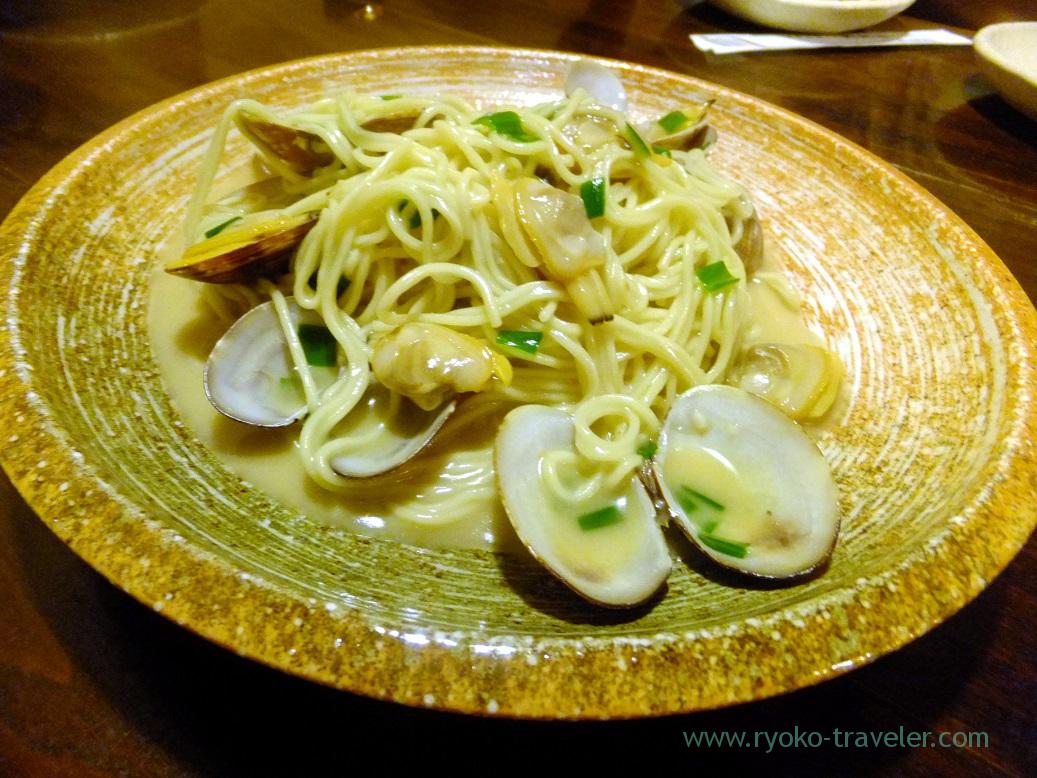 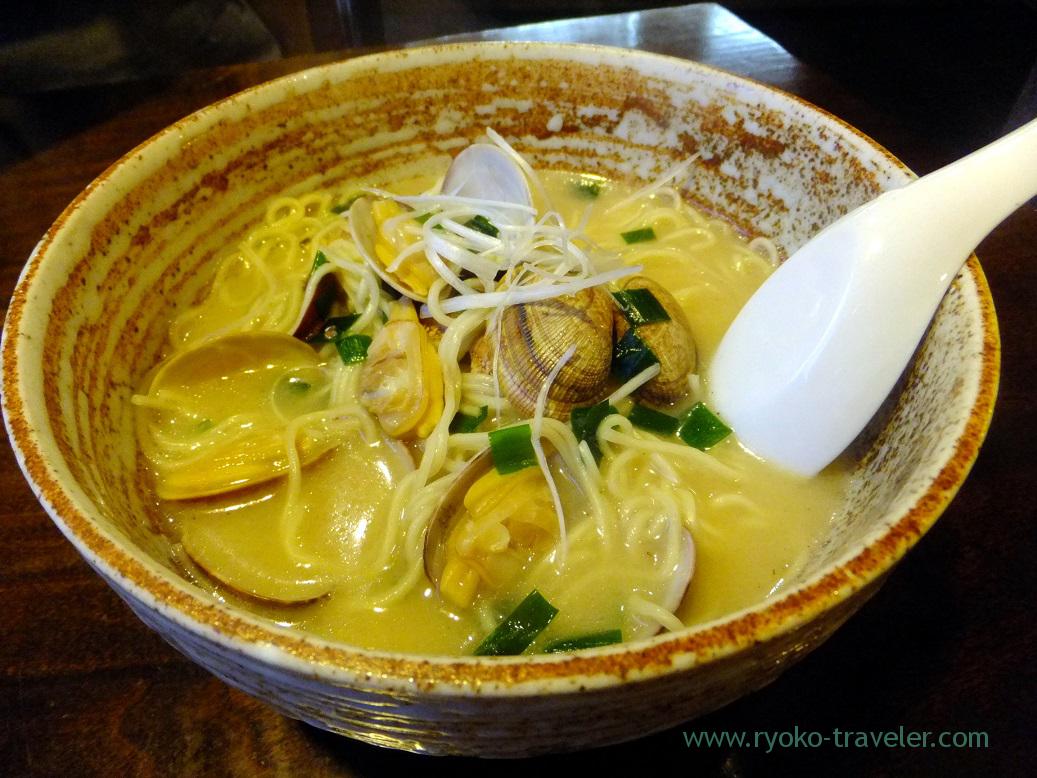 Both of that had plenty of asari cram taste !  The former was thick butter taste, the later’s soup was like diluted the former’s sauce by adding chickens soup.  Wooow ! Those were tasty !

It was hard for me not to get off at the station on my way to home since I knew the taste !
But I want to go there again before long 😀 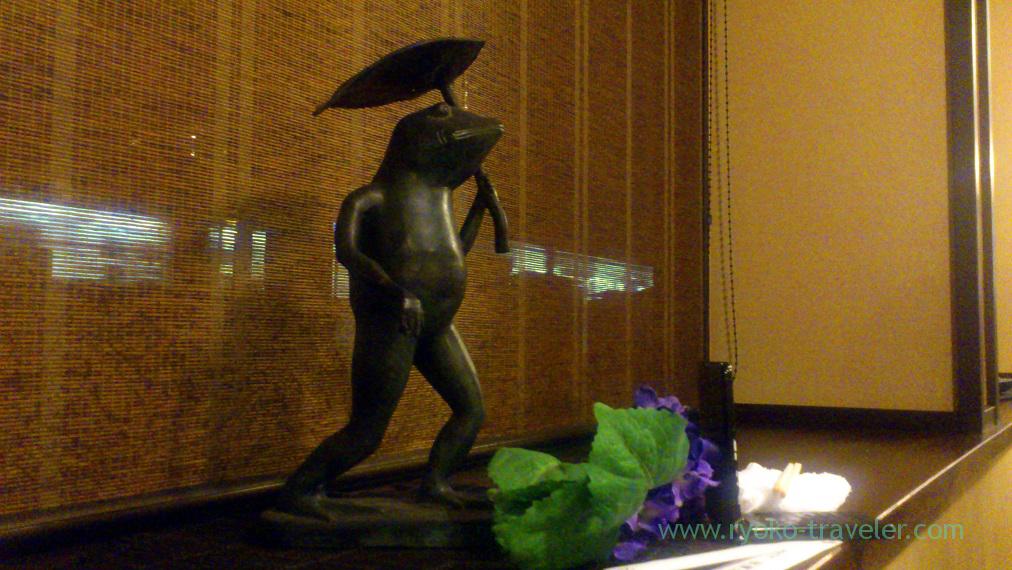 Well, I feel like eating ramen in cold weather. I went to a ramen shop that is recommended to me by my acquaintance. Th...

Zopf is said to be the Holy place for bread lovers There is so popular bakery shop too far from my home even though i...

Naritasan in new year holidays My mother and I went to Naritasan yesterday to do hatsumode. Naritasan Shinshoji templ...

New stand-up-drinking izakaya is open close to my home. The shop's name is Tachinomi Watarai. They are open from 2 p.m...
Shimousa-Nakayama : Yakitori at Toriharu
Tsukiji Market : Yachiyo and Kimuraya cafe