Now Oysters can be eaten at Choseian, too !

The weather is getting colder and colder, especially earlier morning and night.
December is coming, so it’s the matter of course. It was too warmer until last week !

So, I’ll be unable to across Kachidoki bridge so frequently as now. There are many foods that I want to eat at Tsukiji before mid-winter come.

I went to Choseian to eat one of that 🙂 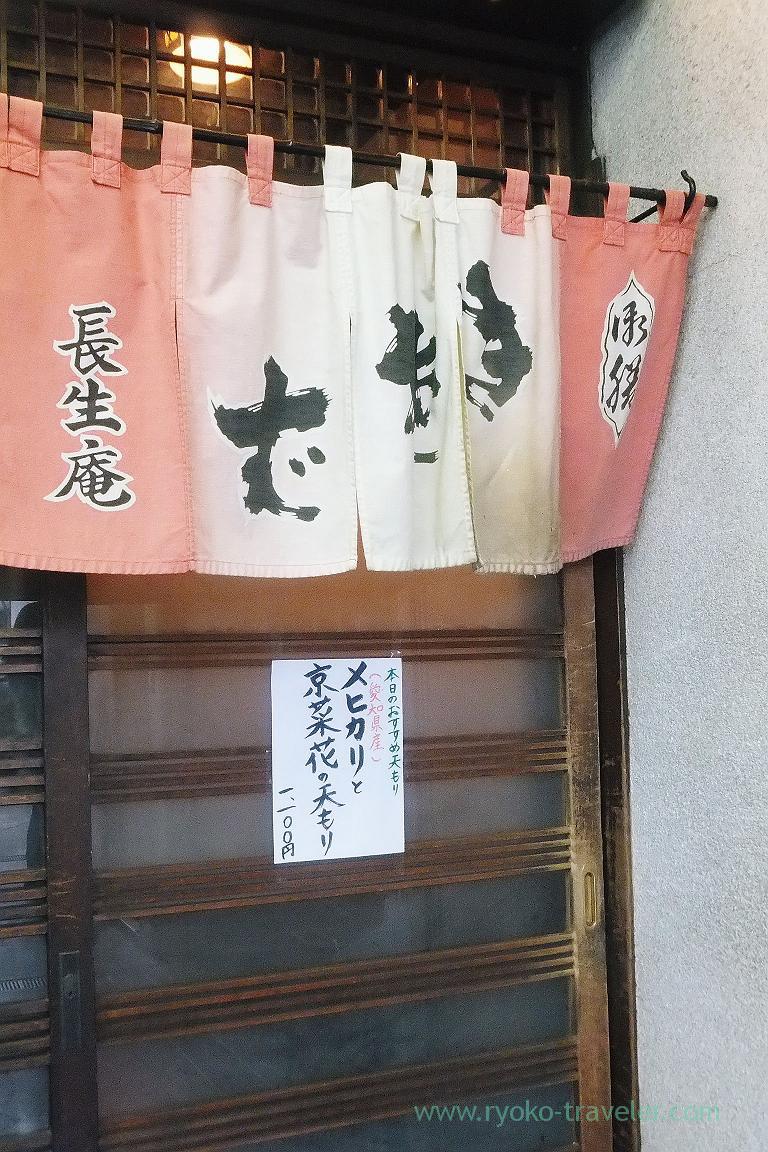 I visited Choseian for breakfast before, but I found that Choseian is also good during my lunch break and now I use Choseian for lunch.


Tsukiji : Cold duck meat nanban soba at Choseian
Still it is good season for cold soba This is a sequel of last post about breakfast at Yonehana. After Yonehana, o...

www.ryoko-traveler.com
I visited there because I wanted to eat Curry soba with oysters tempura, but the paper at the door attracted me.

I thought I’ll be unable to meet this food at Choseian if I miss this chance because such a seasonal soba is changeable. But curry soba with oysters tempura might be served until March.
Umm. I couldn’t decide soon. But finally, I decided. 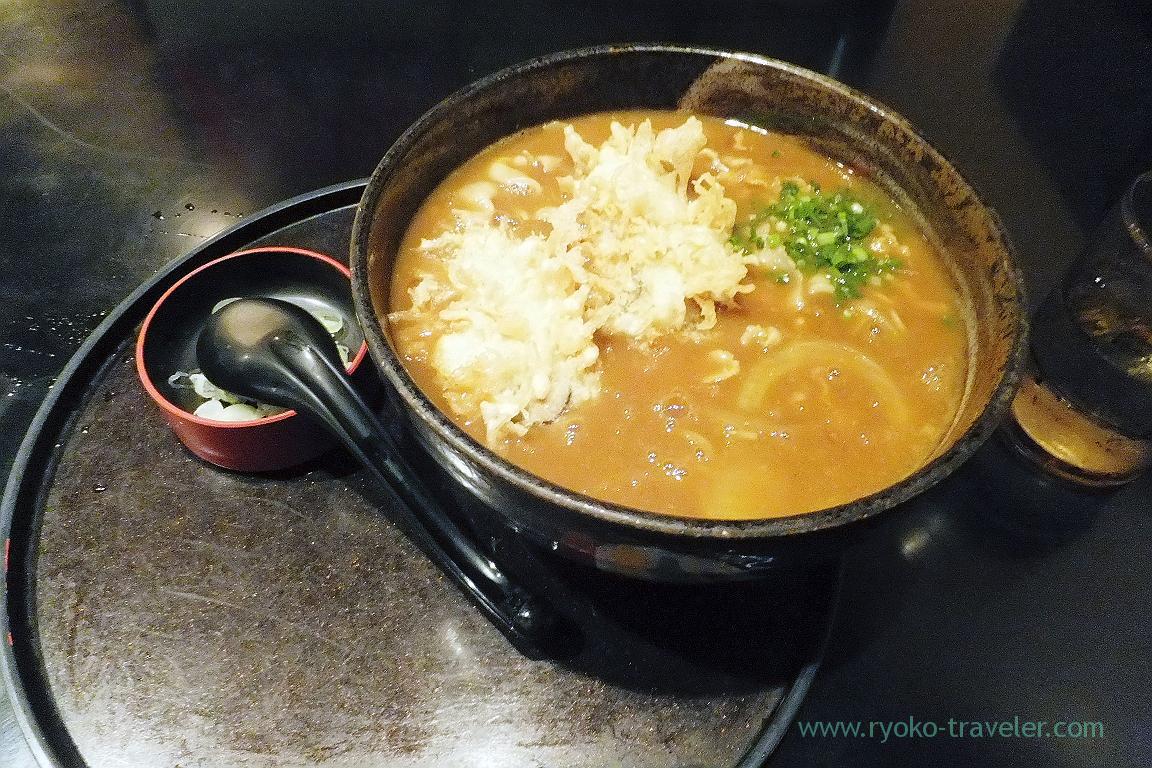 This curry soba is loved throughout years. But of course, curry soba including oyster tempura is eaten during winter only !
There was plenty of curry, so, it was very hot until I ate it up and it took much time.

There were two pieces of oysters only. But those were large ! 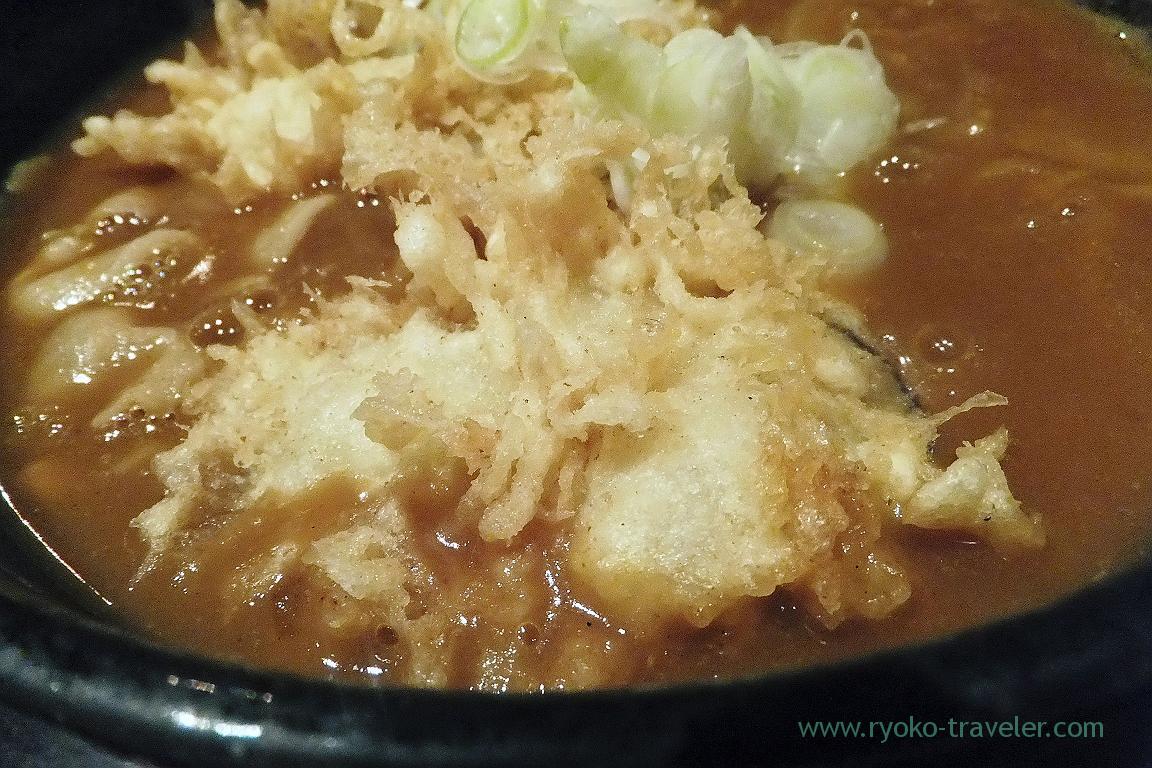 You can imagine… large oyster and its coating that absorbed in much curry was so heavy …. it was hard to hold it up with my chopsticks. 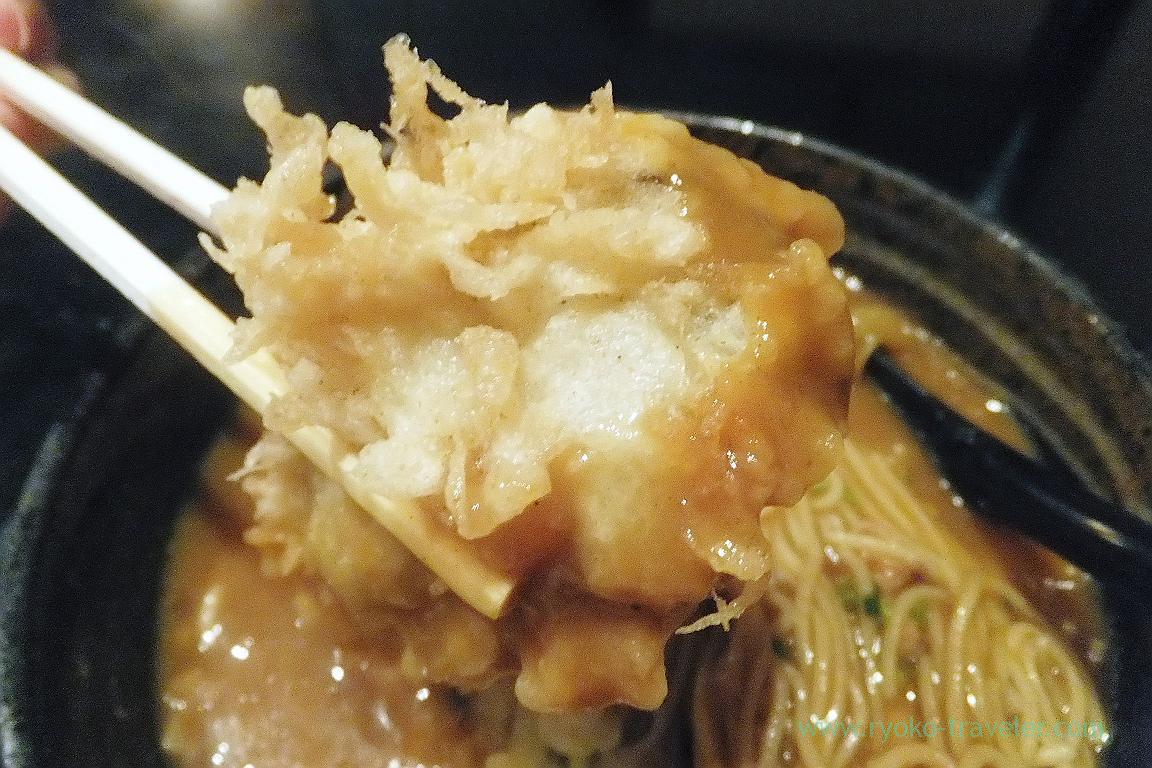 Ah, I want to soba with round greeneyes and Kyo rape blossoms tempura all the same. I’ll go there soon. I wish they still serve it. 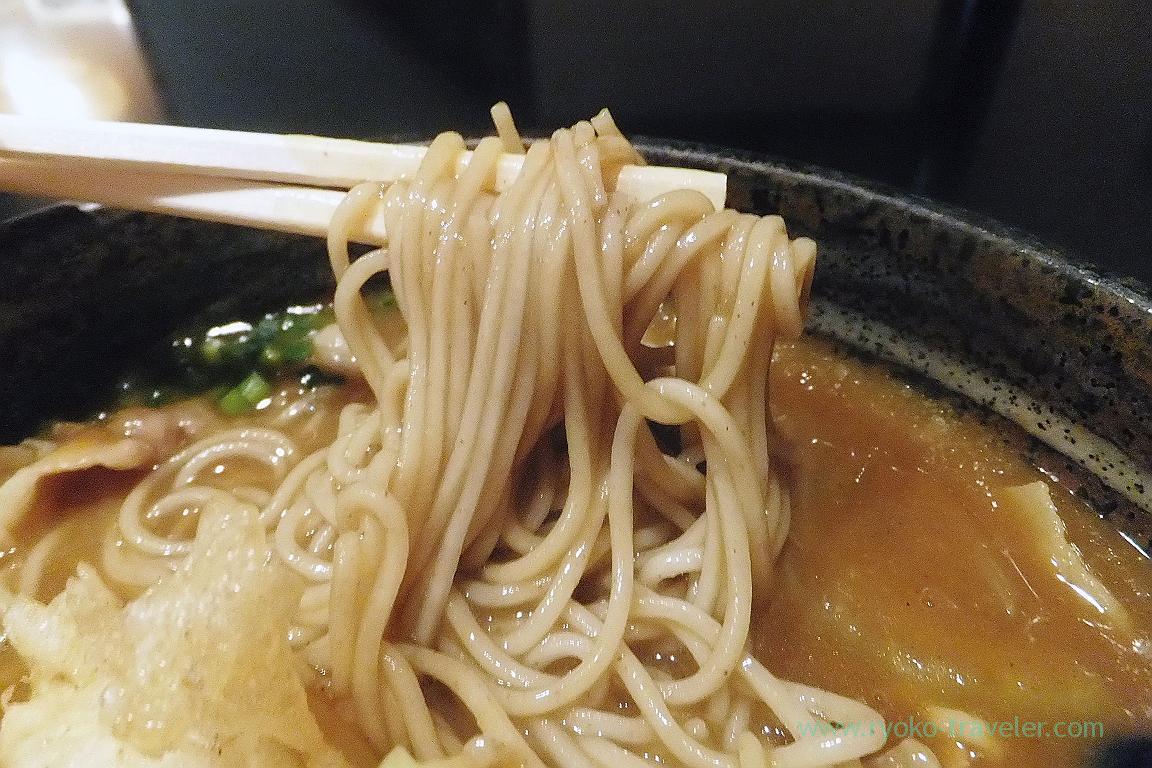 I visited Oniyanma(おにやんま) in Shimbashi area. They are stand-up-eating Sanuki Udon shop. I have been to the head shop in...

Need the courage to open the door I've just been from Hawaii ! Hawaii have clearly hot weather and blue sea was beauti...

Soft serve having tastes of Hokkaido. I visited KOTSU KAIKAN bldg (交通会館) in Yurakucho area. KOTSU KAIKAN have many shops...