Not, I jumped into the eye of a typhoon. 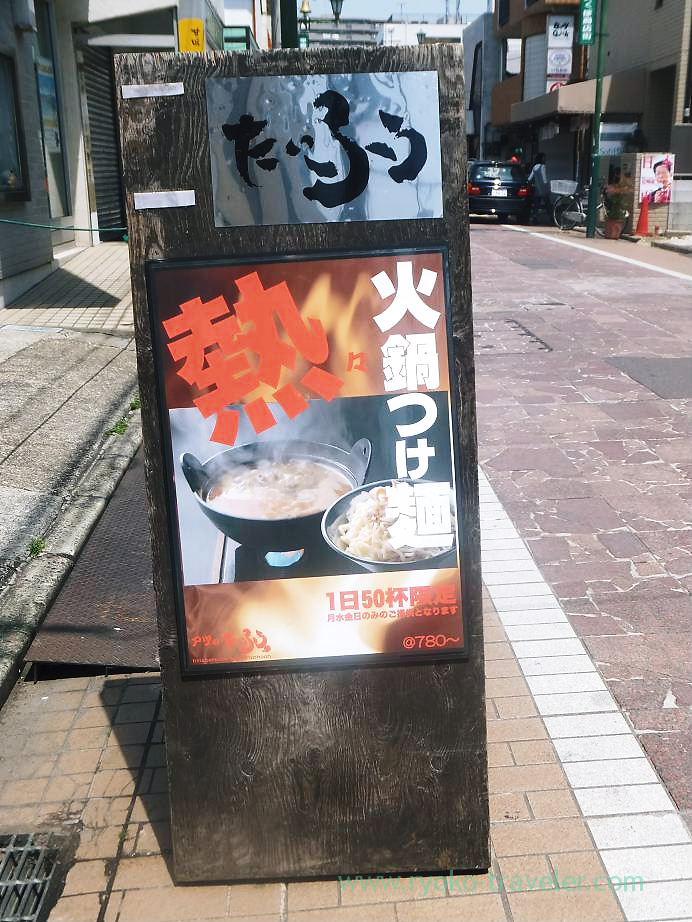 The ramen house situated amid Keisei Okubo shopping street.
This day, quintette of high school boys came after me and they were waiting outside the house.(But there were four free seat in the house 🙁 )
Then, several peoples came and also waiting after the boys 😛 (So, four persons could be in the house !)
I think the shop want to make line on purpose.

This day, they served tsukemen.
They serves alternately tsukemen and aburasoba every other day. 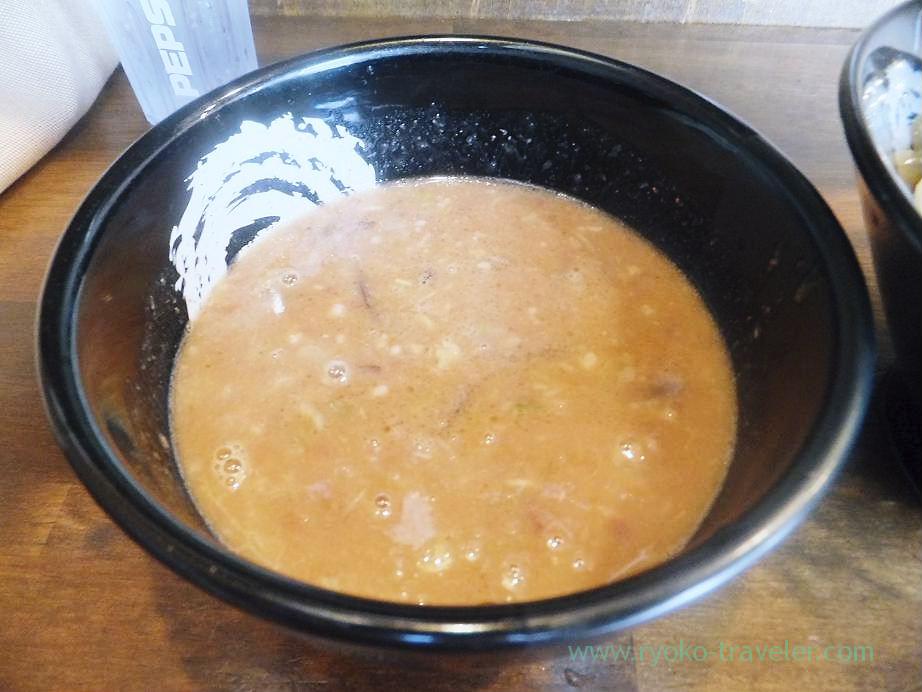 Noodles. Pork meat on the noodles was containing in the price of tsukemen.I ordered a boiled egg with soy sauce. 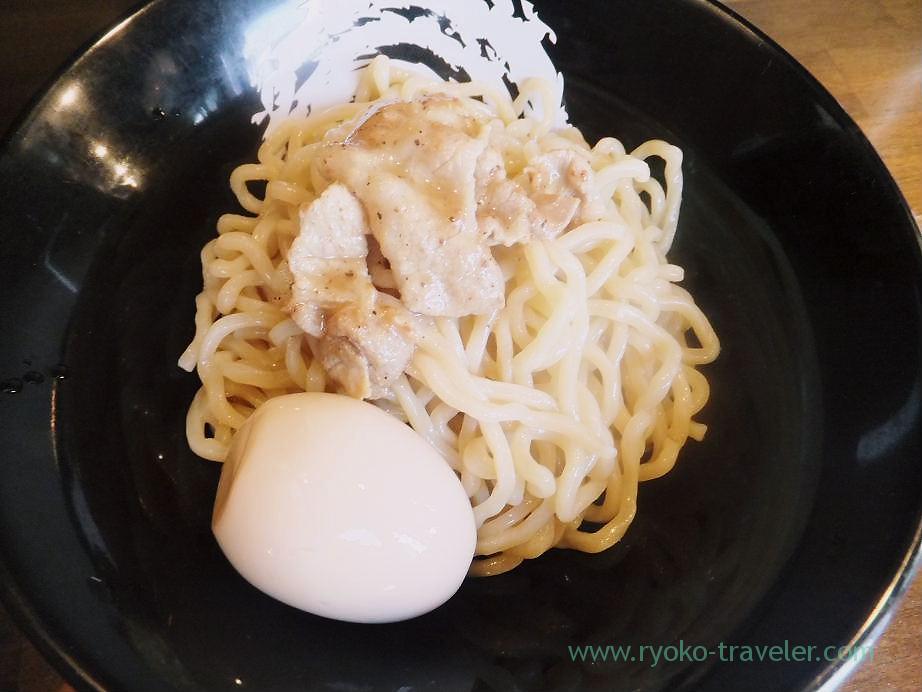 Egg was white looking, but actually, it tasted clearly soy sauce. It was a half boiled egg !
Noodles were rather thick, if anything, I don’t like thick noodles, but I like the noodles because of its chewy texture 😀

Well, at first I thought it is not thick taste and easy to eat, but around I
ate almost half of bowl,
Too heavy …I felt.

Very very thick.And there were minced pork that has settled at the bottom of a soup.
I don’t like the texture 🙁

The shop has many teenagers and twenties guests. (As far as I see the line)
…I think this tsukemen is for persons who have a good digestion.

I wonder if Tsukiji market will be crowded tomorrow.
I try to go there 😀

My favorite restaurant has changed their menus a lot. I couldn't eat Korean foods at Korean airports on my trip to Camb...

My gorgeous birthday night. December 20th is my birthday. So, we went to eat French in Makuhari-Hongo. Cinq au pied...

(Closed) Goi : Indian curry at Dewan of my hometown

I prefer kissaten to cafe. Because I feel more comfortable in kissaten. Almost all cafes have bright atmosphere. But kis...

This is tonkatsu restaurant that I had been wanting to go. Kitchen NAO The restaurant have only 7 chairs ! From le...

I found a cute cup the other day. Inside the building of Nishi-Funabashi station. a Now, I'm seeking cute cups. I...
Motoyawata : Katsushika Hachimangu shrine in Spring (葛飾八幡宮)
(Closed) Kameido : Yakiniku at Kan (寛)