Kuwon(自家製麺 くをん)
This ramen shop make their own noodles. It was still 11 a.m, but the shop was already full and some people were waiting in front of the entrance.
It seems a prefab hut. 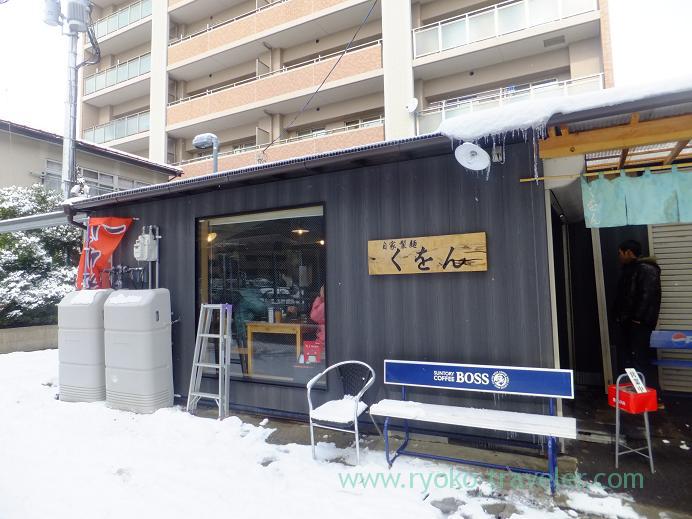 I ordered a hot soup tsukemen (辛つけめん, 680 yen). It was sweet a bit and it was really hot.
The soup was covered with a film of  oil thickly. This film kept the soup hot longer. 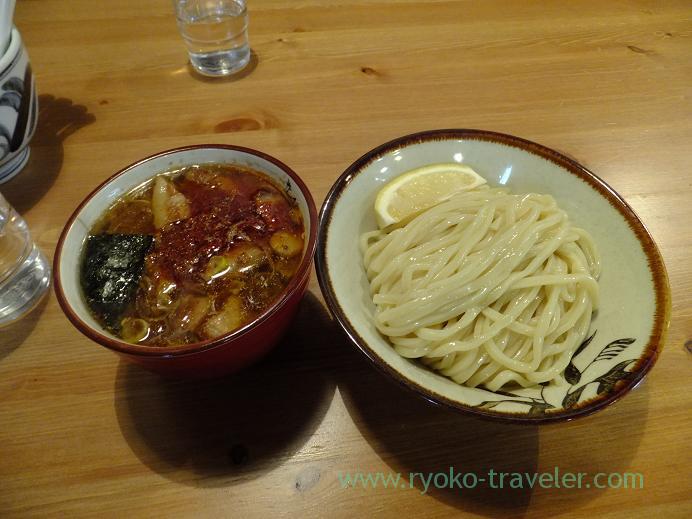 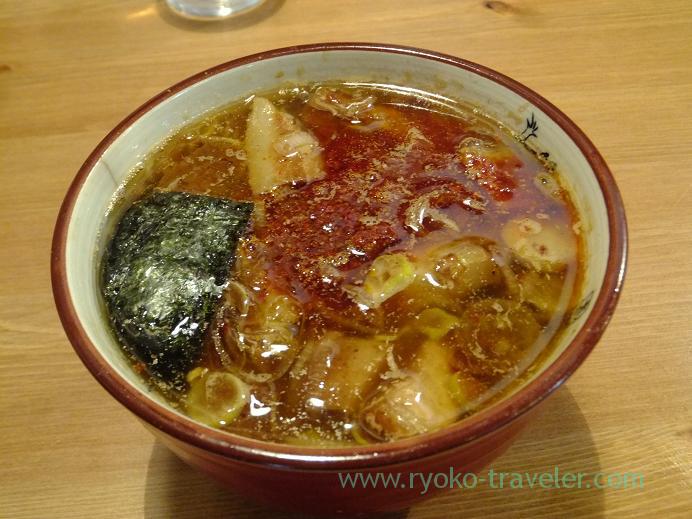 My mother ate an ordinary Chinese noodles (中華そば, 650 yen). There was a large roasted pork fillet on it.
I tasted it.
The shop use plenty of  dried bonito for this soup. So it had a taste of fish. It was my favor taste 🙂
Of course, my mother like it,too. 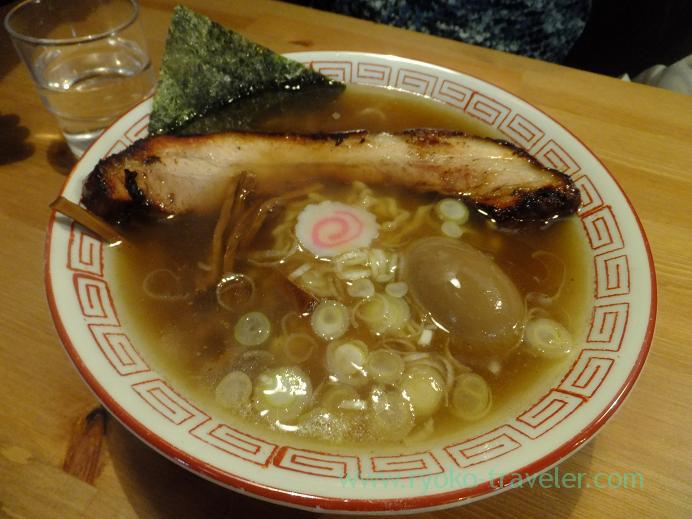 After ramen shop, we moved to this cafe. 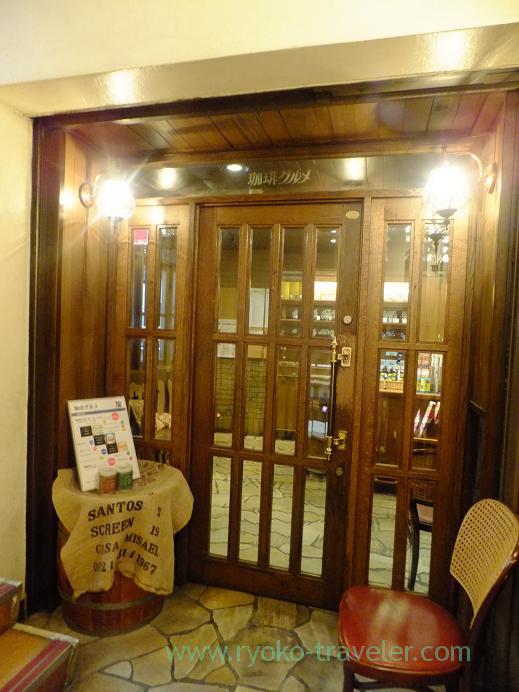 Exotic ? Classical ? Anyway, there was a good atmosphere. It is natural that women visit such a nice cafe. 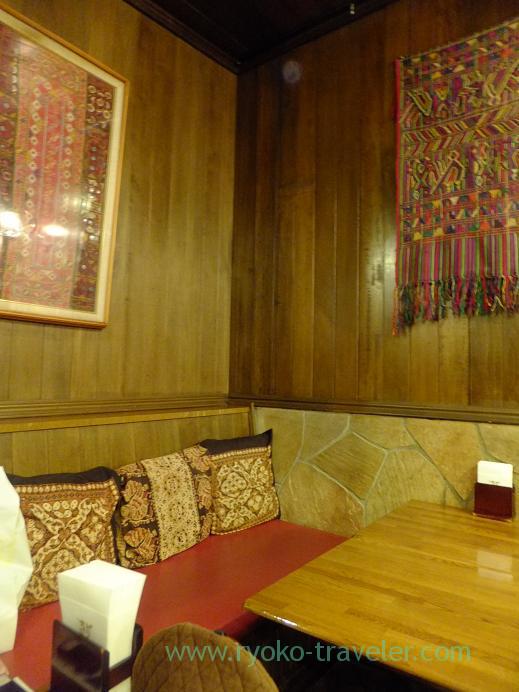 And not only atmosphere, the cafe serves good sweets in lower price 🙂
Coffee flavored Bavarian cream (珈琲ババロア, 630 yen). Plenty of ice cream on it. It was so tasty. 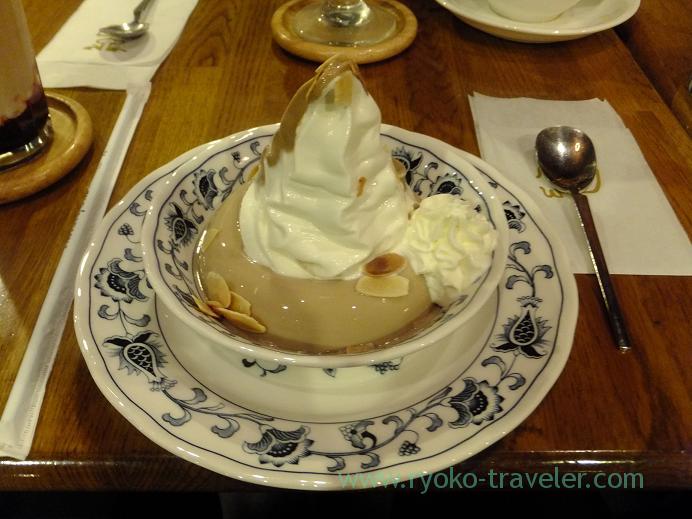 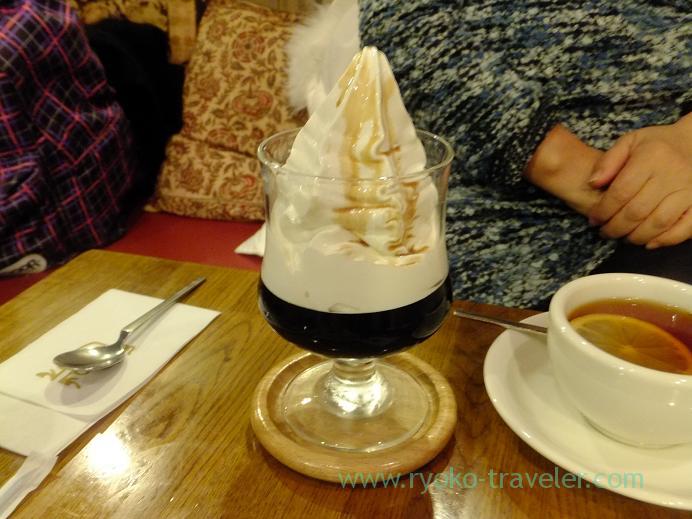 This cafe’s paper napkin is unique 🙂 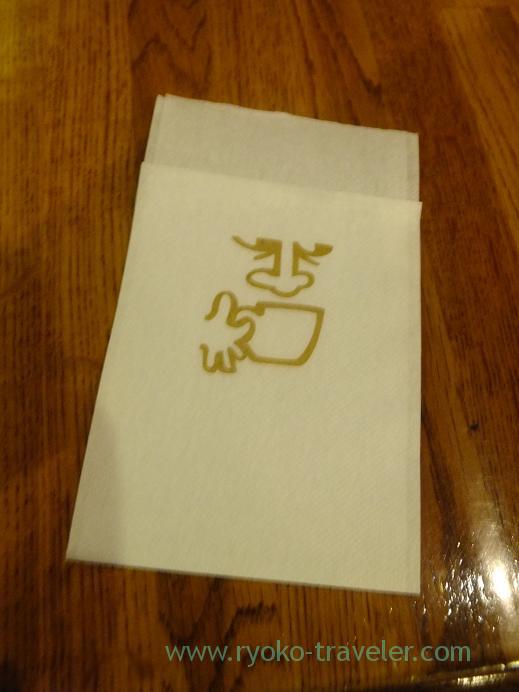 We enjoyed the cafe’s atmosphere to the full. And we went back to station.
This was a nice trip. We once again think Tamagoyu is the best hot spring inn for us.

I went to Nara to view scarlet maple leaves last month. I took a plane by low-cost airline both ways. Though I thoug...

Next morning,  I took the bath again. There was a lot of snow piling up :O And it continued snowing. The whole world...
Keisei Okubo : Narashino Bairinen near my house 2013
Yotsuya-Sanchome : Strawberry and persimmon parfait at Fukunaga