My frist Italy time past quickly …

I seeked Spanish steps again and I managed to find ! 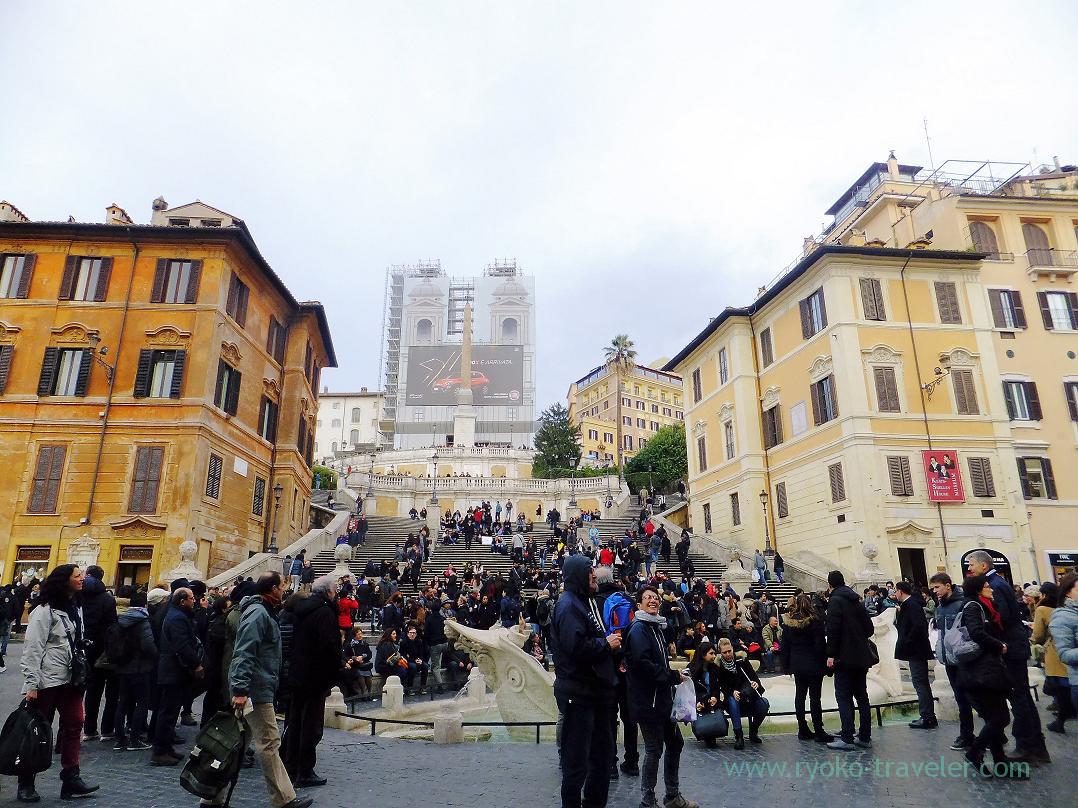 So much people gathering!
I heard now eating jelato at the steps is forbidden 🙂

By the way, I had wanted to go Foro Romano and Colosseo next to St. Peter’s Square. But I had no time to go.
If I went to there, I had to give up going to buy my mother’s bag and my leather jacket.

But I already decided to go Italy again in the near future, so I thought I can go Folo Romano and Colosseo next time.

Instead of that, I wanted to eat jelato at popular jelato shop that is named Giolitti

I think this is the most famous jelato shop in Italy. 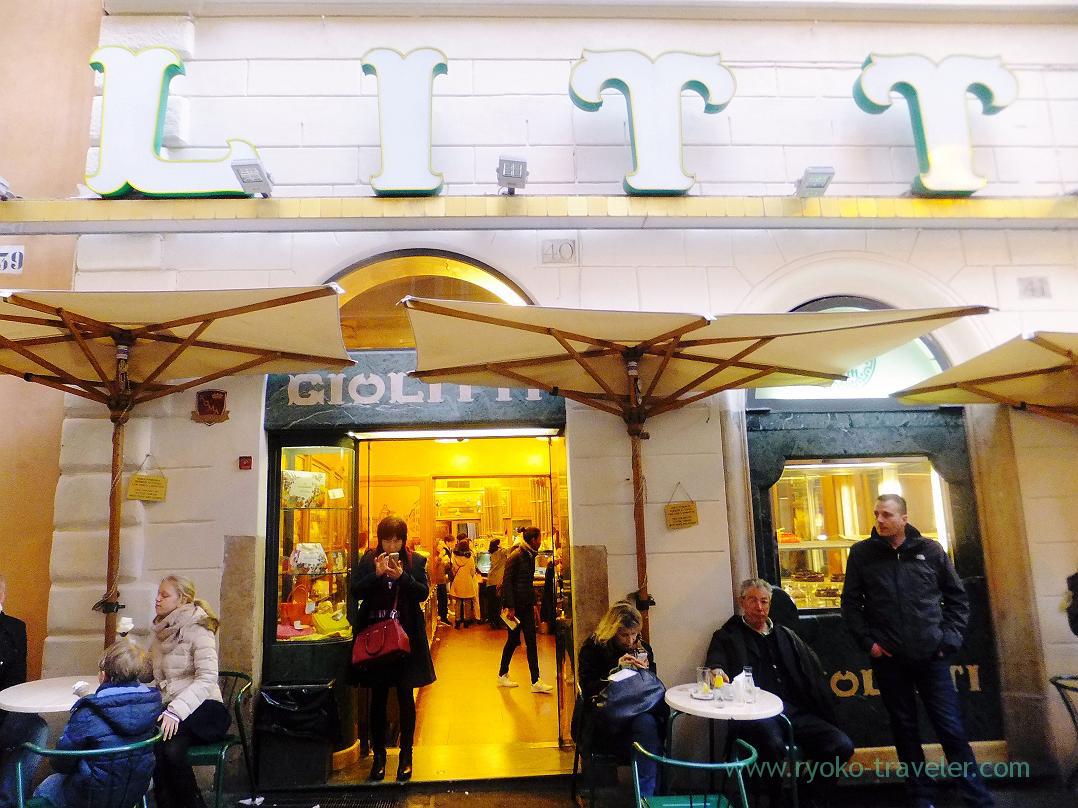 Wow ! It was hard to decide only two flavors from these flavors quickly ! 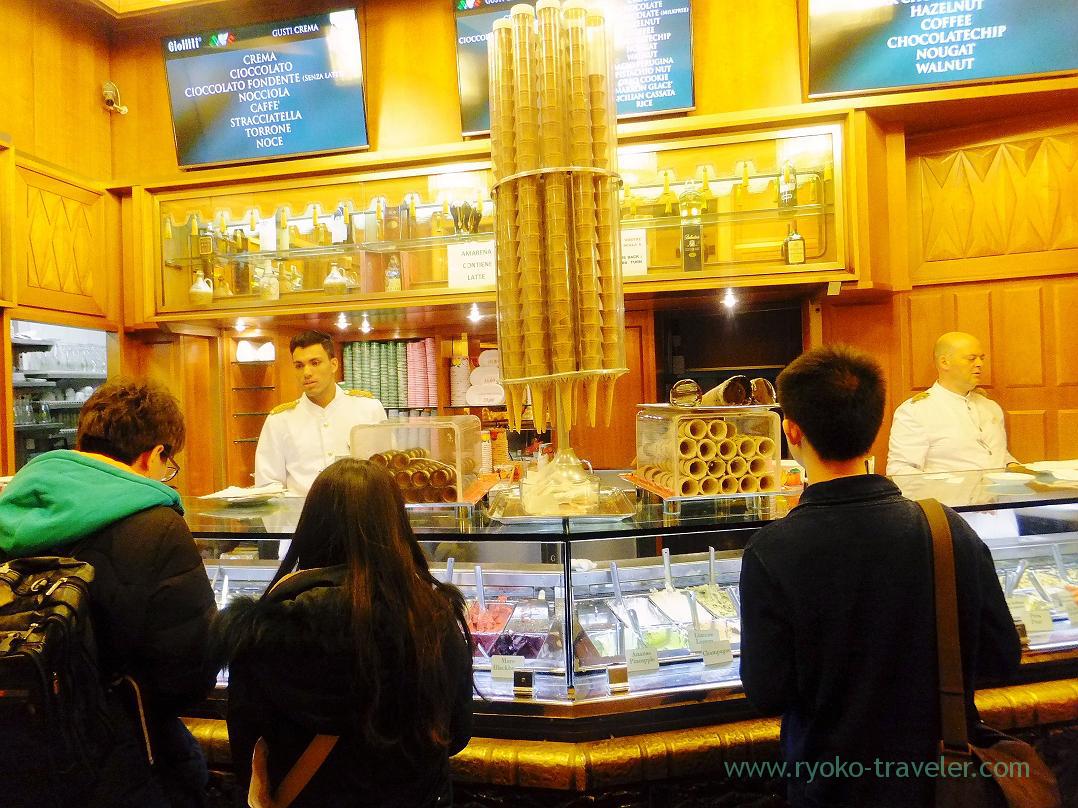 I ordered my jelato pistachio and tiramisu 🙂 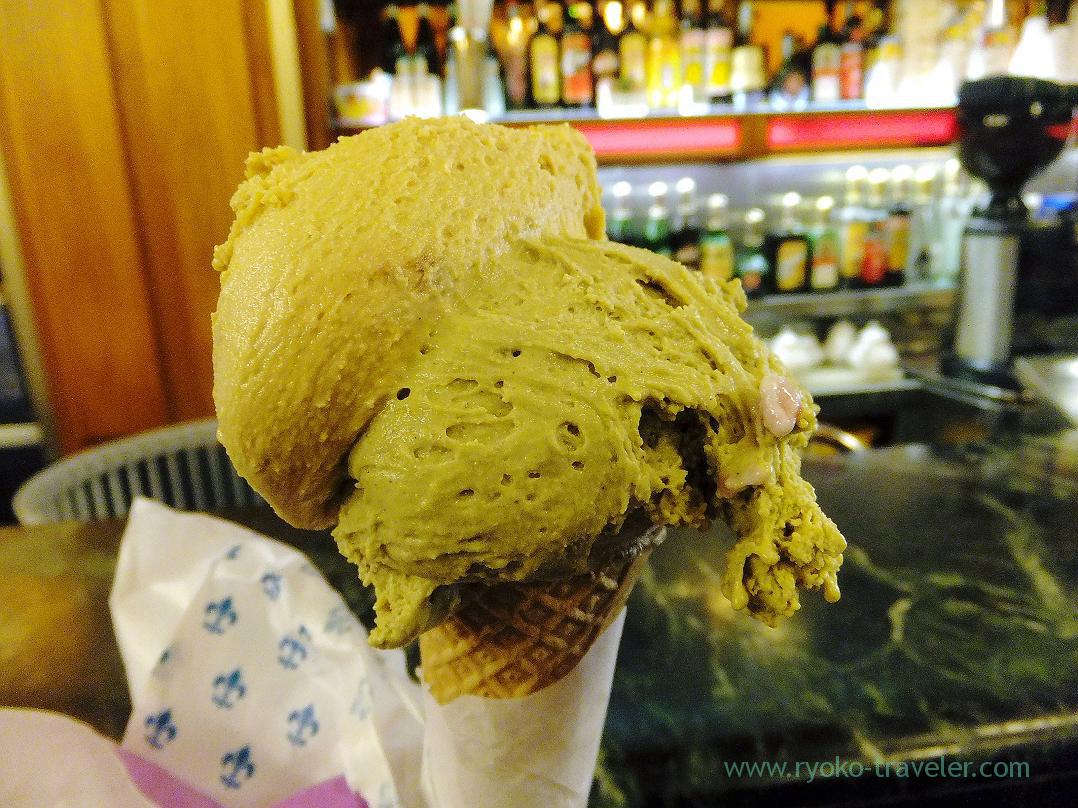 Umm. Brown and brown. It’s not good looking … but those were tasty 🙂

I was so happy that the weather was comfortably warm during my trip nevertheless it was still winter, so I could enjoy jelato !

After that I headed to KIKO and bought some. 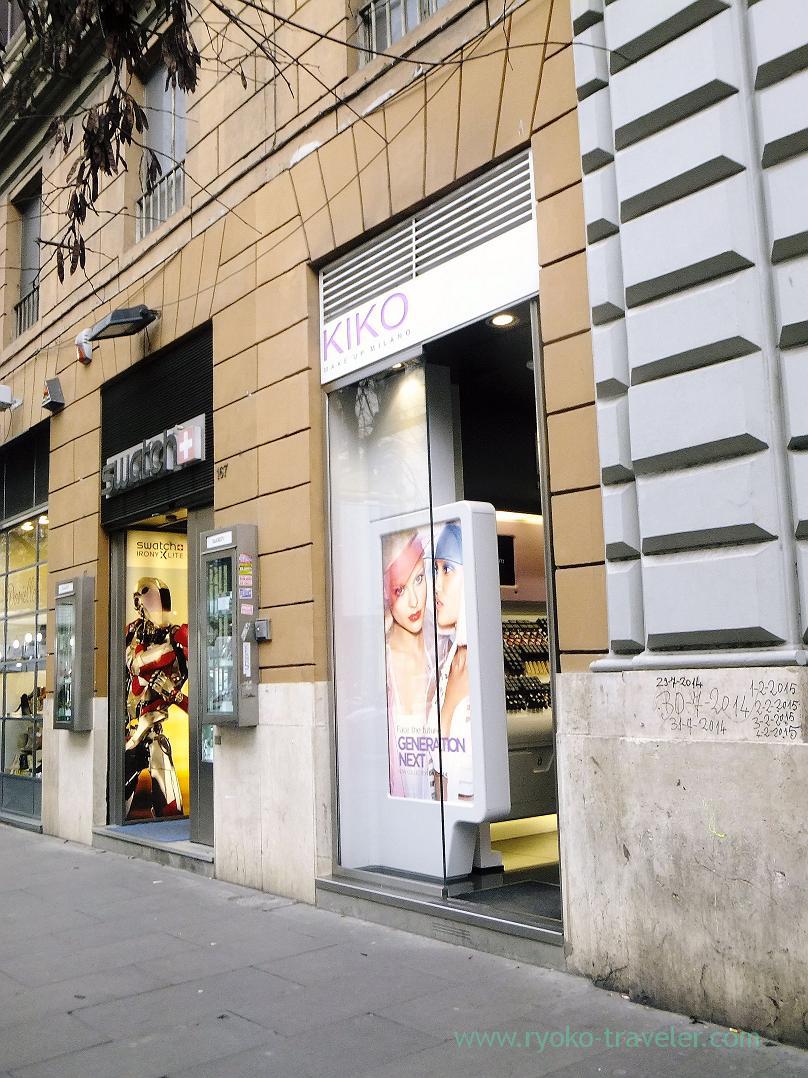 I didn’t know KIKO, but my friend recommended KIKO’s cosmetics 🙂

Before I headed to Piazza della Repubblica that was our appointed place, I went to Termini station to buy my night meal at supermarket.
Termini station was packed. I was so anxious about pickpockets. But basically, Italian people who I met during this trip was all kind. 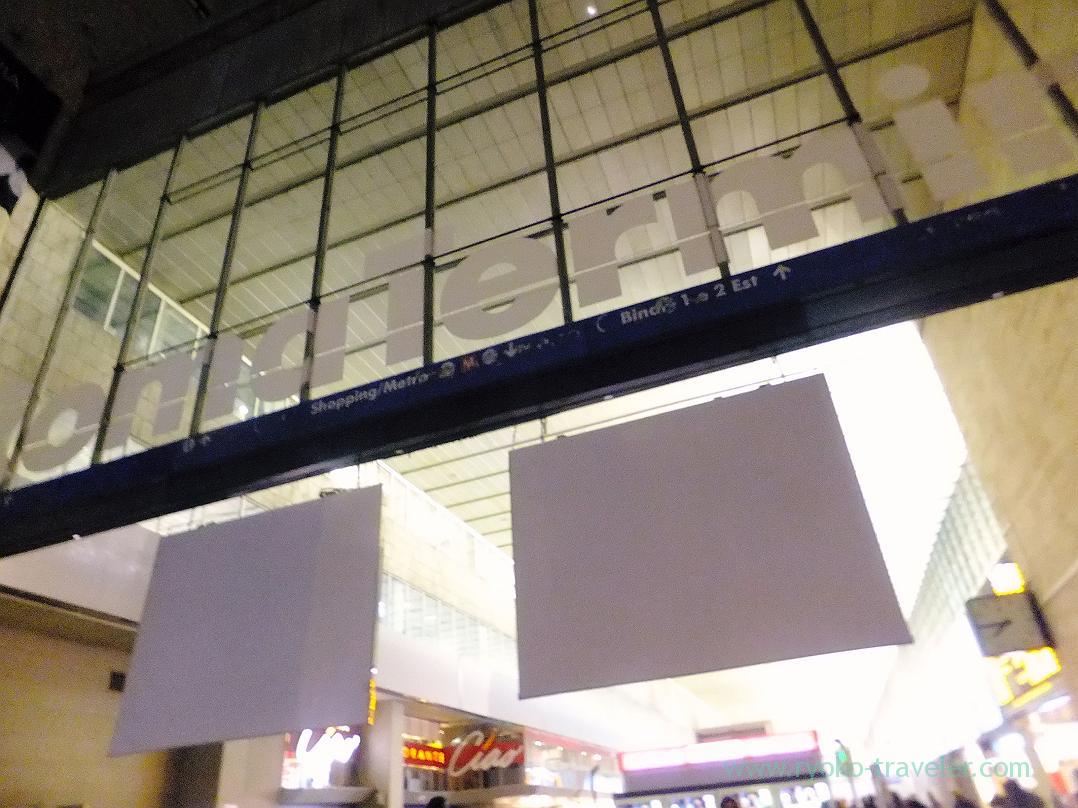 At supermarket, I met almost all people in my tourist group 😛
We gathered at appointed place 9 p.m sharp and went back to our hotel by bus.

Last day’s morning, I ate breakfast and then went to Fiumicino airport around 11 a.m.
A funny time goes by so fast… 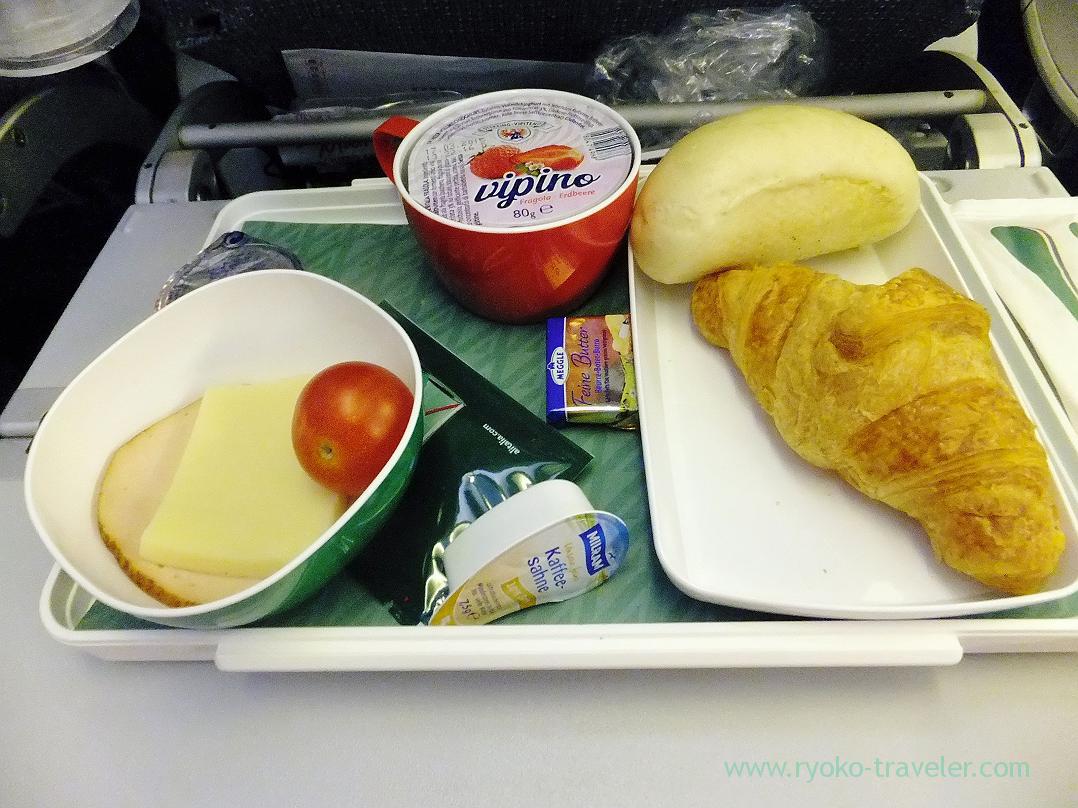 Umm. I should have bought more… But I had no idea what to buy because I didn’t think about my souvenir. 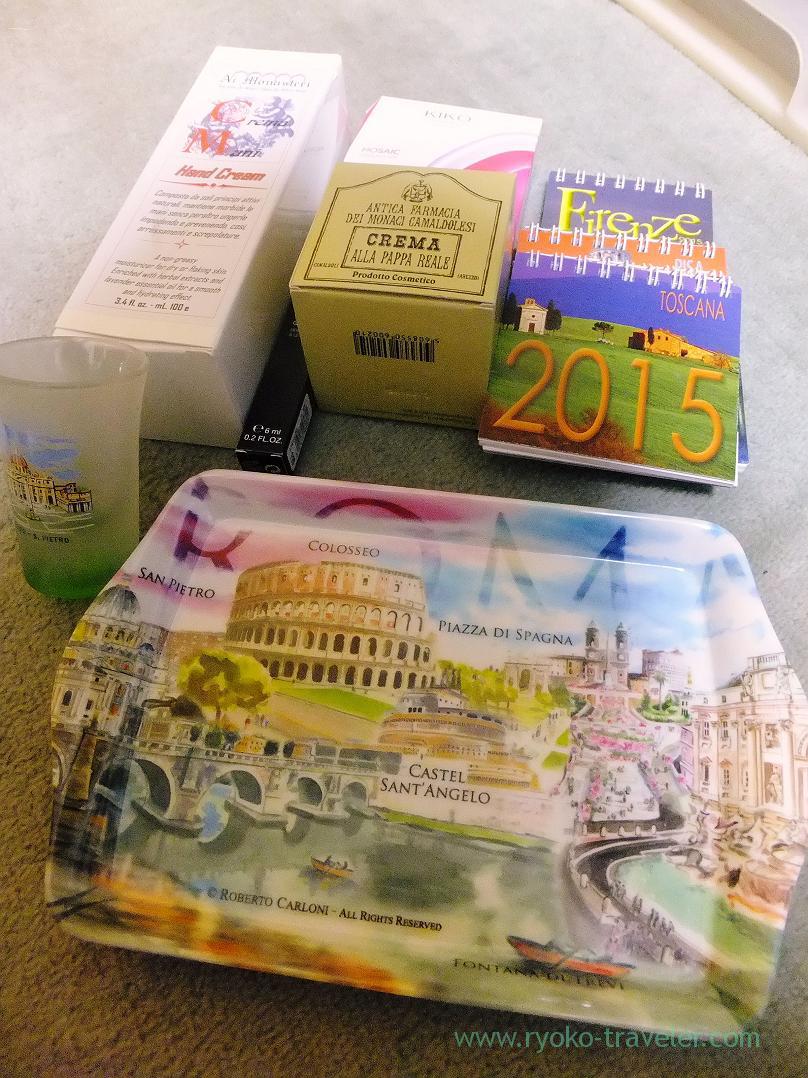 Ciobar is my friend’s recommendation ! 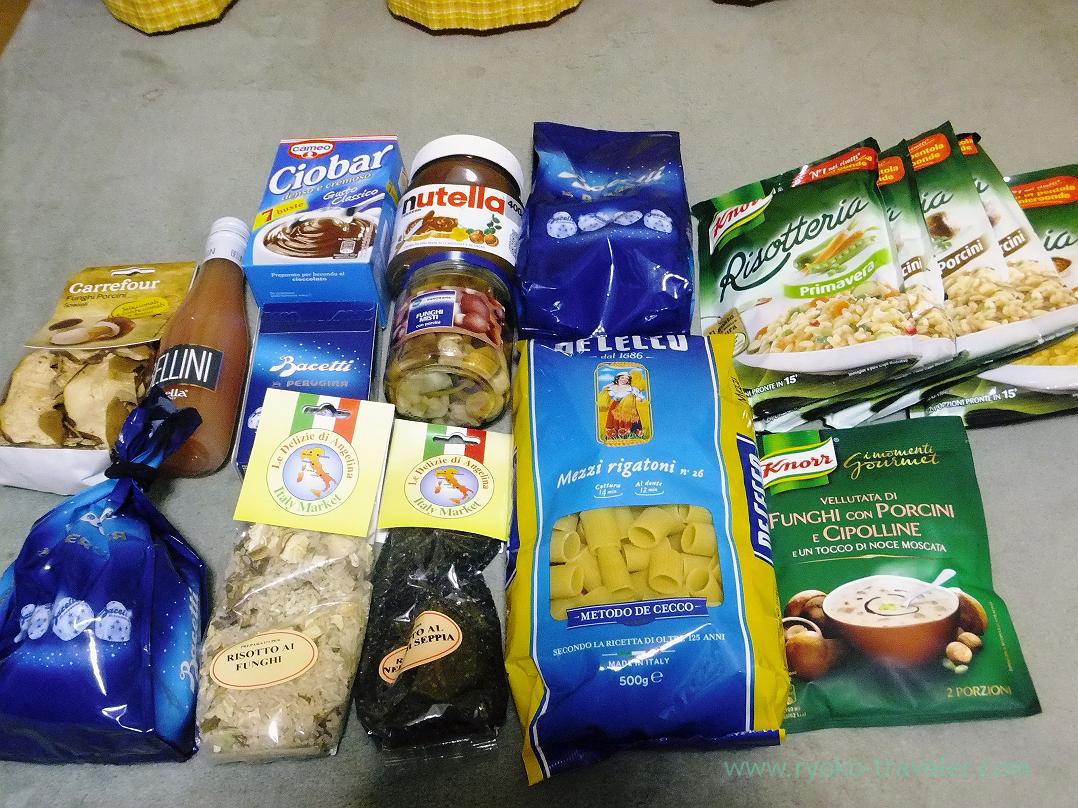 Why one of batti was open is because I had to check the amount of chocolate. This is for my colleagues 😛

After we left Milano, we went to Verona by bus. Verona ... I didn't know this town. Though I look it up with my guide...

Roman Holiday ! Last day of my trip to Italy, I was in Rome.We were free to do as we like whole day, so I thought how I...

Sorry for delay posting about trip to Italy :( Milan, Venice and then finally we arrived Florence. I felt tired from...

My room and night meal at Plato. I never forget posting about my trip to Italy...! From Venice, we got to the hotel. ...

Finally, we landed on Venice ! The third days of the morning, we went to Venice from Malcontenta by bus. Venice is...